Christmas is just around the corner, and our in-house Grump has some observations and reminiscences he wants to get off his chest – along with a few recommendations of MagellanTV holiday season documentaries to watch on your favorite device.

It’s beginning to look a lot like Christmas, and my mood is growing fitfully grumpy.

As I write, it’s barely December, and the background music in my local supermarket is already beginning to feature faux-cheerful carols among the usual mid-tempo classic rock tunes. And a friendly young woman at the checkout counter wished me “Happy Holidays” yesterday, only a few days after Thanksgiving. Well, I’ve heard worse from cashiers at this time of year, usually when I pull into the express checkout line with twice the maximum number of items.

My editor, who has a wicked sense of humor (and who, I think, might be a candidate for exorcism), has “suggested” to me that a short article about a few of the enjoyable holiday-themed documentaries MagellanTV has available would be a fitting addition to our Articles section. “Just try to think of it as sharing some cookies and eggnog with our members . . . if that wouldn’t be too much of a stretch for you, Grumplestein.”

“Yes, sir,” I said, punctuating my acceptance of the assignment with a casual military-style salute. When his back was turned, I was tempted to give a less benign type of salute, but I restrained myself. It is well known in my line of work that editors have eyes in the back of their heads. And besides, I was sort of grateful for his suggestion, as I’d pretty much run out of article ideas to pitch to him anyway.

You might want to sit down for the sad tidings I’m about to bring to you: Santa Claus isn’t real. I hope this doesn’t ruin your Christmas, but I feel duty-bound to inform you that most of what you thought you knew about Santa is rubbish. He isn’t (or wasn’t) a jolly, corpulent, white-bearded, European gentleman of a certain age. He doesn’t live at the North Pole with the adorable Mrs. Claus, who looks just like your favorite auntie. And he doesn’t have a workshop full of cheerful elves to pack up all the presents or a cohort of flying reindeer to pull his sleigh as he delivers those gifts to all the good girls and boys of the world.

That Santa Claus (aka St. Nick) is the protagonist, if you will, of a tall tale made up to keep children from driving their poor parents batty all year long. Or, as my mom used to threaten, “If you and your sister don’t stop fighting, Daddy is going to brick up the chimney – and Santa’s never going to come back!” That shut me up, but my sassy little sister, Siobhan, wasn’t buying it and averred that Santa could probably figure another way into the house. Then she kicked me in the shin and ran away. 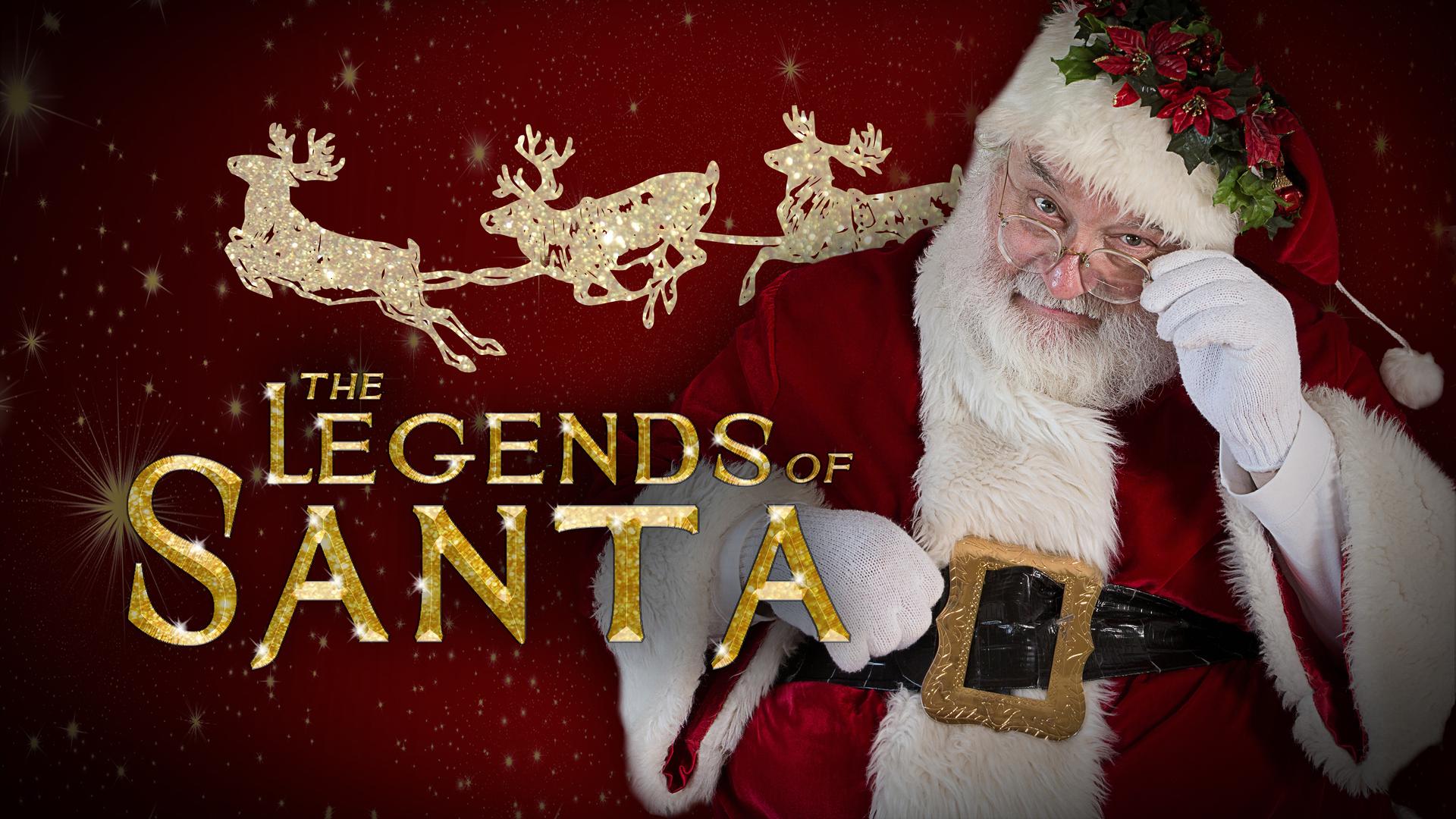 Now, if you want the real skinny on Santa, you can curl up with your cat and a tasty cup of hot chocolate and watch not just one but two myth-busting MagellanTV documentaries (The Legends of Santa and In Search of Santa Claus) that reveal how the myth developed from the story of the real St. Nicklaus, who hailed from a little town in Turkey when it was still part of the Roman Empire.

Fun fact: He was sainted, according to legend, for resurrecting three boys who had been slaughtered by a butcher during a famine. I kid you not.

Few toys have ended up under Christmas trees (or in close proximity to Chanukah menorahs) more than sets of brightly colored LEGO bricks (or “elements”). So popular have they become that one suspects a fairly large proportion of LEGO sales are being scarfed up by “children” over the age of, say, 21. This disinterested observer’s suspicion is pretty much confirmed by MagellanTV’s eye-opening documentary Inside LEGO at Christmas, which invites viewers to tour a LEGO factory in Denmark and to get an insider’s perspective on the build of an enormous LEGO steam train at Covent Garden in London, among other adventures in the plastic world of LEGO. 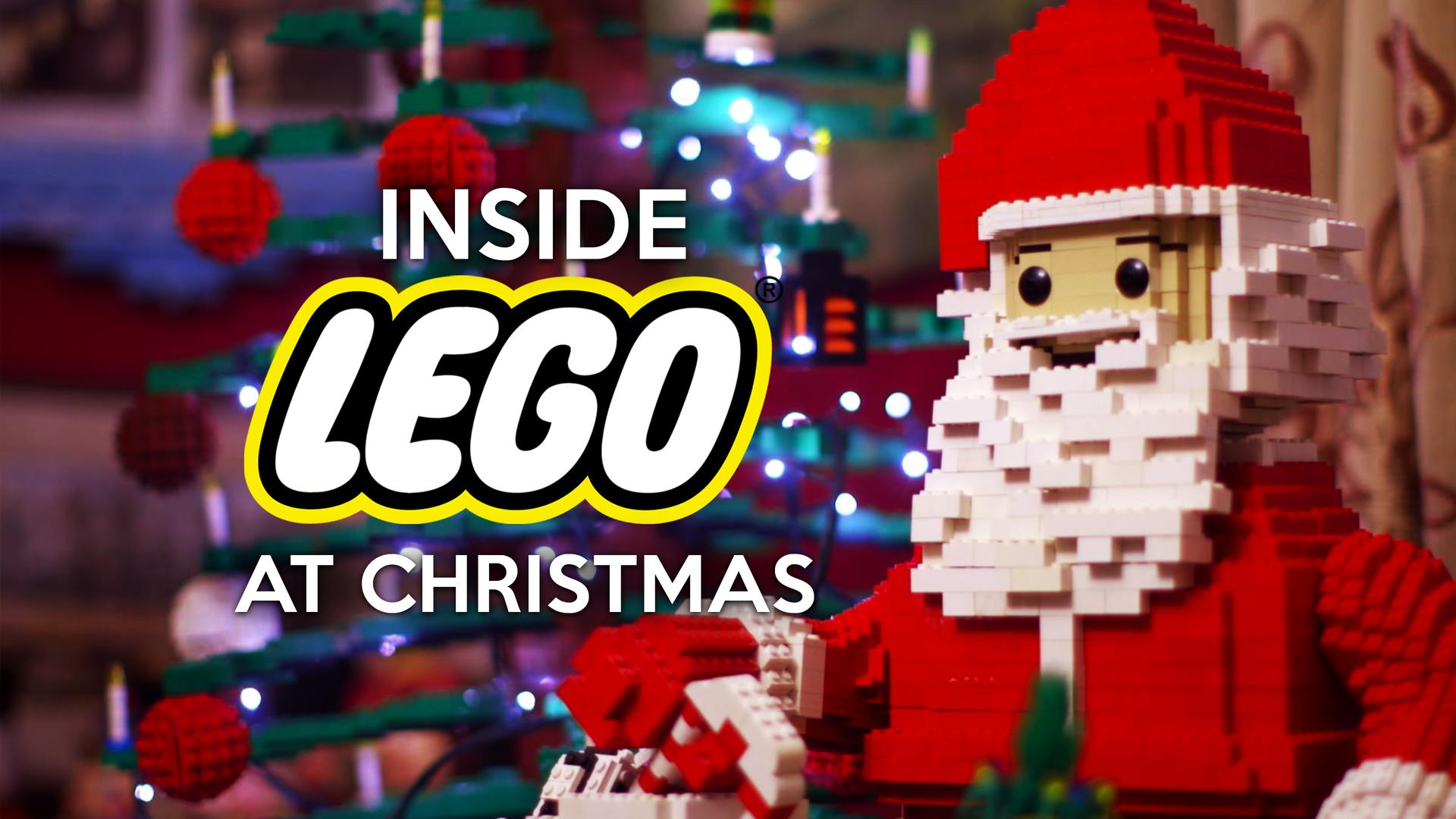 That “world” has grown exponentially over the years. Starting as a small, toy-making enterprise in 1932 with a name that combines the Danish words leg godt (“play well”), LEGO has become a huge international brand that, like Disney, includes theme parks, movies, and exhibitions from Copenhagen to Tokyo to Tampa. The founder’s grandson, Kjeld Kirk Kristiansen, can now afford much more luxurious toys with his estimated fortune of about $4.7 billion.

Personally, I missed the LEGO train when I was a boy, but my smarty-pants sister used her first set to build a clinically accurate replica of a DNA molecule’s famous double helix. Siobhan also took disturbingly sadistic pleasure in leaving a few sharp-edged, hard-plastic LEGO bricks for me to step on with my bare feet when I made nocturnal visits to the bathroom. I guess you could say she had her own way of having fun.

Here We Go A-Wassailing: A Tudor Take on Christmas

From a contemporary toy-making empire, let’s switch gears and hop into the shiny DeLorean, fire up the flux capacitor, and go back in time – way back to England’s early Tudor dynasty, around the year 1500. When you hear of the Tudor era, like me, you probably think of the machinations and depredations (not to mention certain decapitations) of its kings and queens, from Henry VII through Elizabeth I. But what of the common folks of Merry Old England?

They are the focus of the engaging documentary Tudor Monastery Farm at Christmas, hosted by a trio of British scholars, dressed in period-appropriate garb, who recreate the annual winter solstice celebration, from the preparations of Advent through the traditional 12 days of Christmas itself. It’s not exactly a re-enactment on the scale that you might see at Plimoth Plantation or Williamsburg (or the Living History events my colleague Kevin Martin wrote about), but the hosts and their friends do throw themselves into their project with gusto. 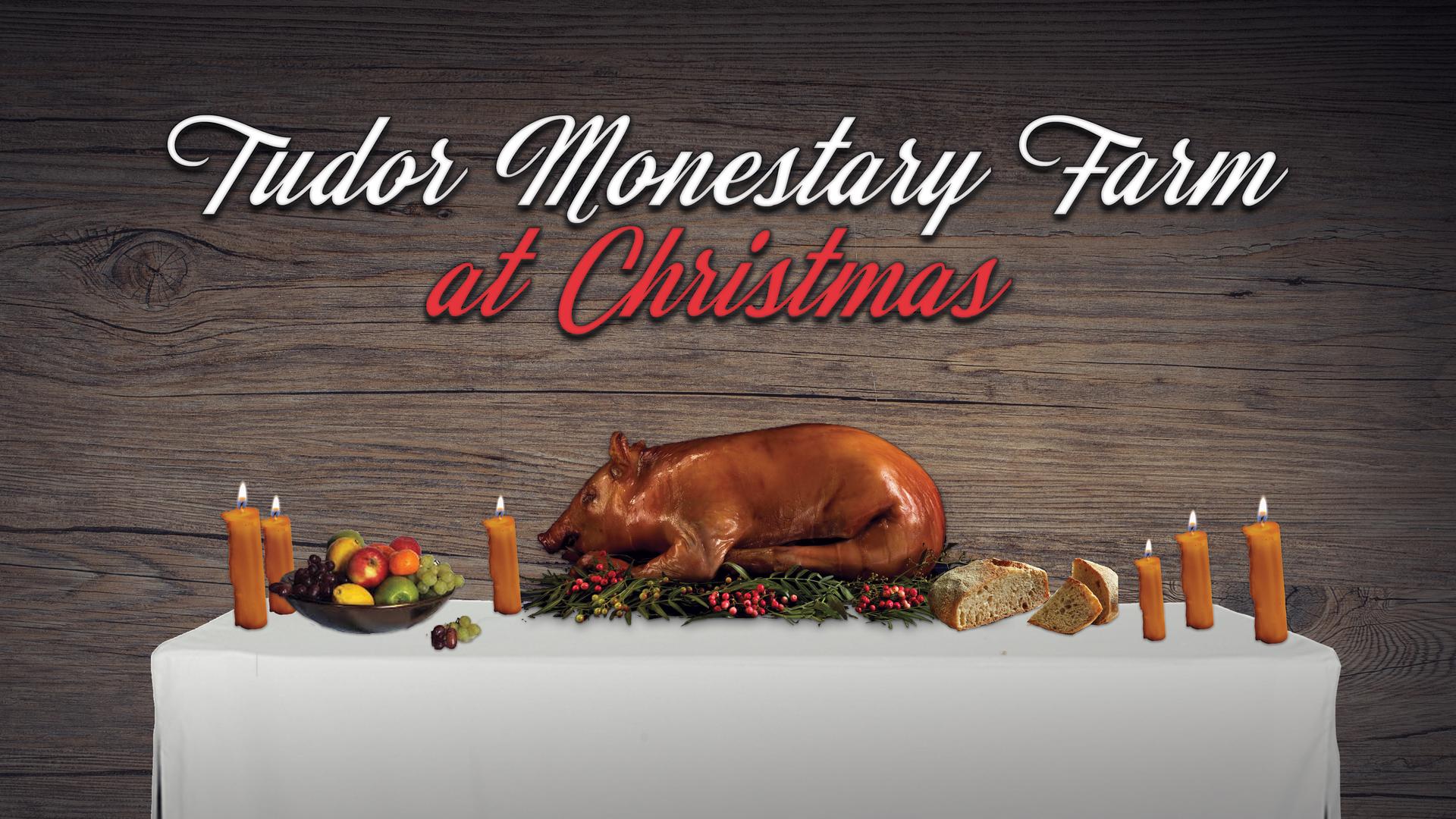 This is particularly true when they get the Christmas celebration started. The intrepid hosts and their fellow “villagers” are warmed by a roaring fire as they quaff cups of wassail and feast on “wild boar” (using pig as a substitute), frumenty, shred pies, cheeses, and whatever else they could lay on the table to begin 12 days of rejoicing. Presumably there was enough wassail to last until the 12 drummers’ drumming on the final night had ceased. The hangovers must have been massive.

Why such a celebration amid the darkest days of the year? Well, it wasn’t just to mark the birthday of Christ, for it was also the season that earlier cultures such as the Romans and the Vikings had chosen to put on feasts keyed to the solstice. In the documentary, folklore historian Ronald Hutton points out that during such a challenging season people especially needed uplifting events to counter the effects of long and dispiriting winters. In short, it seems, folks just needed to party hearty to keep their spirits up until spring’s blessed arrival.

Caught on Camera: When Things Go Wrong During the Holidays

Flashing forward from Tudor England to the barely more civilized 21st century, we can be sure that some people are just bound to screw things up during the holiday season. (Not us, of course, but some people.) And when they do, cameras will be around to capture human stupidity in all its tawdry glory. This is the underlying premise of much of what has come to be known as “reality TV.”

Now, I’m not ordinarily a fan of reality TV – unless it’s produced in the U.K. Every red-blooded American knows that people with British accents sound smarter than we do. That’s why my sister Siobhan returned from a year of study at one of those snooty British universities sounding like she stepped out of an episode of Downton Abbey. It took over a year for her to give up calling an elevator a lift, a truck a lorry, or a baby carriage a pram. Our Irish-American mother was justifiably less amused than our Rolling Stones–loving Jewish father. But I digress . . . 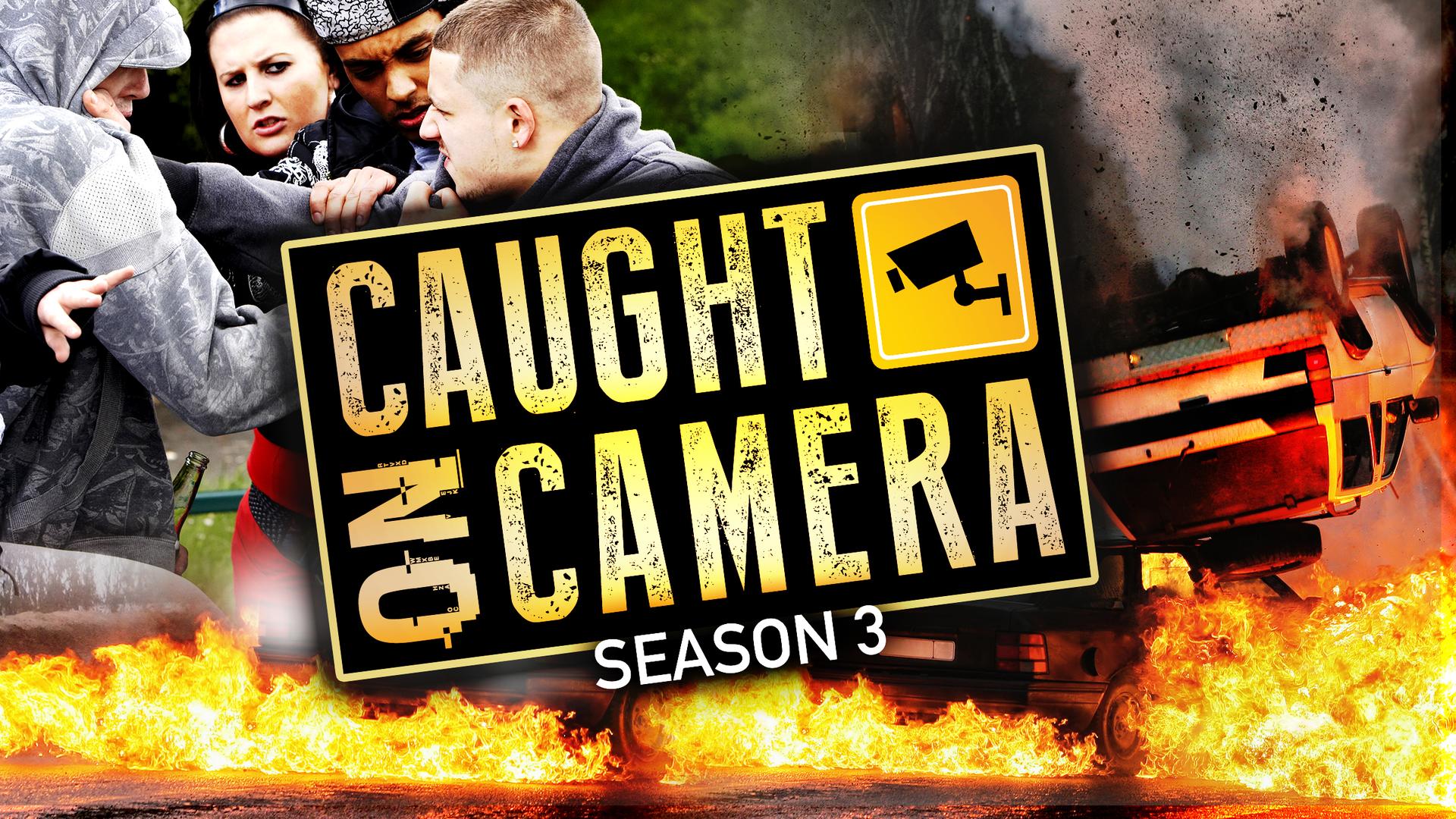 Thanks to the dubious wonder of CCTV, which is familiar to any fan of present-day British crime dramas, MagellanTV presents three seasons of a reality TV show called Caught on Camera. The series calls into serious question the misguided notion that Brits are somehow smarter than Americans, at least when it comes to bad behavior. There’s even a “Christmas Special” episode featuring a virtual cavalcade of drunkenness, filching of holiday decorations, burglary, and other forms of foolishness the villagers of the Tudor Monastery could hardly imagine. Watching the show was a welcome respite from the steady stream of Christmas carols that waft through so many of our CCTV-deprived public spaces.

Wrap Up the Holidays with Some MagellanTV Documentaries

As a family, we Grumplesteins weren’t big on Christmas carols, but we enjoyed watching all the usual holiday specials and movies on television. It’s a Wonderful Life was a favorite. In fact, I’ve had a mild crush on the Mary Hatch character ever since I first saw the movie. But if I were George Bailey, I would have lassoed the Moon and booked it out of Bedford Falls with or without her. Given a choice between romance and wanderlust, I’ll always take the highway.

One thing we didn’t have back in the olden days (i.e., the 1960s and ‘70s) was the opportunity to watch many televised documentaries. There were only three major networks plus the early PBS, which we couldn’t bring in sharply on our ancient Admiral television set. Then came cable TV and the rapid proliferation of channels in need of programming, including documentaries, to fill up all those channel grids on the screen guide. Now, we have streaming video and terrific docs to view on a site like MagellanTV.

So, this holiday season, you can have your holiday cookies and eat them, too. Sure, go ahead and watch It’s a Wonderful Life or The Grinch Who Stole Christmas for the umpteenth time, but then switch over to more idiosyncratic and informative shows. Find out how LEGO celebrates the season, or what the 12 days of Christmas were like back in Tudor England, or how the myth of Santa Claus evolved. Easy peasy.

And raise a cup of wassail while you’re at it.

With 2019 coming to an end, the team at MagellanTV reflected back on all of our viewers’ favorite documentaries. History, war, nature, and beyond – you’ve streamed a lot. But…

We love Halloween at MagellanTV! That’s why we’ve compiled a playlist of spooky documentaries to stream, just in time for the season. Ghosts, monsters, witches, and more – we’ve…