With 2019 coming to an end, it’s time to reflect on our past year . . . and all the documentaries we’ve streamed. That’s why we’ve rounded up our picks for best documentaries. With nominations in Easy Viewing, Warfare, Crime Investigations, and History, this year’s collection of winners will have something for every viewer.

2019 has been one crazy year. There have been political investigations, colossal fires, and devastating floods. Honestly, at some points it felt like Mercury was perpetually stuck in retrograde. But there were also monumental discoveries, a whole species that bounced back from near-extinction, and a dreaded disease that has been eradicated.

And there was one more thing: Hope.

Thankfully, MagellanTV has documentaries that capture it all.

Watching a documentary is like becoming a time-traveler. It’s magic. You can see anything. You can go anywhere. There’s no limit to what you can explore, and there are no boundaries to what you can discover. Any and every curious mind can learn more about the world we live in through documentaries; and maybe, just maybe, we can learn a bit about ourselves along the way, too. With stories and opportunities like these, it’s obvious why documentaries find a place into our hearts and onto our screens.

Our subscribers have been streaming a lot of documentaries this year, and all of us at MagellanTV have, too! But out of all the docs, which stood out as favorites this year? We’ve reviewed the data and, just in time for award season, we’ve made our selections.

Without further ado, let’s take a look at the winners . . .

Beautiful landscapes, fascinating facts, and a relaxing – yet educational – experience. Who doesn’t love a documentary that is perfectly suited for winding down? Whether you need a break from your daily routine or just want to learn something new, “easy viewing” documentaries are sure to scratch your itch. If that sounds like something you’re looking for, these two Magellan-nominated documentaries are perfect choices. Plus, with both these top documentaries clocking in at under an hour, you won’t have to commit too much time relaxing with one of these films.

Soar with the peregrine falcon through snowy landscapes – in stunning 4k detail – in one of this year’s best documentaries, Peregrine Falcon: Lord of the Skies. The doc follows the majestic raptor’s journey from endangered species to king of the air, all while showcasing jaw-dropping aerial views. With visuals like these, it’s no wonder it is this year’s pick for best Easy Viewing documentary.

This made-for-IMAX feature reanimates the legendary giant reptiles of the past. Dinosaurs Alive is a concise look into the evidence left behind by the enormous earth-dwellers who dominated the planet long before humans arrived on the scene. In the film, paleontologists uncover impressive finds that demonstrate how some dinosaurs lived and explain the relation between them and present-day creatures. Dinosaurs Alive is a great pick for dinosaur fans, or anyone looking for a quick-and-easy watch.

War: What is it good for? Absolutely nothing . . . besides streaming, that is.

War-based documentaries are a popular category in the documentary world. Historical battles, plots, and strategies always make for interesting films, and MagellanTV viewers agree. It’s a broad category, but one period of history – the 20th century – seems to get more views than the rest. So, even with all the options out there, it’s no surprise that both nominees for this year’s Best Warfare documentary focus on World Wars I and II.

Winner: Battlefields of the World Wars

This year’s winner for “Best Warfare” documentary goes to Battlefields of the World Wars, a series that marches viewers to the frontlines of some of the most famous battlefields of the two World Wars. Viewers are granted an in-depth and up-close look into battles at Verdun, Chemin des Dames, and the Alps. The series also features a couple of tightly focused D-Day episodes, including “Angels of Victory,” which carries viewers into the role of paratroopers in the Allies’ invasion of Normandy.

Perhaps what makes Battlefields a viewer favorite is that it combines modern day interviews with experts, historical footage, and reenactments to deliver an informing and entertaining experience. The eight episodes of this docuseries recount the climactic victories and defeats of both World War I and II, while confronting and exposing myths and legends along the way.

If we’re talking about the most enjoyable documentaries of the year, a special mention must be made of Generals at War, a series made for National Geographic that is no stranger to awards. While Battlefields of the World Wars examines the famous battles that proved pivotal in World Wars I and II, this stand-out series takes a deeper look at the individual military leaders who planned and commanded the famous battles.

Now here’s a category that I personally call a favorite. Gruesome as they may be, some of the most fascinating documentaries I have ever seen focus on the macabre, bizarre, and criminal. And I’m not alone. Our research reveals that many share a collective obsession with true crime, and the trend seems to be growing. Cable shows on law and investigations have long runs, more and more podcasts recount criminal tales, and documentaries capture audiences from all over with intimate examinations of the crimes that made headlines and fueled our nightmares.

True crime stories are in vogue, and MagellanTV has a collection of documentaries that are perfect for your next watch. So what stands out as the best this year? The winner is . . .

Winner: Crimes That Made History

Jack the Ripper, Jonestown, and the death of Princess Di: These are some of the dark and mysterious events examined by Crimes That Made History, another docuseries to make this year’s list. Crimes That Made History investigates historical crimes, accidents, and suicides, and shows us just how much our society has been shaped by them. And, with each of the five episodes clocking in under a half hour, the series is just as easy to binge as it is to enjoy over time.

The Manson Family murders of 1969 shocked the nation 50 years ago, and the grisly events of that summer continue to be a source of fascination to this day. Even now, it seems that everywhere you look there’s a reference to Charles Manson. (You know it’s one of this year’s most popular subjects when it even pops up in Quentin Tarantino’s Oscar contender, Once Upon a Time in Hollywood.)

If you’re one of the many who have joined in the true-crime craze, Manson: 40 Years Later is a doc you shouldn’t miss. The feature-length film draws viewers deep into Manson’s twisted world, and shows how a group of hippie followers turned into one of criminal history’s most infamous “families.” Plus, viewers get a special inside-look through the eyes of Manson Family member Linda Kasabian, who gives her first ever, in-depth interview.

The MagellanTV community watched a lot of history documentaries this year. Viewers fought their way through medieval castles, traveled through ancient caves, watched the invention of new tools and ideas, and even sat on a throne or two. With so much ground (and time) to cover, it’s hard to pick just one winner for this year’s “Best History” documentary. But you streamed, and the results are in. This year’s top history documentaries take us to two specific periods of time: the Ice Age and Ancient Egypt.

Winner: Neanderthal in Us

The Neanderthal: an extinct species of archaic humans that lived during the Ice Age. Now, I don’t know about you, but I assumed that these ancient cousins of Homo sapiens came and went out of existence long before any of our ancestors . . . but I was wrong. (That’s why watching documentaries is important, folks!). The truth? Neanderthals overlapped with modern-day humans, and there is evidence to suggest that they may have even coexisted and interbred.

Neanderthal in Us proves the importance of evaluating our past in order to understand our present – and even our future – and seeks to answer these intriguing questions: Who exactly were the Neanderthals, and just how similar were they to us?

Are ancient civilizations more your thing? Then check out this year’s “Best History” runner-up, Ramesses II: The Great Journey. This documentary doesn’t just focus on the history of one of Egypt’s most legendary rulers, it takes viewers on the pharaoh’s journey to the afterlife. Ramesses II’s archeological investigations reveal burial rituals and treasure-filled tombs. If you’re in the mood for mummies and mysteries, this one’s for you. So grab a torch, press play, and get ready to enter the tomb of Ramesses the Great.

A Year Streamed in Documentaries

In a year of streaming, we’ve certainly seen a lot. But the adventure doesn’t stop here. MagellanTV has so much more to explore. Spook yourself with some ghost stories, venture into hidden ruins, join the ranks of iconic leaders, and get to the bottom of historical conspiracies. No matter what your passion is, there are documentaries for you.

To all of our viewers: We wish you a wonderful holiday season, and happy new year. And remember: Stay curious. 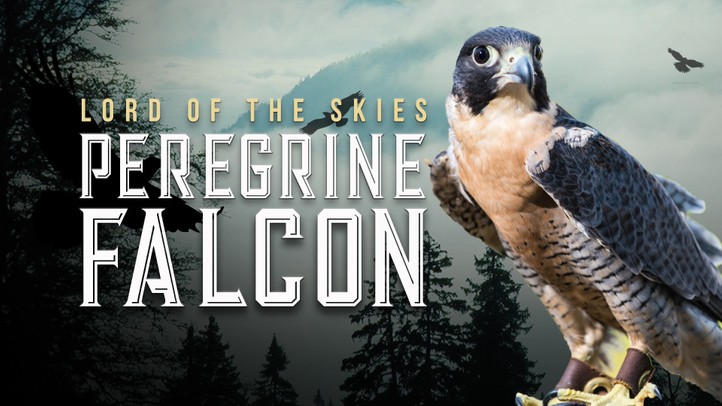 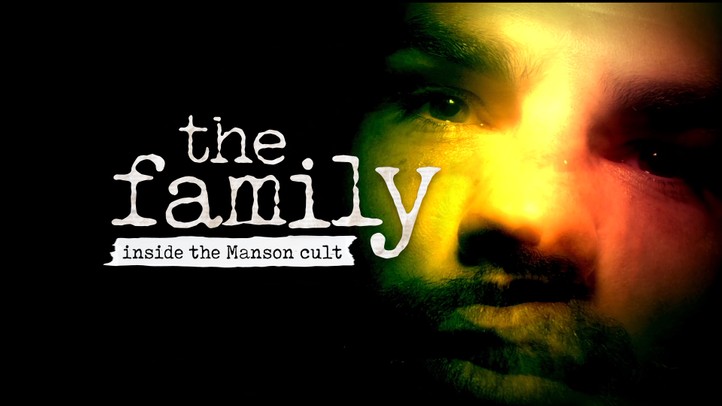 1HR 31MIN
The Family: Inside the Manson Cult 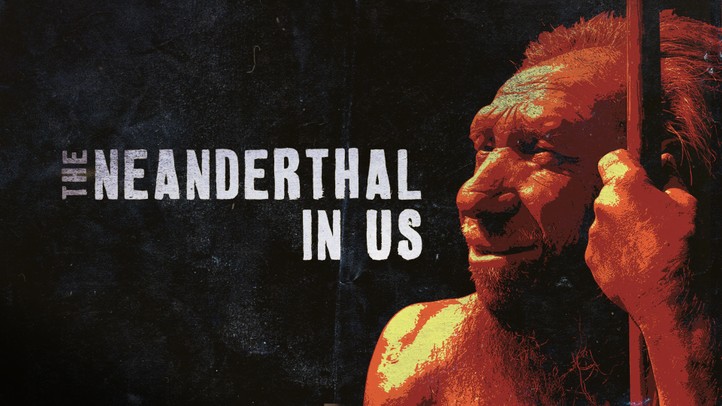 53MIN
The Neanderthal in Us 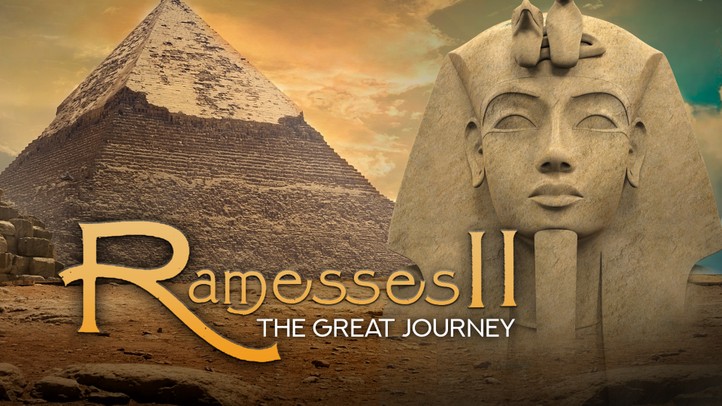 Five Binge-Worthy Series to Feed Your Brain during Quarantine

Are you looking for a new series to binge-watch during quarantine? MagellanTV’s got you covered. From medical...

We love Halloween at MagellanTV! That’s why we’ve compiled a playlist of spooky documentaries to stream, just in...