Coming in June: D-Day, a Forgotten Aviator, Cybercrime – and More!

Every month, MagellanTV is excited to add dozens of new videos to our growing library of outstanding documentaries worth watching. New releases always cover a broad array of subjects, and June will be no exception. In the coming month, we will add new documentaries to our Mind & Body, True Crime, Space, War & Military, Nature, Science & Technology, Travel & Adventure, Current History, and Ancient History collections.

Beginning with this article, we’re launching a monthly feature in our Articles section to inform members and visitors alike of new content to expect from MagellanTV in the very near future. Think of this as a kind of appetizer to get your taste buds tingling for the documentary buffet that will be streamed to you in the month ahead. We believe there are tasty offerings to satisfy everyone.

Below are highlights of releases arriving in the month of June. The full schedule is available at the end of the article: 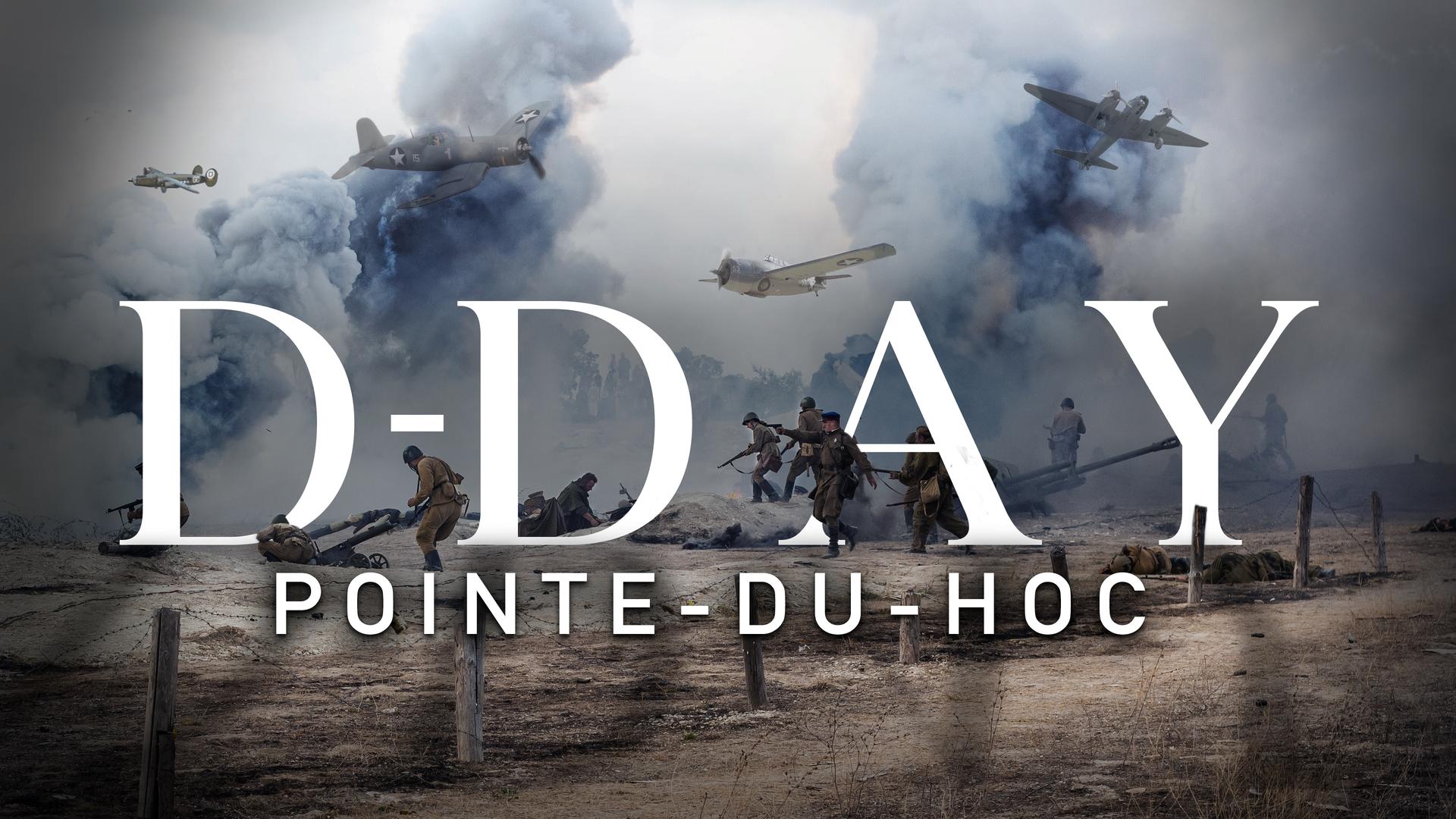 Produced by Tim Gray Media and narrated by TV stalwart David McCallum (The Man from U.N.C.L.E. and NCIS), this riveting documentary tells the remarkable story of the U.S. Army’s 2nd Ranger battalion, which, on June 6, 1944, scaled the 100-foot cliffs of Pointe-du-Hoc in Normandy to destroy six menacing German cannons thought to be located there. For Operation Overlord to succeed, the 155mm guns, situated halfway between Omaha and Utah beaches and within firing range of the planned Allied assault, needed to be eliminated. But to accomplish that goal, courageous men were sent on what many believed was a suicide mission.

Featuring interviews with surviving veterans from the Pointe-du-Hoc assault, the documentary chronicles the incredibly daring mission, including what happened after the Rangers fought through machine gun fire, cut rope ladders, and lobbed grenades to find that the six artillery guns had been moved from the Pointe in the days prior. But the gripping story doesn’t end there, as the outnumbered and vulnerable Rangers were forced to hold off counter-attacking German troops for a full two days to prevent them from retaking the strategic coastal position.

D-Day at Pointe du Hoc weaves together survivors’ firsthand accounts of the assault, striking drone footage of the English Channel approach and daunting Pointe cliffs, and rare archival footage of the 2nd Rangers preparing for action. It is a bracing story of adversity and courage on June 6, 1944.

Timed perfectly for the anniversary of D-Day, this is a must-see for history buffs. So, settle in with a documentary that not only informs but also honors these brave men. 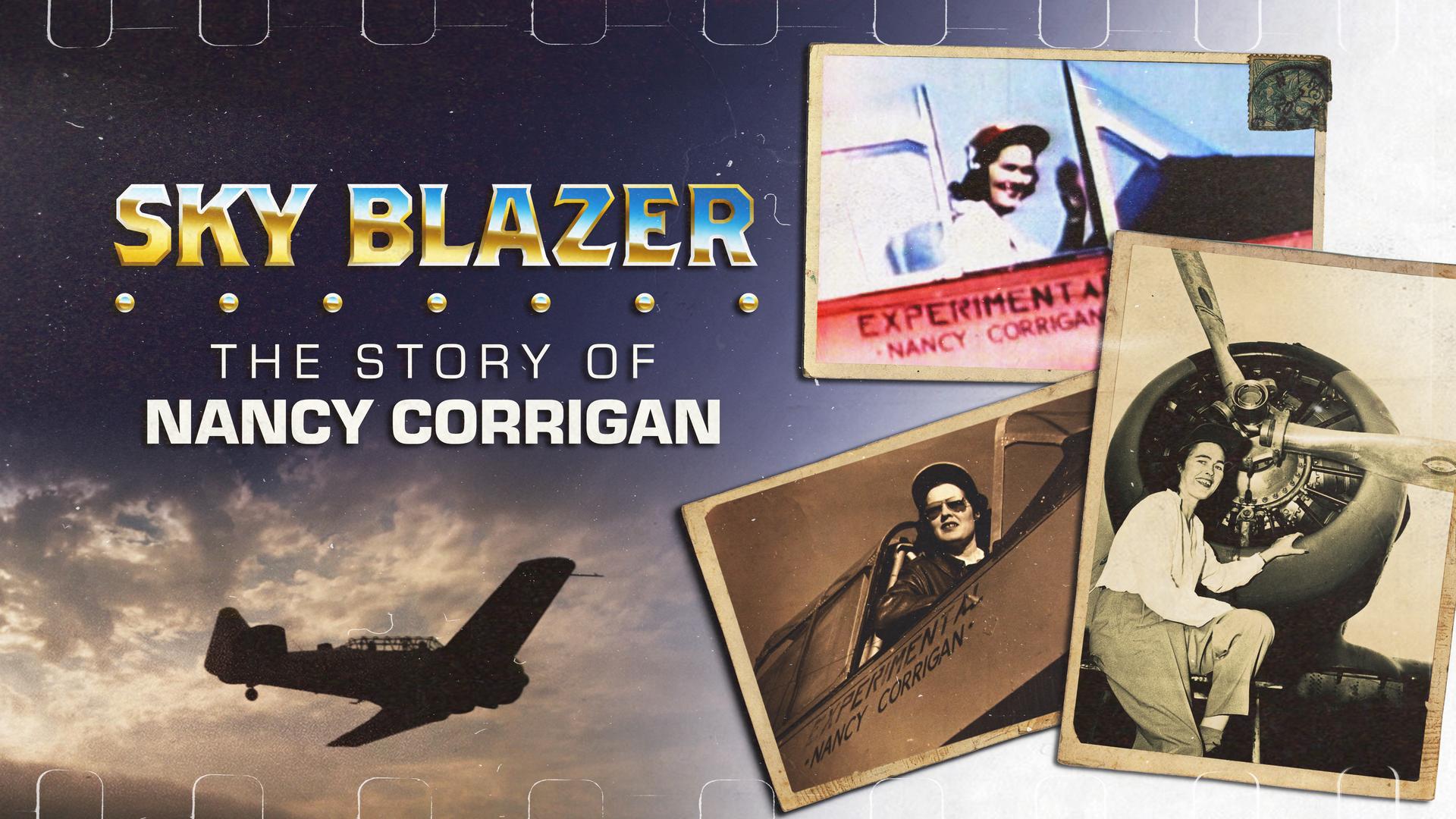 In the 1930s, aviation was nearly exclusively a man’s game. Those ‘magnificent men in their flying machines’ weren’t crazy about the idea of admitting women – “aviatrixes,” as they were called – to their exclusive club of daredevils and adventurers. And today, most of us would be hard-pressed to remember the names of any early female flyers (except, of course, the redoubtable Amelia Earhart).

Nancy Corrigan: Sky Blazer remedies this lack of memory with the inspiring story of another woman who flew into aviation history.

Born in the west of Ireland, Nancy immigrated with her family to Cleveland, Ohio, in 1929, when she was only 17. After a couple of years working as an au pair, she took flying lessons, and from that point her life really took off. In 1932, only a year after earning her license, she made headlines by breaking a world record for solo flight by a woman.

This fascinating documentary fills out Nancy’s life story with archival footage, including unique scenes of Nancy competing in air races, and makes viewers wonder how we could ever have forgotten such a remarkable and accomplished woman from the early history of aviation.

Amelia Earhart wasn’t the only woman soaring through the wild blue yonder of the 1930s. Learn about Nancy Corrigan’s journey from Ireland to America . . . and into the sky. Aficionados of aviation will be riveted by this inspiring story. 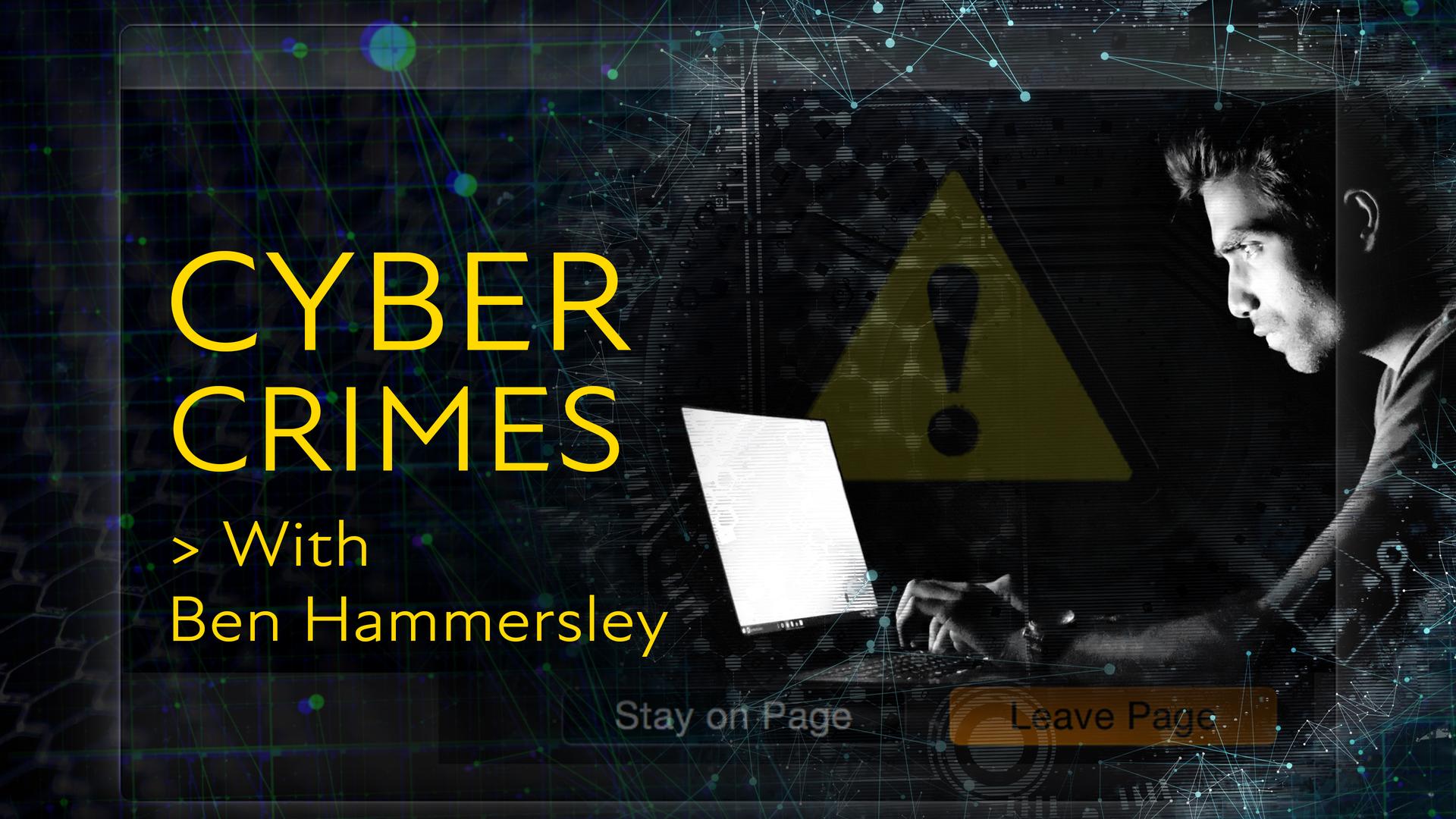 As we continue through the Digital Age, the Internet and the myriad gadgets that come with it are used every day to make our lives easier, but criminals have become increasingly adept at commandeering new technology to commit elaborate, sometimes untraceable crimes against victims around the globe. From the Darknet to online scams, from ubiquitous surveillance to the very real danger of cyber warfare, the digital world provides unprecedented opportunities for nefarious operators and even government-sponsored entities to reach into our wallets, to monitor our everyday lives, and to threaten our national security systems.

Drawing on his broad experience as a technologist, strategic forecast consultant, and futurist, Ben Hammersley uncovers the true stories of the world’s most notable cybercrimes in this far-reaching, six-part series.

Join host Ben Hammersley on this eye-opening and often shocking exploration of the darkest potential of our increasingly interconnected planet. Soon available to MagellanTV members! 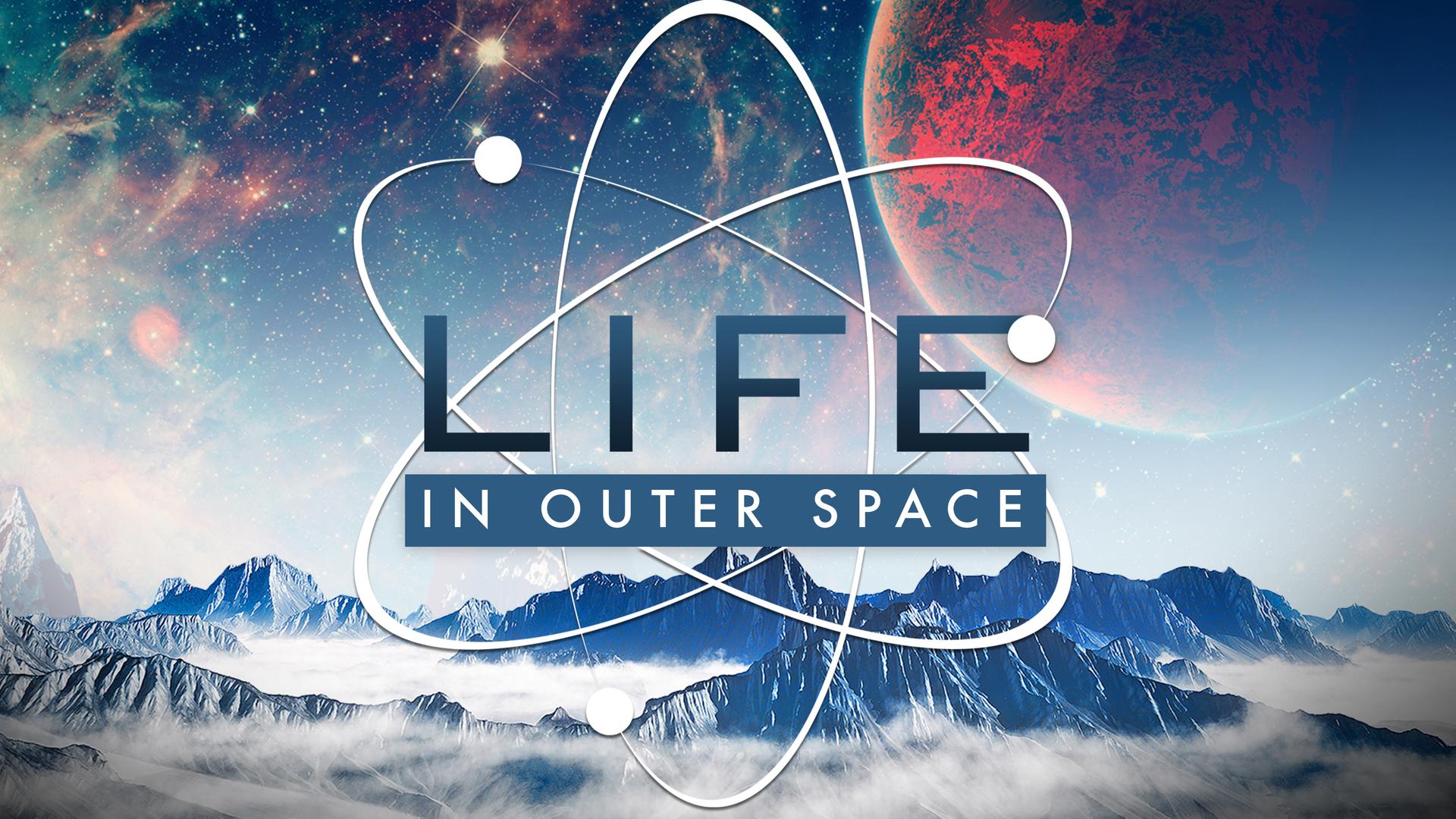 Is Earth the only world in our Solar System that is capable of supporting life? Inquiring minds have wanted to know for centuries, but so far there’s no clear answer to this most profound of human questions.

In recent years, spacecraft have carried out missions throughout the Sun’s planetary system, from Mercury all the way out to Pluto and beyond. In fact, it sometimes seems like Mars – a long-standing candidate for harboring (or having once hosted) rudimentary forms of life – is being visited every other month by another orbiter or rover from the U.S., the European Space Agency, or China. And some influential people insist that we must colonize other planets to provide a haven for the human species.

Life in Outer Space brings viewers up to speed on the current state of the search for life beyond Earth. Thanks to new technology, scientists have identified planets and moons in the Solar System (and even beyond) that may have the qualities necessary for life to have emerged. We’re closer to an answer than ever before.

Zip up your space suit and get ready for a mind-blowing exploration of the biggest question of them all: Is there anybody out there? Right here on MagellanTV!