Worldwide interest in asteroids is high, and for quite a number of reasons. Chiefly, Earth needs to protect itself against the threat of a cataclysmic impact. But close contact, say from a NASA scientific mission, could yield as-yet unknown data on our origins. Space cowboys and astro-mining speculators have their eyes set on exploiting the power, and attendant riches, of asteroids. And there are even dreamers who seek to listen to and potentially communicate with these rocky visitors in search of intelligent life.

We didn’t always know there were asteroids in the sky. Early cosmologies accounted only for those elements of the universe that could be seen prior to the introduction of optically enhanced vision in the 17th century. And when the first asteroid was spotted and named Ceres at the dawn of the 19th century, it was thought to be a previously unseen small planet. The true nature of asteroids, their types, and their differences from other night wanderers, such as comets and meteorites that led to the creation of Saturn's rings, came to be discovered gradually as optics advanced.

We know that Ceres, the largest asteroid, is one of three classifications or types:

At this moment, there are no asteroids that are known to pose any threat to our planet for the foreseeable future. However, that could change with discoveries made possible by ever more precise instruments, both anchored to the ground and situated in space.

Scientific teams around the world are actively studying asteroids to unlock new knowledge about the origin of our Solar System. Learn more by watching Asteroids: A New Horizon on MagellanTV.

Given all we know about asteroids now, scientific as well as profit-seeking attention has come down to three – or possibly four – main interests:

And what’s the fourth? It just might be scanning new objects that appear in our skies to learn whether they’re intelligently designed!

Listening to Learn from Asteroids

Let’s say you’re open to – even actively searching for – evidence from other planetary systems that could connect you with an intelligent being. Then you obtain irrefutable evidence of an oddly shaped object traveling rapidly through our Solar System, christened Oumuamua, that originated outside our cosmic neighborhood. You might discover a kindred spirit in Avi Loeb – Harvard professor, astrophysicist, and seasoned surveyor for secrets from beyond our stars.

Loeb is a founding member of the Breakthrough Listen project, a public-private partnership supported by the late Stephen Hawking that scans the skies for radio waves that might signal extraterrestrial life.

Loeb was so enthusiastic he penned Extraterrestrial: The First Sign of Intelligent Life Beyond Earth, which details his concerns regarding – and hopes for – signs of life that might appear to us from distant origins.

Sadly for Professor Loeb’s hopes (and ours), Oumuamua was a tantalizing dud. Loeb hoped that the asteroid could connect us with another civilization. Instead, examination by astronomy teams around the world showed that, strange and ungainly as it was, this sliver-shaped heavenly body speeding through the cosmos was of entirely natural origin.

Notably, Oumuamua is the first object from outside our Solar System to be photographed and examined. However, because of the continually improving optics of space-facing telescopes, its rarity may someday soon be challenged by other discoveries of even more spectacular origin. 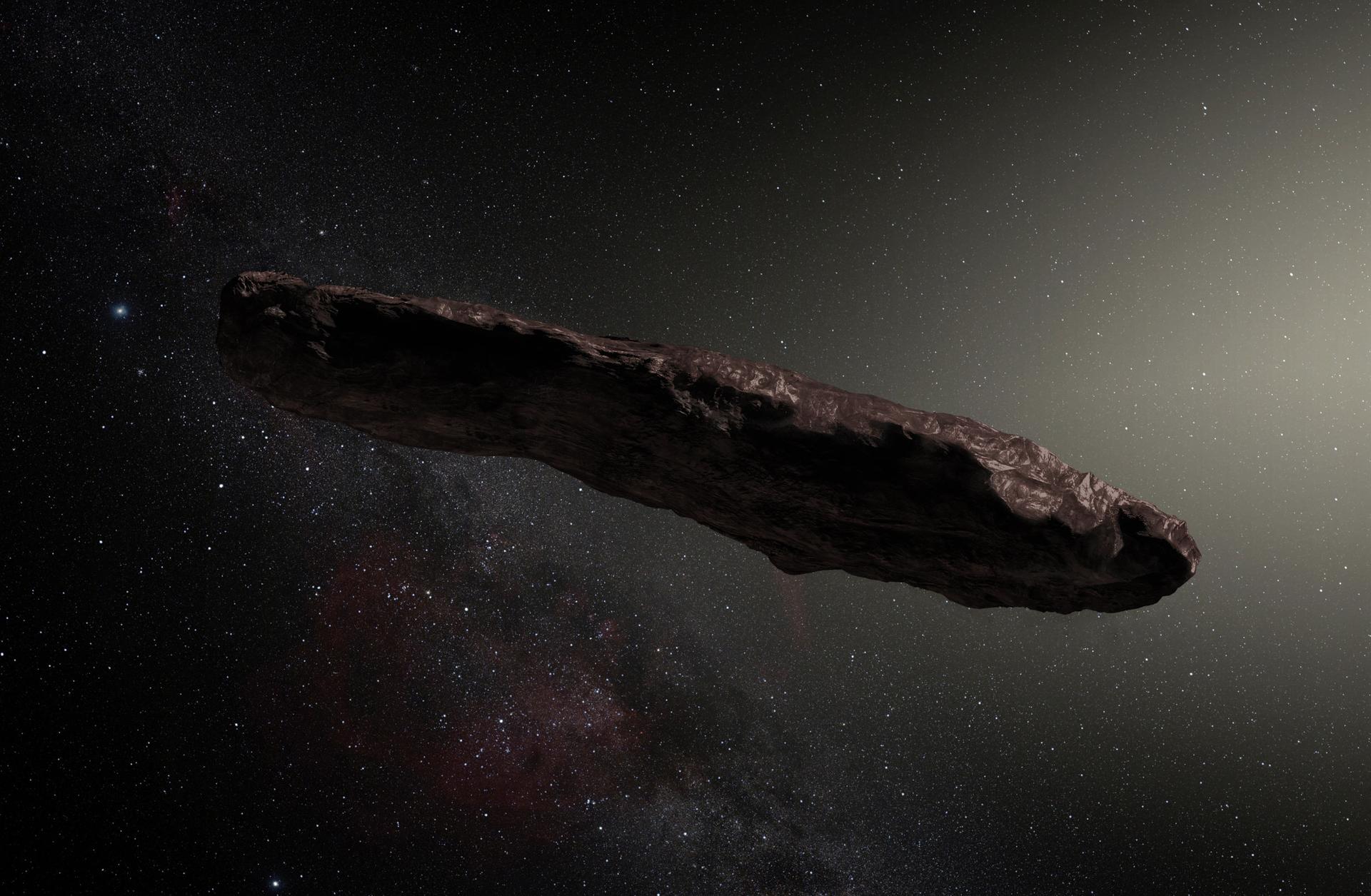 Oumuamua was discovered in 2017 by the Pan-STARRS1 telescope, an instrument that was designed to locate and examine so-called Near-Earth Objects (NEOs), asteroids that could catastrophically cross paths with Earth.

The theory – and fervent hope – of the scientists working on the project is that, with improvements in technology, they could craft an advance warning system for asteroids on a collision course with our home planet. Then, using currently uninvented means, the asteroid could be deflected harmlessly away from us.

The threat is not far-fetched. Scientists believe that asteroids wiped out nearly all life on the planet on two occasions. The earlier one was so significant it brought the Permian Period of geological time to a shattering halt more than 250 million years ago. The event is estimated to have resulted in the loss of 95 percent of marine and about 70 percent of terrestrial species.

Then, in a much more well-known extinction event, an asteroid violently crashed into the planet, in the area of what is now the Gulf of Mexico that’s known as the Chicxulub crater. In a very short period of time, our dinosaur predecessors virtually all died off, ending the Cretaceous Period approximately 66 million years ago.

That’s what we humans, with our advanced detection technology and big brains, would like to avoid in the future. But as you might expect, it’s not nearly as easy as it looks in movies like Armageddon (1996) and Deep Impact (1998) – and, I might add, they don’t make it look that easy in movies.

Researchers testing a variety of hypotheses about the behavior of an asteroid dead-set on impacting Earth have returned frequently to the idea that we’re not up to defending the planet against this type of threat – yet. In May 2021, NASA released data on several tests it had undertaken over the previous eight years with scenarios of impending asteroid impact. However, six of the seven run-throughs to date, including the most recent one, ended in the destruction of our planet.

On the other hand, that means in one of the cases we didn’t end up pulverized and aflame, so there’s some small hope there. According to reporting in Yahoo News, our most likely defense is still arguably inspired by science fiction: either nuclear warheads to rip the asteroid to less-dangerous rubble, or a super-strong spacecraft whose impact with the object would be sufficient to nudge the asteroid onto another path, thereby saving Earth and its grateful residents.

Exploring Asteroids’ Surfaces for Clues to Our Origin

Obtaining regolith (rocky surface rubble) samples from the surface of an asteroid is a goal of several active space programs. In December 2020, Japan’s Aerospace Exploration Agency (JAXA) returned samples from the surface of the asteroid Ryugu aboard the craft Hayabusa2. Studies are ongoing to examine these materials for clues about their origin, and the origin of the Solar System.

In addition to JAXA’s Hayabusa program, Russia’s Roscosmos agency has announced its intention to follow Fobos-Grunt, an unsuccessful 2011 mission to visit the asteroid Phobos to collect surface samples, with Fobos-Grunt 2, now scheduled to launch in 2024.

How to tell an asteroid from a comet or a meteoroid? Comets have a distinct tail, composed of rocky ice and dust, and asteroids do not. A meteoroid is a smaller chunk of rock that could have broken off from a comet or asteroid; when it flames out entering our atmosphere, it becomes a meteor.

Perhaps the most intriguing currently active mission is NASA’s attempt to gather samples from an asteroid. It’s officially called the Origins, Spectral Interpretation, Resource Identification, Security Regolith Explorer. Whew – quite a mouthful! Let’s just go with OSIRIS-REx, as NASA does.

Launched in 2016 with NEO asteroid Bennu in its sights, the OSIRIS-REx lander completed its sample collection and lifted off from the asteroid’s surface in May 2021. Upon its 2023 return to Earth, the lander’s payload will be analyzed to help provide answers to some of humankind’s queries about the origins of the Solar System, the role of asteroids in planet formation, and more.

Mining Asteroids for Fame and Profit

Some people look up at the heavens and experience ineffable wonder and awe. Then there are others who look up and just see dollar (or euro) signs in their eyes. The prospect of mining minerals and other elements from NEO asteroids, of turning all that resource potential into the promise of limitless riches, is causing some deep-pocketed entrepreneurs to start taking seriously what was once only science fiction. It’s enough to cause a wide-eyed U.S. senator to exclaim, as did Texas Senator Ted Cruz, “I predict the first trillionaire will be made in space. . . . [T]hat drive to innovate . . . produces enormous benefits for the economy and for the world.”

“Pretty bogus,” on the other hand, is the reaction of space entrepreneur Elon Musk, who dismisses these big plans as foundationally unsound. His quick dismissal, that the “economics don’t make sense,” undercuts much of the rationale behind such new space tech companies as Planetary Resources and Deep Space Industries. 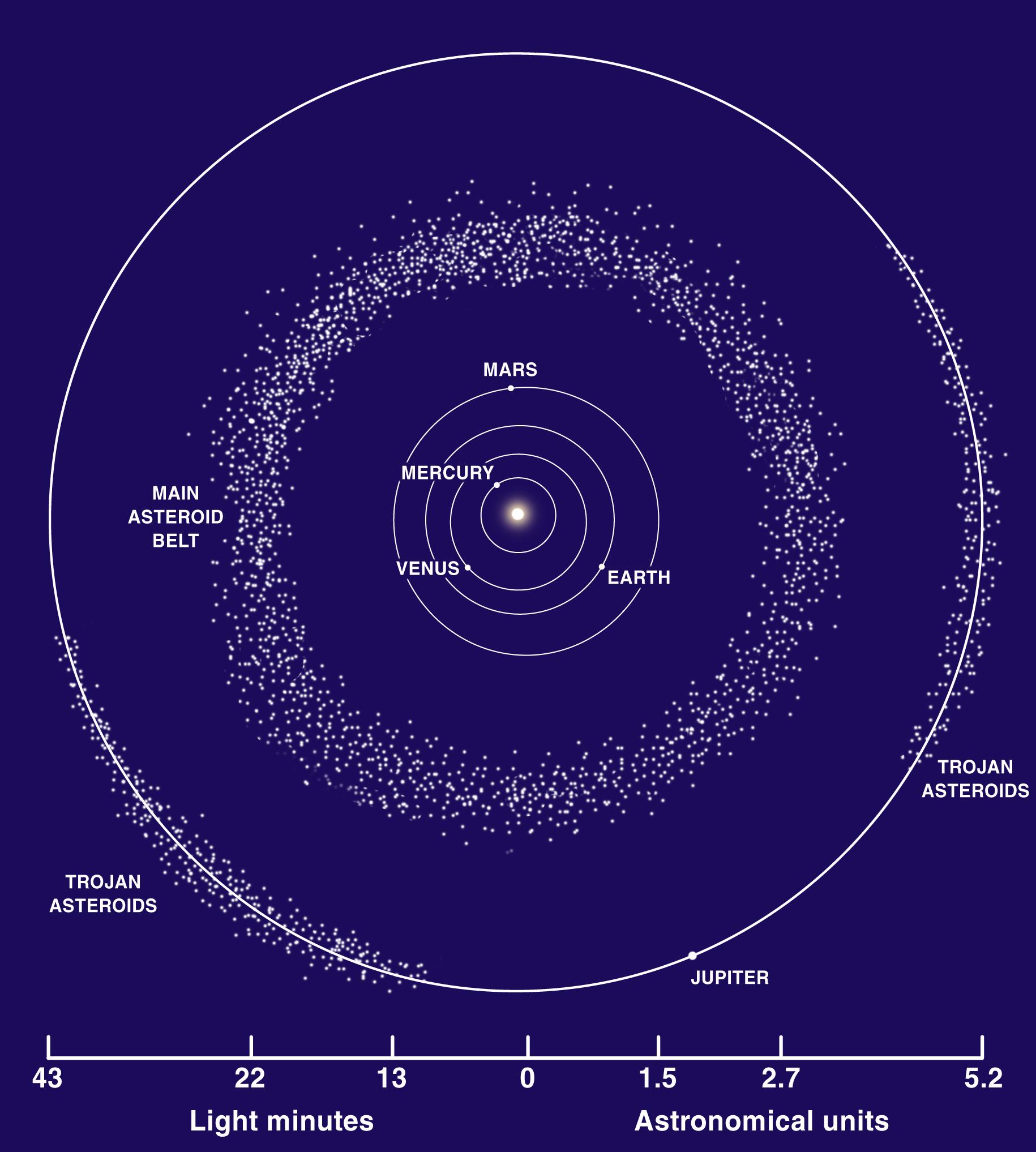 These emerging companies and their ambitious, extremely long-range goals involve sending purpose-built mining craft to land on the surface of NEOs and, depending on their composition:

Investment firm and indefatigable profit-seeker Goldman Sachs is bullish on asteroid mining, at least for its potential to return precious metals such as platinum for use on Earth. The firm aims to back this foray into, well, astronomical profits. (Incidentally, Goldman Sachs agrees with Senator Cruz about trillionaire-sized profits; it too has said that Earth’s first trillion will be made away from the surface of our planet.)

For a broader examination of the potential advantages and pitfalls of this new age of interplanetary mining speculation, take a look at the MagellanTV documentary Asteroid Mining: The New El Dorado.

However, many people and entities do not share such rosy forecasts. Among the many issues that need to be resolved is, first, who owns Space, and who, if anyone, is entitled to profit off its bounty.

Then, of course, there remain other pertinent, fundamental questions, such as how a space mining infrastructure would be invented, then financed and constructed, even before the first metallic ore is mined. That represents a critical outlay of funds and resources – especially for private enterprise. In addition, there remain the still-unanswered questions surrounding long-term exposure to outer space conditions, including cosmic rays.

Another idea that has excited backers is the “capture” of a distant, mineral-rich asteroid to pull it into orbit around Earth or the Moon. This would streamline the transport of rare metals and other resources. The idea at one point caught the fancy of the U.S. government and made its way into the nation’s budget as a program called ARM, or Asteroid Redirect Mission. Its promoters were disappointed when the ARM program was deleted from the federal budget in 2018.

It remains to be seen whether another nation’s government will be willing to underwrite a significant portion of the enormous costs associated with space mining.  So, at least for the moment, the impetus for asteroid exploitation is squarely in the hands of the private sector. And since greed is a time-tested motivator for entrepreneurs and established moguls alike, it would be risky to place a bet against some private entity sinking a fortune into such an enterprise to satisfy ambitions that are truly out of this world.

Cutting-edge technologies are providing scientists with a deepening understanding of the universe. A new MagellanTV original series brings these advances to light.

What on Earth Are We Doing to Prevent a Killer Asteroid Strike?

There are, unfortunately, numerous extinction-level threats to Earth, but one for which we’re conspicuously unprepared is impact by an asteroid. However, many scientists are…

Buy Me to the Moon: The Money and Politics of Owning Outer Space

Who owns the Moon? Technically no one – but several private companies and individuals have had other ideas. As interest in the Moon’s profit potential grows, important questions…