Saturn was visible in the night sky to our most distant ancestors, yet even now important questions remain about the ringed planet: What are the rings made of? How did they form? How long have they been there?

Would you believe me if I told you Saturn’s rings, massive and so bright they can be seen with a simple telescope, are composed mostly of tiny particles of the flotsam and jetsam that comprise our universe? It’s true. But even the most brilliant scientists could not conceive of that idea for centuries after the rings were first spotted – and misidentified – by Galileo in 1610.

To the great Italian astronomer and telescope innovator, the rounded protuberance surrounding Saturn appeared as a glow on either side of the planet. He incorrectly interpreted what he saw as two moons floating on opposite sides of the orb, likening his interplanetary view to the planet’s having ears.

Using a more sophisticated telescope half a century later, Dutch astronomer Christiaan Huygens described what he saw through the lens as a flat, solid disc – in essence, a single ring wrapped around Saturn. His observation moved the discussion a big step closer to the truth, but the content and structure of the ring remained a mystery.

Two hundred years passed before Scottish astronomer James Clerk Maxwell published a paper, in 1859, reasoning correctly that the ring (or rings) could not be solid and must be made of many “unconnected particles.” And in the 20th century, advances in telescope technology and NASA’s Voyager missions finally proved Maxwell’s theory.

More recently, astronomers and planetary scientists have been combing through the data gathered by the spectacularly successful Cassini-Huygens spacecraft. The joint mission of NASA, the European Space Agency, and the Italian Space Agency explored the Saturnian system from 2004 to 2017, dramatically expanding our knowledge of Saturn, its moons, and its rings – and sending back some of the most breathtaking images of another world ever produced.

What Are Saturn’s Rings Made Of?

We now know that Saturn’s rings are composed of “particles,” mostly water ice and rocky fragments, some as small as a grain of dust, and others as big as a mountain. Viewed through a powerful telescope, it is apparent that there are quite a few rings that flow in concentric pathways around the planet.

How Many Rings Does Saturn Have?

Saturn has seven major rings that are labeled alphabetically, but not by their positions. Instead, they are labeled by date of discovery. A, B, and C are the brightest and most prominent. Moving outward from the planet, the actual order of the rings is D, C, B, A, F, G, E. Ring F consists of so many small “ringlets” that it appears from afar to be braided. The broadest and outermost is Ring E, which is 170,000 miles wide.

Even more rings have been discovered. Some lie at a different angle from the main rings, and some are influenced by moons that flow within particular rings. The source of Ring E, for example, is Saturn’s moon Enceladus.

How Many Moons are in Saturn’s Rings?

Saturn has so many moons that the commonly stated total of 62 is actually a low estimate. The vast number of moons, dwarf moons, and moon fragments floating within the rings is unknown. However, not all Saturn’s moons are situated within the rings. Saturn’s largest satellite, Titan, is a gigantic moon that’s larger than planet Mercury – and much larger than dwarf planet Pluto.

What Color are Saturn’s Rings, and Why Do They Shine?

Saturn’s rings shine because of the enormous number, possibly in the trillions, of frozen chunks of dust-covered ice and rock that revolve within them. Their colors, registering in pinks, corals, grays, and browns, would make its palette fit for landscapes of the American Southwest. It’s not known precisely why the rings have different hues, but scientists surmise that the colors reflect the chemical compounds encased in the floating particles that make up the rings. These chemicals include methane and carbon dioxide, among others.

How Thick are Saturn’s Rings?

Many observations over the years have confirmed that, as broad as these rings are, they are very thin. The average thickness of the rings is a mere 30 feet, although the rings do carry “bumps” – pileups of particles – that can tower more than two miles high!

Panoramic view of Saturn and its rings silhouetted against the Sun, taken by the Cassini wide-angle camera. (Credit: NASA/JPL/Space Science Institute)

Why Does Saturn Have Rings?

Astronomers theorize that the rocky, icy fragments that comprise Saturn’s rings are the remains of millions of years of comets, asteroids, and even small moons being pulled into the orbit of the giant planet. There, they are pulverized by the force of gravity and by impacts with other fragments floating in the giant rings.

No one has yet come up with a definitive answer to the question of how old Saturn’s rings are. The planet itself formed around 4.5 billion years ago, probably developing from gases thrown into space by the Big Bang around 9.3 billion years earlier.

Were the rings formed as the planet started to take shape? If so, it’s possible that bits of Saturn’s rocky core could have been expelled from the gas giant, ending up in close orbit. Then, over many millions of years, other objects were drawn into Saturn’s massive magnetosphere. They started revolving around the planet, crashing against other objects, and being torn apart by the impacts as well as the force of gravity until they were crushed into small particles.

It’s also conceivable that the rings are considerably younger than the planet. Some scientists believe they could have formed between 10 and 100 million years ago. The most recent data to support this theory came from the Cassini spacecraft. It relayed measurements based on the rings’ mass and brightness that caused some scientists to theorize a more recent beginning.

To discover more about the dramatic discoveries of NASA’s scientific space missions, including the Cassini-Huygens project, check out MagellanTV’s stimulating documentary Juno, Cassini, and Beyond.

Not all scientists are convinced by this new data, however. Ring expert Luke Dones of the Southwest Research Institute (SRI) told Scientific American in 2019, “I have no objection to young rings. I just think no one has found a very plausible way of making them.” Dissent from Dones’s opinion comes from a specialist at the SRI, Robin Canup, who holds that the lack of billions of years of dust pollution suggests a later starting point for the rings. “The fact that the rings are bright tells us . . . they have not been efficiently polluted, or at least that we don’t see the evidence of that.” Perhaps future close examination will settle this question; until then, scientists are still searching for a hypothesis that will stick. 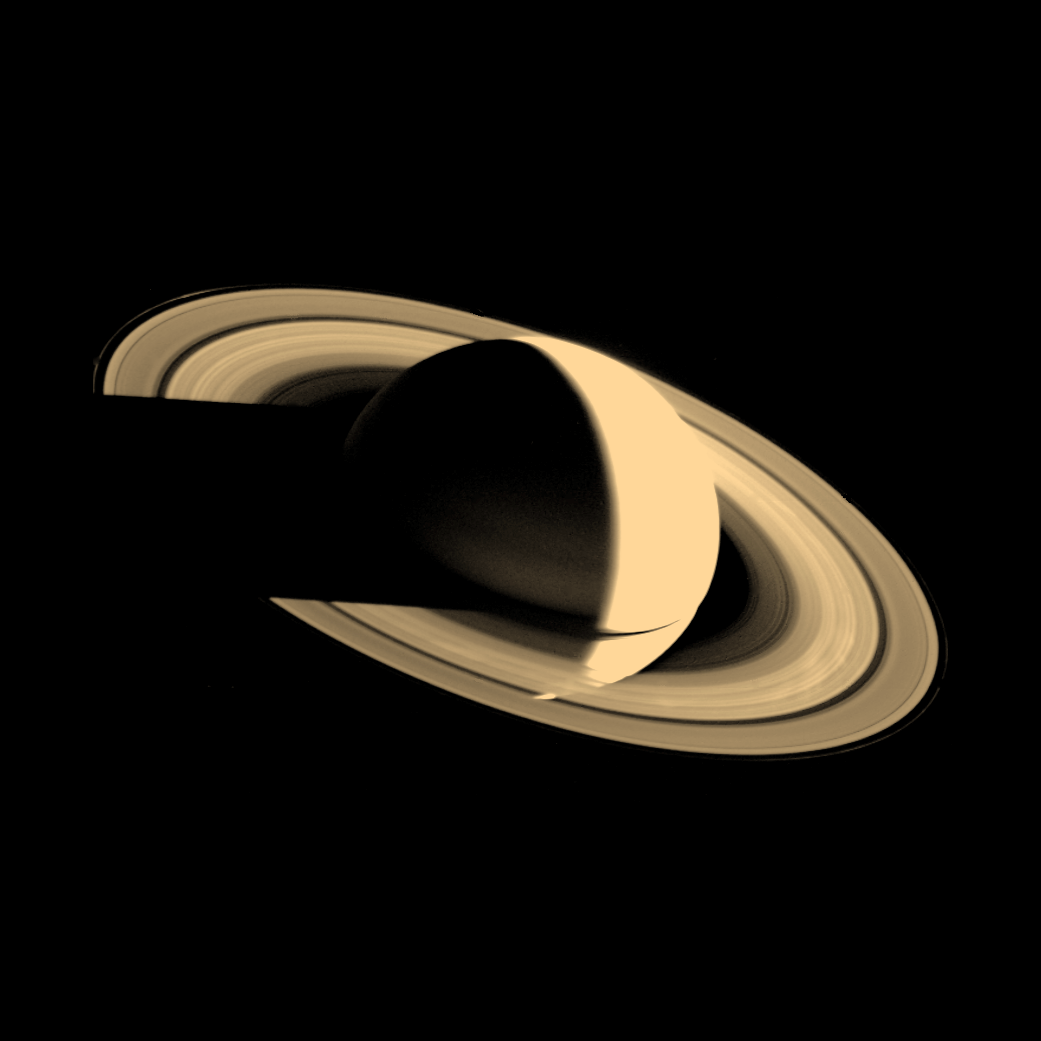 Historic view of Saturn captured by Voyager 1 in 1980. (Credit: NASA/JPL)

Want to Learn More About Saturn?

If you’re intrigued by Saturn and its endlessly fascinating rings system, there are several MagellanTV shows on the wonders of the Solar System. Sample any of these documentaries and series for more valuable information about Saturn and its fellow planets: Kingdom of Saturn 4K, Cosmic Journeys, Cosmic Vistas, and Naked Science.