In one of history’s most gruesome assassinations, Julius Caesar was stabbed to death by members of the Roman Senate in 44 BCE. What led to the murder, and what were its consequences?

Julius Caesar rose through the ranks of Rome’s elite to reestablish his family’s name while cultivating a fortune for himself. A man of the people, he maintained a ‘common touch’ while leading civil wars across the Republic. Caesar’s rise to power frustrated aristocratic nobles for the way he circumvented republican ideals, never hesitating to step on senators’ toes along the way.

For a deeper look at the life and death of Julius Caesar, check out the MagellanTV series I, Caesar: The Rise And Fall Of The Roman Empire.

Shortly after his life appointment as the dictator of Rome, the mighty Caesar’s days were cut short. A group of senators, all friends and fellow Romans, saw the dictator as a threat to Rome’s political stability and as an affront to the ideals of their Republic. They could not stand idly by as Rome fell into the lap of a self-righteous dictator. For the sake of the Republic, Caesar would have to fall.

The Assassination of Julius Caesar

Caesar returned from The Battle of Pharsalus victorious over his rival Pompey. Following his defeat of the republican Senate’s troops, Caesar seized power and became the dictator of the Roman Republic, in 44 BCE. Just two months later on the infamous ides of March, Caesar’s assassination would rattle the Republic. Spearheaded by the senators Marcus Junius Brutus and Gaius Cassius Longinus, the assassination took place in the debating chamber of the Theatre of Pompey. Approximately 50 to 60 senators attacked Caesar with their daggers drawn. His body was stabbed 23 times, making it difficult to discern who killed Julius Caesar. 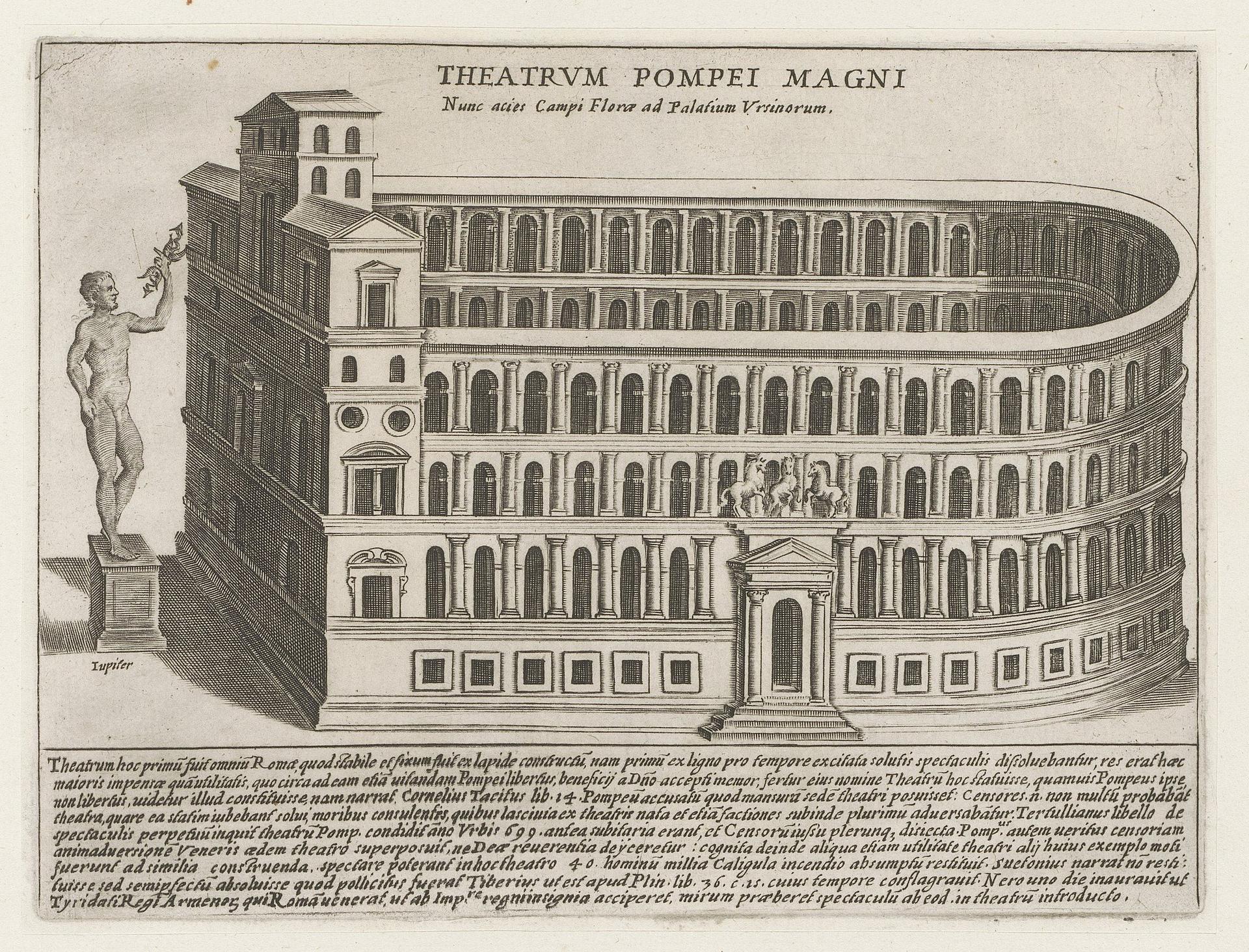 Leaders of the Conspiracy: Brutus and Longinus

Caesar’s assassins took him by surprise, but the attack had been meticulously orchestrated by two men he considered to be friends: Brutus and Cassius Longinus. The two fought on behalf of Pompey in the Battle at Pharsalus. Following their loss, they reconciled with Caesar and were given comfortable arrangements within the Republic. Despite the formal reconciliation, Caesar’s authoritarian ways and callous disregard for the Senate angered them. A believer in traditional Republican values, Cassius’s sense of duty to the Republic boiled over, and he convinced Brutus to join the assassination. They convinced more senators to partake so the murder would be seen as an act of patriotism rather than revenge.

“A nation can survive its fools, even the ambitious. But it cannot survive treason from within … for the traitor appears not to be a traitor … he infects the body politic so it can no longer resist.” —Marcus Tullius Cicero

Caesar recognized Brutus among the crowd of his assailants, and supposedly uttered the phrase, “et tu, Brute?” (“you too, Brutus?”) before collapsing within his toga. He had taken Brutus’s mother Servilia as a lover and consequently thought of Brutus as a son. Only those present in that stone echo chamber could know for sure what Caesar’s final words were. Whether factual or fabricated for poetic effect, Caesar’s fabled last words reflect a sense of betrayal that stuck him like the daggers in his back.

Why Was Caesar Betrayed?

There were several reasons for the ultimate betrayal of Julius Caesar, and they date back to one of the most famous events in Roman history. When Caesar crossed the Rubicon River with an army in 49 BCE, he emulated the Roman general Sulla who returned to Rome from civil war to serve as dictator. Sulla’s reign was temporary whereas Caesar secured a lifetime appointment. Thanks to his popularity among the people, Caesar maintained enough support in the Senate to secure total rule through legal means. When elected “dictator for life” by the senate, fears swirled that Caesar would have too much power. Even if Rome were to emerge intact after his tenure, the power of the consuls, senators, and elected officials in the Republic would be diminished.

Prevent a Dictator for Life

The longevity of Caesar’s proposed rule prompted a group of senators to rise up against him. Ultimately, they sought to prevent his becoming a dictator for life, to preserve the Roman Republic, and to enact personal vengeance against a man who wronged them. 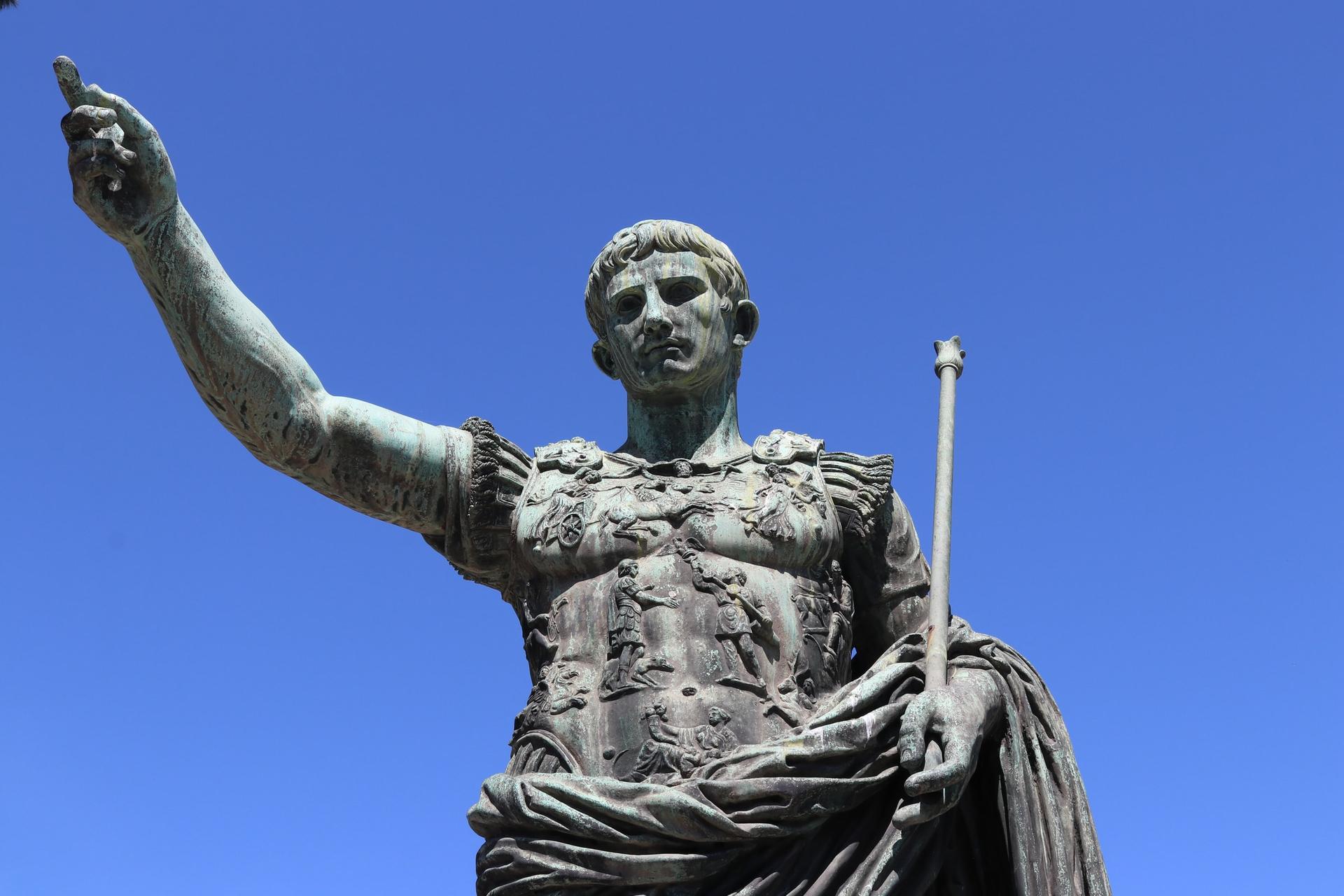 A Statue of Caesar. (Photo via Unsplash)

The assassination of Julius Caesar aimed to protect the Republic from disintegration. Caesar’s authoritarian rule threatened to reboot the systems of privilege and nepotism that senators had long enjoyed. For example, he extended citizenship to people in Gaul and even recruited new senators from beyond the borders of Italy. If Caesar were to continue on as dictator for life, such moves would dilute the power of the Senate, sapping its authority as a republican law-making body.

Where some of the conspirators saw themselves as liberators of the Republic, others wanted to get back at Caesar. The dictator’s rise to military power brought with it a great number of enemies. Despite the pardons he issued, tensions beneath rarely faded. Caesar was known for addressing the Senate with contempt and had regularly undermined its power. His vanity and narcissism irked many Roman elites, particularly when he engaged in philanderous behavior with senators’ wives. Caesar’s public popularity further frustrated the conspirators as they dealt with the repercussions of his actions on the Senate floor.

Caesar modified the Roman republican calendar to resemble more closely the solar calendar. The Julian calendar established a year as 365 and ¼ days and divided the calendar into twelve months. It was used from 45 BCE until the late 16th century when the Gregorian calendar became predominant.

The Fall of the Roman Republic

The saying goes, “Rome wasn’t built in a day” – and it didn’t fall in one either. If there was a date on which the fate of the Roman Republic took a turn for the worse, the ides of March, 44 BCE stands out, indeed. The conspirators who took his life intended to protect the Republic, but they had not anticipated the domino effect of civil wars and chaos that would ensue following the assassination. Ultimately, the Republic would collapse and another Caesar would transform its remnants into the bedrock of the Roman Empire. Julius Caesar’s adoptive grand nephew Octavian, later to be known as Augustus Caesar, embodied the slain dictator’s desire for power and carried Rome into a new imperial age.

Want to Learn More About Julius Caesar and the Roman Empire?

The assassination of Julius Caesar settled the ideological divide between Caesar, the megalomaniacal autocrat, and the political representatives who stood by their dying republic. In a time of extreme instability across Rome, Caesar secured a legacy that would outlive him, his enemies, and even the empire that formed after his assassination. For a deeper look at the life and death of Julius Caesar, check out Julius Caesar: I Am Not King But Caesar on MagellanTV.

Daisy Dow is a contributing writer for MagellanTV. She recently graduated from Kenyon College with a degree in philosophy and studio art.

When Julius Caesar crossed the Rubicon in 49 BCE, the fate of the Roman Republic had already been sealed. Rome’s representative government had been crumbling for decades. And…

The Hellenistic period (323 to 30 BCE) following Alexander the Great saw the decline of Greece and the rise of Rome to imperial dominance. The “pyrrhic victories” of Pyrrhus of…

Caligula was Rome’s third emperor, and the first to be assassinated. While the start of his reign was full of promise, he soon lost support as he became increasingly erratic,…

Known for “fiddling” while Rome was in flames, Nero is the model for depraved autocrats. Sifting through the lurid details, historians now depict a more complex man. He was…