Earth’s climate is changing rapidly, and people in cities around the world are being exposed to pollution, natural disasters, and diminished quality of life as a result of the environmental devastation. Through a combination of urban rewilding, sustainable infrastructure, and other initiatives, the green cities movement aims to change all of this, starting with the cornerstone of fossil fuel-guzzling civilization: the modern city.

What do you see when you picture a city? Perhaps you envision bustling streets, busy traffic, honking horns, and smoky air, all under the shadows of smokestacks? Most likely, images of people living in harmony with nature and spending afternoons in community gardens aren’t the first things that come to mind.

But what if it didn’t have to be this way? What if there were a scenario where city living also meant having access to wild spaces and freshly grown food? What if living in a city included excellent public transit, open spaces, and affordable, green housing?

This is the central goal of the green cities movement, a loose coalition of urban planners and citizens fighting for a more sustainable future in the face of environmental destruction.

Greening the City: The Dawn of the Movement

The “green cities movement” involves thousands of cities and urban centers around the world attempting to reduce waste, lower emissions, support sustainable businesses, and generally support the environment and the health of all beings. For the purposes of this article, “green” refers to a broad range of ways humans can improve their relationship with the environment, such as sustainable infrastructure and transit, renewable energy, environmental justice, and rewilding.

The green cities movement is relatively new, though its origins extend back much further in time. One forerunner of this multifaceted effort is the “garden city movement,” a method of urban planning in which cities are purposefully surrounded by lush “greenbelts” – hubs of nature, agriculture, and industry – which allow cities and their surrounding green areas to become self-sufficient.

Proposed by Ebenezer Howard in the U.K. in 1898, the utopian garden city movement was formative in the development of what would become the green city movement. (It was also a driver in the creation of suburban sprawl).

Watch 'Green with Health' on MagellanTV.

Many early developments in the late 19th century utilized environmentally-minded design. But by the 20th century, cities had begun to rely on using massive amounts of cheap fossil fuels to air-condition and electrify the skyscrapers and steel apartment complexes that define today’s urban centers.

Around the 1970s, images such as the burning Cuyahoga River in Cleveland and the destructive effects of pesticides made the consequences of humans’ actions on the environment more widely understood, and the green movement began to catch on.

But progress was slow, and major urban centers from New York to Hong Kong did not do enough to move decisively away from inefficient design and their reliance on toxic fossil fuels.

A Promising Tactic for Greening Our Cities: Rewilding

In addition to green infrastructure and the shift to sustainable energy, one main facet of the green cities movement is urban rewilding.

In general, rewilding refers to the process of reintroducing nature to collapsing ecosystems and industrialized areas – for example, returning wolves to Yellowstone National Park, letting forests overtake abandoned airports, or permitting mushrooms and wildlife to bring health back to areas ravaged by nuclear disasters.

Urban rewilding doesn’t simply mean planting more trees on the streets or placing a layer of grass over a basketball court. Instead, it means truly allowing nature to take over, exchanging manicured lawns for wilder spaces. Many cities have attempted to implement urban rewilding practices, with varying degrees of success. One of the more successful rewilding sites is New York’s High Line, once a railroad that was eventually converted into a lush and popular public park.

And, since 2015, the city of Dublin, Ireland, has been allowing wildflowers and weeds to overtake its open spaces, its parks, and even its graveyards. Clover and dandelion are flourishing in the city now, and the city’s bee population – once nearly extinct – is returning. Urban rewilding is just one example of a creative tactic that cities can use to go green.

One of the main reasons we are hearing about green cities more and more today is because the effects of climate change are becoming increasingly obvious, devastating, and irreversible. In 2018, the U.N. warned that we have 12 years to limit climate change catastrophe, but little has been accomplished since. 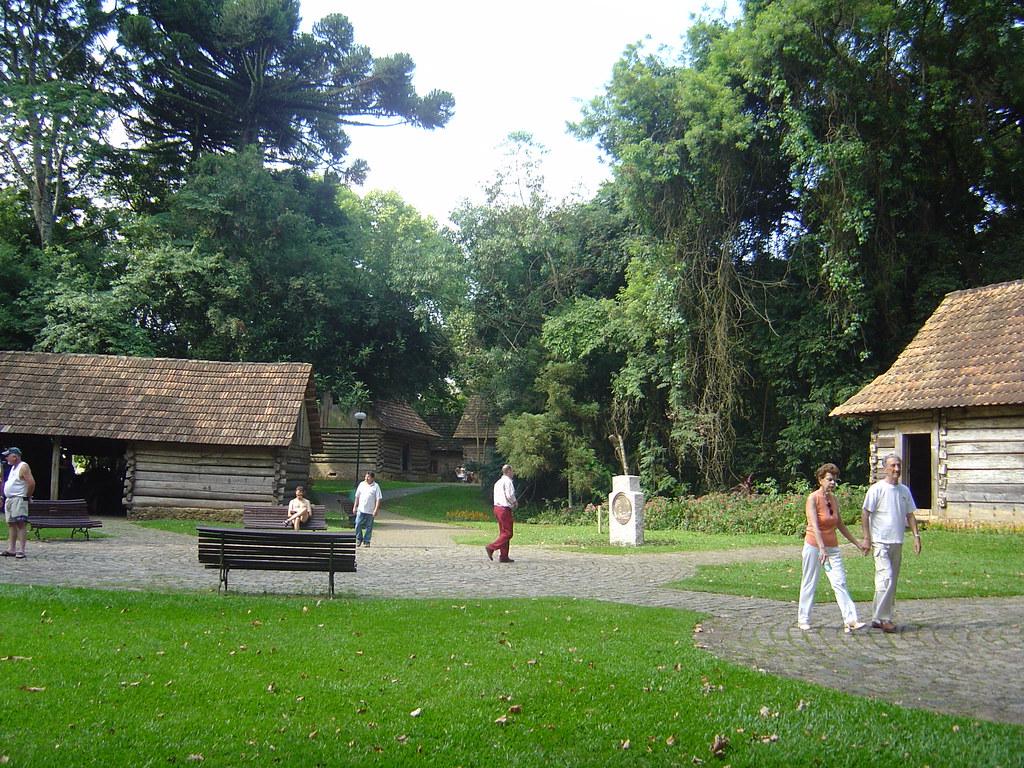 Curitiba, Brazil features a six-block car-free radius and a high tech bus system, both of which have helped the city reduce its car-related emissions. The city also allows low-income families to earn bus tickets and food by recycling waste – and today, nearly 70 percent of the city’s waste is recycled. (Image Credit: whl.travel/Creative Commons)

If we are going to combat climate change successfully, green cities have an immensely important role to play. First and foremost, this is because, despite covering only two percent of the planet’s surface and housing half of its inhabitants, cities produce 70 percent of the world’s carbon emissions.

The most urgent task of the green city, therefore, is to drastically cut the release of greenhouse gases. But green cities must also counter climate change in other ways. Since so many urban areas are located near coastlines, they are especially vulnerable to rising sea levels and other effects of climate disruption. Green infrastructure could help mitigate risks from floods and tropical storms, improving urban resilience and decreasing damages.

Green Cities and the Economy

Of course, not every city has the financial resources to rapidly install a great public transit system and giant parks, and urban planners too often feel forced to choose between economic growth and sustainability.

But the reality is that climate change and environmental destruction will be far more economically devastating than the cost of any amount of green city planning. Fortunately for our growth-centered economy, greening cities can actually be immensely beneficial for the economy. Studies have shown that green areas can lead to higher productivity and higher home values, and the transition to renewable energy can save money while creating jobs.

Green cities can also improve the quality of life for cities’ residents, if the process is done right. Retrofitting buildings to run off clean energy, for example, can massively reduce a city’s overall energy expenditures while offering healthier environments for all inhabitants.

Today, many city planners argue that green cities have the potential to be at the center of a movement towards a more just and environmentally sustainable economy. Any truly sustainable city, these forward-thinking planners argue, must address environmental racism, the result of which is that poorer residents are often subject to the worst effects of environmental destruction. These residents, often communities of color, wind up living by power plants or the belching smokestacks of factories, leading to widespread health issues.

“Greening the economy of cities is a necessary pre-condition to achieving a greener global economy that leads to poverty eradication.” —Erin Kennedy et. al, “Greening the World Economy Through Cities,” United Nations University

Historically, green efforts in cities have benefitted the affluent, as wealthy blocks often receive the majority of new parks and tree-planting efforts, while also being the first to transition to clean energy. But some new green city plans are trying to counteract this damaging trend.

One example of a green city proposal that would combat environmental racism and boost the economy is the Green New Deal for Public Housing, a facet of the broader Green New Deal. This plan would turn outdated public housing models green, creating thousands of jobs and cutting millions of tons of carbon emissions, while providing residents new and better places to live.

Green cities aren’t just advantageous for the planet and the economy, and they aren’t just opportunities to improve life for a segment of the population. They are tangibly beneficial for everyone’s health.

A 2016 World Health Organization report found that greener cities can improve relaxation and mental health in the long-term. It also found that such cities can benefit social capital and social relationships; can improve immune system, respiratory, and cardiovascular functions; and can even improve infant mortality and general mortality rates.

“Green space is also good for carbon sequestration. So there are multiple beneficial effects. And increasing green space can, therefore, reduce a significant number of premature deaths in cities.”  —Dr. Mark Nieuwenhuijsen

Researcher Ian Alcock theorizes that green cities allow our “overburdened cognitive faculties to restore themselves to a more relaxed state.” More importantly, cities willing to invest in greening initiatives – which lead to cleaner air and water – are more likely also willing to invest in the health and well-being of their inhabitants.

The Green City Movement in Action

One of the earliest efforts to promote the widespread development of green cities is the Leadership in Energy and Environmental Design (LEED) system, developed in the 1990s as part of an effort to rank cities’ sustainability. Through this ranking system, buildings are classified based on the quality of their sustainable sites, the efficiency of their water usage, their energy and atmosphere, their building materials and resources, their indoor environmental quality, and their innovation and design process.

Today, many organizations are coming together to fight for the greening of cities. A network called C40 Cities is encouraging cities to be forerunners in the fight against climate change and environmental destruction, arguing that cities can be at the forefront of the necessary global effort against climate disaster. 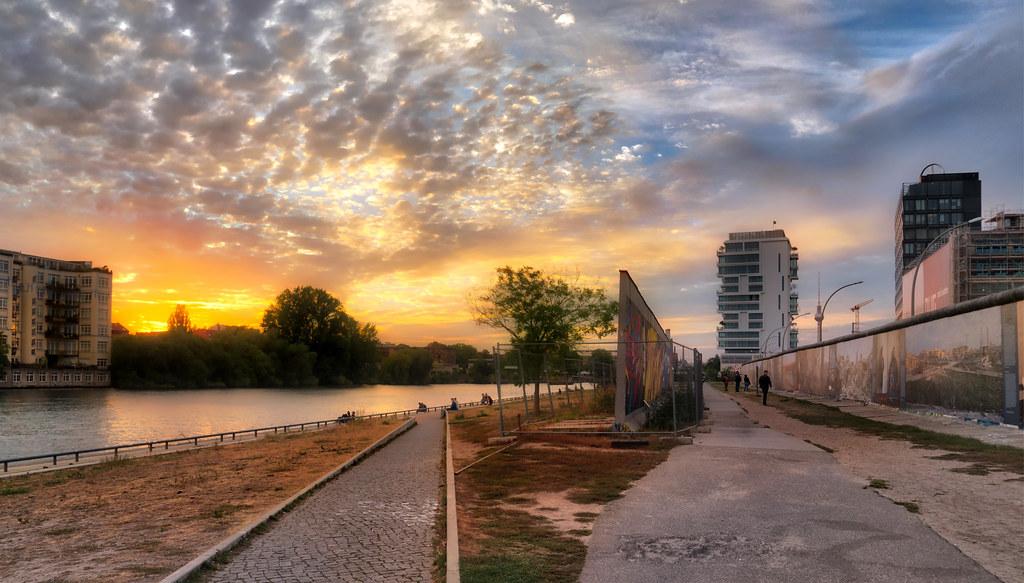 Berlin, Germany, has many programs designed to encourage sustainability. For example, the city has a tax on petroleum and other environmentally unfriendly activities, and its apartments use a filter system that recycles and reuses greywater to water rooftop gardens. (Image Credit: Trey Ratcliffe/Creative Commons)

The U.N.’s Food and Agriculture Organization has also launched a program called the Green Cities Initiative, dedicated to encourage cities to add green spaces and sustainable food systems. Slowly, the world seems to be waking up to green cities’ potential, and to the manifold benefits of clover and wildflower-filled gardens and clean skyscrapers.

Of course, in practice, green cities aren’t easy to implement, and it will take massive investments and public consensus to achieve a green future. But with climate change worsening every day and each year hotter than the next, it seems we’ll have to choose between greening our cities – or watching as they are overtaken by the sea.