The Cosmic Origins of Our Celestial Home: How Birth of Planet Earth Turns Our Gaze to the Heavens

Our little outpost of a planet in the Solar System is actually quite awesome, and the story of how we got here, third rock from the Sun, with self-sustaining life, is no less astounding. The motions of other planets in the early development of our system had a key impact on Earth’s success as an incubator of life. These issues and more are addressed in a stunning documentary, Birth of Planet Earth, available on MagellanTV.

The world seemed enormous when I was very young, and the night sky limitless. As a little boy in a sparsely populated part of Florida, I had a relatively clear view of the Milky Way and, because our family spent many evenings on the patio of our ranch-style home, I had a lot of time to gaze at stars . . . and wonder.

How did so many stars end up in the heavens, and what of the star we call the Sun? What is our place in the universe? And how did we get to where we are in our own home, and on our own planet? I sometimes would feel a rushing sense of vertigo as I imagined lifting off from Earth and beginning an awesome, if a little unnerving, trip among the stars that filled the sky. 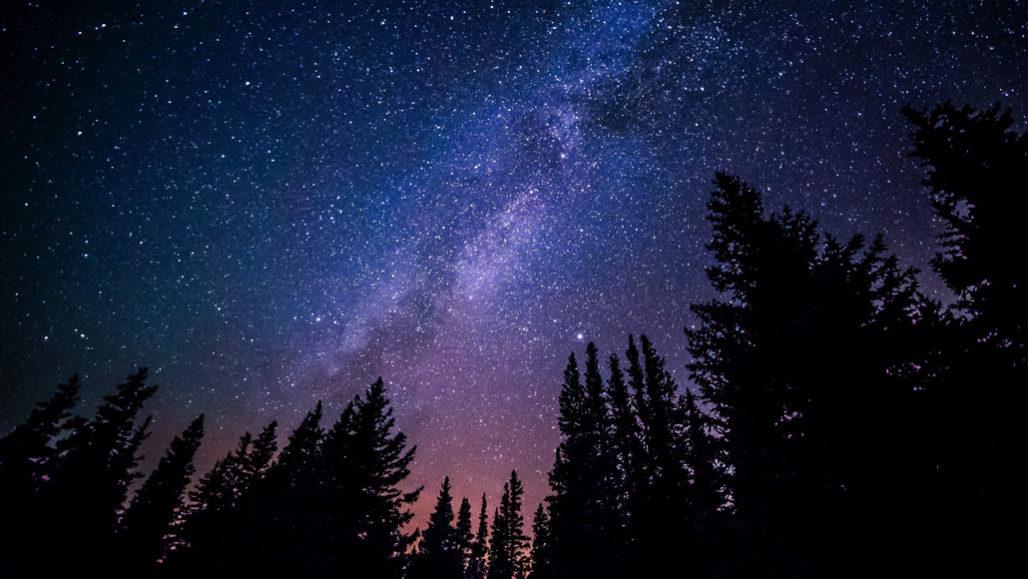 My interests soon developed in other directions, but these memories of long evenings gazing at the Moon and stars are with me again as I ponder some simple yet profound questions: How did the Solar System develop? How did we Earthlings come to occupy such valuable real estate – a planet with an atmosphere and lots of water! – in our tiny corner of the universe?

I took these thoughts with me when I had the extraordinary pleasure of viewing a MagellanTV documentary film titled Birth of Planet Earth one recent Sunday morning on a big screen. A really big screen. In fact, this visually stunning film was projected onto a dome screen – like those in planetariums – with the audience reclining and gazing upwards, just as I had done as a child, to peer into the deep recesses and mysteries of outer space.

Birth of Planet Earth is a “dome show” converted to a 4K flat-screen experience specifically for the enjoyment of MagellanTV viewers. The film’s writer/director, Thomas Lucas, is also a cofounder of MagellanTV, which is dedicated to providing high-quality, well-informed documentaries for audiences worldwide.

Mysteries of the Earth’s Formation

When I was young it never occurred to me that Earth had a beginning. So stable a planetary address (Earth, Solar System, Milky Way, Universe) surely had been around since the first, extremely active week of creation, as beatifically explained by the nuns and priests who taught me catechism in grade school.

But eventually the majesty of science seized my attention, and there was no turning back. So how was Earth created, if not in the way it was described in the Bible? As explored in the doc Birth of Planet Earth, it took a long time – a very long time. Over several billion years following the Big Bang, gases and chemicals drifted around in space, interacting to form bits of dust and tiny particles of rocky matter. A few billion years more, and gravity drew the gases, dust, and rocks into each other at high speeds, leading to larger agglomerations of matter. 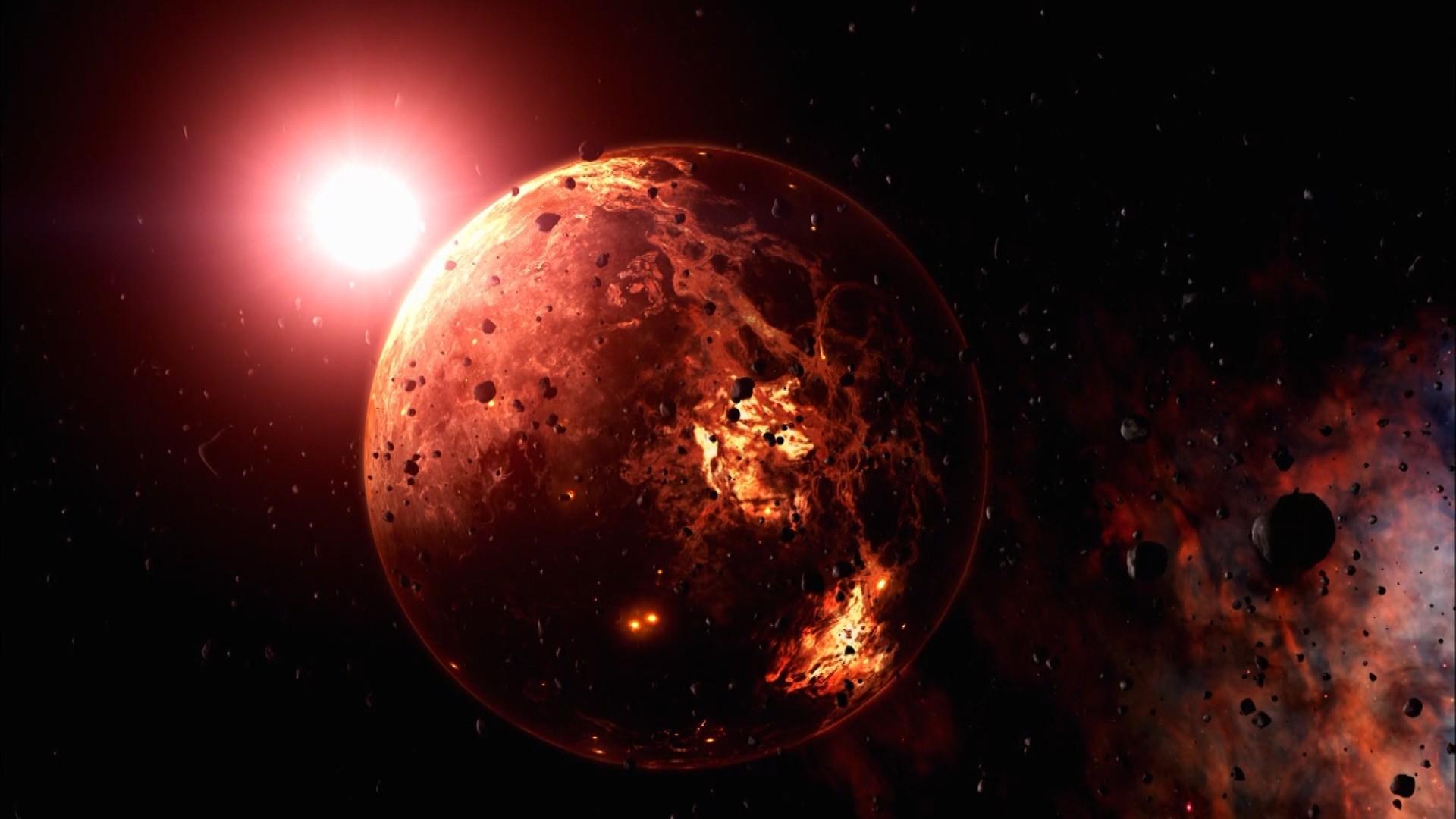 Gravity held gases and solid matter close together, forcing energetic interactions and igniting gaseous explosions around a central core that formed the “solar nucleus,” or protostar, the earliest version of our Sun.

Approximately 4.6 billion years ago, the energy and mass operating in and around the protostar produced a constant generative power, bringing the Sun fully to life. The enormous gravity of the Sun captured even more gas and rubble, continuing a process of collision and expansion that eventually began to form proto-planets – small, rocky orbs that were pulled into solar orbit.

Planetary Movements and the Creation of Our Moon

You can see the seemingly chaotic movements – actually guided by gravity and mass – of rocky orbs of all sizes in this informative documentary. The bodies grew larger as they drifted in orbit around the Sun over tens of millions of years. Eventually the orbs increased to the size of planetoids. And along with them, our Earth began to take shape as well. Birth of Planet Earth shows with depth and clarity how the rocks and boulders merged explosively with one another in the gradual development of the Solar System.

Only about 100 million years younger than the Sun, Earth was at first not any different from the rest of the planetoids. Mostly composed of compressed rock, with no atmosphere and very little, if any, water, Earth was among four – or, more likely, five – planetoids bouncing around the Sun, relatively close in, and approaching the stable orbits of our rocky planets today.

Approaching stability, yes, but not stable yet. Further out in space, but still within the Sun’s gravitational reach, grew the “gas giants” of Jupiter, Saturn, Uranus, and Neptune. And their orbits, in particular Jupiter’s and Saturn’s, were quite unstable, varying greatly in their distance from the Sun.

MagellanTV subscribers can choose from scores of documentaries on Earth, the Sun, and the other planets of the Solar System.The Jupiter Enigma will be of particular interest to add to the discussion of the Moon’s violent birth.

Astronomers theorize that Jupiter drifted in and out, toward and away from the Sun, wreaking havoc among the early inner planets, including a hypothesized Mars-sized planet named Theia. Given the ruckus kicked up by enormous Jupiter closing in on the inner planets, the best current theory is that the gravitational influence of the gas giant caused Theia to collide with Earth.

It never would have occurred to me as a child that my seemingly serene, stable view of the night sky had such a violent history. Yet our own planet’s development depended to a large degree on impacts with other bodies, from icy asteroids to the spectacular collision with Theia.

In the two planets’ violent encounter, a huge section of the combined Earth-Theia mass was flung out into space – not so far as to escape Earth’s own gravitational pull, but far enough to create our planet's only natural satellite, the Moon.

Earth Gets an Atmosphere, and Life Gets a Boost

Jupiter eventually receded to its current distance from our planet after kicking up such a commotion, but Saturn also took a turn. Saturn drew to it many of the icy rocks and boulders drifting around the inner Solar System to create its rings, “clearing out” the orbits of the smaller, closer planets. This allowed Earth a little peace and quiet after so many eons of impacts.

There’s a very comprehensive look at the planet of Saturn and its long history in the MagellanTV library. Called The Kingdom of Saturn, this video documentary follows the Cassini spacecraft as it approaches and explores Saturn, its rings, and its moons.

It was by no means a sure thing that a life-supporting atmosphere would develop on Earth. But our planet was bombarded by icy rocks, comets, and meteors as it evolved, allowing it to develop water and, eventually, an atmosphere.

As Birth of Planet Earth reveals, geothermal reactions caused by fissures in the Earth’s crust, as well as by massive underwater volcanoes, may have created the conditions through which life-creating chemical reactions began to occur.

However it began, approximately 3.5 billion years ago the first signs of life appeared on our planet. These first signs are so primitive as to be nearly unrecognizable. The carbon-based forms took the shape of micro-organisms found in or near underwater geothermal vents.

Did all life on Earth develop from these geothermal micro-organisms, these “haematite tubes and filaments”? So far we just don’t know, but the persistence of life in geothermal vents over billions of years suggests that a connection may someday be confirmed. We are all carbon-based, after all.

Days of Miracle and Wonder: The Awe of the Earth and Stars

And so we’re left again at a point of wonder at the unknown. As much as we know now about the formation of Earth, the Moon, the other planets of the Solar System, and the Sun, we must acknowledge that there’s still so much more to learn. What was the “spark” that caused the inert chemicals, minerals, and elements of our young Earth to interact in just the right way to cause life to bloom? And did this spark ignite in just one spot on our planet, or did it happen in many places around the same time? 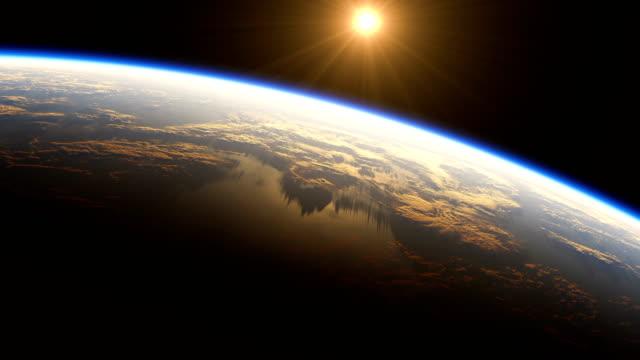 So many things left to learn leaves me with an echo of the vertigo that I felt so many years ago as I gazed at the stars from my parents’ lounge chair on our Florida patio. Luckily, I now have a tool to help me grasp the enormous scale of Earth and its place in the heavens. That tool is the massive video library of MagellanTV, where Birth of Planet Earth, The Jupiter Enigma, The Kingdom of Saturn, and many other compelling video documentaries can be found.

The site is the perfect place to rekindle the sense of awe you may have felt as a child looking at the night sky and considering your place in it. And it’s a good place to expand your awareness of things you may not even have considered . . . yet.

The aurora has inspired countless myths and legends for thousands of years, but scientists only recently were able to prove how it actually forms. Let’s take a deep dive into the…