[Editor's note:  Valentine's Day is upon us, and millions of people are hoping to spend it with a "special someone."  For at least a few seekers of romance, that partner might come in the form of a robot -- as explored in this article that was orginally published in November 2019.]

Humans have long been fascinated and unnerved by artificial intelligence. Recent developments have led to the emergence of AI therapists, emotional support animals, and even lovers. This raises deep existential questions about what it means to be human, such as: Can a robot ever really love us? Should humans have the right to be able to treat robots however they want? And will robots take over the world? Here’s a brief survey of some of the biggest questions about artificial intelligence, love, and the relationships between people and robots.

Kondo, a 35-year-old schoolteacher in Tokyo, had been “dating” a holographic projection of an artificial popstar named Hatsune Miku for years. He finally tied the knot with her in 2018, albeit not legally, and Kondo swears that the love is real. “I’m in love with the whole concept of Hatsune Miku but I got married to the Miku of my house,” he said, referring to the $2,800 capsule that contains his “wife.” Apparently, Miku performs “wifely” duties like waking him up in the morning and telling him to go to bed. 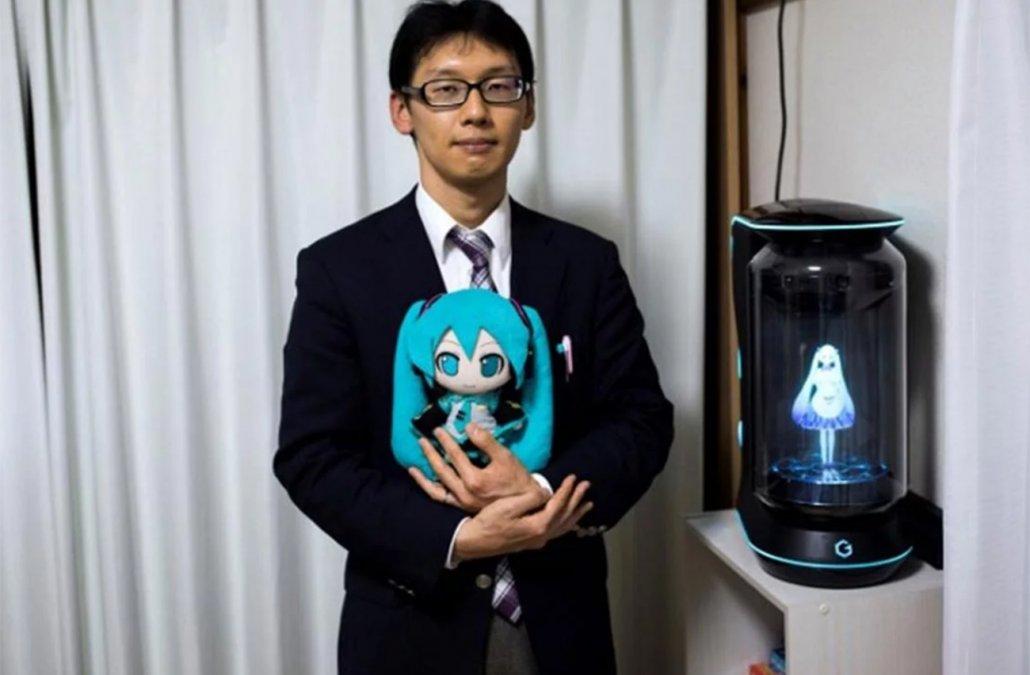 All this might remind you of a few other stories — perhaps that of Blade Runner 2049. In the film, the protagonist K dates a holographic robot named Joi. Though she is an artificial intelligence, Joi (at least the version of her that we see in the film) eventually appears to develop feelings for K.

Since it began in Philip K. Dick’s Do Androids Dream of Electric Sheep, the Blade Runner universe has explored the boundaries between humans and robots, making the argument that even though robots might be different in origin from humans, their status as robots doesn’t necessarily negate their capability to love (or our ability to love them).

As Kondo’s “wedding” revealed, the future portrayed in Blade Runner 2049 has already arrived. We live in a world where robots can serve as companions, caregivers, and even lovers. These realities raise complicated questions about an already deeply complicated topic – love – but thinking critically about the ethics and science of robot emotions might just teach us a bit more about what it means to be alive.

Love in the Uncanny Valley: From Sex Robots to Holographic Wives

Sex robots have been around for quite a while, if you count the sex dolls that date back to the 17th century. A few centuries later, in 1997, some of the first silicon mannequin sex robots were released by an inventor named Matt McMullen. From there, the industry has continued to grow. Just recently, a Nevada brothel called Alien Cathouse made headlines for offering AI sex robots to global clients. For a cool $2,276, you can purchase a sex robot named Emma who is able to breathe, communicate, and remember details you tell her. Holographic wives (like Ahikiko Kondo’s) tend to go for around the same price.

If given the choice, would you elect to have a robot companion? Most people say they would not. In fact, a recent survey cited in The Independent found that while 68% of participants thought robots could be helpful to humanity, only 28% said they’d want to have robot caregivers. If the idea of having a robot wife or therapist sends a chill down your spine, you’re not alone.

“Evolutionary history has tuned us to detect minor distortions that indicate disease, mental or physical problems. To go after a human-looking robot or avatar is to go up against millions of years of evolutionary history.” – Psychologist Thalia Wheatley, Dartmouth College

In general, humans tend to react negatively to entities that blur the lines between robotic and human characteristics. This is due to a phenomenon known as the “uncanny valley,” which refers to that peculiar feeling you get when you see a humanoid robot. Though it’s unclear as to exactly why we’re so opposed to robotic creatures that resemble us (but not quite), some believe that evolution plays a role. When confronted with a creature that seems both human and alien, our insticts may tell us both to invite the creature into our packs and to stab it with the nearest spear, and these conflicting impulses create a disconcerting tangle of emotion.

In light of this, maybe the proper question isn’t whether robots can love us. Maybe it’s whether the average person will ever be able to truly love them. After all, isn’t true love what we’re all looking for?

Robots of the Future: Emotions, Love, and Robot Relationships

The idea of having a submissive hologram for a spouse might appeal to a lot of people, but is that kind of love really love? What is love, after all? Well, that’s an age-old question (and the subject of a few very good songs). Technically, love is an emotion, but knowing that provides little clarity, because there are so many different theories about what emotion is.

To learn more about robots that can feel and interact (and the humans interacting with them), check out MagellanTV’s documentaries The Joy of AI and Can We Live With Robots?

In light of all this, it is feasible that a robot would be able to develop some semblance of the ability to feel and express genuine love. But is real love defined by actions and reactions to stimuli and hormones, or is it something more, something divine or transcendent? Could an AI ever hope to approximate that kind of true love?

Roboethics: Should Robots Love, and What Rights Should They Have?

The question of whether robots can love usually arises in reference to how robots treat people. But if we’re speaking seriously about robots that can “feel” and “love,” even in a simulated context, we need to talk about how humans treat robots.

Even if you don’t consider robot emotions and feelings to be "real," there’s still something disturbing about the idea of people keeping robotic slaves or using humanoid bots for their own nefarious purposes without any regulation at all. It is quite possible that robot abuse could be a problem in the future.

Dr. Hooman Samani thinks that robots can most definitely love. That’s why he’s invented a field called “lovatics,” which is intended to investigate human-robot relationships. Eventually, he hopes to develop robots that can “love and be loved” by humans. 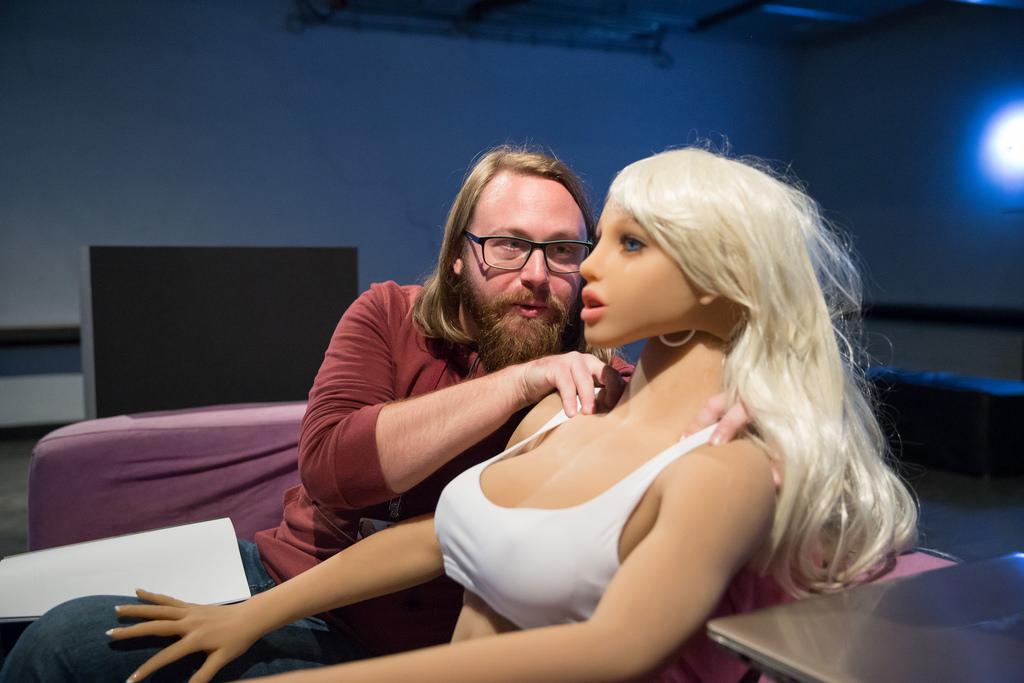 The field of roboethics has existed since 1940, when Isaac Asimov developed his “Three Laws of Roboethics.” In order to address roboethics' increasingly relevant concerns, the First International Symposium on Roboethics took place in 2004, in Sanremo, Italy. Among other issues, the roboethics asks whether we truly want robots to think like humans, or whether they ought to be programmed differently or even better. Maybe we could get robots to think like us, but would we really want them to? What if we could correct some of the flaws in the human mind, replacing selfishness with altruism and canceling out some of the suffering that plagues so many of us?

“Humans are limited in the attention, kindness and compassion that they can expend to others, but AI-based compassionate robots can channel virtually unlimited resources into building compassionate relationships in the society.” – Amit Ray

After all, humans are often influenced by subconscious biases and deep-rooted wounds. Artificial intelligence has been shown to express the racist, sexist, or otherwise negative biases of the people who created them, and algorithms will always do this unless we engineer them to follow some sort of moral code. The need for ethics in Silicon Valley has often been emphasized, but it’s never been more important than with the question of artificial intelligence.

In spite of all the potential implications and pitfalls of human-robot relationships, there are still some who wholeheartedly believe that humans and robots can have real, fulfilling relationships – and many of these advocates love to cite Blade Runner as an example. In the original film’s final scene, a robot named Roy Batty delivers his infamous “tears in the rain” monologue, which represents one of the film’s most striking and emotional moments.

Watching Batty in that scene, it’s impossible to doubt that he really loves Pris, the robot he’s just lost. If a robot looked at me like that and delivered a similar monologue, I don’t know about you, but I think I’d be at the next Robot Rights protest.

Our unconscious mind controls many of our actions and our thoughts. But science-backed methods of influencing our brain, such as meditation and visualization, can put us back in…