Space has captured our imagination since before we developed ways to see farther than the naked eye. Planets and constellations swirl in the literature and art of countless cultures. We know the names of Yuri Gagarin, John Glenn, and Neil Armstrong for their courageous contributions to the book of space travel, but what about the women who have made such journeys, too. Read on to learn about four women whose feats of space exploration and accomplishments here on Earth are no less inspiring.

For astronauts, space is not always their final frontier. For some, it’s just one planet in their orbit of accomplishments. Let’s learn about the careers of five women astronauts who set their sights on breaking boundaries high and low, and how they accomplished those feats through space exploration and more. The group includes the first woman to orbit the Earth and the first person to visit both the International Space Station and our planet’s deepest oceanic trench, a flutist in an all-astronaut band and a dancer turned doctor turned astronaut. For some, their visits to space have completely changed how we view our world; for others, their exploration continues to this very day.

Mae Jemison: Dancing in Space (and on Earth)

You might think being the first woman of color to travel to space would have capped the achievements of Dr. Mae Jemison. After that flight on the space shuttle Endeavor in 1992, she could have said she had traveled as far as she could go. But a pathbreaking trip to space was only one dot on the timeline of her stellar career.

A precocious student, Jemison began her studies at Stanford University at the age of only 16. When she questioned her decision to become a physician, wondering if she should pursue her love of dance instead, her mother advised her, “You can always dance if you’re a doctor, but you can’t doctor if you’re a dancer.”

Ultimately, Jemison chose medicine and was, for a time, a Peace Corps medical officer in Liberia and Sierra Leone. But over the course of her career, she observed that the arts and sciences are more closely connected than many people think. In a CNN interview, she said, “Both of them are required for creativity. Both of them move the world forward.” 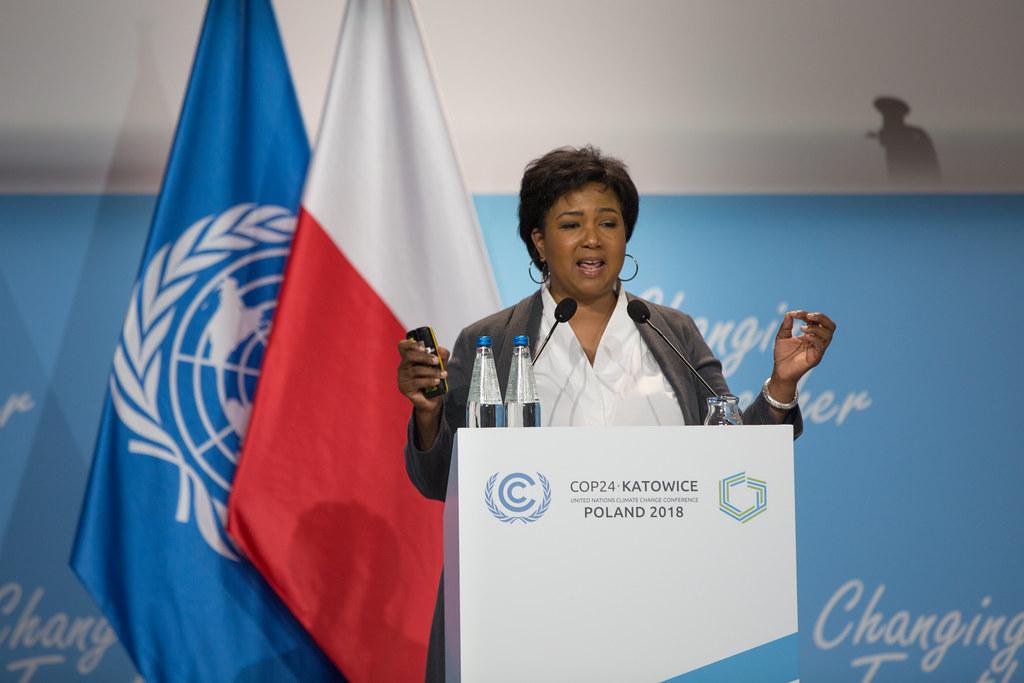 Likewise, she recognized that dance and working with a space shuttle crew have much in common. “You have to constantly rehearse . . . you have to be pretty thick-skinned as well because you have to take criticism and apply it.” And she never lost her love of dance – she continues to choreograph the public performances in which she appears.

Jemison’s experience is so broad that some might say it has to be fiction. And while that’s not true, she did, in fact, appear in an episode of the television show Star Trek: The Next Generation. A hardcore fan of the pioneering series, she guest-starred as Lieutenant Palmer in the episode “Second Chances” only a year after her real-life mission to space. On the Endeavor, she even began her daily shifts by radioing, “Hailing frequencies open” – a line often delivered by fictional Lieutenant Uhura (played by Nichelle Nichols) on the original Star Trek series. Uhura, whose name came from the Swahili word uhuru (“freedom”), was an inspiration to a young Mae Jemison.

All astronauts share a love of science and exploration, but you might be surprised to learn that another skill many have in common is musical ability. One of those space-traveling musicians is Cady Coleman, a veteran of three trips into orbit (in 1995, 1999, and 2010). She is a chemist and a retired U.S. Air Force colonel who also happens to be an accomplished flutist.

On her third flight, aboard a Russian Soyuz spacecraft, she and her crewmates delivered basic supplies such as oxygen and compressed food to the International Space Station. But Coleman had some other less practical items with her: flutes! The instruments were provided by well-known fellow flutists: a pennywhistle from Paddy Moloney of the Chieftains, a traditional Irish folk band; an Irish flute from celebrated musician Matt Malloy; and another flute from Ian Anderson, the leader of Jethro Tull, the British prog-rock band. 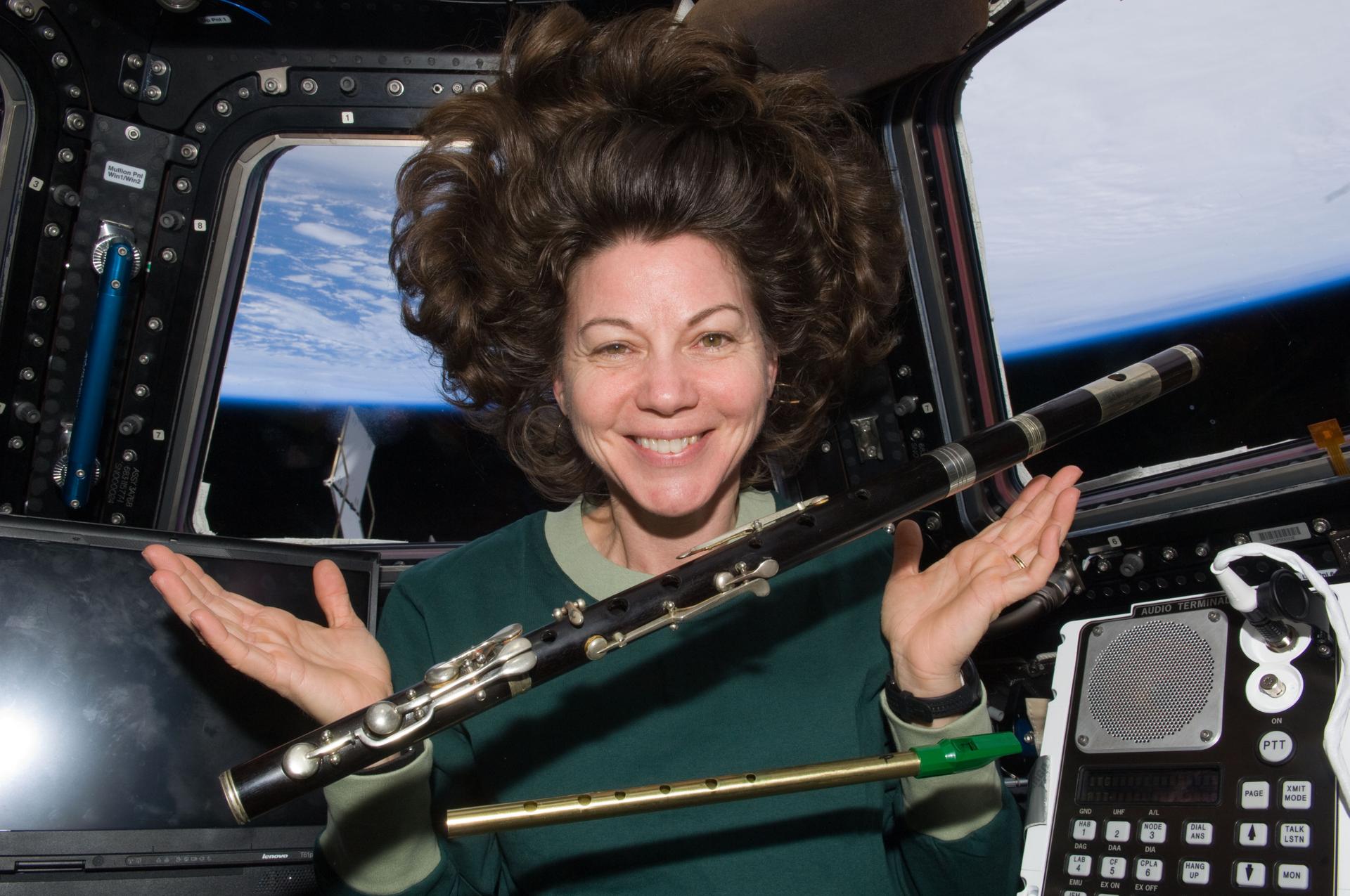 As you can imagine, being an astronaut requires lots of teamwork. Coordinating with crewmates involves plenty of duets. But in April 2011, Coleman brought a unique kind of duet to the ISS when she and Anderson played together live via video link as part of a Jethro Tull concert in Russia celebrating the 50th anniversary of cosmonaut Yuri Gagarin’s historic first flight into space.

Continuing her love of the arts in her retirement from NASA, Cady Coleman is a member of Bandella, which features several other musically talented astronauts. The band collaborates to create both originals and covers through a mix of audio and visual storytelling.

Coleman’s knack for storytelling came in handy when she and actress Sandra Bullock connected on a phone call while Cady was aboard the ISS. She answered questions from Bullock about what life was like on the station. Why? Because Bullock was preparing for her role in the Oscar-winning 2013 film Gravity.

Kathy Sullivan is no stranger to pushing the limits, and she’s been doing it throughout her distinguished career. A geologist by training, her interests initially led her to explore the depths of the ocean, taking part in submersible missions to understand the volcanic processes beneath the Earth’s crust. But she was also intrigued by space exploration, and for her that meant catching a ride with NASA.

In 1984, Sullivan was on the crew of the Challenger space shuttle’s sixth flight (STS-41-G). On that landmark mission, she made the first spacewalk by an American woman, and completed the testing of a system designed to refuel satellites while in orbit. In 1991, she was a crew member of the historic Discovery space shuttle mission (STS-31) to deploy the Hubble Space Telescope. And in 1992, she flew her final mission on the Atlantis space shuttle (STS-45) as payload commander of the  Atmospheric Laboratory for Applications and Science experiments.

Upon her retirement from NASA, Sullivan returned to endeavors here on Earth. In government she served as Assistant Secretary of Commerce for Environmental Observation and Prediction and as Deputy Administrator of the National Oceanic and Atmospheric Administration (NOAA). But the pull of hands-on exploration remained strong. 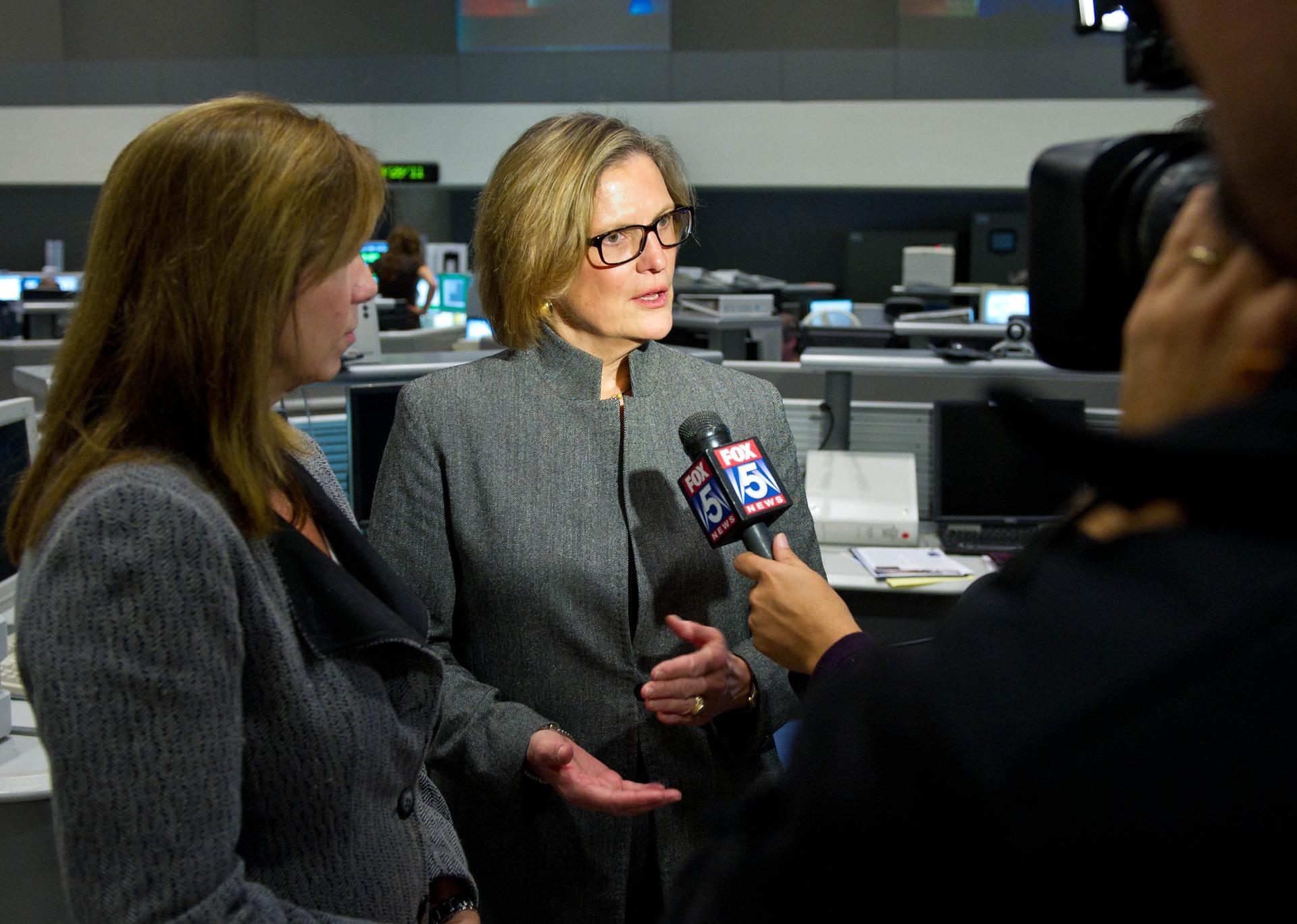 Continuing her work with environmental observation, Sullivan became the first person to have visited both space and the deepest depth of the ocean in June 2020. On a mission to Challenger Deep in the Mariana Trench of the western Pacific, she and fellow explorer Victor Vescovo journeyed almost seven miles down to the ocean floor. Considering how many “firsts” she racked up, would you be surprised to learn she was the first woman to achieve that feat?  Of course not!

After returning from Challenger Deep, Sullivan spoke with the astronauts who had recently arrived at the ISS on the Space-X Crew Dragon. In a statement following the call, she said, “As a hybrid oceanographer and astronaut this was an extraordinary day, a once in a lifetime day, seeing the moonscape of the Challenger Deep and then comparing notes with my colleagues on the ISS about our remarkable reusable inner-space outer-spacecraft.”

The first woman in space. The youngest, too, at 26 years of age. And the only woman to complete a solo spaceflight. You’d think Valentina Tereshkova would be among the best-known names in modern history. But even with a couple of songs and albums in her honor, a traveling museum, and a turn carrying the Olympic torch, this “first, youngest, and only” cosmonaut is often only dimly remembered – especially in the West.

Maybe she doesn’t mind so much, though. After all, she started her career on the sly. As a young woman, Tereshkova secretly trained as a competitive parachuter, hiding her jumps from her family. But even if she was able to keep her exploits from her family, the heads of the Soviet Union’s early space program noticed. And, inspired by the Soviets’ first cosmonaut, Yuri Gagarin, she applied for a pioneering all-women team of cosmonauts and was selected.

Her historic voyage began on June 16, 1963, when her Vostok 6 space capsule was launched into orbit. During the flight, she circled the Earth 48 times and logged more than 70 hours in space – more than the combined hours of six American astronauts who had ventured into space by that time.

“If I had money, I would enjoy flying to Mars. This was the dream of the first cosmonauts. I wish I could realize it! I am ready to fly without coming back.” —Valentina Tereshkova, interview with Komsomoskaya Pravda, 2007

A trailblazer in the race to space, Tereshkova has also been a leader on Earth. After her historic flight, she served as head of the Soviet Women’s Committee as well as of the International Cultural and Friendship Union. Her career continued into the political realm when she became Deputy to the Supreme Soviet. After the dissolution of the U.S.S.R., she served as Chair of the Russian Association of International Cooperation. Later, in December 2011, she was voted into the State Duma as a member of the United Russian Party. 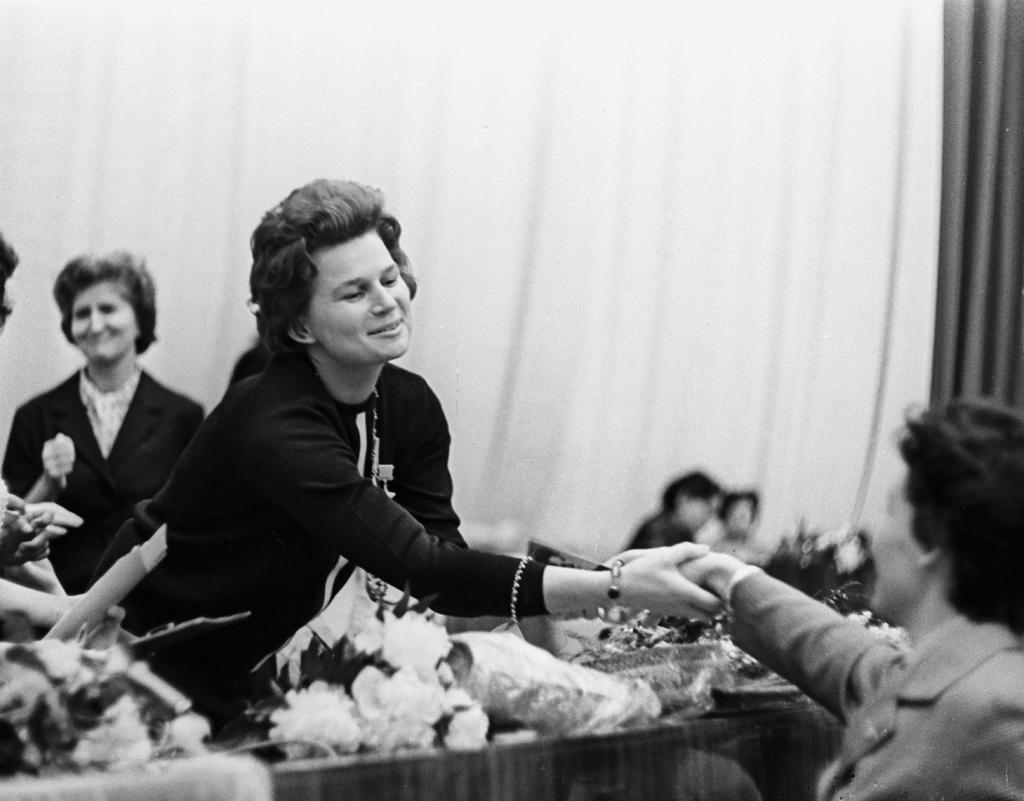 On the lighter side, the British electro-pop act Komputer released a track in Tereshkova’s honor in 1997. “Valentina,” which very literally recounts her spaceflight with backing synths to celebrate the event, was the group’s most successful song up to that time. Who knows? The band’s far-out recollections of her flight might have been inspired by Valentina’s words upon reaching orbit, which were simple but eloquent: “I see the horizon. There is a blue stripe. This is the Earth. How beautiful it is! Everything is going well. Hello, Universe.”

Everyone knows about Amelia Earhart, but can you name another notable female pilot? Some of the great pioneers of aviation were women, and the story of a group of women who were…

While space travel seems out of this world, it comes with a cost. Each mission has physical and psychological effects on astronauts. As we try to push further into space, it’s…