The Year in Review: MagellanTV’s Top Documentaries of 2021

We’re almost to the finish line of 2021, and it’s been a doozy of a year. As we look forward to the new year, this is just the right time to review some of the best documentaries MagellanTV has featured in the past 12 months. From riveting accounts of the Roman Empire to the tiny and fascinating creatures that inhabit the Earth today, our winners and runners-up are quite a diverse bunch. Carefully chosen from five categories – True Crime, War/Military, History, Sci-Tech/Space, and Nature – here are (drum roll please…) MagellanTV’s Top Documentaries of 2021.

Drug wars in the Philippines, child slaves in Myanmar, corruption in India – this hard-hitting investigation into the underworld of Asia extends through 17 jaw-dropping episodes and multiple countries to highlight appalling injustices that might otherwise remain unseen. Produced and directed by Pearl Forss of Channel News Asia, Undercover Asia sheds a bright light on both victims and perpetrators of crime, exploitation, and atrocity. 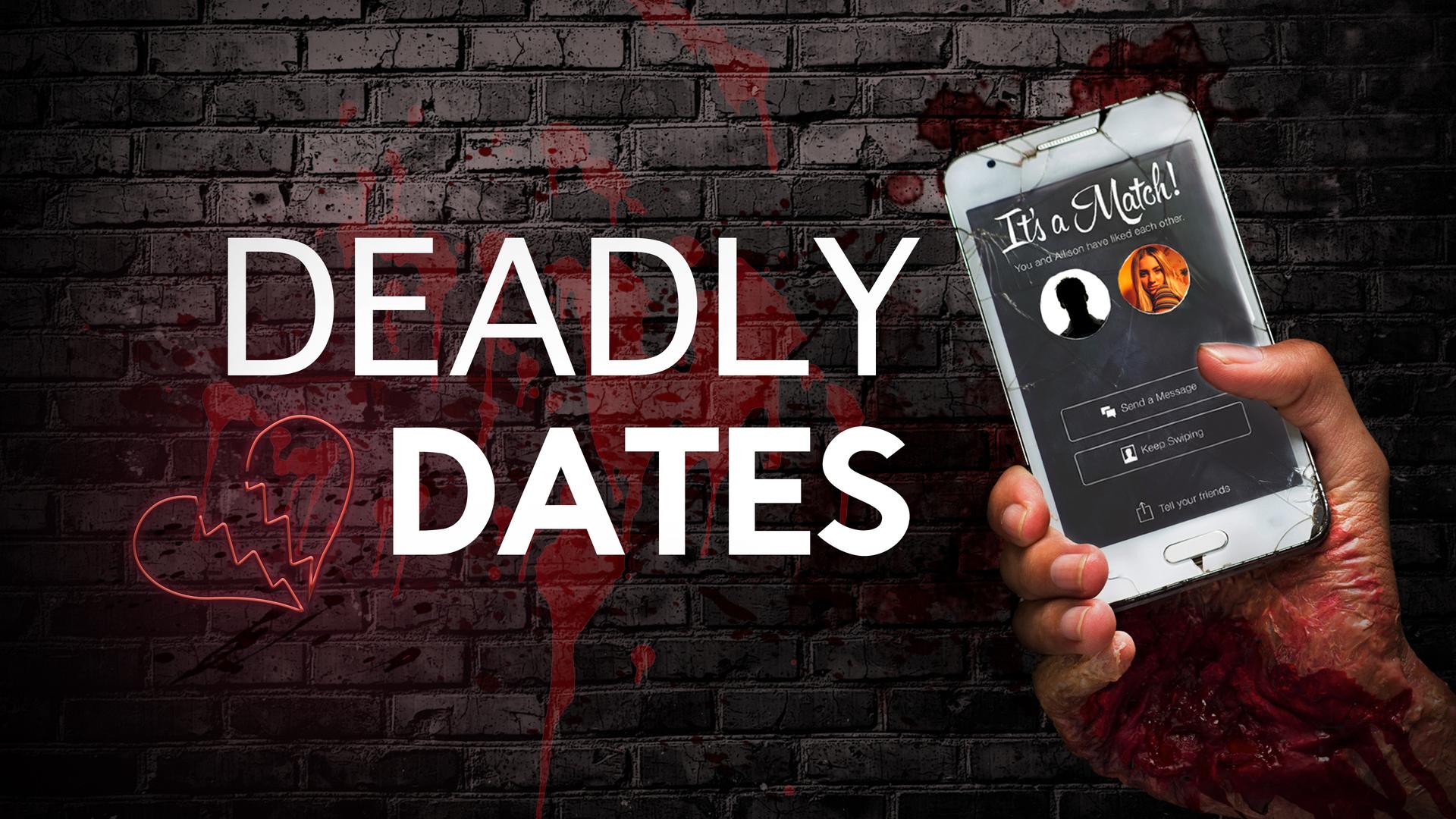 The online dating world can be exciting … and terrifying. With millions around the globe searching for love virtually, you never know for sure whom you might encounter in the unpredictable world of the Internet.

Deadly Dates explores the diverse stories of women who thought they were finding real connections, only to be caught in something far more sinister.

This series ranks modern history’s most important and influential weapons, inventions, leaders, forces, and battles in 10 broad categories. Each episode focuses on one area of warfare. For example, “Vessels” ranks the most capable ships of their eras. “Commanders” lists the top leaders who guided their countries in times of war. And “Inventions” gathers revolutionary technological developments into a single fascinating episode.

A must-see for military history buffs, Top Ten Warfare is guaranteed to inform, surprise, and even provoke (peaceful) disagreements. After all, that’s what makes rankings like these so much fun to watch!

Runner Up: Inside Hitler’s Killing Machine It wasn’t until the end of the Second World War and the surrender of the Third Reich that the world was forced to face the full horror of Adolph Hitler’s genocidal system. Nazi death camps like Auschwitz-Birkenau were meticulously designed to murder men, women, and children on a scale previously unimaginable in human history.

But Hitler and his inner circle of Nazi henchmen were not alone in carrying out the Holocaust. They were aided and abetted by architects, scientists, and bankers who enthusiastically contributed to the slaughter. Inside Hitler’s Killing Machine recounts the distressing story of their roles in the elimination of millions of Jewish and other non-Aryan victims.

Born in the aftermath of the Civil War, the Ku Klux Klan has been among the most infamous – and sometimes popular – white supremacist organizations in American history. Despite many attempts to stamp out the hateful group, the KKK has risen from the ashes of its burning crosses multiple times to intimidate and murder, bomb and burn.

Ku Klux Klan: An American Story digs into the roots of the terrorist organization and recounts how it extended its tentacles from the Deep South into other regions of the U.S. Join the filmmakers in an unflinching look beneath the hoods and robes that cloak the worst enemies of the American Dream.

Runner Up: I, Caesar: The Rise and Fall of the Roman Empire 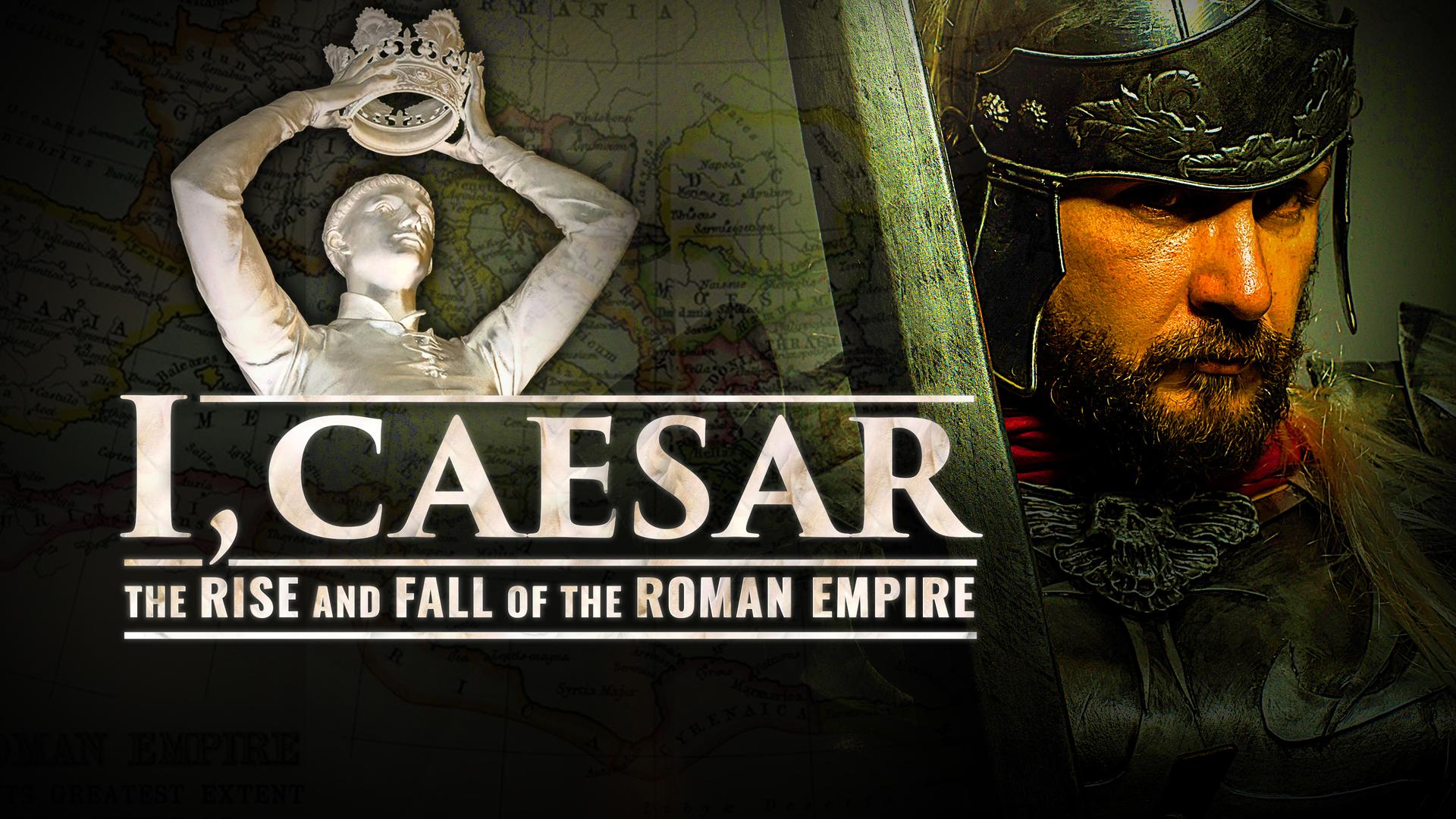 Rome wasn’t built in a day, so they say. This fascinating documentary unravels the complicated politics and ruthless determination that went into creating one of history’s great empires. Who were the Romans? How did their leaders come to power – and lose it? Are there lessons we should draw from Rome’s rise – and its fall?

Take a trip back into ancient history with the filmmakers to see up close the evolution of the immensely powerful and influential Roman Empire. It will give you a chance to say you came, you saw, and you conquered.

Winner: Jim Al-Khalili’s Guide to the Universe and Life

How did the Universe begin? How did we humans come to be? And how will it all end? If you are dying to know the secrets of the cosmos, then you couldn’t find a better guide than Professor Jim Al-Khalili. You’re likely to find that he’s been wondering about the same questions you have.

So, if you think you can handle getting your mind blown, then prepare to spend some time glued to your favorite streaming device, learning about the origin – and the fate – of all things.

Runner Up: Secrets of the Universe 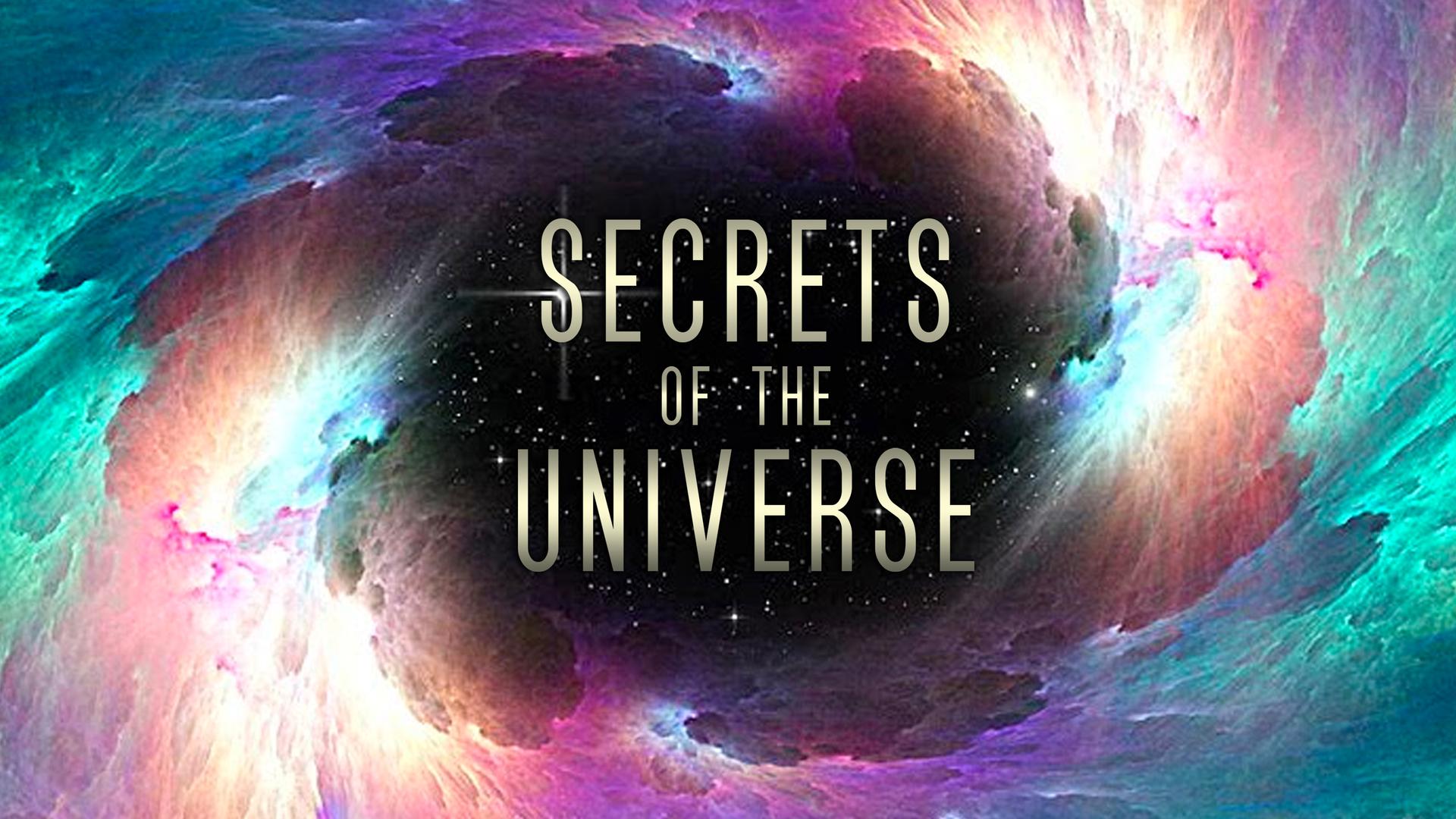 The majestic and endlessly intriguing Universe has been a source of wonder through the ages. To understand it, you must be open to sometimes mind-boggling concepts. Using supercomputer simulations,  Secrets of the Universe takes viewers to ultra-complex regions of space and makes accessible the science that reveals their inner workings. From undiscovered worlds to black holes, from the death of a star to the search for the edge of the Universe, and much more, this miniseries covers it all.

Wild Ones takes the cake for the best nature documentary. In 13 captivating episodes, you will meet the masters of land, sea, and sky, survey their incredibly diverse habitats, and observe the behaviors of many of the most fascinating animal species that make their homes on our planet. How and what do they eat? How do they choose their mates, and how long do they stay together? Where do they hide, and when do they fight? With episodes highlighting the cutest and smartest animals, the fastest and strongest, you can decide for yourself who truly rules the animal kingdom.

Runner Up: Race of Life 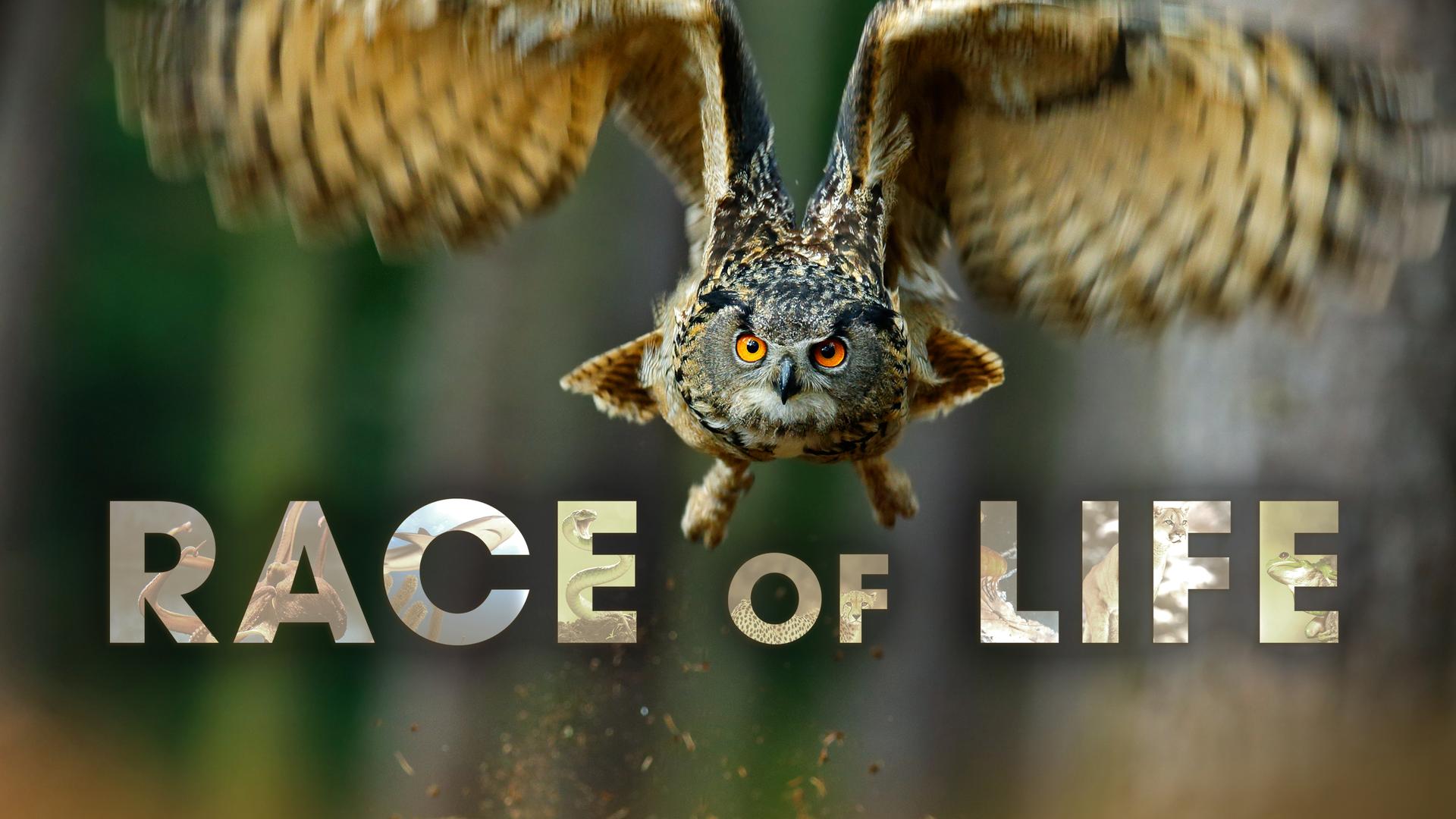 It’s a battle for survival and a rush to stay one step ahead – a step that can be the difference between life and death. And as the Sun rises, the race begins all over again for the mightiest predators and for the tiny creatures that teem underfoot. Each of them has the instinct for survival. Every creature must run faster and find a way to stay ahead of the game. If not, the consequences can be fatal. After all, in the race of life, there are no prizes for coming in second.

Race for Life is not just another wildlife documentary, but rather a unique series that captures the mystery, adventure, and drama of life in the wild like no nature series before.