The Development, and Grim Allure, of Crime Scene Photography

Jack the Ripper’s victims were the first to be photographed by police. Investigators soon adopted forensic methods to record criminals and crime scenes, images which quickly found their way into newspapers. Reformers used the same equipment to call attention to the plight of slum life. Today these grim documents of violence and poverty have been rediscovered as works of tragic art.

By the time rent collector Thomas Bower alerted the Metropolitan London police to his gory discovery, he was certain he’d seen the grisly work of Jack the Ripper.

Two inspectors followed him to Mary Kelly’s ground floor apartment in Miller’s Court, a dreary square in a dark maze of streets in London’s East End. There the policeman looked in the same window through which Bauer made his discovery. They were horrified by what they saw.

There was a delay in entering the room, as officers waited for the arrival of bloodhounds trained to track criminals. Finally, the door was forced by officers of the City police, a rival London law enforcement bureau claiming jurisdiction of the crime scene. With them was a photographer, which is how the fifth, perhaps final, Ripper victim became the first subject of a crime scene photograph.

Check out the MagellanTV documentary Jack the Ripper: Tabloid Killer.

The Camera As an Investigative Tool

It was 1888, not quite 30 years after the invention of photography. Though photographic techniques evolved rapidly after the initial chemical discoveries, until the early 1880s capturing an image required an elaborate darkroom process. Liquid emulsion had to be poured evenly onto a glass plate which was then loaded into the camera. Shooting the picture, and developing the resulting negative, needed to be completed while that plate was still damp.

Early photographers worked on location in horse-drawn darkrooms. But the state of the art remained impractical for the police and newspapers until the commercial availability of dry plate photography.

By 1885, photographers could buy packages of sensitized glass plates to load into their cameras as needed, then develop the negatives at their leisure. Though this allowed greater mobility, technical limitations remained for a lot of police work. Indoor exposures of even well-lit rooms still needed to be measured in seconds.

One of the first uses of a camera in the Ripper investigation was to photograph the victims’ eyes, testing the folk belief that they would retain the image of the killer. Alas, this was not the case.

Dark interiors, like Mary Kelly’s room, and nighttime locations were impossible to record until the 1887 invention of flash photography. Magnesium powder could be poured into a handheld pan and ignited with a small electric charge coordinated with a camera shutter. This gave a brief brighter-than-day illumination that allowed satisfying exposures.

Though the horrifying image of Mary Kelly’s mangled corpse was a product of the most up-to-date photo technology available, only that single picture was made before the remains were removed for autopsy. The rest of the room went unrecorded, and it would be over a decade before forensic investigative methods were widely used to document crime scenes. 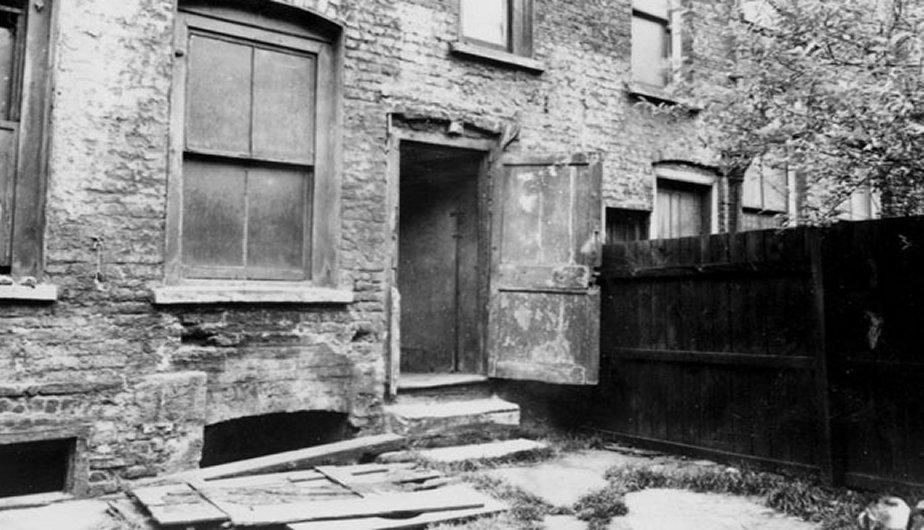 The site where the body of Ripper victim Annie Chapman was found. (Credit: Wikicommons)

But the new methods of mobile flash-lit photography were quickly adopted by police, newspapers, and shortly after, social reformers, to record dark, violent, and stigmatized corners of urban society. Seen as an objective, scientific process, photography brought a new level of “truth” into true crime investigations.

A Fad for “Detective” Cameras

It is probably not coincidental that the first Sherlock Holmes mystery story appeared in London’s Strand magazine in 1889. Arthur Conan Doyle’s great fictional detective had a camera-like ability to take in the smallest details of a crime scene – with the occasional aid of a magnifying lens – and interpreting them to discover the truth.

In fact, for a period before the turn of the 20th century, the word “detective” was a marketing term attached to the growing array of small cameras (some designed to be hidden in clothing) available to the public. Photography promised to expose aspects of the world, and human behavior, unrealized to that point. 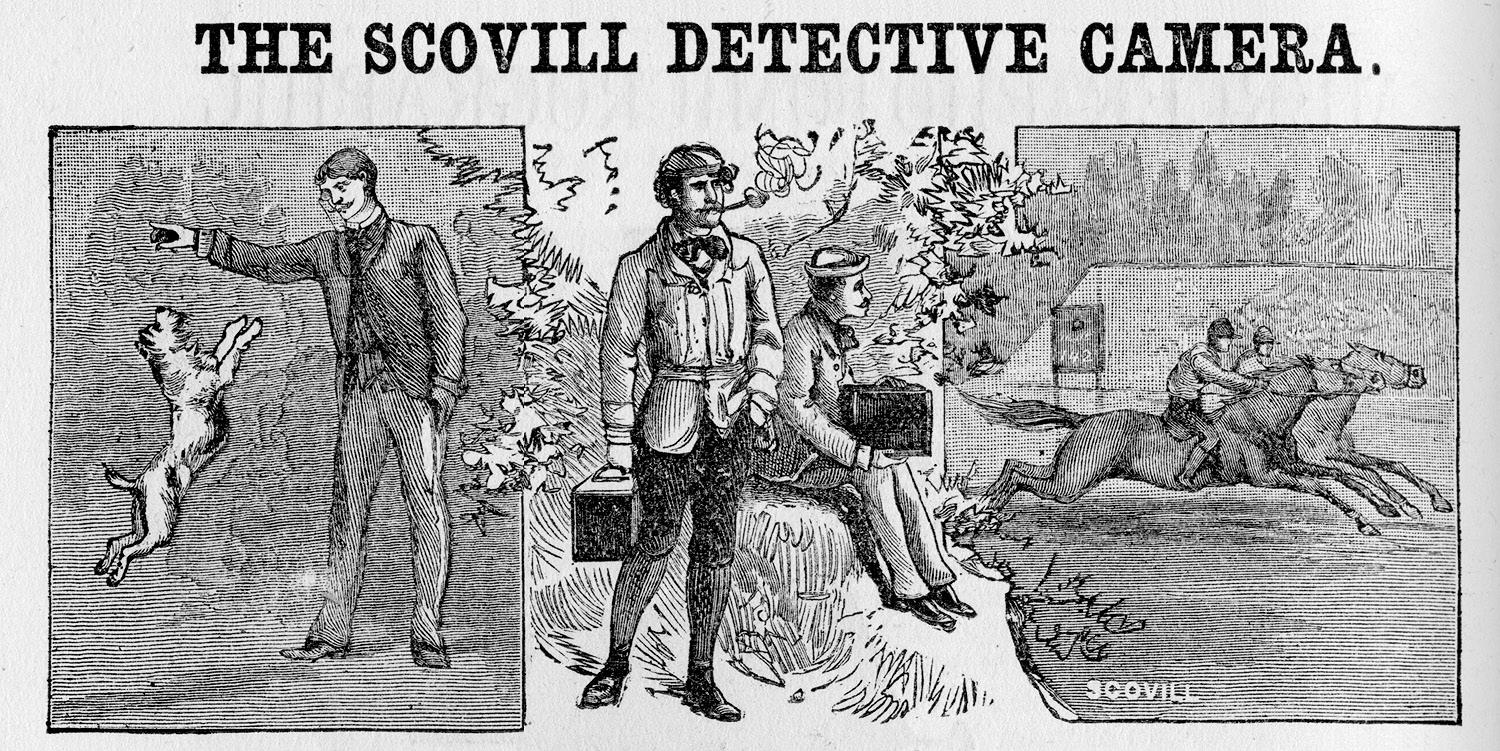 By the 1890s, this revealing nature of the new medium was rapidly accepted by the related professions of law enforcement and newsgathering. A demonstration of the French Bertillon System, which introduced the combined face-and-profile mugshot, at Chicago’s 1893 Columbian Exposition brought it into widespread use.

Photographs helped identify murder victims and kept track of repeat offenders. When they were matched with fingerprint records in the early 20th century, it became possible to identify killers and thieves who in earlier times might have left town or disappeared into dense neighborhoods of the anonymous urban poor.

The Camera’s Eye on the Roots of Crime

Of course, these early portraits of criminals and crime scenes were quickly adapted in newspapers. Before the 20th century, the photos had to be rendered into exact engravings for publication. Such reproductions were graphic enough to provide a new window into an underclass and the squalid living conditions previously invisible before then to middle-class readers.

In London, a reform movement began in the immediate wake of the Ripper’s Whitechapel killings. In New York City, the reporter and social reformer Jacob Riis began in 1889 to use a dry plate camera equipped with a flash to expose the plight of homeless boys employed as boot blacks or newspaper carriers, as well as the dank slum settings of street gangs. Riis’s 1890 book, How the Other Half Lives, illustrated with engravings drawn from his photographs, was at once a cornerstone of the social reform movement, revealing what was thought to be the roots of criminal life, and a landmark work of photography. 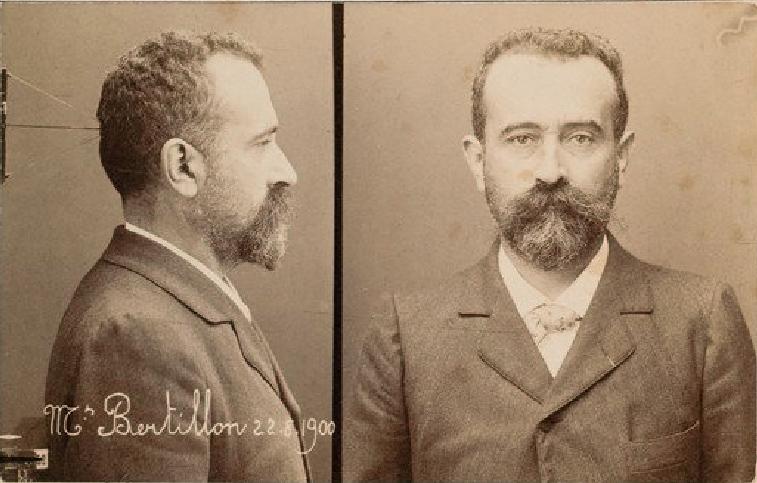 Self portrait of Alphonse Bertillon, inventor of the mugshot. (Credit:Wikimedia)

By 1903, mugshot inventor Alphonse Bertillon had produced a means of placing a big camera with a wide-angle lens directly above a murder victim. He then superimposed the resulting image onto a grid pattern that allowed a later reproduction of the crime scene.

Around the same time his Swiss colleague Rudolph Reiss codified a nearly cinematic method of recording evidence. Beginning with a long shot of the building or locale under investigation, he then moved in to photograph objects and other physical details, like foot- and fingerprints, thereby establishing the forensic photographic methods in use ever since.

Now more mobile than ever, photographers could range anywhere, at all hours, fully equipped to deliver well-exposed, spot news crime pictures – of shooting victims, suspects, and witnesses – for newspapers that could now print photographs. This remade the newspaper business, with the most sensational pictures running big on the front pages of tabloids like New York’s Daily News and Daily Mirror.

The most famous of this new breed of photographers was Arthur “Weegee” Fellig. Born in 1899, he worked as a darkroom technician for New York newspapers before becoming a freelance photographer in 1935. With a police radio in his car, he cruised the city at night, capturing the immediate aftermath of killings, fights, and police raids. 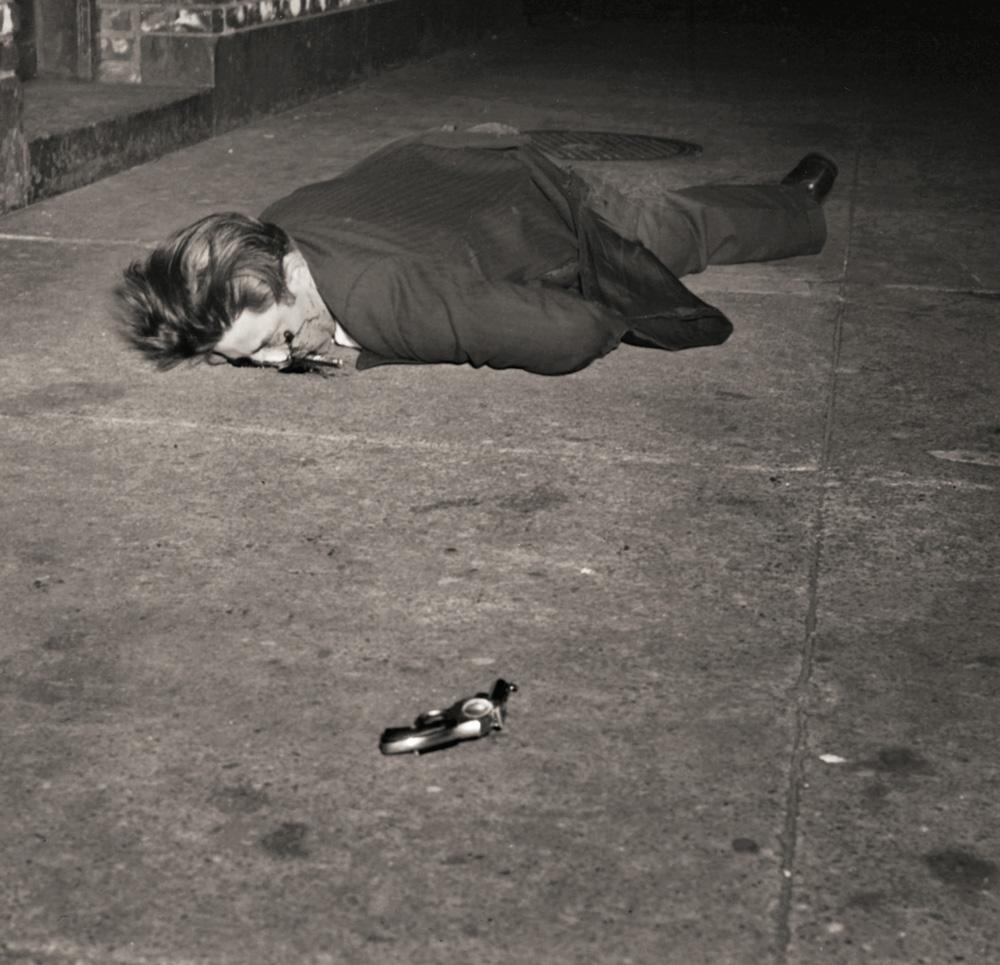 Weegee published the best of these dramatic pictures in his 1945 book, Naked City. It not only lent its name to a 1948 Hollywood film noir and a gritty 1950s TV police drama, but was a sensational reply to Riis’s How the Other Half Lives from a half-century before.

Photography’s artistic parameters had expanded enormously in that 50 years. Riis considered himself a social campaigner, not a photographer, and wanted his pictures to improve the plight of destitute populations. The campaign to do so was successful enough so that five decades later Weegee could treat crime and criminals as spectacle. Victims and perps became performers in an ongoing urban drama that most viewers found irresistible to see.

What Turns the Science of Photography Into Art?

Though first considered a scientific mirror of the world, photography is first and foremost a medium that draws on the sympathies and reactions of its audience, no less so than music or painting.

The framing and ordering of an image passing through a lens, the lighting and tones captured by film, automatically remove the subject of any photo from its everyday setting. And if that subject is already the result of behavior outside common experience, such as a murder, the image becomes an object of increased interest, even fascination, on its own terms; a peculiar work of art.

And when that image is further removed in time from the circumstances of its creation, the innate mystery behind it deepens to the level of a dream, or nightmare. No longer evidence of a crime, it becomes a portrait of pathetic human tragedy.

This has become abundantly clear in our digital age as historic police archives are scanned and made available for online viewing, along with the purchase of prints – a black-and-white cavalcade of antique mayhem and long dead miscreants.

Jack the Ripper’s murders have stayed in the popular mind not only for the grotesque violence of the crimes but for being the first whose victims and locales were recorded by a camera. And if photography could not deliver the killer in that case, it went on to provide graphic evidence of social pathologies that cried out for broad collective remedy, along with compelling images that can now entertain more than they inform.

From Jack the Ripper to the Zodiac Killer, from Black Dahlia to JonBenét Ramsey, Americans are fascinated by unsolved murders that are the subjects of dozens of films and…

Serial killers have always been a subject of both curiosity and fear. Though motives of serial killers are as various as their grisly crimes, we can begin to understand the inner…