Scientist and television documentary host Jim al-Khalili has fashioned a career explaining the most arcane and complex science topics to non-specialists (like us!). In three documentaries chosen for your special review and attention, al-Khalili entertains us, while simultaneously informing us. High-level summaries – order vs disorder, nothingness vs everything else, and theories surrounding gravity – just begin to set the table for the joy and clarity expressed in al-Khalili’s presentations.

If you have questions about the mysteries of the Universe, Jim al-Khalili might be the guy to ask. A U.K.-based theoretical physicist and talented interpreter of technical science for non-specialists, he has a knack for taking complex ideas and providing clear explanations – sort of a British version of America’s Neil DeGrasse Tyson or Bill Nye, the Science Guy. He has hosted tons of TV science shows, including several you can watch on MagellanTV.

Jim turns us on to stories of science that have laid the foundation of what we know about our place in the Universe. Whom will we encounter on these journeys? How about Blaise Pascal, Alan Turing, Ludwig Boltzmann, and the universally renowned Albert Einstein, to name a few. What a collection of great minds!

Blaise Pascal, the Weight of Air, and the Content of Nothingness

Have you ever found yourself wondering about life at the smallest levels? That’s the focus of the two-episode series Everything and Nothing, which views the Universe from the largest macro level down to the smallest: the level where we may think nothing exists.

To descend close to the level of “nothingness,” let’s imagine a space that has been emptied of all air to become a vacuum. What’s left? Theoretically, the space should be pitch-black and nonreflective, but something must be there – otherwise we wouldn’t see light reflected in a vacuum tube. So, what’s up? The fact is, as Jim al-Khalili explains, even at that level of “nothingness,” vacuum space contains electrons and other molecular substances, which reflect the light we see.

In Everything and Nothing, we are introduced to philosopher and scientist Blaise Pascal, whose study of vacuums revealed that air has pressure and can be “weighed.” Peering deeper into the void, we visit the strange environs of subatomic particles, where we find not only matter but also a virtually equal amount of “anti-matter.” And we learn that even in the most desolate spans of space, anti-matter is just as important to our Universe as matter is.

Want to learn about Alan Turing? He was the British mathematician and all-around genius who first conceived of “computing machines” in a paper published in 1936 and is now recognized as the “godfather of all modern computers.” His story is contained within Order and Disorder on MagellanTV.

Turing had a life that was equally glorious and miserable, as seen in the 2014 film The Imitation Game. During World War II, he led the British effort to penetrate the Germans’ Enigma code by devising a sophisticated procedure to decrypt the military messaging system. In cracking the Enigma code, Alan Turing gave the Allied forces perhaps their most potent weapon in defeating the Nazis.

Tragically, after the war, he was hounded out of service for being homosexual, and he eventually committed suicide by taking cyanide. It took until 2009, 55 years following his lamentable death, for Britain’s prime minister to apologize publicly for how Turing had been treated. Four years later, in 2013, he was formally pardoned by Queen Elizabeth.

Order and Disorder also tells the tale of another mathematician, Ludwig Boltzmann, whose life ended badly, even as his theories of atomic movement later became recognized as groundbreaking concepts that pushed science forward a few notches.

Sadly, Boltzmann’s theories were challenged and ridiculed by more orthodox thinkers of the time, many of whom were not even convinced that atoms existed! Facing such rejection by his peers, and saddled with crippling depression, he hanged himself in 1906.

How Viewing the Sky Is Like Seeing Through a Time Machine

Thankfully, al-Khalili’s stories aren’t all so distressing. In the third documentary in this trilogy, The Amazing World of Gravity, we meet up with the illustrious Albert Einstein, who, among his many other interests and achievements, used his theories to pursue the goal of measuring gravity in space. His findings led to our current understanding that gravity has the capacity to curve space and actually slow down time.

As light passes around a large object in space on its way to Earth, the gravity of that object bends light, thereby slowing it down as it approaches us. So, not only are we looking into the past when we view the night sky to see stars that are billions of light-years away, but their light has been delayed even more by gravity as it passes around other stars and large-mass objects on its way here. The sky is our very own time machine!

These are just a few of the roughly 30 documentaries in which Jim al-Khalili has served as host. As you ponder the big questions about the totality of “everything” and the surprising fullness of “nothing”; the role of “order” and the necessity of “disorder”; and the weightiness of gravity, you can be assured that a reliable guide is ready with an expert (and entertaining) explanation. 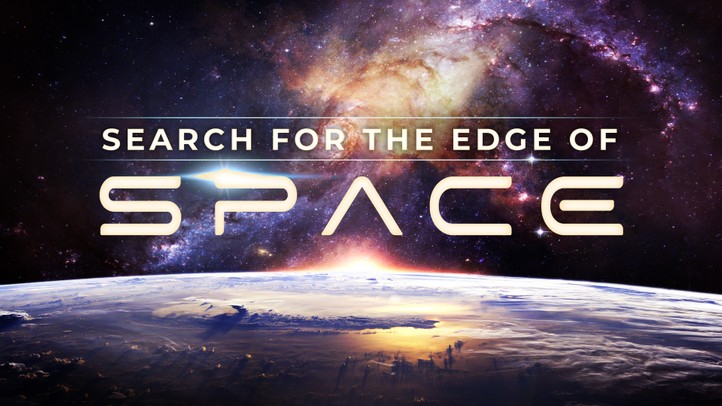 42MIN
Search for the Edge of Space 4K 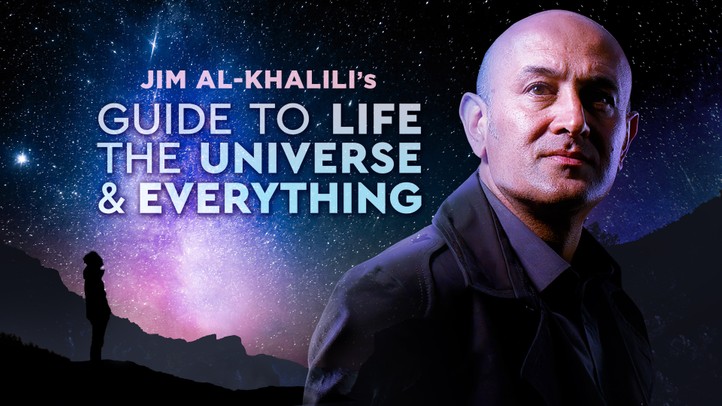 2 EPISODES
Jim Al-Khalili's Guide to Life, the Universe and Everything 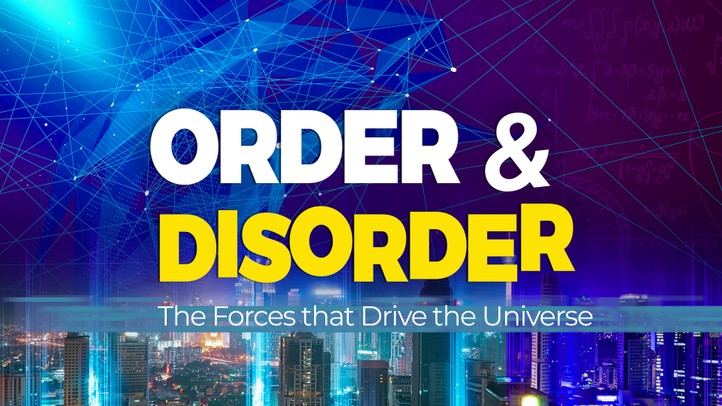 2 EPISODES
Order and Disorder: The forces that drive the Universe 4K 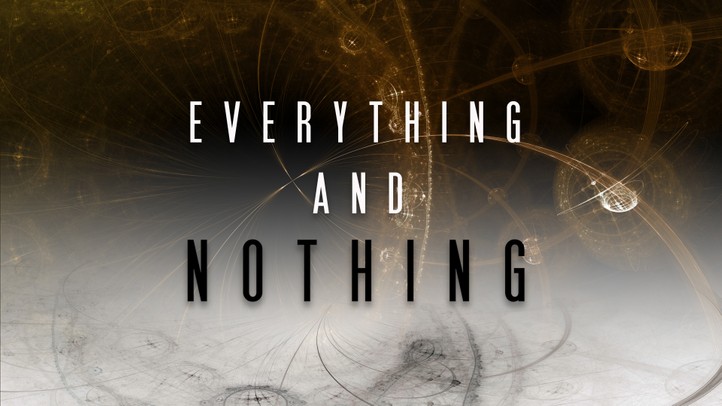 2 EPISODES
Everything and Nothing: The Science of Empty Space 4k 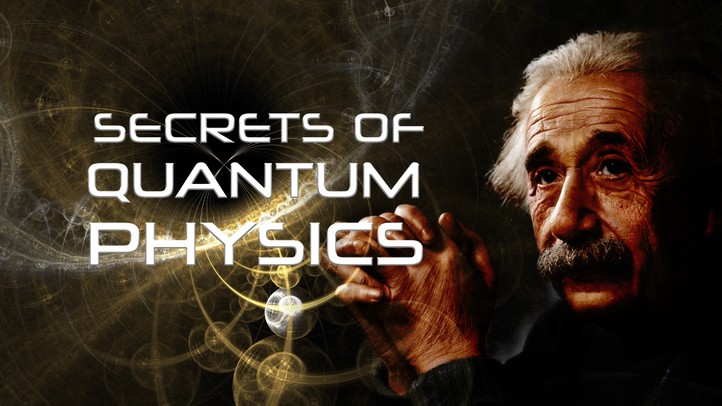 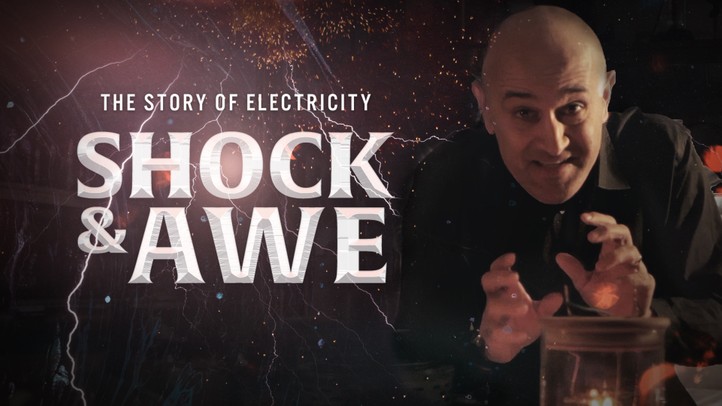 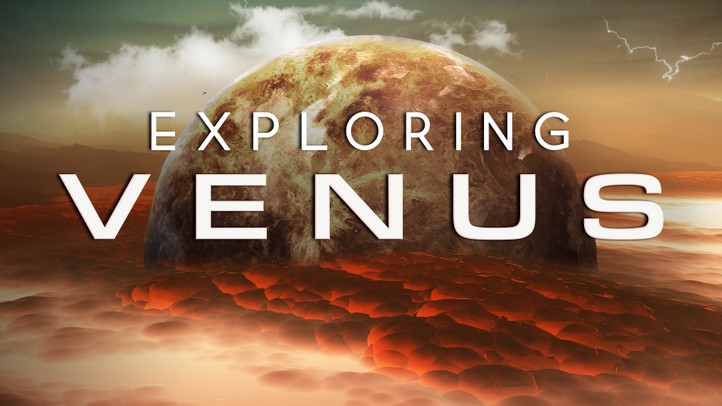 49MIN
Einstein and the Theory of Relativity 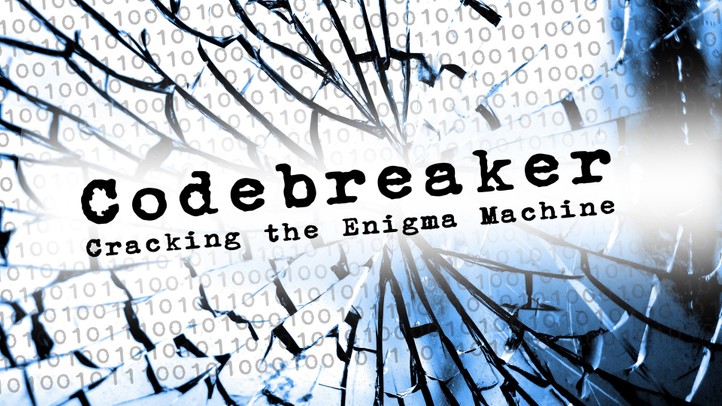 Though ancient Greek philosophers like Aristotle and Epicurus are far removed from the present day, let’s not...

Theoretical physicist Jim Al-Khalili, host of dozens of fascinating and informative documentaries, sits down for an interview with MagellanTV to discuss his new series on MagellanTV, 'Jim Al-Khalili’s Guide to Life, the Universe and Everything.'

Galileo was a philosopher, experimental physicist, and...

Dr. Hannah Fry is a renowned mathematician whose research offers a window into everything from personal success to love...

Viewing art can be a solitary, sometimes confounding experience. Waldemar Januszczak is seeking to change that by hosting TV documentaries on art that feature his accessible yet iconoclastic style, making art lively, never stodgy, for his audience.