Educating girls and young women in developing nations can lead to lower birth rates – and therefore to a solution to the problem of global overpopulation. When women are educated, they learn skills and self-reliance that lead to starting families later and to having fewer children. But can empowering women through education become a path to easing overpopulation? There are many roadblocks – social, cultural, religious – along the way.

Overpopulation is a serious concern that does not yet have a practicable, humane solution. We know that overpopulation contributes to global warming and exacerbates food distribution and supply issues. Rapid population growth can also go hand in hand with impoverishment in less developed societies around the globe. And it increases the problems associated with sprawl and overcrowding in cities and metropolitan centers, where most of the impact of our rapidly growing population is being felt.

Moreover, every person on Earth has a “carbon footprint” corresponding to their use of the world’s resources and the release of carbon dioxide into the atmosphere. Curtailing the rate of growth in “footprints” on the planet over time is the most effective way to ease global warming.

Theoretically (and logically), the solution to overpopulation would be to reduce the world’s birth rate. Currently, the planet’s population is growing beyond the “replacement level” at which each pair of parents “replace” themselves with a maximum of one child per parent. Much of the excessive growth is in developing countries, as the developed world’s birth rate is hitting just about at or below the replacement goal.

The one glaring exception to this trend is the United States, where birth rates are higher than the rest of our cohort. Some experts estimate that the U.S. population could almost double by the end of the century! The apparent indifference to rapid population growth in the U.S. spells trouble for family planning and population control advocates, because the U.S. is very powerful and influential, and we tend to export not only goods but also societal values to the rest of the world.

If we really want to “bend the trend” and start to counter the rapid rise in the world’s population, we should start by looking at our government’s advocacy issues. Here in the U.S., it’s easy to believe we’re on the “virtuous” side of the quest for a more livable planet. But our policies don’t always fit that profile.

For example, since 1973 (the year the Supreme Court’s Roe v. Wade decision lifted many abortion restrictions throughout the U.S.), our official policy has been to discourage women in countries to which we supply aid from seeking family planning assistance that includes abortion counseling. This long-standing (and, many would say, counterproductive) policy to limit the use of U.S. foreign assistance for abortion is called the Helms Amendment, after its primary sponsor, the late U.S. Senator Jesse Helms.

The Helms Amendment has been supported and expanded by the existence of another U.S. international aid policy:  the “global gag rule,” most recently signed and implemented in 2017 by President Donald Trump. This rule prohibits any funding not just in direct aid but also to any agency or nongovernmental organization (NGO) that provides abortion counseling or in any way provides information about abortion as one means of family planning. 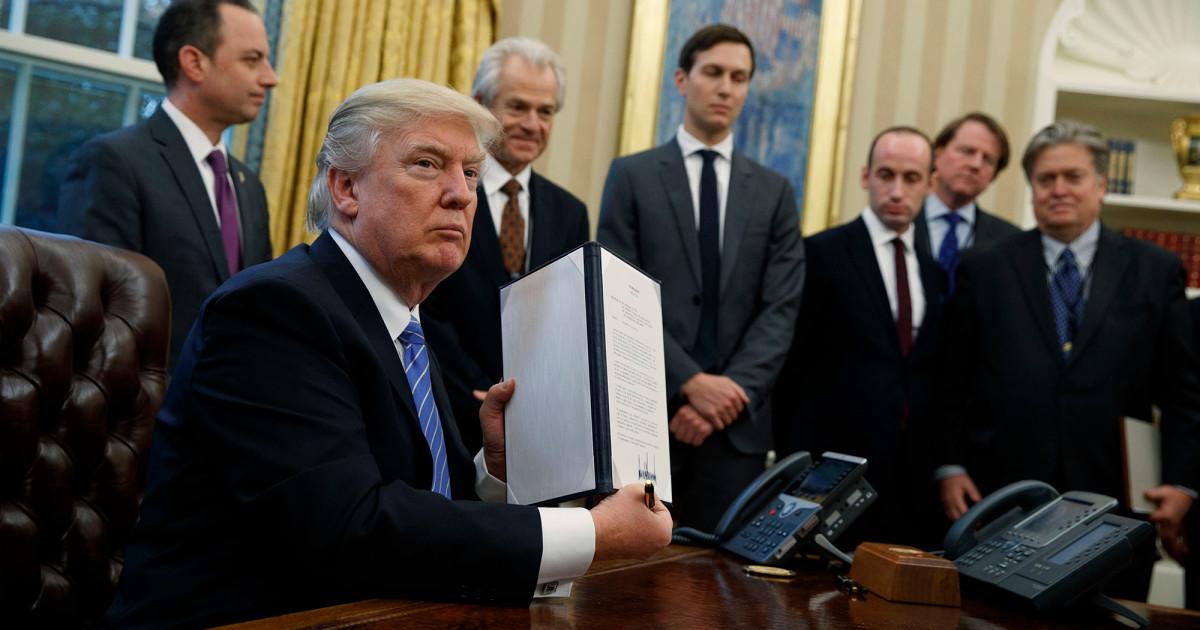 Closing that circle of regressive U.S. government policy is the Hyde Amendment, which prohibits the use of federal funding for any service provider in the U.S. that includes abortion as an option. The Hyde Amendment has been in effect since 1977 and was most recently updated in 2017, when it became “permanent” (meaning it no longer must be renewed annually).

By its actions it’s apparent the U.S. government is not on board with any effort to ease the impact of overpopulation that involves abortion as an option. So, we need to come up with ways to reduce reproductive rates, particularly in developing countries, that don’t unnecessarily undermine much-needed U.S. assistance. This means that indirect strategies are more likely to be successful and sustainable. If the goal is to slow the rise in birth rates, then women must be encouraged and empowered to take control of their reproductive lives – and the best indirect means to achieve that goal is support for their formal education.

In my colleague Arthur M. Marx’s essay on overpopulation and global climate change, he laments that reducing the rate of population growth is not among the 17 goals listed in the Sustainable Development Goals Report 2017 of the United Nations’ Department of Economic and Social Affairs. I would counter by highlighting two of the goals (nos. 4 and 5) – ensuring education and achieving gender equality to empower women and girls – both of which would affect birth rate indirectly by, together, providing young women with the knowledge, skills, and sense of self-determination to make considered choices about family planning.

I’m no mind-reader, but given the efforts of the U.S. to impede international family planning initiatives, these two goals may be as close as the U.N. can come to calling directly for reducing the world’s current – and unsustainable – birth rate. Scientifically at least (if not politically), the theories seem strong and consistent. For instance, Sweden’s University of Lund postulates that parents deciding to have one fewer child would pay off in reducing carbon footprints (and thus global warming) across the globe. It’s not a big leap to suggest that better educated parents are more likely to make such a positive choice. 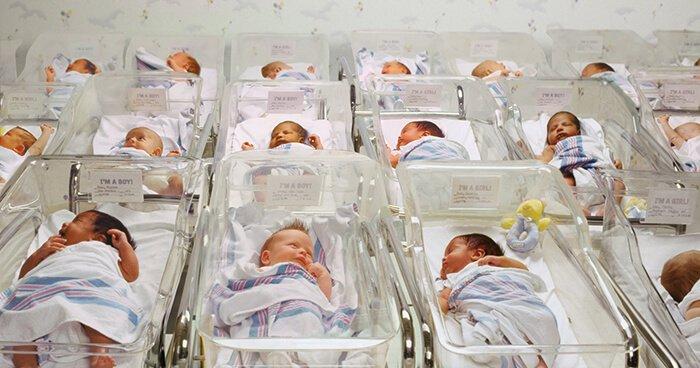 This theory seems to bear out in practice as well. Harvard’s Global Health Review states that overpopulation can be combated by promoting secondary education for females. The article reports that:

Some analysts conclude that more schooling gives a young woman a sense of personal responsibility – and thus empowerment to shape her own future. A World Bank analysis of 65 countries showed that doubling the proportion of women with a secondary education reduced average fertility rates from 5.3 to 3.9 children per woman – a significant step toward the “replacement rate” of approximately 2 births average per women.

“The expansion of female secondary education may be the single best lever for achieving substantial reductions in fertility.” – Gene Sperling

The benefits of education and reduced fertility fan out in many directions, improving lives in significant ways: economically, socially, and intellectually. They also lead to women taking a more active interest in the world around them, and foster leadership by women in their social milieus. Moreover, educated women with fewer children tend to be wealthier than their counterparts with less education and more children. They are also less likely to be susceptible to fundamentalist extremism.

With all this evidence you might be lulled into believing that governments and societies worldwide are united in their support for increasing educational opportunities for all, and especially for women.

But you would be wrong.

Many if not most developing nations encounter obstacles to basic and secondary education – and sometimes they even impose obstacles. Such countries often have precarious economies, and their governments have great difficulty providing adequate financial support for education and convenient access to schools (especially in rural areas). When these problems combine with regressive attitudes toward the role of women, the impediments to progress through education are multiplied.

UNICEF estimates that if all girls had secondary education in the sub-Saharan Africa and South and West Asia regions, child marriage would fall by 64 percent, from almost 2.9 million to just over 1 million.

Young women and girls are disproportionately affected by these shortcomings in access to formal learning. Let’s look at several of the most widespread obstacles to women receiving sufficient education to take responsibility for their future, including their reproductive future. 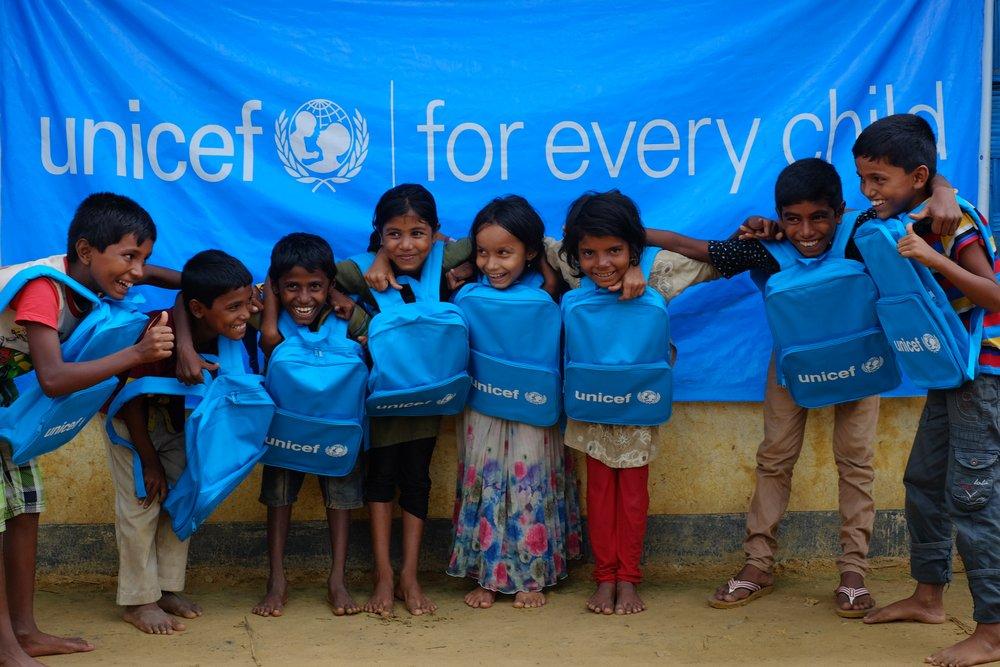 Numerous additional obstacles also exist, including access to schools in rural areas, insufficient numbers of qualified teachers, inadequate facilities and materials, and more. But we can summarize the threats to girls’ education in the three buckets above: hostility to women and girls’ education; conflict that disrupts societies, including educational systems; and poverty, which keeps girls from attending school.

We can’t be serious about the threat of overpopulation to the planet’s resources without confronting birth rates and the need to achieve a sustainable world population. As you can read in my colleague Justine Damiano’s essay on overpopulation myths, there is still time to address these challenges. She makes clear that we have the capacity to feed everyone now alive, but we don’t have the infrastructure to ensure delivery to all those in need. And war and conflict all too often stand in the way of sharing resources among nations.

These problems may seem intractable. Who knows, perhaps they are. But we should not be mired in Malthusian pessimism, and we must proceed with the conviction that humans have the capacity to solve the population problem. After all, we are the population.

Acknowledging the universal right of all children to education is a good place to start. The demonstrated benefits are overwhelmingly positive and undeniable. Plus, there’s a terrific side effect: lowering the world’s birth rate, and thus preserving our planet for future generations.

The green cities movement can benefit cities’ economies, citizens’ health, and the world’s climate. Here’s an overview of the movement – its benefits, its complexities, the most…

With 2.8 billion users, Facebook is a fact of life. Have you ever wondered exactly how it determines what information appears on your News Feed? The answer lies with algorithms ……

From science fiction to the reality of robotic wives and therapists, artificial intelligence and robots are evolving rapidly, developing the ability to communicate and maybe even…

Researchers into plant life are continually discovering amazing facts concerning plant adaptations and their ability to “sense” their surroundings. However, some botanists resist…