Every summer over the past three decades, Americans have had the opportunity to submerge themselves in a week chock-full of one of the most fearsome creatures on the face of the planet – sharks. The Discovery Channel’s enormously successful annual Shark Week returns for its 31st year on the air on July 28, 2019. Let’s look back at how this cultural touchstone began back in the late 1980s, and go beyond the frights into how Shark Week is now being used to spread positive information about shark safety and health.

They say success has a hundred fathers and defeat is an orphan, and that wisdom has certainly been borne out in the case of Discovery Channel’s Shark Week. 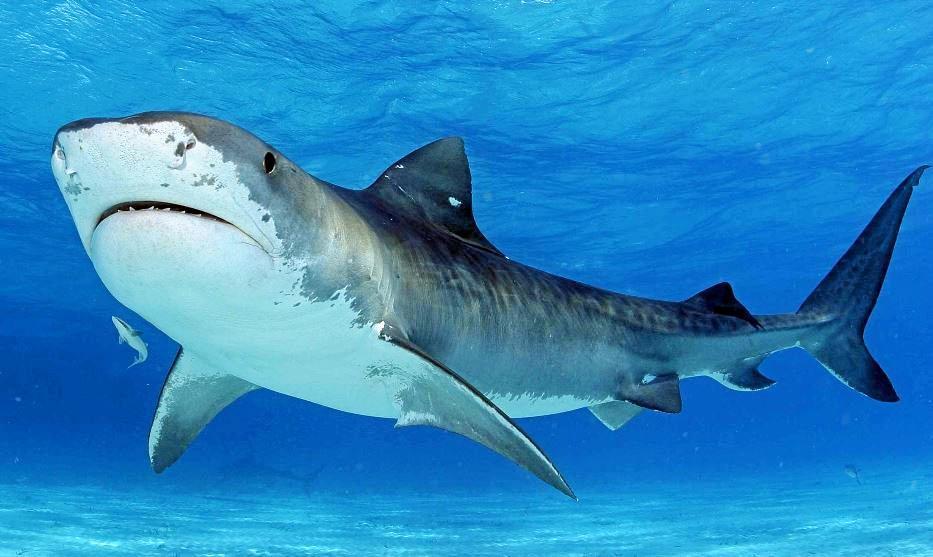 Arguably the most successful annual ongoing event in television history – and certainly in U.S. cable TV history – the idea for Shark Week originated in 1987, as one legend has it, on the back of a cocktail napkin, and made its fateful debut on the evening of Sunday, July 17, 1988.

That’s over 30 years of history for Shark Week, and this ratings juggernaut has stirred up the waters of summertime TV viewing since it aired its first key program, Caged in Fear. The cumulative viewership in the U.S. alone has risen from several hundred thousand to last year’s nearly 36 million since the event took a cue from the Beatles and expanded to Eight Days a (Shark) Week.

Lost to the Mists of Time (and Alcohol)

Origin stories for this heroic venture are many and (mostly) plausible, as 30+-year-old legends go. There may be nearly as many “fathers” to this success as there were people involved in the creation of Shark Week.

Using the gendered noun “fathers” here is not a generalization, unfortunately. All Shark Week origin stories seem to feature only guys. It’s not till present-day accounts that women have risen to positions of prominence.

Depending on which source you believe, there are up to five variations:

What is it about sharks that causes hordes of people to slump in front of their favorite TV-viewing devices for eight nights each summer? Are they naturally scary to us, with their gaping mouths housing rows of dagger-sharp teeth, or have we contracted a kind of cultural galeophobia (fear of sharks) in our collective zeitgeist? And why do audiences continue to grow for this annual event? 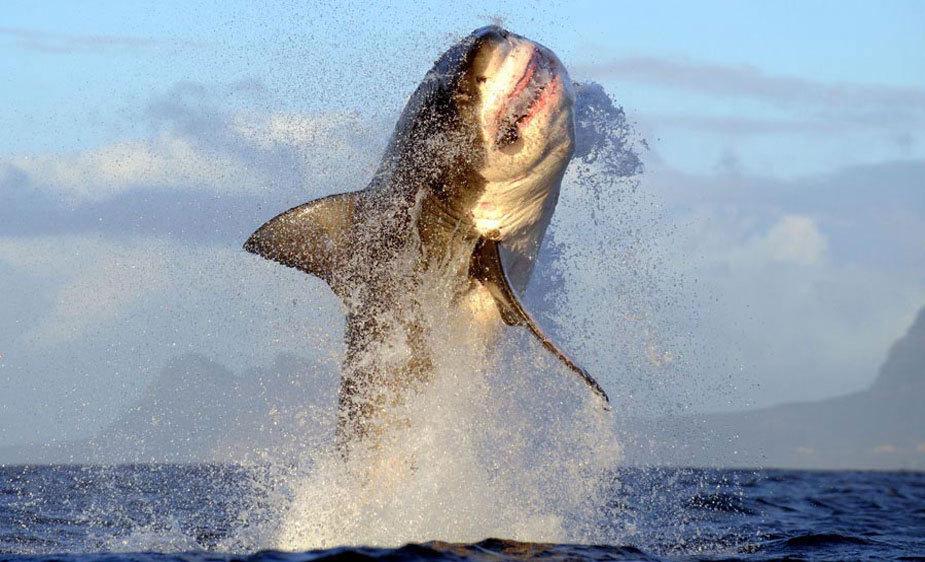 A great white shark breaching off the coast of South Africa

Maybe we can’t help ourselves (more on that below), but I think what most likely prompted our senses to rev with a surfeit of adrenaline and dread can be traced to the pen of Peter Benchley and the cinematic genius of a young Steven Spielberg. Benchley gave us the best-seller Jaws, in 1974, and, the next summer, Spielberg’s blockbuster movie version of the book scared the bejeezus out millions of people who had previously felt perfectly safe going for a swim at their favorite beach.

Benchley was influenced by several real-life incidents. One happened at the New Jersey shore in 1916. A 2015 National Geographic article says that after these attacks, “what were once thought to be frightening-looking yet essentially benign animals became man-eating predators.” And following WWII, stories of the sinking of the USS Indianapolis, and subsequent deadly attacks, became widespread.

Then came the sequels to Jaws, not to mention other shark-themed films and TV shows capitalizing on the trend. (Who can forget the immortal Mako: The Jaws of Death [1976] or the pathbreaking Monster Shark [1984]?) By the time Shark Week was hatched a dozen or so years later, I’d argue that we had been inundated with such fear and foreboding that a nagging phobia blossomed within us. A shocking disquiet arose from the cognitive dissonance between lovely, restful, carefree summer days at the beach, and the extreme, bloody violence of surprise shark attacks. Sharks had infiltrated our deepest fears and nightmares.

And, of course, we’re fascinated by what we fear (as Tom Siebert seems to have known, if you believe his Shark Week origin story). So, all Discovery Channel had to do was exploit this fear, which Shark Week does expertly – provoking great thrills, chills, and summer squeals of delight.

‘Chum Underwear’ and the ‘Meat Suit’

Fear, when it’s somewhat distant and, let’s say, mediated by a TV screen, can act on us the same way chum in the water attracts hungry sharks. We’re never so scared that we can’t handle a little more, and, after a break, we’re hungrier and demand more than we had last time.

Let’s posit that Discovery Channel execs have figured this out, and that’s why every year is a little more spectacular than the year before. There have been guest hosts, celebrity appearances, live broadcasts, ever-improving film and video technology, Michael Phelps in a swim meet against a (CGI) shark, and even a couple of mockumentaries testifying to the top-secret continued existence of the long-extinct shark ancestor, the megalodon.

You may not think that all of these are really “shark-y,” but they are undeniably popular, despite the criticism. Some people insist that Shark Week should be entertaining and at the same time educational, so mockups of sharks and megalodons don’t satisfy this rather lofty imperative. In response, Discovery Channel might point out that two Shark Week specials along these lines, aired in different years, were the two highest-rated Shark Week shows of all time! 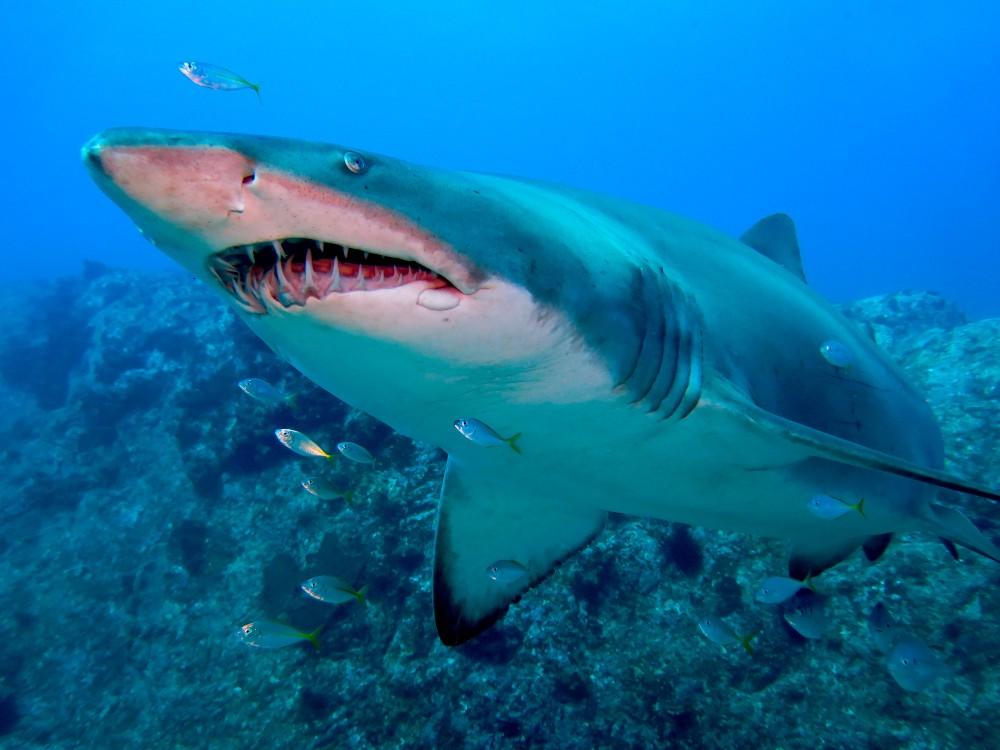 The nurse shark, also known as the "ragged-tooth shark"

Discovery could also reply – equally accurately but possibly more satisfyingly – that the network has teamed up with OCEANA, a nonprofit organization devoted to ocean health and ecology, to create public service announcements educating audiences on the horrors of “finning” – the outrageous practice of capturing sharks, knifing their fins off, then dumping them back in the ocean to drown. These PSAs inspired a Massachusetts boy to write to the governor of his home state about finning, which led the governor to promote and eventually sign a bill banning the appalling practice in waters under the jurisdiction of the state.

Naturally, such social responsibility won’t stop the project team in charge of Shark Week from considering still bigger and more extreme spectacles for their enthusiastic audiences. One Discovery exec claims that they’ve even considered sending people into ocean waters wearing either “chum underwear” or a “meat suit” to see how the local sea life would respond – but, of course, they wouldn’t actually carry out such a stunt. (Or would they?)

In the real world, sharks are prey for humans far more frequently than the reverse. While there were four human deaths attributable to sharks worldwide in 2018, more than 100 million sharks were killed during the same period. Sharks do not seek out contact with humans, and our flesh is not part of any shark’s preferred diet. But, after all, some tastes are acquired – so who’s to say sharks won’t learn to enjoy human flesh the way we’ve come to appreciate, say, certain very smelly cheeses? 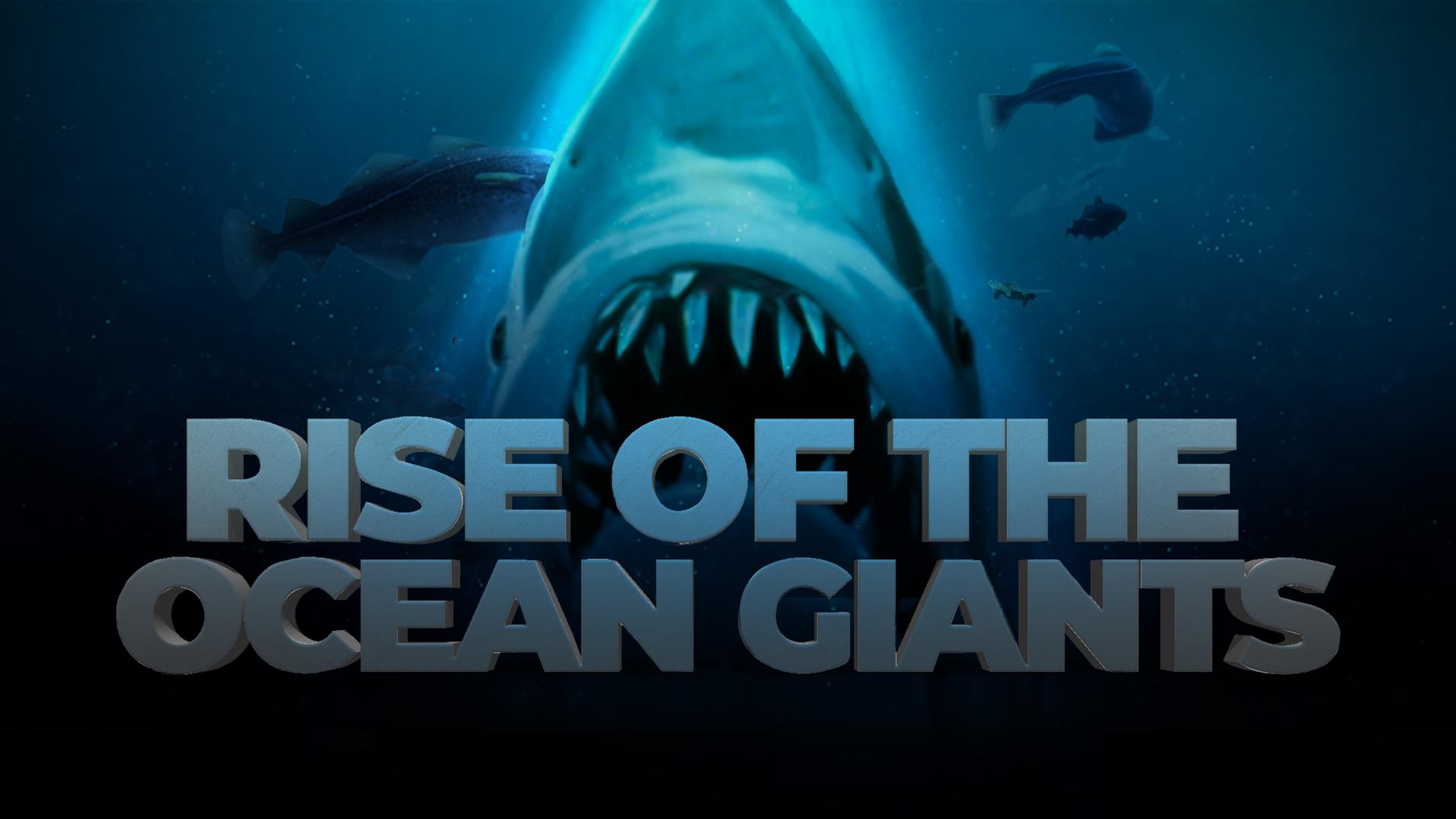 Click to stream our exclusive MagellanTV playlist, "Rise Of The Ocean Giants"!

We think sharks love to chomp on humans, so there must be some truth to it, right? Well, there’s research on this very topic that was covered in Fortune magazine not long ago. A scientific study was set up that pretested people on their reaction to sharks, then played for them one of two videos: one showing sharks thrashing and fighting for food, and the other showing them peacefully swimming in a tank. After viewing, each group was retested.

What do you think was learned? Surprisingly, both groups moved further toward fear in their post-video questionnaires! Think about that. The vast majority of people have never seen a shark in its native habitat, but we’ve all seen sharks on our TV and cinema screens. So, that is our experience of them, for the most part. We feel we know them – and have internalized our fear of them – based on how we see them on screen. It appears that, no matter what they’re doing, our deep, unconscious fear of sharks is triggered even when we see them at rest or play.

Years of Irrational Fears (and Fun!)

This year’s presentation of Shark Week is bound to surprise us with the spectacular adventures of sharks and the people who observe them, along with visits from celebrities and PSAs warning us of the dangers of finning.

In addition to this year’s Shark Week festivities, why not check out MagellanTV’s shark-centric documentaries? We offer tons of content for selachophobes and selachophiles year-round. A good place to start is MagellanTV’s curated Rise of the Ocean Giants playlist, which includes such titles as Sharkman and Diving with Sharks: The Ultimate Guide.

However you get your fix of sharky amusement, you’re bound to find engaging stories to follow, and thrills that will entertain you, and possibly make you shiver with both terror and delight. So, grab some popcorn, settle into your most comfortable chair – and don’t fear the beach!

Pack Hunters of the Far North: How Arctic Wolves Struggle to Survive and Thrive

Arctic wolves, close relatives of the majestic grey wolf, inhabit territory so far north no trees grow, yet via natural selection they are ideally suited for such isolated…

Will space-age technology help save the largest fish on Earth – the whale shark? Despite their size, whale sharks are threatened by overfishing and the appalling practice of…