True crime conundrums, historical secrets, and cosmic perplexities. We can’t get enough of a good mystery. Why? Unanswered questions capture our imagination and release our inner investigator. But could it be that mysteries also engage our fundamental desire to know answers to life’s most fundamental questions?

Who was Jack the Ripper? What the heck is dark matter? Why is there something rather than nothing? And why ask all these questions, anyway?

These are just a handful of enduring mysteries we love to think about. Some of us can’t get enough of a whodunnit story, some of us believe Sasquatch will one day be found, and some of us are this close to donning that tinfoil hat. The fact is, whether it’s true crime – like the Black Dahlia and Wonderland murders – or lost treasure, people who love a good mystery have something in common: We want to know.

Perhaps the most ardent pursuer of knowledge – at least knowledge about how to live – was the ancient Greek thinker, Socrates. His insatiable quest to understand the nature of ethical concepts such as justice, virtue, and friendship led to his trial, conviction, and execution. Most of us probably wouldn’t go that far to learn ultimate truths, but we can at least appreciate why he did.

Our fascination with true crime, for example, is about much more than a prurient interest in horrific events. Consider the JonBenét Ramsey murder. We recoil at the thought of a small child’s murder – in her own home, no less – because we believe children should be protected. We are revolted by the details of the incident, including the six-year old’s smashed skull and strangulation, because no decent person would commit such a crime.

The fact that the case remains unsolved, and clouds of suspicion still surround family members, intensifies our interest, because we believe justice should be served – which is to say, partly, that we want the truth laid bare, that we want to know. Attempting to solve a mystery is, ultimately, a quest for knowledge.

Watch Unsolved: The Story of the Cape Ripper now on MagellanTV.

Mysteries and puzzles have at least one characteristic in common, namely an incomplete picture of something. In this sense, asking what a painting means is like wanting to solve a puzzle; its meaning is mysterious, which is to say its meaning is unknown. To come to understand the meaning is to solve the puzzle and the mystery.

We might begin to articulate where the concept of a puzzle diverges from that of a mystery by thinking about math. A math problem is a puzzle – the answer is in the problem itself, unpacked and solved by repeated applications of a formula as, for example, in long division. We don’t look at the math problem and think, “Well, that’s a mystery,” in the way we do when confronted by, say, a crime story. The former engages our intellectual curiosity, but the latter engages the whole person, from our beliefs about right and wrong, truth and justice, and courage and loyalty, to the feelings that often motivate us to seek answers.

For a counterpoint to the view that math is more a puzzle than a mystery, check out Magic Numbers: Hannah Fry’s Mysterious World of Maths.

So, let’s suppose that what distinguishes a mystery from a puzzle, ultimately, is the extent of our engagement with finding answers. On this view, we are less likely to care about the solution to a puzzle than we are a mystery. Puzzles are fun, low-stakes investments of our care and concern. Mysteries, on the other hand, nip at the heels of the big stuff of life.

From the Ancient Egyptians to Western Philosophy: We’ve Always Wanted to Know

We find ample evidence from around the globe of this sort of yearning to know. The ancient Egyptians, for example, believed Atum created the universe, while the ancient Norse people held that two realms, fire and ice, came together to create the first gods. The ancient Chinese believed the giant Pan Gu broke out of an enormous egg, which contained the chaos of opposites, yin and yang, thereby separating the myriad clashing elements. In the Huarochiri area of what is now Peru, some ancient South Americans believed that the sky first emerged out of nothing, followed by air and wind, which carried words of songs that created thoughts and visions.

What there is, and our place in it, has concerned us humans for thousands of years. Our curiosity about these questions consumes many of us. We are, to paraphrase German philosopher Martin Heidegger, ‘the beings for whom being is an issue.’ We want to know, as another German thinker, Gottfried Wilhelm Leibniz, puts it, ‘why there is something rather than nothing.’

For some, the scope of the Big Questions is limited to how to be human. Recall that Socrates, for example, doggedly pursued questions about the good life, committed to the view that knowing the good means doing the good. In other words, knowledge and the good life are inextricably linked. Living a good life means knowing what temperance and courage and piety are, to name a few things associated with being a certain sort of person. After all, it would be strange to find moral merit in a good action done ignorantly, and thus, accidentally. 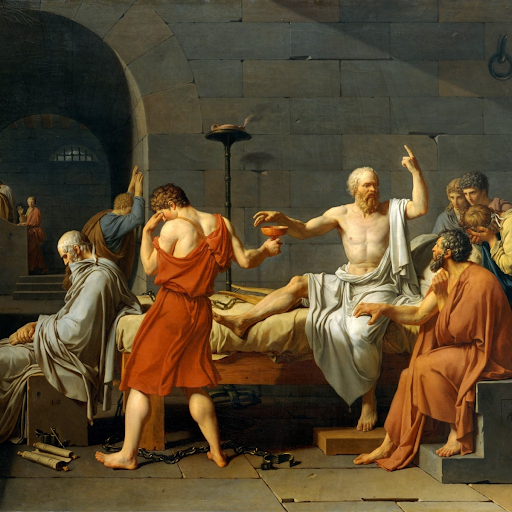 "The Death of Socrates," Jacques-Louis David (Metropolitan Museum of Art)

This is why Socrates famously declared, ‘the unexamined life is not worth living.’ Unfortunately, none of Socrates’s interlocutors had the right answers. They were ignorant, and it was Socrates’s vocation to show them that ‘the wisdom of men is worth little or nothing.’ He was so convinced of the rightness of his philosophical activities that he died for them.

We are mysteries to ourselves. It’s no surprise, for example, that many of us find certain events in human history perennially intriguing. We want to understand what sort of person can create a plan for genocide and what sort of person is willing to carry it out. We also never seem to tire of mysteries surrounding those atrocities, such as what happened to the art and other treasures stolen by the Nazis.

Some people think we can’t know how to be human without first understanding what sort of universe we’re in. Is it, as Leibniz thinks, the ‘best of all possible worlds’ that an omnipotent, omniscient, and omnibenevolent God created? Or is the universe, as French thinker Albert Camus holds, absurd? In other words, is the universe utterly devoid of meaning? If so, according to Camus, the only appropriate response is an enthusiastic embrace.

Regardless of how you conceive the meaning of the universe, the fact is you have a conception! Human beings are, so far as we know, the only creatures aware of their own mortality, which raise questions about meaning, value, truth, reality – as Socrates would say, ‘the really beautiful and good’ things to know.

True Crime, Dark Matter, and the Meaning of Life

It is within this context – the desire to learn the answers to our most pressing questions – that we can think about loving a good mystery. Murder is, of course, quite literally about life and death. It’s also, by definition, about unjustified killing.

Moreover, even if we don’t think that life has some inherent value, most of us believe that we are not in a position to know whose life does not deserve to continue. In other words, you don’t have to believe in “the sanctity of life” to believe that unjustified killing is morally wrong. So, you may not especially value another person’s life, but you’re also not thereby in a privileged position to act on that belief by ending it.

No one person’s life is more valuable than another’s, whichever way you balance the value scales. Solving a murder mystery reinforces our belief that unjustified killing is an affront to the moral nature of things – even in the most unjust societies, murder remains a crime. When that mystery remains unsolved (as in the JonBenét Ramsey case), we continue pursuing its resolution for the same reason. We want moral satisfaction; we want to believe that there are some fundamental truths about how to be. Murder mysteries provide that relief. 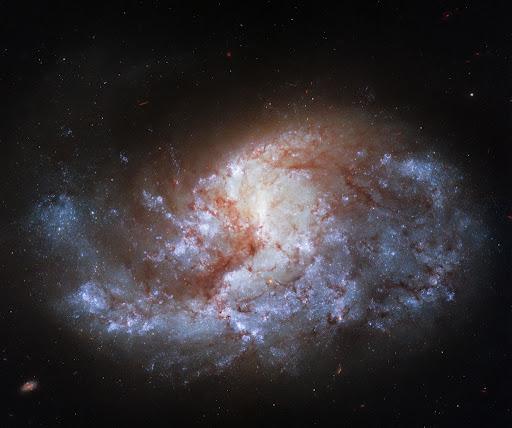 We want to know how things stand, as it were, not just in the realm of human affairs, but in the realm of, well, things. We investigate the composition of the universe, from the ever-smaller particles that quantum physicists or molecular biologists study, or the billions and billions of galaxies captured by astronomers’ telescopes. We send shuttles into space, searching for answers to questions about other life in the universe. Or  ordinary people venture beyond Earth’s atmosphere seeking a glimpse of the universe’s enormity in relation to our little blue ball.

Many of us believe the greatest mystery of all is why we’re here – why the universe exists, and exists in such a way as to support a life form as complicated as the human being. Some believe ‘the universe is just a brute fact’ – there’s no peeking behind the curtain to see what brought it into existence, since there is no “curtain” and no “behind” at which we might peek. Yet, we continue to ask, beckoned by mystery, compelled by our insatiable urge to know. 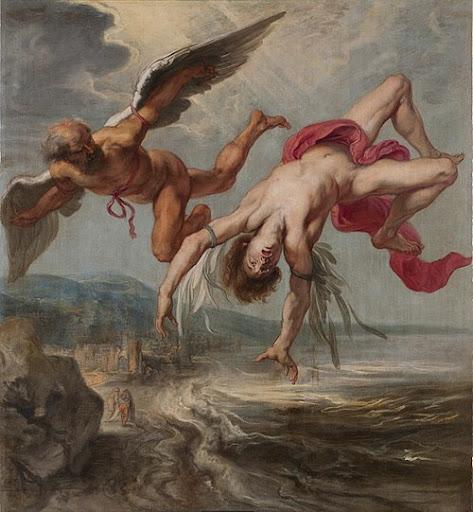 What, then, are the limits of knowledge, and why, if we are so constrained, are we nevertheless compelled to seek? Why is the human condition like Icarus taking flight with his wings of wax, doomed to plummet from the sky when those wax wings melt from the Sun’s heat? Remember Socrates and his relentless questioning of anyone who claimed to know about the good life. Those conversations almost invariably ended without a satisfactory answer, for it turned out that the one who claimed to know was ignorant. Socrates, however, never lost heart. He continued seeking, continued questioning. Perhaps, then, though we may never learn The Answers to The Most Important Questions, the lesson is that we are the sort of creatures who continue seeking, continue questioning.

Mia Wood is a philosophy professor at Pierce College in Woodland Hills, California, and an adjunct instructor at Bentley University and the University of Rhode Island. She is also a freelance writer interested in the intersection of philosophy and everything else. She lives in Little Compton, Rhode Island.

We all want justice. We want crimes to be solved. We want the right person held responsible. Why is this important to us? Two theories of justice help us to understand why, where…