Flying Saucers and Extraterrestrial Visitors? A Brief History of UFOs

From Close Encounters of the Third Kind to The X-Files, aliens and UFOs are science fiction staples, but a lot of people insist that they’ve actually encountered extraterrestrials. Are any of these encounters real? And what might these encounters tell us about ourselves and our place in the universe?

Have you ever been walking alone in the middle of the night, only to suddenly see a V-shaped arrangement of glowing blue lights in the sky above you? If that has happened to you, I’d be pretty surprised – but also, you’re definitely not the first person to see this sort of thing. In fact, tens of thousands of people across the world have reported that they’ve seen some sort of UFO. 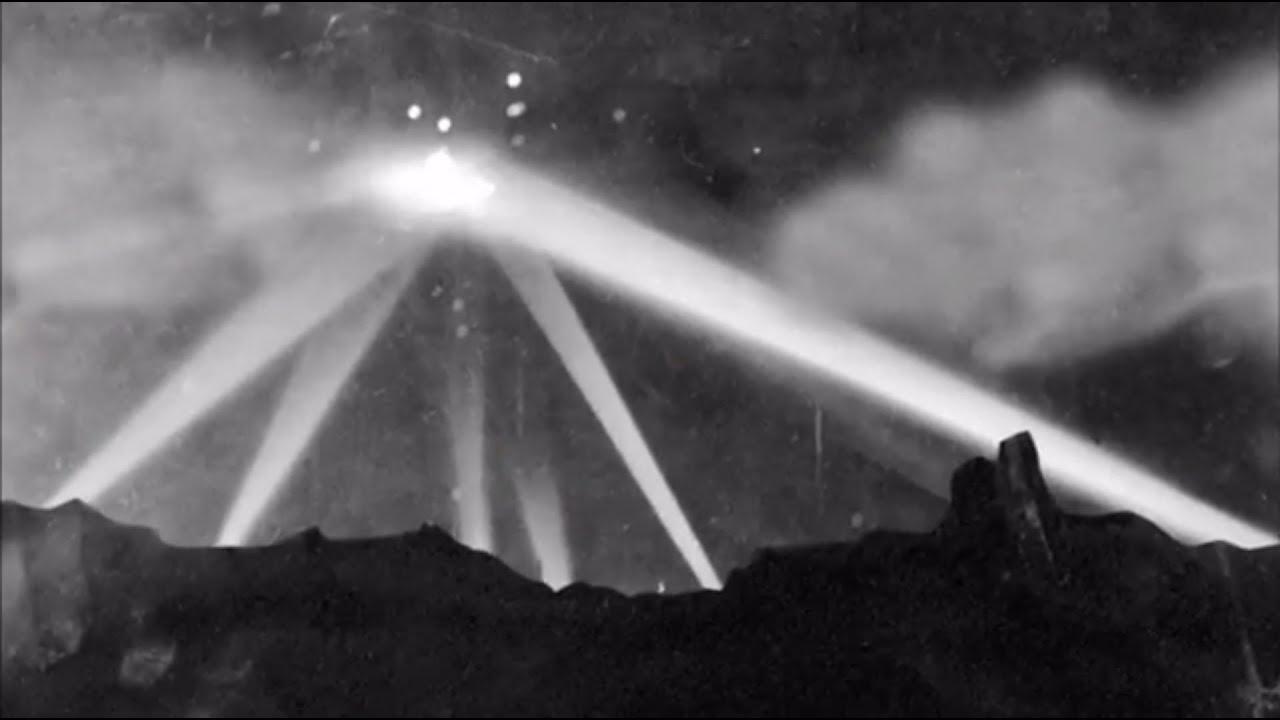 UFOs could be secret military operations, relics from the Cold War, or futuristic experiments on our collective openness to mass delusion, but there’s always that lingering possibility that there could be something more.

“The possibility of aliens is the possibility of annihilation by a hostile species, but it’s also the possibility of whole worlds beyond our own that our minds can populate as our whims move us. And in many ways it is more comforting to contemplate a cosmos that is alive and awake rather than just light-years of cold, sterile emptiness.”  – Molly Roberts, The Washington Post

Still, especially for those of us who grew up on science fiction, UFOs are tantalizing evidence that a better universe could be just out of reach. Also, as of the end of April 2020, we know for sure that UFOs are not only stories. They’re now Pentagon-sanctioned realities.

“Look at that thing, dude! It's rotating!” says a shocked voice. The video pans to reveal an oblong object, cast in black and white but distinctively strange, even (dare I say it) alien.

That voice belonged to an unnamed military pilot who filmed one of three videos that the Pentagon recently confirmed were actual footage of UFO sightings. These videos were filmed years ago, in 2004 and 2014 respectively, and they’ve all been leaked previously, but this is the first time the government has officially acknowledged their existence and their implications. 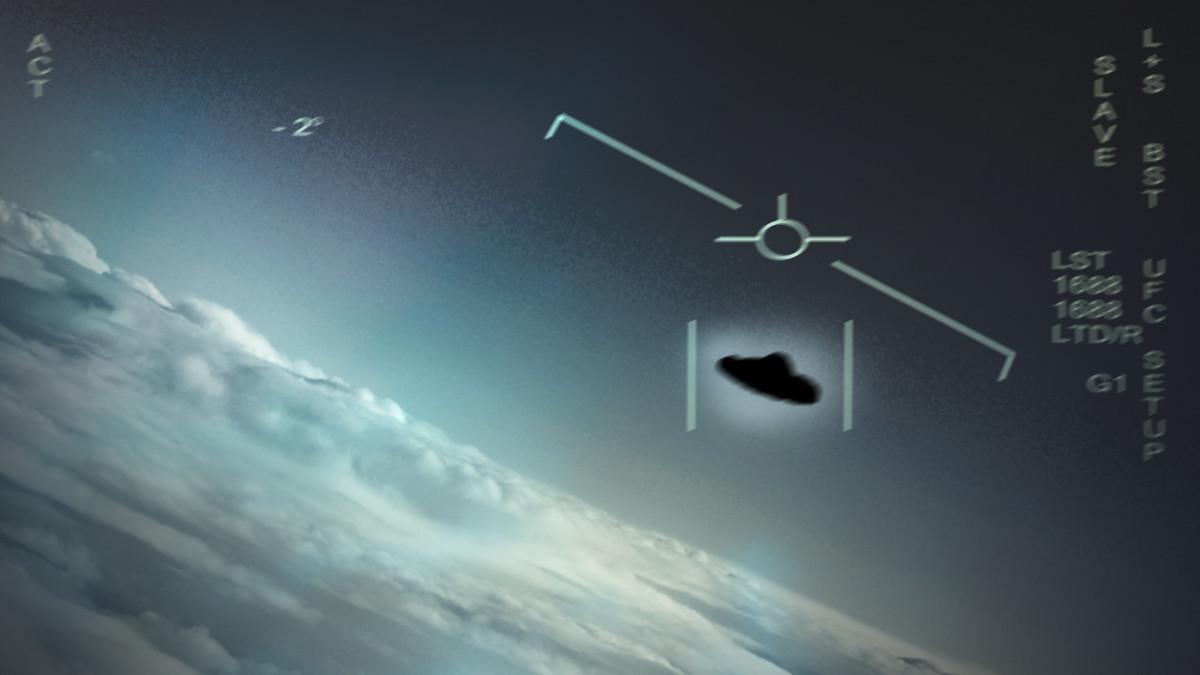 Though this is the first time the Pentagon has confirmed the existence of UFOs, countless people have been sure UFOs existed for quite a long time. Early UFO sightings may date all the way back to ancient civilizations, but there’s so much misinformation and conspiracy thinking clouding those old records that it’s pretty much impossible to say where the first UFO was actually spotted.

Speculation about UFOs owes its popularity in part to science fiction writers, who have long exploited their mystery and magic for a wide audience and eventually filling us all with a deep love of aliens. H. G. Wells’s science fiction classic War of the Worlds told an early UFO tale, and it later terrified listeners who heard a dramatized version of it on Orson Welles’s radio broadcast in 1938. (The story, which proclaimed Martians were invading New Jersey, was so terrifying that it made newspaper headlines. It also sparked a mass panic that had people running from their homes and wearing gas masks because the report had said the UFOs were spewing toxic radiation.)

Another early famous UFO narrative takes place in the film The Day the Earth Stood Still, which is about an alien who appears kind and friendly but later turns out to be harboring murderous intentions. On the other hand, Steven Speilberg’s Close Encounters of the Third Kind paints aliens arriving on spaceships as inquisitive and curious beings. That film inspired a new generation of alien-lovers, and also led to a three-hour United Nations meeting that saw delegates arguing over humankind’s extraterrestrial-relations plans.

Shows like The X-Files took things further, and today UFOs are clichéd cornerstones of our cultural landscape. But fortunately, in terms of UFO stories, the truth is sometimes stranger than fiction.

The golden age of our modern fascination with UFOs began somewhere around the mid-1950s in America, about the time when the earliest rockets and advanced jet aircraft began filling the skies. One of the first widely publicized human-UFO encounters starred a man named Kenneth Arnold and allegedly happened in 1947. On June 24 of that year, Arnold was flying his small aircraft near Mount Rainier, Washington, when he spotted a V-shaped formation of blue UFOs flying at an incredible speed. His description of the orbs led to a media frenzy and resulted in the creation of the phrase “flying saucer.” 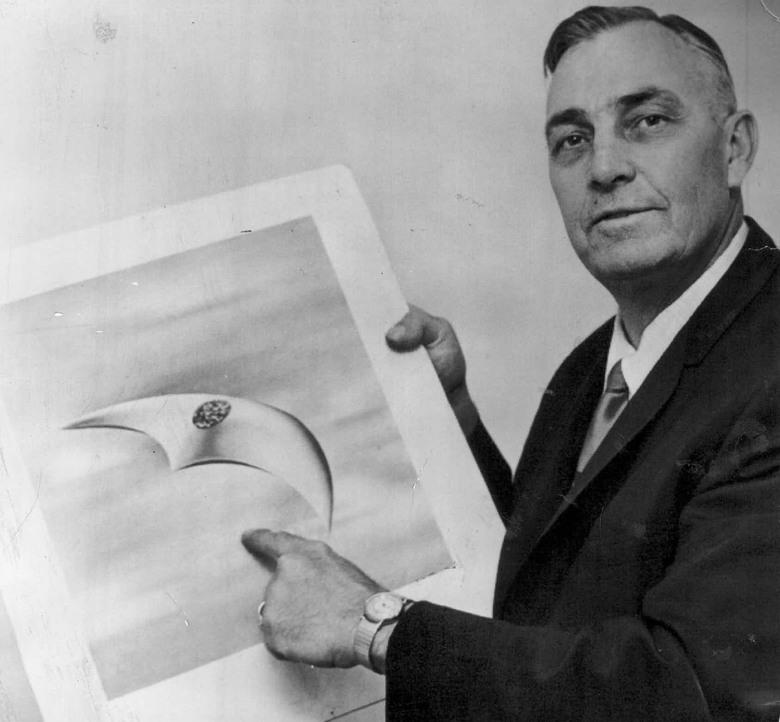 Just a few weeks after the Arnold incident, perhaps the most famous UFO sighting of all time occurred in Roswell, New Mexico. It began when a rancher named William “Mac” Brazel discovered the broken pieces of what he believed to be a fallen UFO. Headlines, always sensational, reported that a UFO had fallen from the skies, and even the Army acknowledged the fallen “disc.” 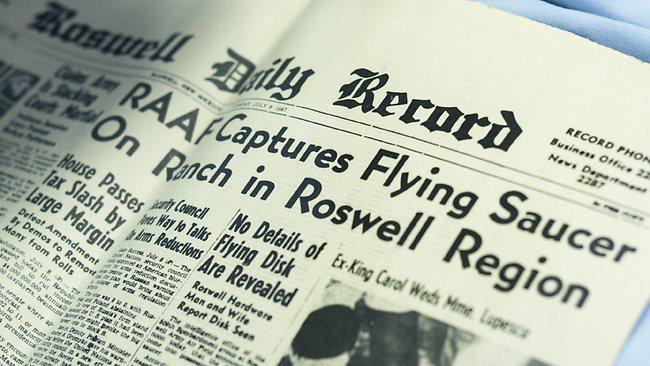 As it turns out, the object was a government balloon, part of a covert U.S. government attempt to trace the Soviet Union’s nuclear tests. Still, the UFO fever that spiked in Roswell that day lives on, and today Roswell is home to a unique alien museum as well as many other alien-themed tourist attractions.

After Roswell, the U.S. government began to take reports of alien spaceships more seriously. They developed several UFO investigation task forces, and in 1952 they launched the legendary Project Blue Book. During its tenure, Project Blue Book investigated 12,618 reports concerning UFO activity. About 94% of the objects it investigated were eventually identified and explained away. Due to the low proportion of apparently valid reports, Project Blue Book was discontinued in 1969.

In the decades since Roswell, UFO sightings have exploded across the globe. People from Canada to Chile to Sweden to China say they’ve seen them. But nobody loves aliens like Americans. The National UFO Reporting Center has recorded over 100,000 reports of UFO sightings in the U.S. since 1947.

“I'm sure the universe is full of intelligent life. It's just been too intelligent to come here.” – Arthur C. Clarke 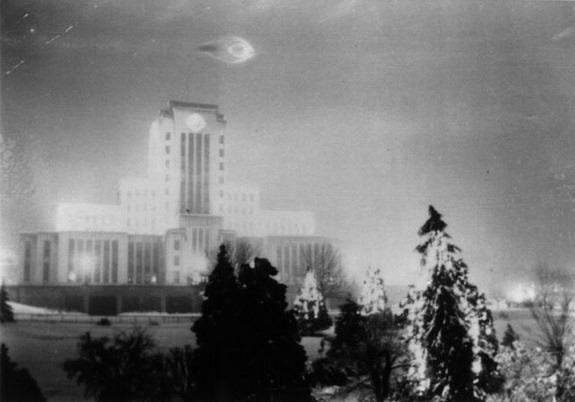 Most UFO reports involve strange, glowing lights in the sky, often observed by many people at once. For example, in Tehran, Iran, in 1976, so many citizens reported a bright light in the sky that eventually fighter jets were sent up to investigate the phenomenon. And who knows how many stories have gone unreported? We do know that in 2001 motorcyclists on the New Jersey Turnpike saw a V-shaped formation of lights filling up the darkness, and in 2008, a group of Texans spotted a single horizontal arc of lights that changed into parallel lines.

Though these reports happen over and over, there’s no credible evidence of contact with an alien being. So what could be causing these purported UFO sightings? Strange clouds, planets, lighting, or covert military procedures could be to blame. Of course, it’s easy to accept the logical explanations for such phenomena, but, for those of us with overactive imaginations, it’s also quite easy to entertain other possibilities.

Personally, if I ever see a UFO while driving on an empty highway at midnight, there’s a good chance I’ll abandon all logic and science for fear of potentially alienating any potential alien saviors or future overlords. 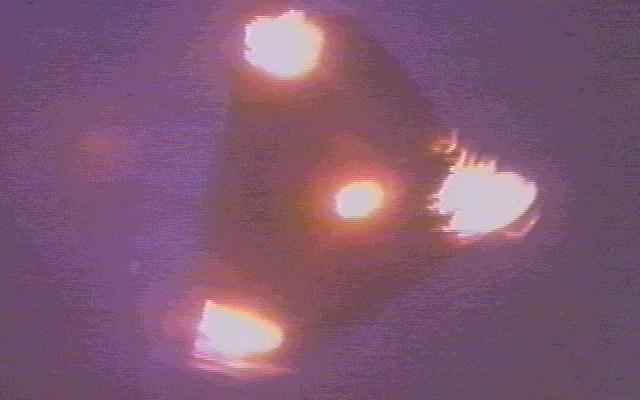 Naturally, the stories people tell about alien abductions often involve supposedly real encounters. Almost all of these encounters can be explained away by science, but that doesn’t mean that they aren’t fascinating – and occasionally perverse.

One of the most famous alien abduction stories of all time was first told in 1961, when Barney and Betty Hill claimed they were abducted by aliens while driving on an abandoned New Hampshire highway. Originally, the pair claimed that they had no memory of the event, but after hypnosis they both recalled being abducted and examined by little gray men.

Soon enough, the Hills’ description of the aliens began to reappear again and again, both in film and movies and in the tales of alien abductees. In most stories, the “Grays” are always small gray beings with large bright eyes. Typically these aliens bring people up into their spaceships and, in some of the more dramatic reports, they remove sperm from men and eggs from women.

In 1975, another formative abduction occurred when a 22-year-old logger named Travis Walton famously claimed he was abducted by aliens that resembled the “Grays” and was kept in their ship for five days. Allegedly, Walton was zapped by a beam of light coming from a UFO and was observed by aliens in a hospital-like chamber. His report has since been debunked, but somewhere along the way (most likely fueled by sensational stories like his), the idea of the alien “examination” began to permeate mainstream culture.

Soon enough, these stories even began to reach the scientific community. In the 1970s, a Harvard psychiatrist named John E. Mack treated a number of patients who said they had experienced alien encounters. During his research, which landed him in hot water with some of his colleagues, Mack began taking his patients’ reports rather seriously, focusing on the traumas as well as the heightened spiritual and environmental concerns that his patients reported after their alleged encounters.

“I would never say, yes, there are aliens taking people. [But] I would say there is a compelling powerful phenomenon here that I can't account for in any other way, that's mysterious. Yet I can't know what it is but it seems to me that it invites a deeper, further inquiry.”  – John E. Mack, in a BBC interview

Mack connected alien encounters to the “vision quests” experienced with some frequency by ancient cultures, and though he emphasized the fact that he didn’t believe in alien abductions, he did argue for a deeper look into their significance. Maybe there are no aliens, Mack argued, but certainly there are forces at work that we cannot see.

Modern Alien Sightings and the Future of UFOs

As of 2019, stories about aliens once again began to appear in the mainstream media, thanks in part to the 2019 New York Times investigation that found that the Pentagon had been seriously investigating UFOs since 2007. That year also saw a newfound resurgence in interest in Area 51, purportedly the locus of the government’s extraterrestrial studies (a theory never proven, but much beloved by folklorists and meme-makers).

“Alien dreams have always been powered by the desire for human importance in a vast, forgetful cosmos: We want to be seen so we know we exist.”  – David Wallace-Wells, New York Magazine

And in 2020, the Pentagon at last acknowledged that not only has it been studying UFOs – they have actually been seen.

So what does this mean for our future? Are there occult forces at work? Is it Russia again – or something far stranger, beamed from much further away? It’s anyone’s guess. As for me, I’m going to keep gazing at the stars and politely hope that if a benevolent alien race is preparing to save us humans from ourselves and the multitude of evils that plague our world, they begin that work sooner rather than later.