The collection of treasured U.S. national parks faces unprecedented threats from climate change. However, in spite of recent federal actions to conserve more national park lands, a global failure to mobilize against climate change will leave these parks disproportionately vulnerable to the ravages of heat waves, wildfires, droughts, and other consequences of rising temperatures due to unchecked carbon emissions.

The Everglades’ mangrove trees are on a death march.

At least that’s how researchers from Florida International University described the progression of a group of the Everglades’ prized trees, as they move inward to escape rising sea levels. 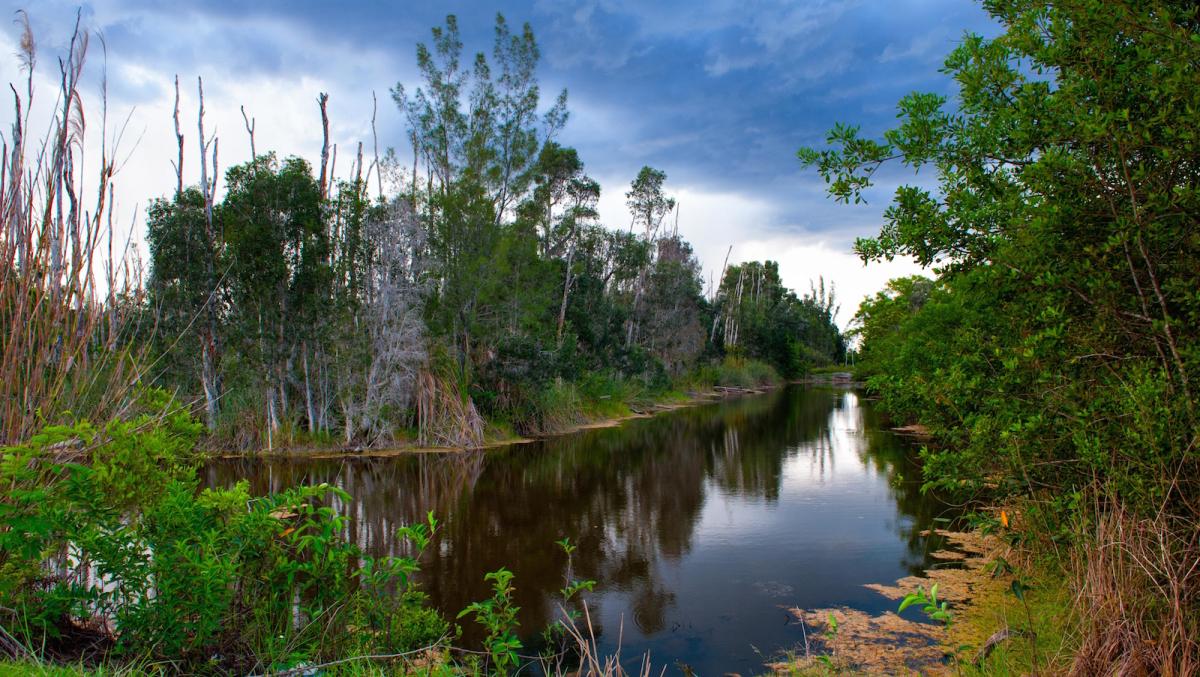 Mangrove trees are central to the marshland ecosystem. Among their many roles, their network of roots can act as filters for toxic chemicals and buffers against storms and floods. Now, rising tides have sent hordes of them into retreat. According to the FIU study, the mangroves in question migrated westwards from just south of Miami at about 100 feet per year, until they ran into a flood barrier in Miami-Dade County.

Everglades National Park is just one of America’s many national parks that face annihilation if climate change continues at its current rate. The U.S. is home to a vast expanse of protected lands – roughly 84 million acres, in fact. Since Congress established Yellowstone National Park in 1872, the parks have been crown jewels of America’s landscape.

Scientists (and even oil companies) have been aware of the consequences of our dependence on fossil fuels since the 1980s or earlier. Unfortunately, climate change denialism has stymied progress in this arena.

Like many vulnerable human-dominated communities, national parks are on the front lines of climate change. However, they may actually hold the keys to stopping the Earth’s warming – if they aren’t destroyed first.

Parks Under Fire: How Climate Change Will Impact National Lands

National parks have been disproportionately affected by climate change for a long time. According to a study published in the journal Environmental Research Letters, since 1985, the average annual temperature of America’s national parks has been increasing twice as rapidly as the temperature of the nation on the whole.

This is because many parks are located in at-risk environments like arid southwestern regions and high elevations, which makes them more susceptible to shifts in weather. It’s also because, unlike humans, they can’t just take a cold shower and turn on the AC – instead, the equilibrium of natural ecosystems relies on a careful, age-old balance.

If one U.S. state faces the greatest danger, it would have to be Alaska. According to The Guardian, Alaska’s northwest coast is being eaten away at 150 feet per year by rising sea levels, and temperature increases are melting the state’s layer of permafrost. 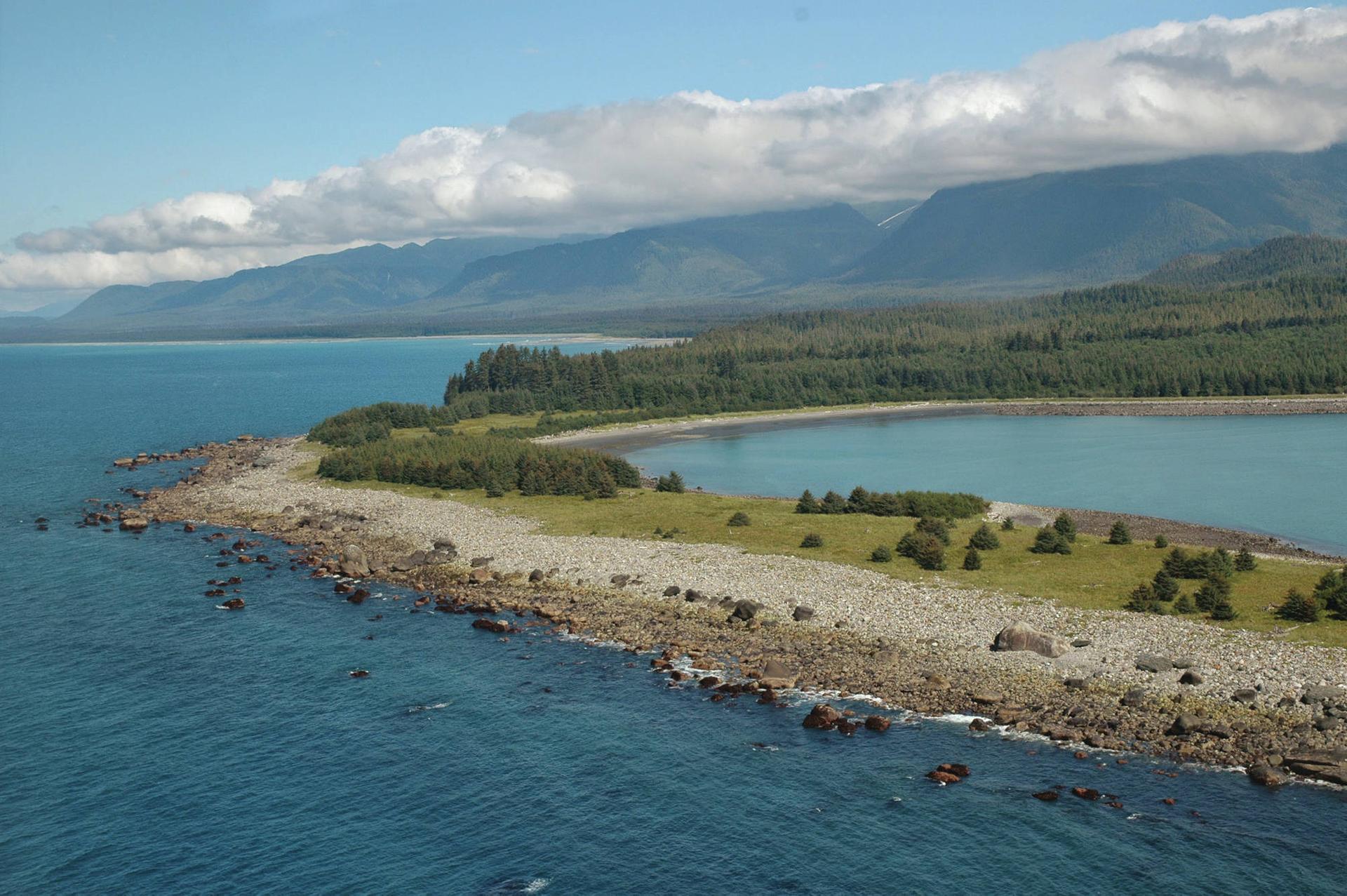 The coast of Alaska

Rising sea levels also flood other parks, such as the aforementioned Everglades and their mangrove-lined coasts. Flooding is mostly caused by tropical storms and, particularly, melting glaciers – another consequence of climate change. Magnificent parks like the North Cascades are on track to lose all their glaciers in the next few decades, and Alaska’s Muir Glacier has melted hundreds of meters over the past half-century.

Rising temperatures do a lot more than melt ice. They warm bodies of water, cause dangerous fungi explosions, and generally wreak havoc. During the past century, the average temperature in the Greater Yellowstone Ecosystem has increased 0.31 degrees Fahrenheit per decade, and even seemingly small changes like this can have catastrophic consequences. For example, a rise in voracious bark beetle populations in the West has decimated ponderosa pines in South Dakota’s Black Hills, and spikes in insect populations have destroyed Hawai’i’s native ohi’a trees and swaths of forest in California.

“Buddha’s words: A tree is a wondrous thing that shelters, feeds, and protects all living things. It even offers shade to the axmen who destroy it.” —Richard Powers, The Overstory

In turn, rising temperatures contribute to wildfires, which are occurring in record numbers in parks like the Rocky Mountains and the Great Smoky Mountains. In 2018, visitors were barred from visiting Yosemite for two months due to the Ferguson Fire, and this certainly won’t be the last time something like that happens.

A rising climate can also cause droughts, which pose a threat to parks such as Joshua Tree and the Grand Canyon, and water shortages have already hit the southern Sierras. Each drought worsens the likelihood of wildfires. These disasters, as intertwined as mangrove roots, highlight the fundamentally interconnected nature of the natural world. Damage one thing, and you’ll likely hear the dominos clattering.

On the other hand, the opposite is true. If you heal one thing in nature, you could heal an entire ecosystem. Parks have so much to teach us about science, and their wisdom could potentially help us combat climate change and save millions of human lives.

Given the threat that climate change poses to them, it’s ironic that national parks are some of the world’s most powerful weapons against the phenomenon. According to the researcher Patrick Gonzalez, national parks “conserve our most intact natural places, harboring endangered plant and animal species, and protecting unique ecosystems,” and “help assure human well-being by protecting watersheds that provide drinking water, and storing carbon to naturally reduce climate change.” Parks can also help stop mudslides, digest toxins, soak up CO2, halt flooding, and can help valuable freshwater sources recover from acid rain, among other things.

National parks have already caused a variety of scientific breakthroughs. For example, in 1804, Joseph Grinnell created what is known as the “ecological niche theory” after doing research in what is now Yosemite. This theory proposes that every individual organism is connected to many of the other species in its environment, and the death of one species (or a population boom) can devastate an entire ecosystem.

“Tug on anything at all and you’ll find it connected to everything else in the universe.” —John Muir

Then, around the late 1890s, the botanist Henry Cowles documented changing soil conditions in the Indiana Dunes National Lakeshore. His studies led him to propose the theory of “ecological succession,” which scientists still reference in order to understand how plants react and adapt to changing ecosystems, and which could provide blueprints for helping our national parks adjust to climate change. 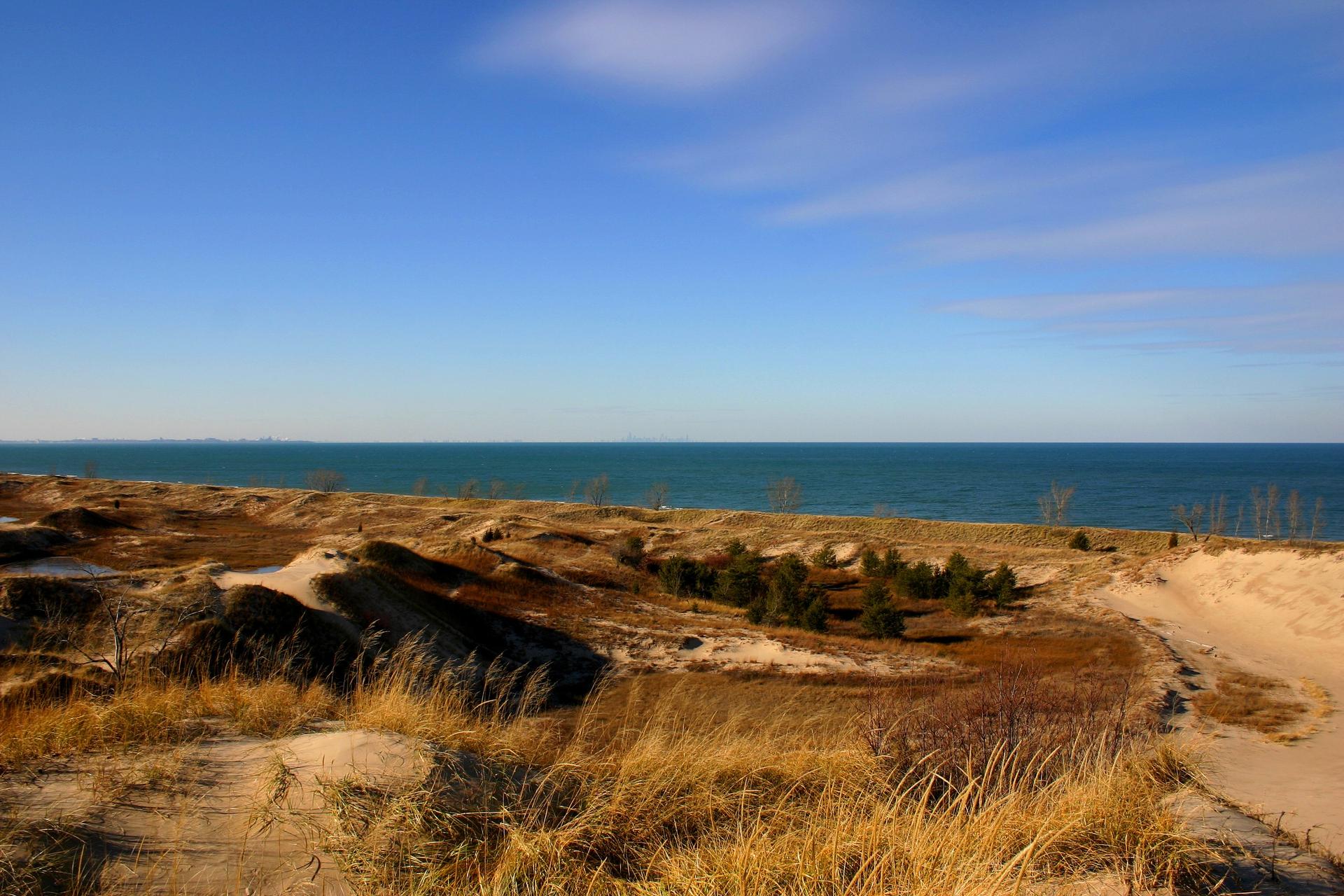 More recently, scientists have been studying peatlands, which are boggy or marshy areas that have acted as natural  ‘carbon sinks’ for thousands of years, and which could be important blueprints for carbon-trapping technologies.

The Future of National Parks: Federal Funding, the EPA, and the Fate of Protected Lands

America’s parks are age-old symbols of the country’s abundance, and across party lines, most agree that they should be protected. Perhaps because of this, President Donald Trump recently announced he was signing a major public lands conservation bill into law. The bill, which achieved broad bipartisan support in Congress, adds 1.3 million acres of new wilderness, and also authorizes the Land and Water Conservation Fund, which protects lands from commercial development.

However, the Trump administration’s 2020 budget plan proposes a $481 million cut to the National Park Service’s budget, as well as a 31% cut to the EPA, which is responsible for enforcing laws like the Clean Water Act and the Clean Air Act. In addition, Trump’s proposed budget nearly eradicates funding for waterway and ecosystem conservation programs, including the Great Lakes Restoration Initiative, the Chesapeake Bay Program, and the South Florida Program.

Furthermore, on July 29, 2019, William Pendley was appointed as the new head of the Bureau of Land Management. Pendley has previously supported the federal government’s attempts to open national parks to hydraulic fracking, logging, and the like. In 2016, he wrote an article for The National Review in which he argued that the “Founding Fathers intended all lands owned by the federal government to be sold.” Though his advocacy of selling public lands is concerning, a spokesperson for the Department of the Interior clarified that the Department “adamantly opposes the wholesale sale or transfer of public lands.”

“The Park Service is already operating on shoestring budgets, and due to years of additional cuts, our parks are dealing with crumbling facilities and too few rangers and other staff to serve visitors. All of this threatens the ability to protect our cultural and natural resources from the Jefferson Memorial at the National Mall to miles of trails throughout Zion National Park.” —Theresa Pierno, President and CEO, National Parks Conservation Association

For a long time, the federal government has been threatening to expand and speed up oil and pipeline construction, and has taken significant actions to encourage widespread interstate transportation of fracked natural gas. National parks are definitely not safe from these developments. While actually building a pipeline in a national park has required Congressional approval since the 1920s, there are currently 12 oil and gas operations in national parks, along with and an estimated 28 potential new operations on the way.

The Trump administration has never been known for its concern for the environment. Time and time again, the administration has denied scientific proof of climate change, waging a veritable war on science that has led the U.S. to pull out of important, bare-minimum resolutions like the Paris Agreement and that has put America’s communities, not to mention its natural resources, at risk. Senior officials have come forward about a “culture of fear, censorship, and suppression” in terms of climate action in the administration. And should the administration continue to deny scientific fact, a whole lot more than national parks will wind up at risk.

National Parks and the Nation At Large: A Symbiotic Relationship

Losing our national parks would be a travesty. Emblems of our planet’s natural glory, national parks are supposed to be safe havens where nature can thrive, and where visitors can encounter the power and beauty of wild spaces.

Unfortunately, if science is overcome by ideology, political aims, and greed, and the Earth’s temperatures continue to rise at their current rate, we risk losing our parks in the near future. We could very well lose all the Joshua trees, freshwater lakes, toxin-sucking peat, and sprawling mangrove communities that the national parks hold. Nature grows back, but not that fast, and especially not if the world remains on fire.

The movements of tectonic plates hundreds of millions of years ago created the geography of Earth as we know it today. The landforms left behind by shifting land and glacial paths…