One of the world’s most popular fruits, bananas are a relatively recent addition to the American diet. They are funny-looking, tasty, versatile, and chock full of potassium. But behind that bright yellow skin is a dark tale of international power politics and brutal exploitation of the people who pick them. This not-so-sweet tale begins with the United Fruit Company – and a nearly forgotten immigrant entrepreneur, Sam “the Banana Man” Zemurray.

It might be hard to believe, but bananas didn’t arrive in the United States until 1870. (Yes, we had no bananas!) Ever since then, bananas have been a go-to snack for children and adults alike. But bananas are more than just a source of fuel for Americans. In fact, they have been surprisingly important to U.S. history and pop-culture.

According to National Geographic, bananas are the world’s most consumed fruit, and more than one hundred billion are eaten annually. The demand also makes it the world’s most exported fruit.

The oblong treat has given us something to whistle to, thanks to musicians like Gwen Stefani and Harry Belafonte. It has been a phone (lookin’ at you, Raffi), and it’s been used as a scale of reference for internet photos. The ordinary banana has been the subject of iconic artwork, such as Andy Warhol’s rendering of the fruit that sold for over $92,000 in its last auction at Christie’s. And let us never forget the wisdom of Arrested Development’s George Bluth, Sr., who said, “There’s always money in the banana stand.”

Bananas have even been spotlighted on the big screen. Remember Woody Allen’s Bananas? In the 1971 comedy, Fielding Mellish (played by Allen) travels to San Marcos, a fictional country in Central America. After a series of ridiculous twists and turns – including zany revolutionaries, slapstick comedy à la Allen, and even a coup – Mellish winds up as president of the fictional banana republic. While the plot of the movie is obviously contrived for comic effect, its convoluted view of Latin American politics bears some resemblance to reality – and, in particular, to the true story of a man named Sam “the Banana Man” Zemurray, whose life embodied the American Dream and the relentless pursuit of wealth and power.

But before we get to Sam, let’s take a look at the business he eventually controlled, the United Fruit Company.

Peeling Back the Truth on Bananas

For most of the twentieth century, the United Fruit Company was the United States’ largest banana distributor, and its power stretched across countries and continents. When Banana Ruled, a fascinating documentary about the history of the banana business, focuses on the grip that the United Fruit Company had on the banana market, and on parts of the world. Unfortunately, its rise to power came with a side of worker mistreatment and corruption.

Known as “the Octopus” to Latin Americans, United Fruit had “tentacles” that gripped the Americas. Its origins date back to 1870 when two American entrepreneurs – Captain Lorenzo Dow Baker and Andrew Preston – founded the Boston Fruit Company. Almost 30 years later, they joined forces with Minor C. Keith, who owned land in Central America and Colombia, forming what would become the United Fruit Company.

The United Fruit Company ruled with an iron fist. The bosses were quite aware that working conditions were abysmal, and they used their power to keep the workers in check. The company discouraged laborers from gathering in groups and imposed rules to combat the formation of unions. But that wasn’t enough to suppress the workers. In 1928, banana pickers in Cienaga, Columbia, organized a protest against poor pay and working conditions. A strike was called, and United Fruit was not happy.

The undesirable presence of the United Fruit Company sparked inspiration – leading to
monumental literary works such as One Hundred Years of Solitude by Gabriel García
Márquez, who wrote of a banana company arriving with dictators and hired assassins.

While the workers’ demands were reasonable (formal written contracts, eight-hour work days, six-day work weeks, and fair pay), United Fruit was determined to break the strike. The company persuaded the Colombian government to send soldiers into into Cienaga. Without giving the strikers time to disperse, the troops opened fire on them. The day was December 6, 1928, and it was forever marked in history as the Banana Massacre. While reports vary, it’s believed that as many as 2,000 innocent people were slaughtered that day.

The tragedy at Cienaga was probably the worst of the scandals to arise in the banana industry, but it wasn’t the only one. The history of America’s beloved fruit has long been shrouded in controversy and sketchy characters, which brings us back to Sam “the Banana Man” Zemurray.

Sam (born Schmuel Zmurri) emigrated from Russia to America when he was only 11 years old. Like millions of other immigrants, he started out in poverty but was determined to change his fate. By the age of 18, he used his keen eye for business to plant himself into a profitable market – bananas.

Living in Mobile, Alabama, Sam was appalled to see that ripe bananas from transport ships were thrown out on arrival. But why waste perfectly good food? Well, the shelf life of bananas was short; if they arrived in port already ripe, they would surely spoil before delivery to market. Sam came up with a scheme to turn this waste into profit, and struck a deal with the transporters. He would purchase the ripe bananas and sell them quickly before they rotted. To this end, he bought a boxcar and distributed the fruit to grocers along the rail lines near New Orleans. By age 21, he earned $100,000 – the equivalent of almost $3 million in today’s dollars (basically making him the Mark Zuckerberg of the early 20th century). But he didn’t stop there.

In 1910, Sam bought 5,000 acres along the Cuyamel River in Honduras, and founded the Cuyamel Fruit Company – cutting out the middleman by producing the bananas himself. In true corporate style, he negotiated a tax break for his business in Honduras. But the deal didn’t stay sweet, and soon the agreement began to spoil.

Honduras owed a significant amount of money to the United Kingdom, and something needed to be done to get the Hondurans off the hook. The U.S. Secretary of State, Philander Knox, helped the Honduran government conceive a strategy to eliminate the country’s debt by raising taxes.

Banana Republic isn’t just a store. The disparaging term was coined to describe a politically unstable country whose economy is dependent on the export of a single resource. It was originally used to describe Honduras during the rise of the banana industry. The term was popularized by the American writer, O. Henry, in his short story, “The Admiral.”

Sam, being a businessman and disliking taxes (hey, don’t we all), started to plot. Upon hearing the newly proposed plan, he traveled to Washington D.C. to meet with Knox in the hope of persuading him to rescind his support of the tax hike. Knox was not open for discussion, and sent Sam Zemurray on his way – but not before summoning federal agents to keep an eye on him … just in case.

This is where the story goes completely bananas.

The Banana Man tracked down Manuel Bonilla, the immediate past president of Honduras, who was living in exile in New Orleans. With the help of two unsavory mercenaries – Lee Christmas and Guy “Machine Gun” Molony – Zemurray and Bonilla formed a plan. Sam and his men evaded his federal trackers, acquired a surplus U.S. Navy warship called the Hornet, and set sail for Honduras. Armed to the teeth, Zemurray and his small gang confronted the Honduran military and capitalized on a huge bluff:  They claimed to have an army ready to back them up if the Hondurans did not return Bonilla to power.

Amazingly, the Hondurans bought the hoax, Bonilla was reinstalled as president, and the coup was complete. And, of course, Sam and his company enjoyed a return to low taxes and dominance of the Honduran banana plantations.

When Sam Zemurray finally decided he had enough money, in 1930, he retired and sold Cuyamel Fruit to the United Fruit Company. But he wasn’t gone for long. Within a few years, in the midst of The Great Depression, the Banana Man bought a controlling share of United Fruit  and took charge.

By then, local governments in Central America posed yet another threat to Zemurray’s business. He enlisted Edward Bernays – the “father of public relations” – to launch a propaganda campaign. Bernays devised a plan to manipulate Guatemala’s government in order to maintain control by officials who would defer to the wishes of United Fruit. In true Banana Man style, Sam helped orchestrate yet another coup and kept control of his banana land.

Reccommended: Want to learn more about Edward Bernays and the use of propaganda techniques in advertising? Check out The Psychology of Propaganda: War Tool Turned Marketing Tactic.

Zemurray called it quits once and for all in 1951 at the age of 74. He led a controversial life, but made sure to share some of his fortune by making generous donations to Tulane University and providing free schooling for the children of his workers in Central America, among other philanthropic contributions. So, Sam the Banana Man wasn’t all rotten, and his story is one for the books – just like the history of bananas.

From an immigrant chasing the American Dream to impoverished workers exploited by that same man, bananas and the businesses that produce and sell them have played an outsized role in the history and culture of the Americas. Fortunes have been made, and people have been killed. Governments have been installed and overthrown. Songs have been sung, jokes have been told, and movies have been produced. All stemming from a comically suggestive, oblong, yellow fruit that is both delicious and nutritious. Go figure. 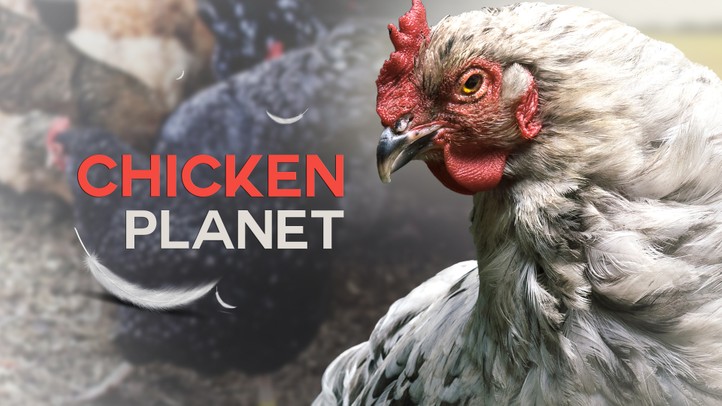 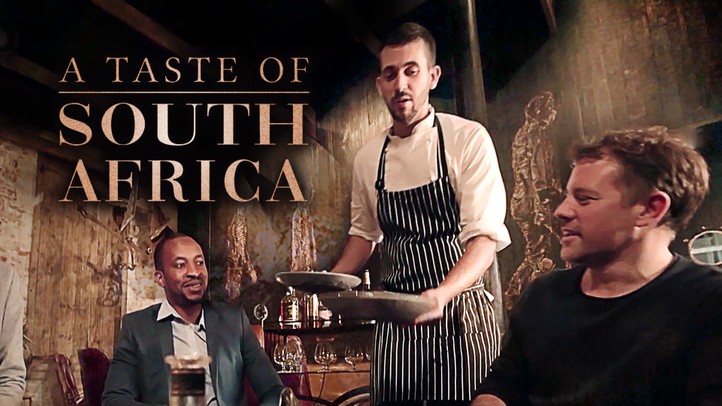 9 EPISODES
A Taste of South Africa 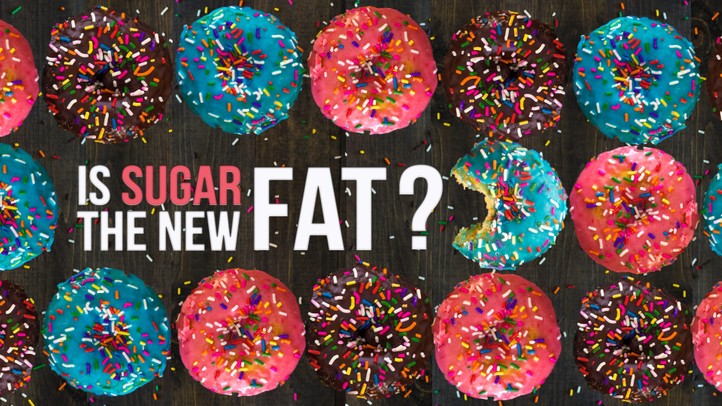 43MIN
Is Sugar the New Fat?

Researchers into plant life are continually discovering amazing facts concerning plant adaptations and their ability to...