Cosmologists have laid out five ages that encompass the lifespan of our universe. These progress from the raucous opening moments of the Big Bang, through our current era, to a succession of ages that will result in the still endpoint of everything. This endpoint marks the time when cosmologists conjecture the universe will hit its final state, a mind-boggling 101000 years from now.

When poet T.S. Eliot wrote these words in 1925, he may have been aware of the writings of Albert Einstein. However, it’s doubtful Eliot was referencing the theories of Einstein in these metaphorical lines about the end of things.

Not that poets, along with scientists, haven’t thought about how everything will come to an end, and all that entails. In fact, apocalypse has been on the minds of many as we ponder the very distant future, and how the physical reality of the universe will eventually turn out. Let’s consider some ideas about how existence might reach its endpoint on the most massive of scales.

Watch When Will Time End? 4K now on MagellanTV

There are a number of ideas about the progression of the universe – Big Bang to “big finish” – and what, if anything, might be left after it ends. According to astrophysicists Fred Adams and Gregory Laughlin, in their book The Five Ages of the Universe, the universe is progressing through five distinct eras, and we humans are currently in the midst of the second of five right now. Here are all five, in chronological order:

The first era of the universe began with an extraordinarily active first second of time. Matter, which in the previous instant was squeezed into an infinitesimally small space, exploded with unbelievable force in every direction at once. Within that first second, the universe began its expansion through a process called cosmic inflation, which carried matter exponentially faster as it gained distance, in time and space, from the Big Bang.

In this era, which lasted for approximately one million years, the earliest elements, hydrogen and helium, appeared and formed stable atoms. As these gases interacted with each other, the first chemical processes occurred, establishing the foundation for the next era: the Stelliferous, which has featured star creation.

The Stelliferous Era – Home to Humanity

Beginning around 13.7 billion years ago, gases gathered into clouds and began the chemical processes through which the first stars emerged. This is the era in which we live. During this time, galactic structures composed of billions and billions of stars formed. Life on Earth emerged, made possible only because planets coalesced in orbit around the Sun, including our home planet that was hospitable to elemental processes of life.

The future evolution and duration of life on Earth is uncertain, but some forecasts are fairly clear. Around five billion years from now, the Sun will begin to evolve into a red giant star. That will be the end of Homo sapiens, if our species even still exists on Earth, as the expanding Sun will envelop the inner rocky planets, including ours. 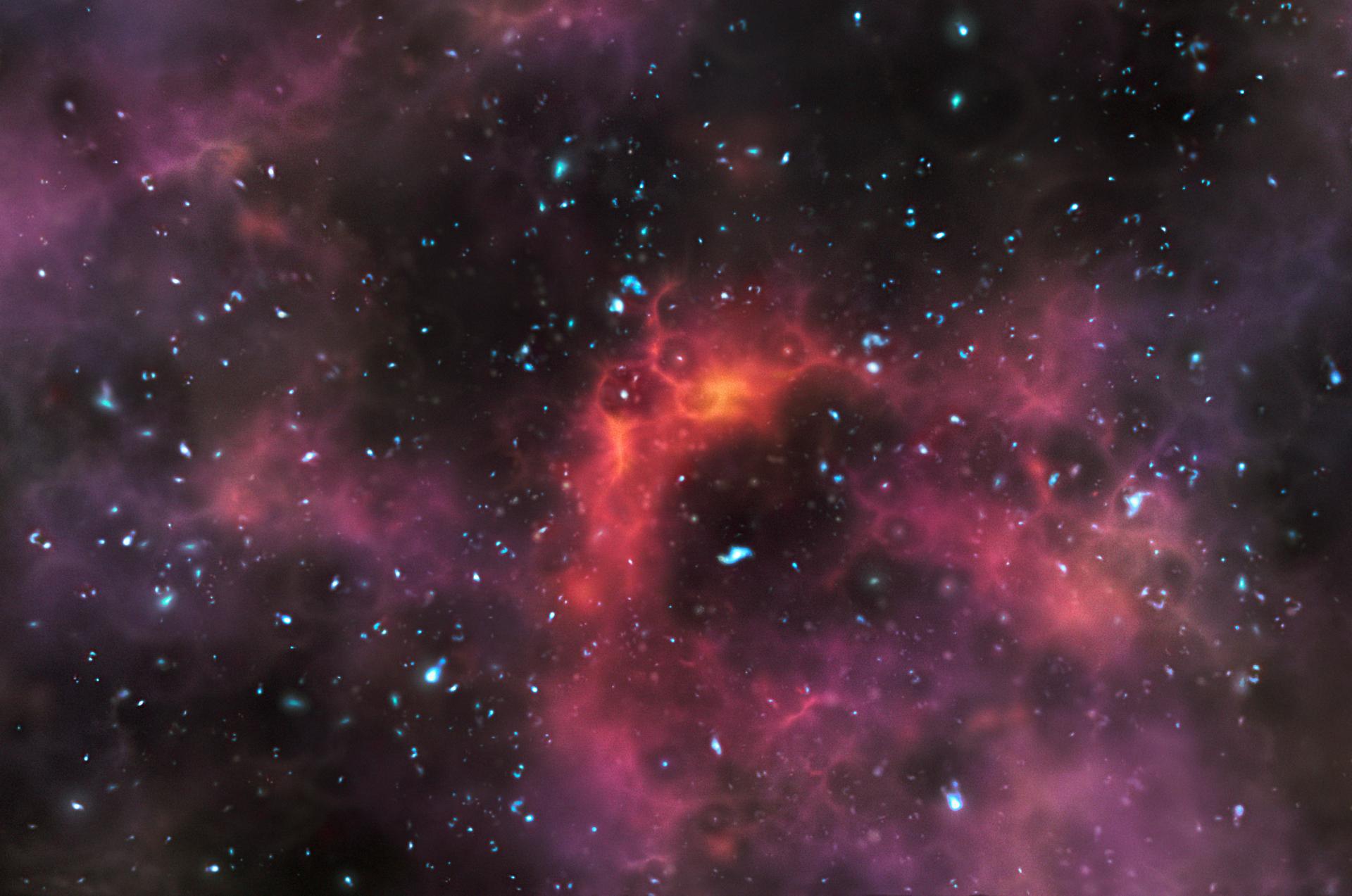 Similar processes will happen throughout the universe. Stars, trillions upon trillions of them, will progress through predictable phases, each toward their own demise, the complex interactions that allowed them to shine all played out. Last to go will be old, compact stars such as white dwarfs and neutron stars. Once the few remaining stars flicker out, the Stelliferous Era will have reached its end, only to be supplanted by its curiously named successor.

Unlike where your mind might wander, this era takes the term de-generate quite literally. According to Eric Betz, writing for the website Astronomy, in the Degenerate Era “galaxies will be gone. . . . Stellar remnants will fall apart. And all remaining matter will be locked up inside black holes.” Everything in the universe, expanding and accelerating, will eventually drift apart. Truly, to quote the poet William Butler Yeats, “things fall apart; the center cannot hold.”

Not that everything will happen at once. It will actually be a grueling, slow-motion stretch. The Degenerate Era will mark the last phase of the existence of all matter. As the universe continues to expand ever faster, objects will be flung further and further apart.

While gravity will still work on a local level, galaxies and their contents of white dwarves and planetary objects will lose gravitational contact with more distant galaxies. The galaxies may go dark, but – at this point – they will remain intact. In fact, some may even grow larger if they merge with neighbors. Eventually, though, black holes will be virtually all that remain of creation’s former structures. Not until the next era, much later, will degeneration be complete.

The Black Hole Era – Everything Must Go!

As the universe continues to devour itself, hundreds of trillions of years from now, the building blocks of matter will begin to disappear. By this time in the devolution of things, protons will self-destruct and more and more of the universe will be dominated by black holes; these, at least, will be present in abundance. At least at first.

Did previous universes precede this one? Physicist Roger Penrose believes he has evidence for what he calls “conformal cyclic cosmology.” What’s that? It means that time and the universe are cyclical, and that more universes will follow ours through serial Big Bangs.

Even black holes eventually come to an end. Assuming a theory proposed by the physicist Stephen Hawking is correct, once matter is fully consumed by a black hole, the hole basically sputters out and dissipates as it slowly radiates its mass away. So the progression of the Black Hole Era will be one of the gradual evaporation of black holes. Nothing else will be left by this point, with the possible exception of low-energy subatomic particles. The Black Hole Era will be so far into the future that scientists can only estimate it as trillions upon trillions of years from now. Tempus fugit.

Now we can imagine our universe’s ultimate fate. The Book of Common Prayer measures the term of our human lives as “ashes to ashes, dust to dust.” Over the life of the universe, we might add, “Darkness to darkness.” In the Dark Era, stars are all gone, so there’s no light, and neither energy nor heat. All is quiet, frigid, and pitch-black. The theory promulgated by Adams and Laughlin in Five Ages of the Universe posits that this era will be in the many trillions of years from our era, or even longer. How long? They estimate that the lifespan of a black hole can be one googol years. And all the black holes will have dissipated by the time this era arrives. 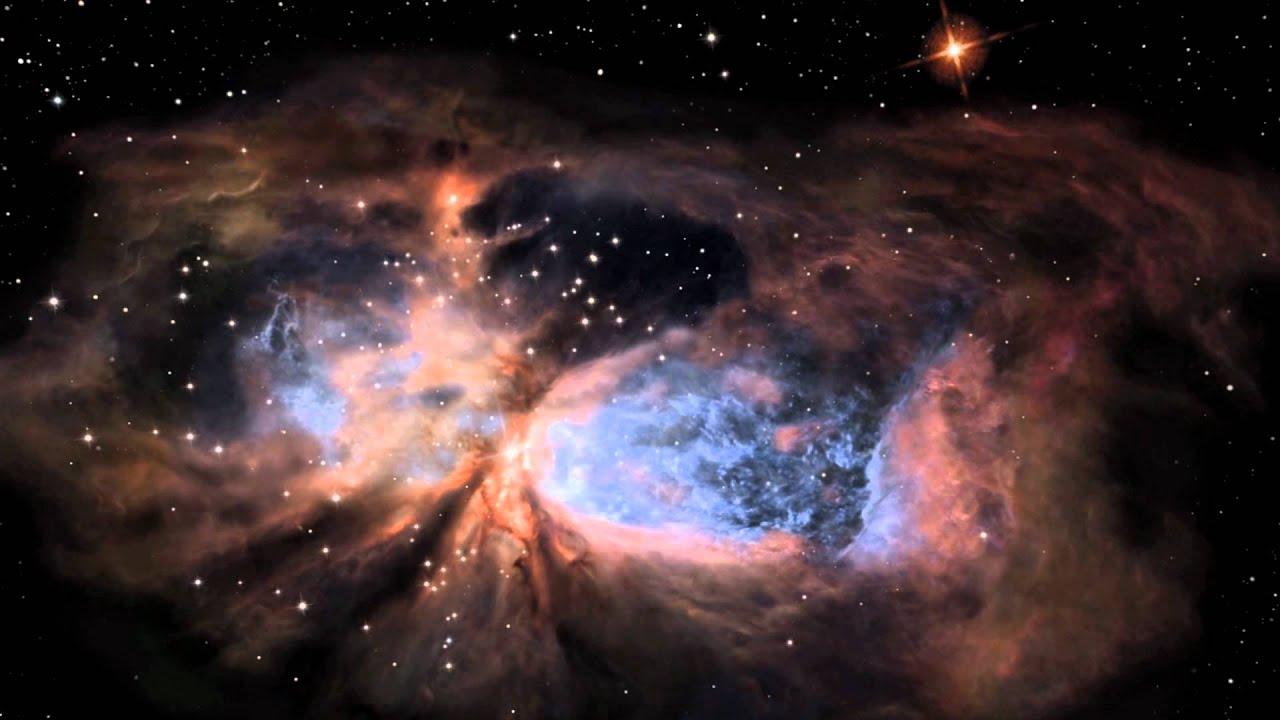 In the Stelliferous Era, there were many star-making regions throughout the universe. The region pictured here is in the constellation Cygnus. (Image Credit: SpaceRip)

In the Dark Era, the forces that animated the universe for virtually an eternity come to an end. In fact, all that’s left of our formerly grand universe will be a few electrons and positrons floating around in a dark, cold vastness at a scale we can hardly imagine.

And that’s it. From a bustling universe full of creation – the star-making machinery of the heavens – to one of no action at all in the course of hundreds of trillions of years. Just like that. Or is it? There are, in fact, other views on the ultimate fate of the universe, and we’ll examine several below.

Heat Death – The End of a Long Strange Trip

In our expanding, accelerating universe, spacetime continues to the total dissipation of all matter. Without chemical interactions (since elements have been ripped apart into their components by this time), the universe will cool into “heat death,” at a temperature approaching absolute zero. That condition is also known as either the Big Freeze or, with a difference in acceleration, the Big Rip. In both scenarios, the universe goes on till it hits the point of maximum dispersion. The difference with the Big Rip is that it presupposes a rapid expansion, or increase in velocity, that will bring upon heat death sooner.

A Curved Universe – Imagine the Possibilities

Two other theories predict an endpoint for the universe that leaves open a chance the universe survives: the Big Crunch and the Big Bounce. Even though these theories are less likely, they are worth discussion. Let’s imagine that dark matter and dark energy do not succeed in keeping the universe expanding and accelerating. If this were to happen – that is, if the universe stops expanding ever faster – gravity could become more of a player in the far future, eventually pulling the components of the universe back together.

One poet who thought about the fate of things in the far future was Robert Frost, who wrote in 1920, “Some say the world will end in fire,/Some say in ice.” Whichever end awaits the universe – frozen to heat death or explosively renewed – Frost has it covered.

Rather than progression to the (frozen or ripped) point of no return in the fourth and fifth ages of the universe, matter would gradually stop expanding and begin a long, steady collapse back into itself. The endpoint of this process would be the Big Crunch, which has been theorized to be similar to the state of our universe in the time before the Big Bang.

But what if the Big Crunch isn’t an endpoint in itself, but a waypoint in a much bigger game – the game of an infinitely self-replacing universe? Welcome to the Big Bounce! This theory states that, eventually, conditions within the crunchy, ever-shrinking universe will match those of the pre–Big Bang state. And then, say the Big Bounce’s adherents, the (next) universe will explode and expand again, using the exact same elements that formed our (current) universe.

Such a future would mean that many of our current assumptions about the universe are wrong. That the universe is not flat, but round (or at least a loop). And time is cyclical, not arrow straight. And, of course, that dark energy will fail to keep the expansion of the universe accelerating. Again, these theories run counter to the prevalent theories for the universe’s end, but hope springs eternal, and at least they offer the promise of things ending not “with a whimper,” but “with a bang” – a big one.

Theoretical physicist Jim Al-Khalili, host of dozens of fascinating and informative documentaries, sits down for an interview with MagellanTV to discuss his new series on…