In 1959, at the age of 55, Cary Grant took his first dose of LSD-25, the then-legal mind-expanding medication being investigated by researchers with agendas ranging from warfare to the treatment of alcoholism to academic studies on creativity. Grant wanted to address psychological issues in his own life, and he found his experience with LSD-assisted psychotherapy – an estimated 100 trips over four years – to be invaluable. He became an “apostle of LSD,” sharing his experiences through press interviews and personal recommendations.

Cary Grant was in a heap of trouble, and not the kind in which his friend, Alfred Hitchcock, had conjured in the films they made together. Grant’s third marriage, begun in 1949 and falling apart by the mid-’50s, confounded him. He was “in a fog,” as he put it, about how this failure yet again came to pass. He wanted to be a successful and happy husband, but he couldn’t help himself: He had sabotaged yet another relationship with a woman.

Not only was he in conflict with his then-wife, actress Betsy Drake, he was also in conflict with his public persona. The world knew him as the ultimate in smooth, debonair leading men, pursued by glamorous women on movie screens everywhere, often ending his films with the leading lady in his arms. But in real life – the one that he began as Archibald Leach of Bristol, England – he couldn’t keep a marriage together for more than a couple years.

If it had to end at all, Grant wished his relationship with Drake would have come to a more civil farewell. But once again the marriage was filled with enmity and recrimination as the curtain fell, just as in his other experiences of wedded life. He’d done so much to keep this one healthy: Betsy was devoted to self-improvement, and he had been willing to follow her along a variety of paths to enlightenment. Together they had tried transcendental meditation and yoga. They even followed a Native American shaman to the deserts of the Coachella Valley for a ritual that included taking peyote. 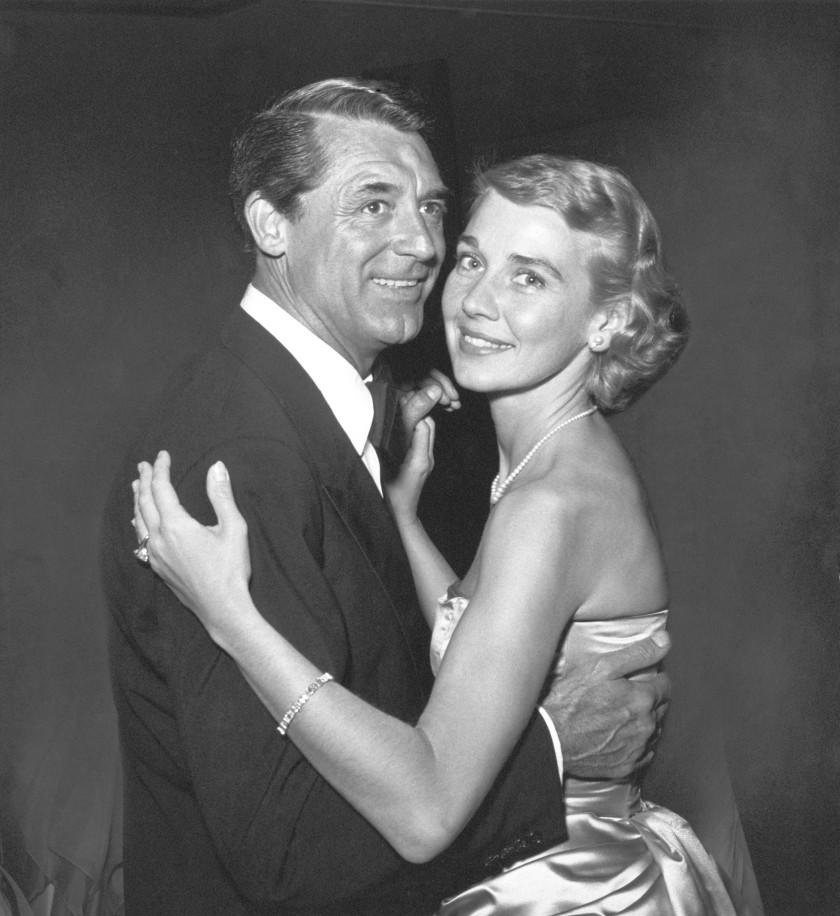 But nothing had worked – nothing until Betsy came home one day in 1958 to tell her husband she’d tried LSD-25 (which would later come to be known by the slang term “acid”). To Grant’s eyes, as he recounted in his private journals, Betsy appeared truly happy, and she encouraged him to try the LSD-assisted psychotherapy she’d begun with Dr. Mortimer Hartman at the Psychiatric Institute of Beverly Hills.

The natural precursor to the synthetic psychoactive drug, LSD, is a fungus. Specifically, it is a type of fungus called ergot that grows primarily on rye. The medieval disease St. Anthony’s Fire, caused by ingesting infected rye, was sometimes mistaken for witchcraft.

By this time, the marriage was beyond repair. (Betsy said later that she credited her LSD experiences with “giving [her] the courage to leave her husband.”) Still, Grant took her suggestion and began his acid therapy in 1959 with two goals: to come to terms with the failure of his marriages, and to resolve childhood trauma.

A quick look at Grant’s personal history might help to explain the lifelong troubles that had brought him to this crossroads. Born in 1904 as Archibald Leach to working-class parents in the British port town of Bristol, and destined to rise to international renown as an actor of sophistication and suave elegance, his early years were anything but. At 11, he was abandoned by his mother, who disappeared from the family home one day while Archie was at school. To make matters worse, his father abandoned him to the care of the boy's emotionally distant grandparents while he established a new family that excluded his first-born son. 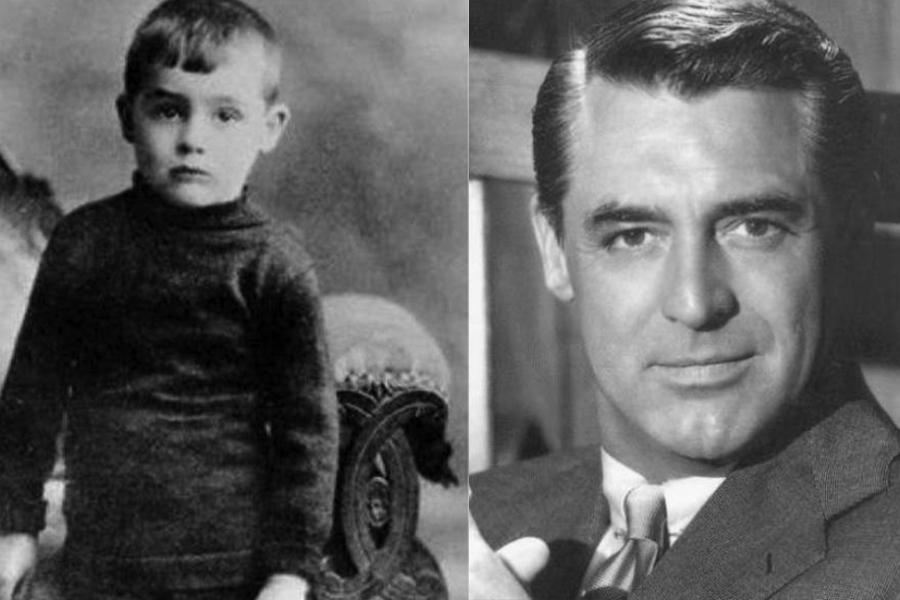 Cary Grant was named Archibald Leach in 1904. By the mid-1920s, he adopted his stage name.

The mystery of his mother’s abrupt disappearance from the home would remain unsolved for another 31 years, but its effects scarred him deeply. He was initially told that his mother had “gone on holiday” to the seashore; not until he was well-established as Cary Grant, Hollywood celebrity, did he learn that his father had sequestered his mother in an asylum, where she stayed until the adult Grant rescued her.

With his home life having evaporated before his eyes at a tender age, Archie Leach made his way into adulthood without a stable foundation for establishing or maintaining enduring relationships. As he stated in his personal writing, revealed in the excellent MagellanTV documentary Becoming Cary Grant, “I was killing my mother through my relationships with other women. I was punishing them for what she had done to me.”

Cary Grant’s well-known instability as a husband, along with his long-term relationship with actor Randolph Scott, with whom he shared two homes for nearly 12 years, has led to rampant speculation that he was secretly gay. Despite appearances, there is negligible evidence to prove this suspicion, and Grant was litigiously active to the end of his life in defense of his heterosexuality.

Grant carried a deep-seated insecurity based on his childhood trauma with him well into middle age, despite portraying dozens of characters who oozed charm and sex appeal, inspiring uncounted daydreams of “love forever after” among his large female following. Grant married a total of five times, and all until the last one were relatively brief, emotionally charged failures of trust and communication. 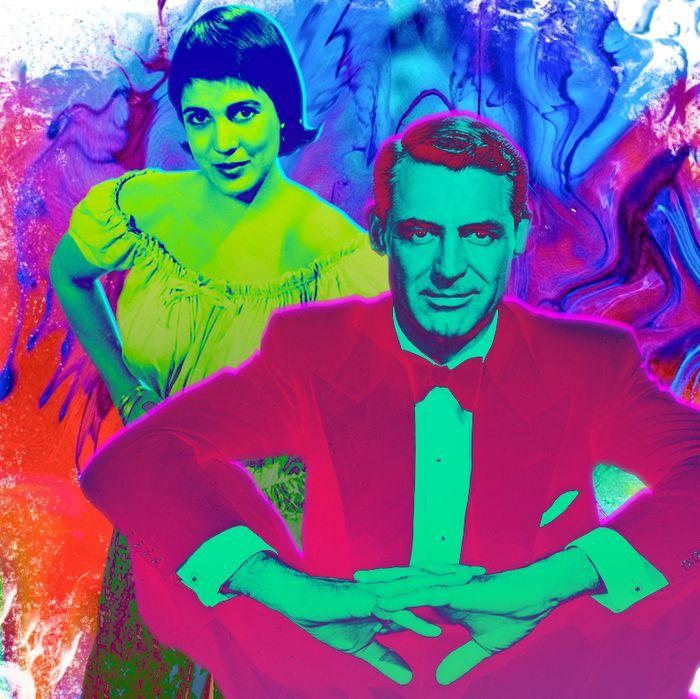 Mortimer Hartman was a medical radiologist who partnered with psychiatrist Arthur Chandler to provide LSD treatment through their Beverly Hills clinic. An LSD veteran of scores of experiences in the company of fellow physicians and analysts, he successfully petitioned its Swiss manufacturer, Sandoz Laboratories, for access to the drug to treat “garden variety neurotics.”

Grant was extremely happy with the results of his explorations of his subconscious, which he described as a “beneficial cleansing.” In his writings, he stated he believed his therapy resolved years of issues around “searching for peace of mind.” Now he could say he was “truly, deeply, and honestly happy.” LSD even helped him reconcile his years of hiding behind the persona of his public image. “The protection of that façade was both an advantage and a disadvantage,” he wrote. An advantage because it brought him enormous success; a disadvantage for how it limited him in his personal relationships.

He also found the strength to resolve his sharply mixed feelings toward his parents. “Use your love to exhaust your hate” was his pre-flower-power guide to inner peace. As he stated in his autobiography, “The result of it all was rebirth.” 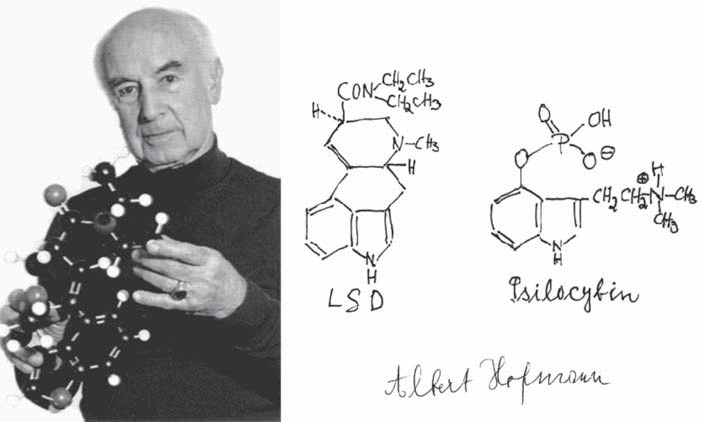 At the peak of his movie star fame, he went on a one-man P.R. campaign promoting LSD as a means of deep awareness. In Look magazine, in 1959, he was interviewed and stated, “At last, I am close to happiness.” One year later, in September 1960, Good Housekeeping magazine (of all places!) virtually gave him its famous “Seal of Approval” when it opined that LSD was one of the secrets of Grant’s “second youth.”

Timothy Leary was a researcher at Harvard in the late 1950s specializing in clinical psychology. He read Grant’s 1960 Good Housekeeping article extolling the LSD experience and was intrigued enough to begin a correspondence with him. And, inspired by Grant’s acid evangelism, he started experimenting with psychedelics the same year.

The Good Housekeeping article was one of the most positive articles about LSD in the mainstream press you’re likely ever to find. The article praised Grant for “courageously permitting himself to be one of the subjects of a psychiatric experiment that eventually may become an important tool in psychotherapy.”

So, did Cary Grant use his LSD experiences to form a “truly, deeply, and honestly happy” relationship with his next wife? Not really. His fourth wife, actress Dyan Cannon, to whom he was married for fewer than three years, accused him of being an “apostle of LSD” who tried to browbeat her into taking the drug. (Not exactly a recipe for a healthy household.) On the other hand, his relationship with her did produce his only child, a daughter named Jennifer. By all accounts he was a loving father who spent as much time with her as the divorce decree allowed.

Grant married once more, in 1981, at the age of 77. Though he died five years later, it was this woman, Barbara Harris, to whom he spoke the truth when he pledged, “till death do us part.” He told friends he had “never been happier.” Perhaps he was finally able to put his LSD insights into use in a genuinely healthy wedded life.

Is There a Future for LSD Investigations?

LSD research – official, science-grounded inquiry – was stymied from the mid-’60s onward, and promising experiments of its treatments for alcoholism and PTSD were banned in the U.S. in 1966. The drug was classified as a Schedule I narcotic, with “no currently accepted medical use and a high potential for abuse.”

Following being made illegal, LSD researchers had to suspend their initiatives immediately, and much scientific work was left uncompleted. Then-Senator Robert F. Kennedy quizzed the FDA on this stymied research: “If [the studies] were worthwhile six months ago, why aren’t they worthwhile now? [LSD] can be very helpful in our society if used properly.”

More than half a century after initial research abruptly ended, research in psychedelics in the U.S. and around the globe is slowly recommencing. In 2017, the U.S. Food and Drug Administration approved a trial targeting PTSD using MDMA (street name: ecstasy). In Switzerland, LSD researchers have completed Phase 2 of a study to test the drug’s ability to reduce anxiety among those with life-threatening illnesses.

With his personal history and his public proselytizing, Cary Grant might have been the face of therapeutic LSD use if acid activists such as Leary, Ken Kesey, Owsley Stanley, and others had not gone overboard in popularizing recreational use . . . and abuse. Uninterrupted and promising research might have continued. The recent, tentative scientific inquiries into the usefulness of LSD as a tool for treating many psychological conditions give hope to the “garden-variety neurotics” like Cary Grant and so many others who seek better mental health.

Hippies, LSD, and ‘Free Everything’: The Wild Phenomenon Called the Summer of Love

The hippies’ Summer of Love was seeded in the early 1960s and blossomed during 1967 – but it withered before year’s end. Here’s the incredible story behind why it flowered, how it…

When the Monterey Pop Fest Launched the Summer of Love

The Monterey Pop Festival, an unprecedented gathering of young people and performers, many of them high on LSD, launched 1967’s Summer of Love, merged music and film, and…

Clint Eastwood gained international stardom in a so-called spaghetti western that brought a new sense of drama to a tired genre. But his last “cowboy movie,” Unforgiven, reveals…

Hallucinogenic drugs such as LSD, DMT, and psilocybin are known for their mind-expanding effects, and they have potential for treating some of the trickiest mental afflictions…