The 5 Top News Stories Leading Up to the U.S. Civil War

Before they became part of history, the causes of the Civil War were news. Here are the top stories that pointed America’s way to that inevitable, bloody conflict.

The question comes up every so often: Who started the Civil War? That’s easy – the Confederate States started the Civil War. If you want to be a stickler about it, South Carolina inaugurated hostilities when its military high command, only recently officers in the U.S. Army, ordered the firing on Fort Sumter, a massive stone redoubt on an island in Charleston harbor, on April 12, 1861.

Although the Who question is easy to answer, whole libraries have been dedicated to What led to that bloody fracture in U.S. history. We can start by noting that chattel slavery was the central issue dodged by the wealthy white men who wrote the U.S. Constitution in 1787. They framed the tripartite government and enumerated the rights of citizens. In doing so, they defined slaves, a majority of the population in many Southern districts, as only three-fifths human.

So from the start, this legal and philosophical contradiction, what Abraham Lincoln would later call “a house divided,” could not last. It took 70 years to fall apart.

In the decade before the bombardment of Fort Sumter it became increasingly clear that differences in the national fabric – in its economy, public opinions, and laws – were becoming irreconcilable. The violence that made the human auction block possible was eventually directed at the federal government itself.

It was a chaotic and complex decade of cascading failures. The major news of the era clarified issues and moved events forward. These developments were not causes so much as historic switching points, one leading to the next, on the way to an unavoidable disaster. If you read newspapers from 1850 to 1860, these would have been the five stories demanding your attention during the run-up to the Civil War.

For more about the Civil War and the events leading up to its outbreak, check out Civil War: The Untold Story.

Before 1850, the abolition of slavery was an issue that stirred the passions of a relatively small community of radical religious reformers and social activists in northern states where slavery had been abolished decades earlier. Their public meetings, newspapers, and books kept the abolitionist movement active without changing a broad public mood of indifference to the plight of enslaved people.

Distant slave states were out-of-sight and so out-of-mind. But in 1850, President Franklin Pierce signed the Fugitive Slave Act requiring local law enforcement in free states to assist in the detention of people fleeing bondage in the South. 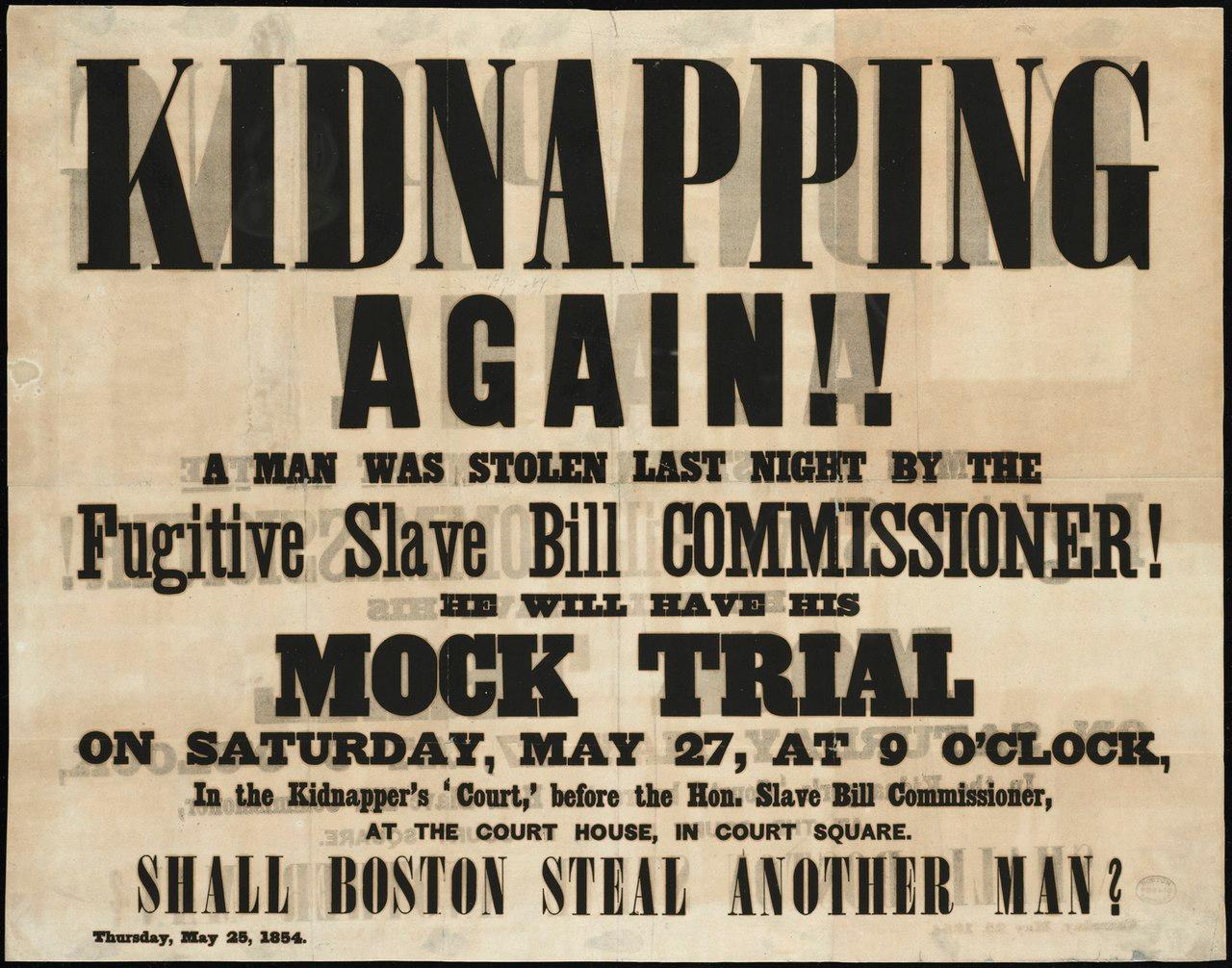 A 1854 poster protesting the capture of a fugitive slave in Boston. (Source: Boston Public Library/Wikicommons)

The act, which effectively required a national enforcement of slavery, not only made a mockery of the concept of states rights – so dear to southern slave drivers in defense of their inhumane system – it gave free reign to the employment of slave catchers in busy northern cities and towns. What was once a distant outrage, the chaining and transport of human beings, was now local news, easily documented by the abolitionist press. More people of conscience began to take a stand. The Underground Railroad network that transported escaped slaves to free states now reached to the border of Canada, where Black people would be free forever.

The plight of escaped slaves was made even more vivid with the 1852 publication of Uncle Tom’s Cabin, a novel by Harriet Beecher Stowe, the daughter of a prominent abolitionist. Not only the best-selling book ever to that point, Stowe’s novel became a theatrical event that was eventually performed in every Northern town of any size for many years after. Public opinion began to move.

A large reason for early Northern indifference to slavery was that the Missouri Compromise of 1820 specifically stated that slavery could not spread into the territories that made up the Louisiana Purchase. The thinking was that slavery, if strictly limited to the South, would eventually wither away, replaced by a more enlightened and efficient system of labor.

The Kansas-Nebraska Act, tossed out that bit of wishful thinking by allowing slavery in the new state of Kansas while it marked Nebraska free. The slave industry now aimed for the prairies and mines of the West. This notion was intolerable for a Northern mercantile system that increasingly valued personal initiative, industrial development, small-hold farms, and an optimistic sense of westward expansion.

We should be aware here that slavery was not merely a gross injustice limited to Southern cotton agriculture. It was an industry, an economic engine similar to railroads, with its own trade publications, conventions, and plans for capital expansion. Slavery advocates made clear their desire to move west, and even further south into land taken by force in Mexico, Central America, and the Caribbean. Everyone knew that if confined to the Southern states, slavery really would fail as cotton fields wore out from overproduction and pests. The Confederacy did not fight just to preserve slavery – the goal was to extend it.

Slavery’s fundamental injustice, once waived away by so-called legislative compromises, now began to deform the nation’s legal system. In 1846, a slave named Dred Scott had undertaken a lawsuit in Missouri arguing that because he had lived with his owner, an Army doctor, for several years in the free state of Illinois and what was then the Wisconsin territory, he was, according to the laws of Illinois and Wisconsin, now a free person. 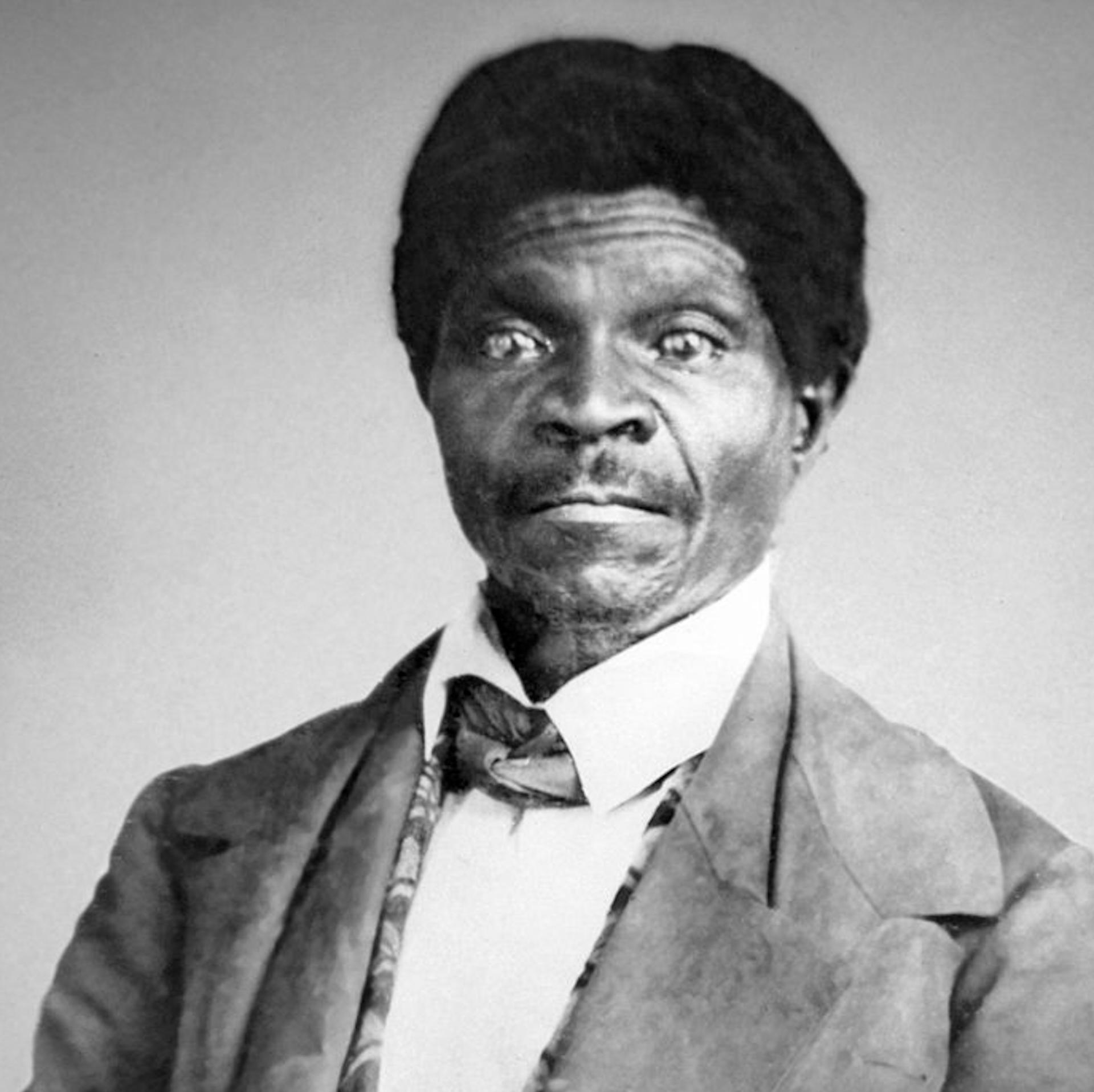 Writing for the 7–2 majority, Chief Justice Roger Taney, the son of Maryland slaveholders, broadly ruled that Scott did not have standing to bring a suit in any court, as people of African descent had not been recognized as citizens by the writers of the Constitution “and can therefore claim none of the rights and privileges which that instrument provides for and secures to citizens of the United States.”

Taney went infamously further and ruled that the Missouri Compromise was unconstitutional. Congress, he said, had no power to limit slavery anywhere in the United States or its territories.

The chief justice intended his appalling decision to settle the subject once and for all. Instead, it enflamed the abolitionist cause, polarized public opinion, and energized the founding of the Republican Party. The latter was a coalition of Midwestern agrarian and Eastern commercial interests that were wholly dedicated to keeping slavery from expanding any further.

A vicious, small-scale version of these raids was already underway at the Kansas/Nebraska border. Bloody clashes between militias of slaveholders and “Free Soilers” were a preview of what was to come. And one of the most notorious of the abolitionist vigilantes was about to bring that violence east.

Though John Brown’s raid on the federal arsenal at Harper’s Ferry, Maryland, was a delusional fiasco, his long-term plan for a guerrilla campaign to free slaves had some tactical merit. Brown aimed to form an army of Whites, free people of color, and escaped slaves that would conduct raids from headquarters deep in the vast, remote, and easily defended, southern Appalachian highlands.

Brown made no secret of this overall plan to a broad network of financial supporters. It was enthusiastically promoted by his friend Douglass, who nevertheless, when told ahead of time about the Harper’s Ferry raid, drew the line at attacking a U.S. government facility. (In danger of arrest after the clash, Douglass departed for Canada, then England, where he lived with supporters and lectured for several months.)

In the weeks before his death by hanging, and in the years to come, Brown became a martyr to the cause of emancipation and a central figure of Southern paranoia. The fear of slave revolts  grew for decades after Nat Turner’s 1831 Virginia uprising. Now it consumed slaveholders. By 1860, the South was simmering with real and imagined threats of violence. This entirely realistic fear grew inevitably from the dehumanizing system it was pledged to maintain, and expand. All it took now was a general election to make it explode.

One of four candidates for U.S. president in 1860, Republican Abraham Lincoln won the office with slightly less than 40 percent of the vote. His name did not appear on any Southern ballots. A corporate railroad lawyer from Illinois, Lincoln hated slavery but believed the Constitution allowed it. During a long rail journey from Illinois to his inauguration, Lincoln gave daily speeches attempting to reassure Southern states of his non-radical agenda. It was no use. In the weeks before Lincoln took office, seven Southern states – South Carolina, Mississippi, Florida, Alabama, Georgia, Louisiana, and Texas – declared themselves independent of the Union.  Virginia, Arkansas, North Carolina, and Tennessee followed after Lincoln’s inauguration. 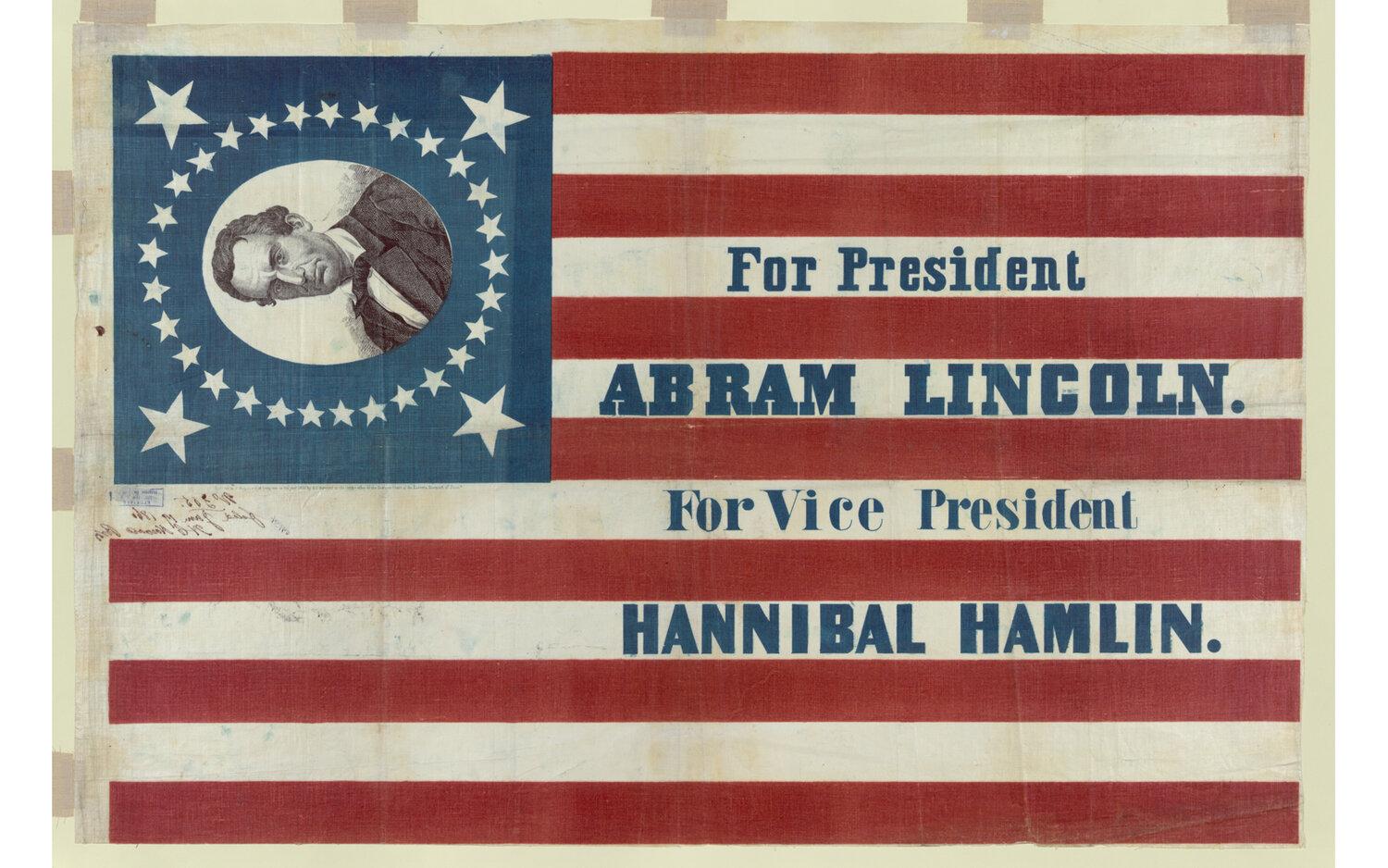 Rebelling states seized federal arsenals, courthouses, and Army forts. Fort Sumter, still under construction in Charleston Harbor, was maintained by a garrison of 85 men who had retreated from nearby Fort Moultrie. An attempt to resupply them by ship in early January, 1861, was rebuffed by cannon fire. President James Buchanan, at a loss for what to do next, did nothing.

Surrounded and undersupplied, the isolated garrison was in urgent need of food and reinforcements when Lincoln took office. The new president rebuffed a proposed treaty offered by the rebellious states and notified South Carolina’s governor on April 6 that an unarmed ship would resupply Sumter.

On April 11, a delegation of Confederate officers was sent to demand the fort’s surrender. Major Robert Anderson refused. The first shots of America’s Civil War were fired from a Confederate battery early the next morning. The federal troops surrendered after a 34-hour bombardment without loss of life on either side. It was a strange, almost polite, beginning to a war that would bring unimaginable death and destruction to a nation that, step by fateful step, was helpless to avoid it.

The day after the fall of Richmond, Abraham Lincoln made an astonishing open-air tour of the captured Rebel capital. At great risk to his life, the visit symbolized the…

Founding Father Alexander Hamilton was opposed to slavery, yet at times of his life he participated in the institution, and even suppressed his personal opinions in order to “form…