World War I – the “Great War” – and the years after were a time of great upheaval in the Middle East. Despite promises made for Arab self-determination, the war’s victors treated the region as spoils of war. This led inevitably to the wide-scale emergence of Arab nationalism. The era rivaled, and in some ways perhaps exceeded, the current period of conflict and turmoil.

During World War I, the Ottoman Empire sided with Germany and Austria-Hungary in their conflict with the allied powers of Britain and France. From its capital Constantinople (present-day Istanbul, Turkey) the Empire controlled a great swath of today’s Middle East, from Armenia in the northeast down to present day Iraq, and from modern-day Lebanon and Syria south through Palestine and the eastern and western coasts of the Arabian Peninsula.

The West’s Pretense of Allying with the Arabs

Britain and France were desperate for the support of Arab fighting forces in the struggle to defeat the Ottomans. The British made a promise of independence for the indigenous Arab population (a promise they reneged on soon after hostilities had ceased). 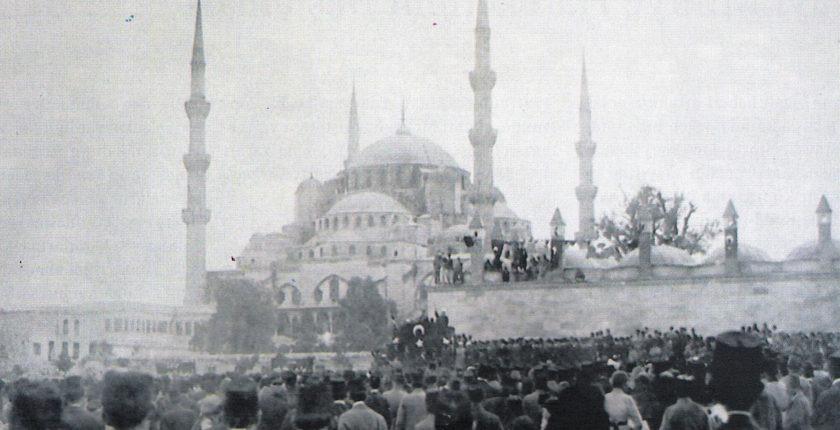 With this hollow promise, Britain gained the support of the Arab population in the fight to defeat the Ottoman Empire, support that was crucial in some notable successes. For example, Arab fighters were instrumental in driving the Ottomans out of the key port of Aqaba in Jordan, surprising the enemy by attacking across the land rather than from the sea.

T.E. Lawrence – a/k/a “Lawrence of Arabia” – played a key role in uniting Arab forces and in planning the attack at Aqaba.

A Secret Plan to Divide and Conquer

When it gradually became apparent that Germany and its allies would be defeated, representatives from France and Britain met in secret to discuss how to divide (as spoils of war) lands that the Ottoman Empire had controlled.

A confidential plan, the Sykes-Picot Agreement, emerged in 1916, a year prior to the end of WWI; the accord was a clear manifestation of the imperialist frame of mind that characterized the thinking of the two diplomats whose names are attached to it. Much more detail on this secret agreement is revealed in a comprehensive documentary on this era, Promises and Betrayal.

The Sykes-Picot plan divided much of the Middle East into zones of direct control and “spheres of influence.” Just one area – the Mediterranean-hugging region that spanned from north of Jerusalem approximately to Alexandria – was deemed an “International Zone.” The rest was split between France and Britain. 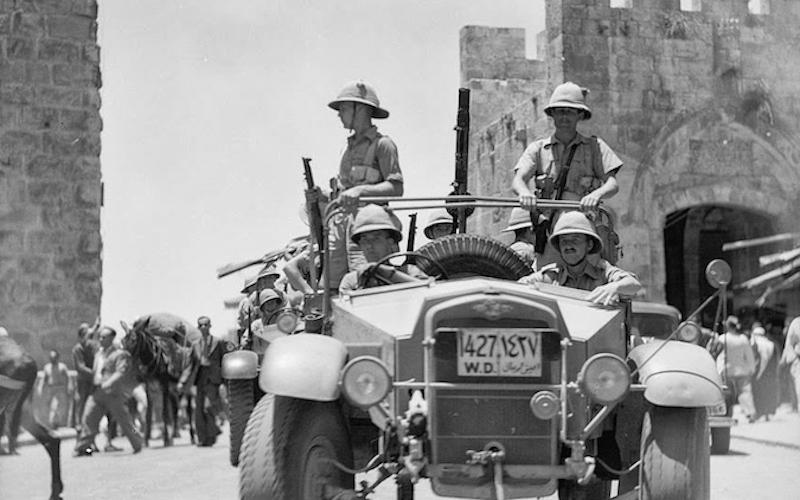 The binding agreement stood in stark contrast to the public positions of the British and French wartime governments, which had emphasized self-determination for the peoples of the Middle East after the war. In fact, as a deliberate strategy to gain support for British military efforts on the southern flank of the Ottoman Empire, the leadership in London made ambiguous and conflicting assurances both to Arab nationalists and to Zionists.

The Principal Allied Powers of the West were never serious about their public statements in support of self-determination and self-rule. They anticipated an expansion of the British and French empires.

However, once the war concluded, the newly formed League of Nations approved a different division of land that gave Britain and France even more control. It created “mandated” areas of governance. In this plan, France maintained control of Syria and Lebanon, and Britain’s mandate included Palestine and a region created from three Ottoman provinces that was renamed Iraq.

It was apparent at the time that this terminology was merely window-dressing for the actual purpose of colonization. The divisions were meant to be permanent, and neither Britain nor France intended to relinquish control of its new colonies.

The Beginnings of Arab Nationalism

Arabs were incensed that Britain and its allies had acted arrogantly, drawing borders and creating “nations” with no discernable regard for the wishes of the native-born (mostly Arab and Muslim) inhabitants of these regions.

Although the British and French apparently didn’t expect it at the time, it is not surprising in retrospect that resistance rose quickly and broadly from the inhabitants of these new centers of colonialism. After all, during the war some of them had tasted the liberation of fighting successfully against the Ottomans.

The Ottomans’ fall left a power vacuum in the Middle East that Britain and France were unable to fill successfully. The region was unstable in profound ways that led directly – along with resistance to colonization – to the rise of Arab nationalism and the first stirrings of the Islamic movement. The rise of nationalism in this region following WWI is explored in the remarkable documentary series, Impossible Peace: The Time Between World Wars.

There were many reasons for the end of the Ottoman Empire’s 400-year rule of the Arab lands, including massive corruption and inattention. The war, however, dealt the Empire its coup de grâce.

The rise of Arab nationalism and its struggle against Western domination led inevitably to deep-seated tensions and armed conflicts that in some cases have stretched all the way from the end of WWI to the present day. Some that arose shortly after World War I included the Egyptian Revolution of 1919, the Turkish War of Independence, the Iraqi revolt against the British, the Franco-Syrian War, and the still-festering Iraqi-Kurdish conflict.

The Iraqi revolt against the British, which began in 1920, was an early expression of Arab resentment against the actions of the British following the war – and a harbinger of subsequent resistance in other regions under British control. The revolt was widespread and largely successful, affecting cities as well as rural areas. After hostilities ceased, in 1921, Britain stepped back from overt rule – the newly empowered Iraqis gained control of governance and inspired their neighbors’ aspirations for self-determination.

The relative independence of Iraq, Egypt, and Syria encouraged Arab nationalists to move more broadly, and internationally, against colonial rule.

The Fracturing of the Middle East

The anti-colonialist movements in Arab states did not always succeed, however, and Western occupying powers were often able to stymie calls for pan-Arab unity. The rapid pace of change helped keep the Middle East fractured after this period, with Britain and the United States responsible for many of the interventions, both overt and clandestine, that have occurred between then and now.

But it was this relatively brief era, from the mid-1910s to the early 1930s, that offers a capsule view of all the local and regional conflicts that have become typical of the Middle East today.

Fewer than 20 years after this crucial post-war period, in the aftermath of yet another world war, the imperial designs codified in the Sykes-Picot and League of Nations agreements lay in tatters. It should have come as no surprise that the apparently intractable conflicts among many Islamic countries in the region – and especially between Palestinian nationalists and Israel – were unleashed.

Much more can be said about the abrupt change in leadership in the Middle East from the Ottoman Empire to Western colonial rule, from pan-Arab agitation and resistance to seemingly endless conflict – not to mention the profound effects of large-scale oil production in the ensuing decades. The region continues to roil with conflicts that got their start a century ago.

Accounts of drunkenness abound in the Bible, which rewards moderate use of alcohol for social purposes but strongly condemns the overuse and misuse of alcohol. Lot and Noah both…