Invasive species threaten diversity, killing indigenous animals and plants. They also impact the survivability and economic viability of ecosystems around the world.

Think back to a time when you were in school. Perhaps you had a run-in with the local bully – an antisocial character whose sole purpose in life seemed to be to annoy others, to stir up trouble, to leave a trail of destruction in their wake. Now imagine that same bully as an invasive species – a non-native animal or plant that is introduced into an ecosystem where it has no natural predators, no counterbalance.

Invasive species have become a global problem. From the early 17th century up to today, they create enormous ecological problems that are difficult to address. Here are four examples of those pesky, destructive, and very much unwelcome species.

For a prime example of an invasive species wreaking environmental havoc, check out the MagellanTV documentary Exotic Invaders.

Rabbit Season Down Under 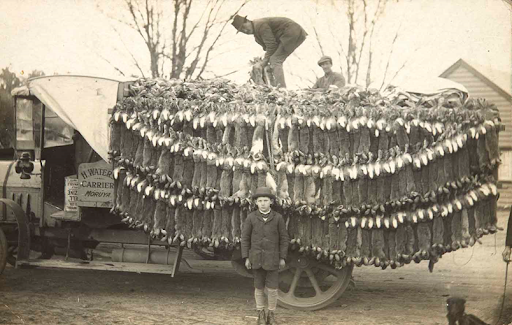 An afternoon’s “sport” near Thomas Austin’s Barwoon Park Estate in the mid-1920s.

In 1859, Thomas Austin, a wealthy landowner living in Australia, found himself bored. In a bid to amuse himself, he decided to ask family back home in the U.K. to send him some rabbits. He thought hunting them would be “jolly good sport.” In 1859, 13 European wild rabbits (or Oryctolagus Cuniculus) were delivered to him and introduced into Australia so they could be hunted for recreation. Mr. Austin soon found his boredom had abated. By 1866, hunters had bagged 14,000 rabbits on the Barwon Park Estate. With abundant food sources, good ground cover, and a lack of predators, the rabbits spread across the landscape.

Rabbits have a well-earned reputation for rapid reproduction. In a matter of only four years, descendants of a single breeding pair of the frisky critters can potentially number as many as four million! And, guess what? In Australia, they bred pretty much as everyone should have expected.

Australia is home to at least 150 million feral rabbits.

By 1880, rabbits had crossed the Murray River to New South Wales. They reached Queensland by 1886, and traversed the Nullarbor and populated Western Australia before the end of the century.

By the first decade of the 20th century, the rabbits had spread from Austin’s estate at Winchelsea, Barwon Park, Victoria, to nearly every corner of the entire continent, leaving a path of devastation in their wake. As early as 1901, Australia was so concerned that the government erected a rabbit-proof fence more than 1700 kilometers (1056 miles) long to control their spread. The proliferation of rabbits was the fastest on record of an introduced mammal anywhere in the world. Today, Australia is home to at least 150 million feral rabbits, which continue to have a huge impact on its environment. By way of context, the spread of rabbits in the U.K. took roughly 700 years, while the colonization of two-thirds of Australia, an area 25 times the size of Great Britain itself, took only 50 years.

Sunday In The Park With Starlings 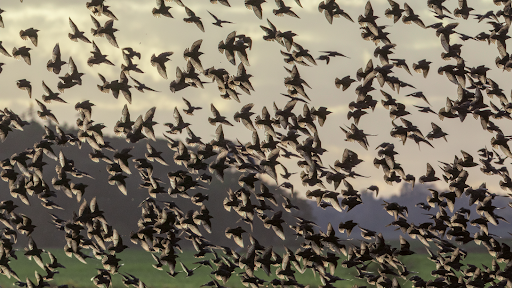 A murmuration of starlings can darken the skies above.

The Australian rabbit fiasco is far from the only instance where a non-native species was introduced with catastrophic results. Enter the starling (aka Sturnus vulgaris).

In 1890, Eugene Schieffelin, a phar­macist, released 80 European starlings into Central Park in New York City, the first known introduction of starlings into North America. The birds survived the winter, and another 60 joined them in 1891 as part of a misguided effort to establish populations of all the birds mentioned in Shakespeare’s plays.

Before long, starlings made it to the Midwest, and, by the 1940s, they had been seen in nearly every state of the U.S. and province of Canada. These birds are highly adaptable. They can adapt to a wide variety of habitats, nesting sites, and food sources. In the 20th century, the total continental population reached an estimated high of 200 million starlings.

When initially introduced, it was thought that the birds would help farmers by eating insects. To be fair, they did provide that service. But an unexpected problem arose in years when the insect and pest population was naturally lower: The birds were still hungry, and they ate the farmers' fruit and grains.

Damage caused by starlings totals about one billion dollars annually.

The starlings were so aggressive that they even started driving native baby birds out of their nests – in some cases just pushing them out and in others actually eating them! As you can imagine, this began to have a serious impact on native birds and rodents. And, like the demonic creatures in Alfred Hitchcock’s chilling movie The Birds, frenzied flocks of starlings sometimes even attack people.

The ongoing success of starlings in adapting to the North American habitat has been nothing short of amazing. Over the course of approximately 130 years, they have demonstrated an accelerated environmental adaptability that places them at the forefront of evolutionary progress. In 2014, over one million starlings were killed by groups working with the U.S. Department of Agriculture. For comparison, that same year the USDA killed 753 feral cats, 5,321 white-tailed deer, 61,702 coyotes, and 16,500 double-crested cormorants.

In other words, starlings are likely here to stay. 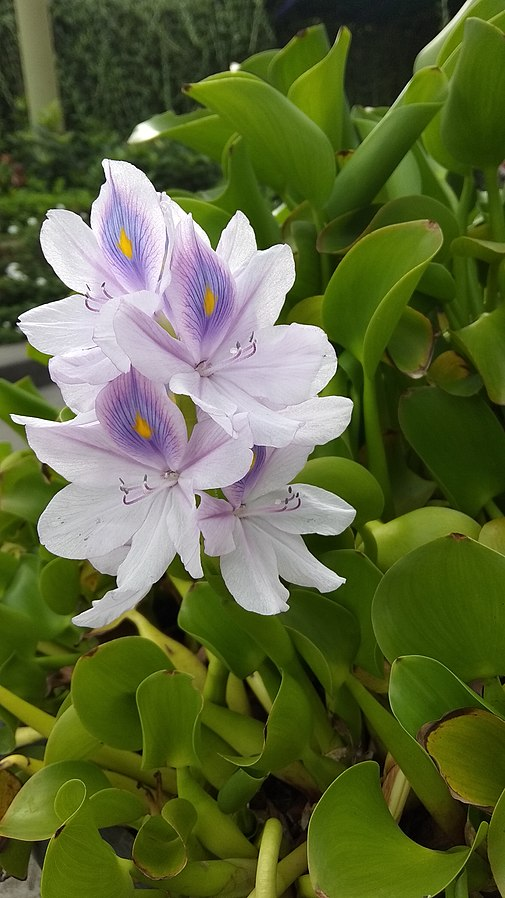 Invasive species are not limited to the animal kingdom. A successful example of an invader from the plant kingdom is the water hyacinth (Eichhornia crassipes). Nicknamed “Terror of Bengal,” it grows at an alarming rate and spreads on the surface of water bodies, causing the death of fish and other aquatic plants and organisms.

This problematic plant can be found on every continent on Earth except Antarctica. Worst of all, there is no denying that it is a beautiful plant. Lush green leaves with large fragrant purple flowers, it really is quite spectacular.

However, it can also choke waterways to the point where they are literally impenetrable to both humans and animals alike. It can grow so dense that light cannot penetrate its growth, which means no photosynthesis for other plants. This then leads to decomposition among aquatic plant life and kills off many of the fish, because they can no longer find food on which to feed.

A single water hyacinth plant can transform into 500,000 plants in under six months.

The University of Florida has labeled the water hyacinth as the state’s worst floating weed. It is a pesky plant everywhere it is found. Even worse, it is highly adaptable and can grow practically anywhere.

Originally thought to be from the Amazon Basin of South America, it seems to have traveled north to the U.S. in 1884 during a large cotton exposition in New Orleans. There, it was given away to merchants from all over the world to take back to their countries. One such attendee was a woman named Mrs. Fuller from Florida. She took several plants back home with her and placed them in her garden pond. After seeing that they grew so well and looked so lovely, she started giving them out to friends and neighbors and even took some over the St. Johns River and decided to spruce things up along its rather drab banks.

Other locals spread the plants along the river and its tributaries until, within a decade, the entirety of the river was choked by the plants. By 1950, Florida had over 126,000 acres of its waterways covered by water hyacinth. It reproduces so quickly, in fact, that a single plant can transform into 500,000 plants in under six months. That amount is enough to entirely cover more than an acre of water.  Eradicating it has proved to be an ongoing and difficult challenge. 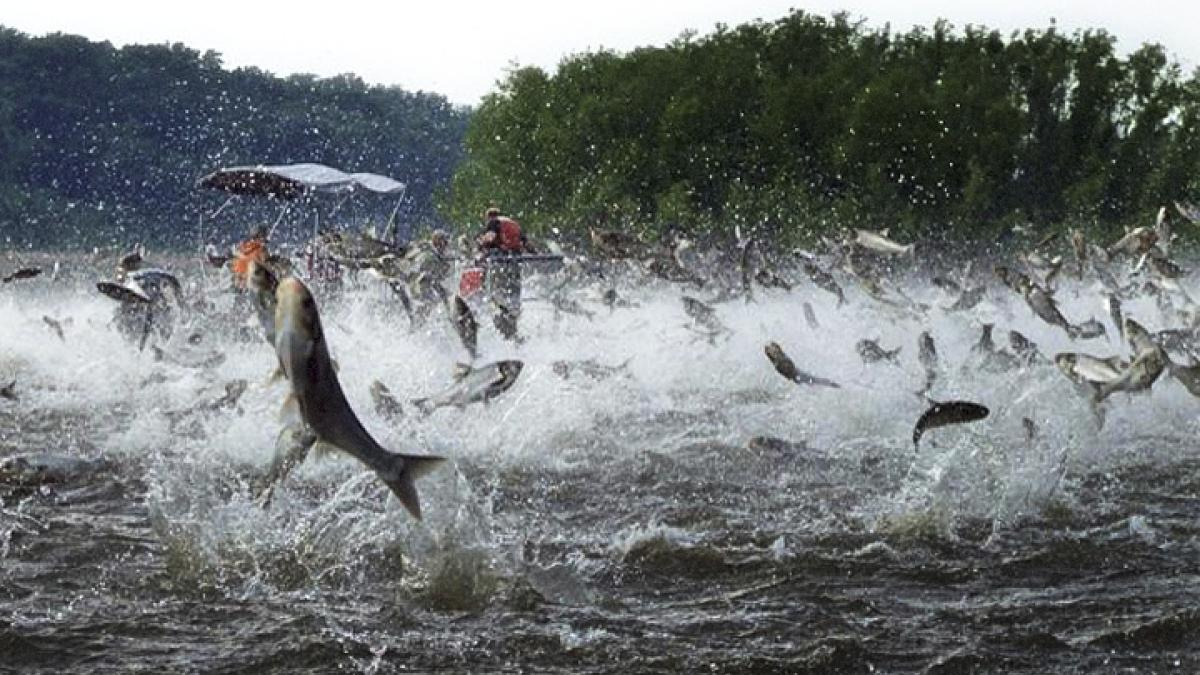 A type of invasive carp (Cyprinus carpio) originally imported from throughout Eurasia as an ornamental fish has proved to be anything but decorative. These fish have become an especially big nuisance in the Great Lakes area of North America, where they threaten a multi-billion dollar water recreation industry. Although officially classified as omnivores – they eat everything including aquatic plants, seeds, insects, crustaceans, mollusks and fish eggs – in practice they are bottom feeders and stir up the silt along the bottom of lakes and stream beds while in search of food. This has the effect of making the water murky, which prevents aquatic plant life from conducting photosynthesis. The result is that the plants die, and then the native fish and other organisms die, too, as they have nothing to eat.

In their native European and Asian habitats, carp are regularly eaten by humans. In Eastern Europe, carp even have several strong connections to holiday and religious feasts. However, the fish isn't found in North America. Instead, North Americans have shown a marked preference for filet fish as opposed to the carp, which has small “y”-shaped intramuscular bones. This tends to make them more appropriate for cooking whole instead of fileting.

When carp are eaten by birds, some of their eggs pass through the birds’ digestive system into new spawning waters.

In the Great Lakes region there are no native fish species large enough to keep adult carp in check. While white pelicans and eagles have been observed feeding on juvenile carp, it is not happening in sufficient numbers. Therefore, these prolific and ubiquitous fish continue to impact water quality, river bank damage, and may also be contributing to an increase of algae blooms.

In 2020, a study was conducted by the Danube Institute to find out just how far Cyprinus carpio can adapt. It seems that several species of waterfowl exhibit strong appetites for dining on carps’ eggs, which the fish can produce literally by the thousands in a single spawning event. When the fish are eaten by the birds, the study showed that at least some of those eggs survive the birds’ digestive tracts. The eggs are then deposited via feces into new spawning waters, providing another avenue for the carp to disperse in the wild.

How Should We Solve the Problem of Invasive Species?

Considering the destruction that many invasive species cause, you’d think there would be a consensus about what to do with these new neighborhood bullies. But, believe it or not, there isn’t. In fact, some in the conservation community believe the intentional destruction of large numbers of species is inimical to their principles and their cause.

But what about the native species that suffer, die, and in some cases face extinction? Not acting to contain, and even roll back, the spread of invasive species would have predictably resulted in the disappearance of certain species and yet another blow to global biodiversity. Standing back and just watching it happen in real time would be yet another abdication of human responsibility for stewarding life on our home planet.

Shawn Eisner is a Southern California native with a love of history, the arts, the natural world, philosophy, education, and volunteerism. A graduate of Pepperdine University, he has worked with and managed a variety of businesses and charitable groups. 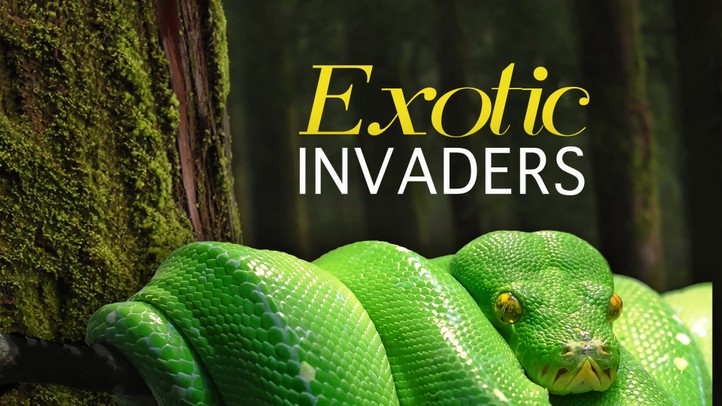 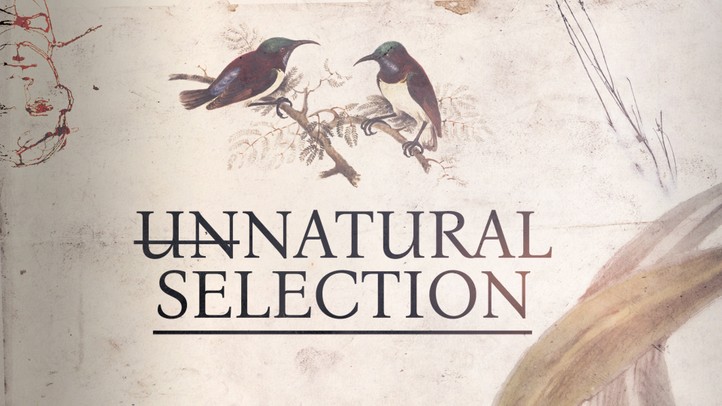 The story of life on Earth is one of triumph, but also loss. Going back in time we can examine five mass extinction...

The green cities movement can benefit cities’ economies, citizens’ health, and the world’s climate. Here’s an...