Whether you’re convinced by them or not, arguments for the existence of God have been around in one form or another for millennia. They challenge and frustrate, confirm, and satisfy. They will likely always be with us, as human beings have always yearned to know. Here are some of these arguments’ greatest hits.

In the 1996 French film Ridicule, a cleric dazzles the court of Louis XVI with a virtuoso proof of God’s existence. “It’s nothing,” he says with mock humility in response to delighted applause. “I can prove the reverse if it pleases your Majesty.” It did not.

Of course, you and I know the content of the green cheese argument is no good, which is why it’s unsound. Moreover, it’s rather unlikely anyone would be convinced, exclusively on the merits of logical correctness, that the Moon is made of green cheese. Nevertheless, whenever we reason, we use some sort of logical framework.

While the type of reasoning represented by the examples above are what the academic tradition means by “logic,” the term also includes experiential, or inductive reasoning. For example, you can reason by analogy from the experiences of biting into various Granny Smith apples over the years that the next Granny Smith apple you eat will be about as tart as the others.

Whether “good” or “bad,” arguments are how we arrive at, or clarify, our beliefs. It’s worth remembering, then, that if we are genuinely interested in justified beliefs, rather than ones that just “feel” right or that we’ve always had, then we should be interested in arguing well. Indeed, when confronted by someone who does not share a belief, we’re thrust into a process of justification.

If for no other reason, then, solid argumentation skills, combined with at least a modicum of intellectual humility, are quite useful. After all, we want more than the merely dazzling argumentation skills exhibited by the cleric in Ridicule or the rhetorical flourishes of a spellbinding orator. We walk away from such people feeling rather let down. No, we want arguments that persuade and transform us in some profound way.

Watch Science vs. God on MagellanTV.

Thinking doesn’t get much more profound than when considering the existence or absence of God. Perhaps no other type of argument can have a greater impact on our lives. Belief in divinity, like non-belief, affects every facet of how we experience the world. Consider a universe devoid of a creator and sustainer. Such a universe is utterly indifferent to the human condition (Yay! Nobody’s the boss of me!). On the other hand, a universe purposefully brought into existence with us humans in mind (Yay! I’m important!) would seem to have our humanity squarely in view.

Which universe do we want to be true? Each comes with benefits and drawbacks. Consider, for example, 20th century French existentialist Jean-Paul Sartre’s view that atheism means there is no human essence. In other words, since there’s no God, your existence as a “human being” is not predicated upon a divinity in whose image you are made. So, you are radically free and you, and you alone, are entirely responsible for what you do. As the saying goes, with great freedom comes great responsibility. That’s a heavy load to carry, so it’s a bummer not to have God to help out.

A theist, on the other hand, must grapple with the problem of evil. There are multiple examples of arguments involving unnecessary suffering, likely originating with the ancient Greek philosopher Epicurus, that run something like this: If an omniscient, omnipotent, and omnibenevolent God exists, then evil does not exist. But evil does exist. So, there is no omniscient, omnipotent, and omnibenevolent God.

God arguments, at least in the Middle Eastern and Western traditions (specifically the Abrahamic religions – Judaism, Christianity, and Islam) fall into several types. Creation stories from around the world tend to share certain features we find leveraged in these types of argumentation, so in some important ways, we might think of them as applicable wherever one is on Earth.

Indeed, here we are on our home planet in a single galaxy among billions in an infinitely large universe. Given that we seek explanations for pretty much everything, it’s not surprising that we want one for the fact that we’re here, and that we didn’t create our own existence. More specifically, that reason is some sort of cause. Consider this: you ask yourself, “What made me?” You answer, “My parents. But what made them? Their parents, etc., etc.” In other words, we seek the causes of existing states of affairs in terms of some prior state. This can’t go on, ad infinitum, right? On this line of reasoning, not only do we think there has to be a first cause, but also that this first cause must have always existed. Let’s dig a little deeper into this idea.

Like many philosophical terms, “cosmological” comes from the Greek. Kosmos means ‘world order,’ and, in this context, logos means ‘account’ or ‘reason.’ A cosmological argument is about the origins of the universe, or cosmos.

Without a first (uncaused) cause, the reasoning goes, every subsequent cause disappears. If so, nothing would exist. Since it’s impossible for something to come from nothing, there must be something that brings everything about but is not itself brought into being. This we call “God.” 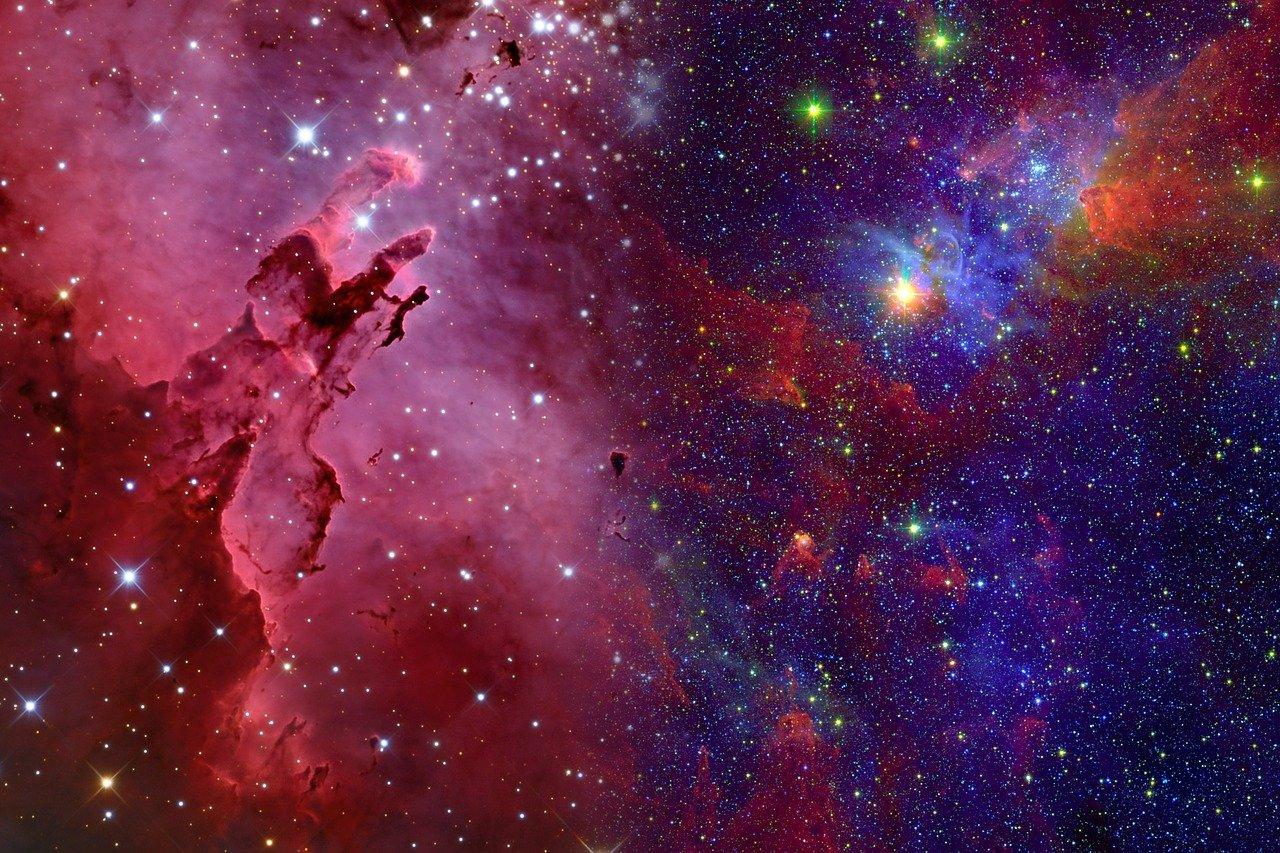 This type of argument goes back as far as Plato and has been espoused by many renowned thinkers in the Western and Middle Eastern traditions. Cosmological arguments derive their force from our ordinary ways of thinking about what exists. More specifically, we aren’t comfortable with the idea of uncaused or unexplained events, let alone an infinite regress of them. In other words, we tend to find the idea of an unending series of causes and effects to be rationally unsatisfying.

“Not so fast, Speedy McArguer!” you might object. “Why should I infer a divine cause from the fact that the universe exists?” Why not say just that the universe is a brute fact – it just is – so there is no explanation or cause required. If so, we don’t need the sort of omni-divinity found in the Abrahamic traditions to explain its existence. We’re just here; there’s no greater mystery to be solved.

Another version of the argument concludes that God is the best explanation for our complex universe. The fact that our world, for example, appears to be perfectly calibrated for things to exist means there must be some divine intelligence at work.

Eighteenth-century thinker William Paley offers a classic formulation of the design argument. Suppose you’re out on a walk on the heath when you come across a watch. Given that it appears to have been made for some purpose (a telos), you infer a watchmaker. Similarly, the universe itself looks to have been made for some purpose:  “Every manifestation of design, which existed in the watch, exists in the words of nature,” Paley writes. The difference between the watch and the universe is one of scale. So, the universe’s designer must be vastly more intelligent than watchmakers.

“Teleological” is another Greek term. Telos means ‘end,’ either in terms of a function or an ultimate goal. A teleological argument is about the universe’s purpose.

“Hang on, Captain Comparison!” you might exclaim. “There aren’t sufficient similarities between human-made objects and natural objects.” If that’s your response, you’re on to an objection made famous by the Scottish philosopher, David Hume. Instead of thinking of the universe as a machine, we should think of the universe as a living thing whose internal systems sustain the whole over the course of that life. Unlike a watch, no intelligent designer is required for the regulation and consistent functioning of natural systems. Indeed, if human intelligence is any indication, mucking about with natural systems often leads to dysfunction and breakdown, not order and sustainability.

One of the trickier God arguments to grasp proceeds by way of logical analysis. It’s “trickier” because it’s the most abstract of the bunch, and abstractions tend to be more difficult to think about than the stuff we can perceive through sensation.

“Ontological” comes from the Greek (again!). Ontos means ‘being.’ An ontological argument is about the nature of God's existence.

Think about it this way: Since what exists only in the mind is not as real as that which is mind-independent, if God exists only in the understanding, then there has to be something greater than God – anything that is not a mental entity would be, by definition, more real than God. But this is impossible, since it is contradictory to conceive of a being greater than the greatest possible being. 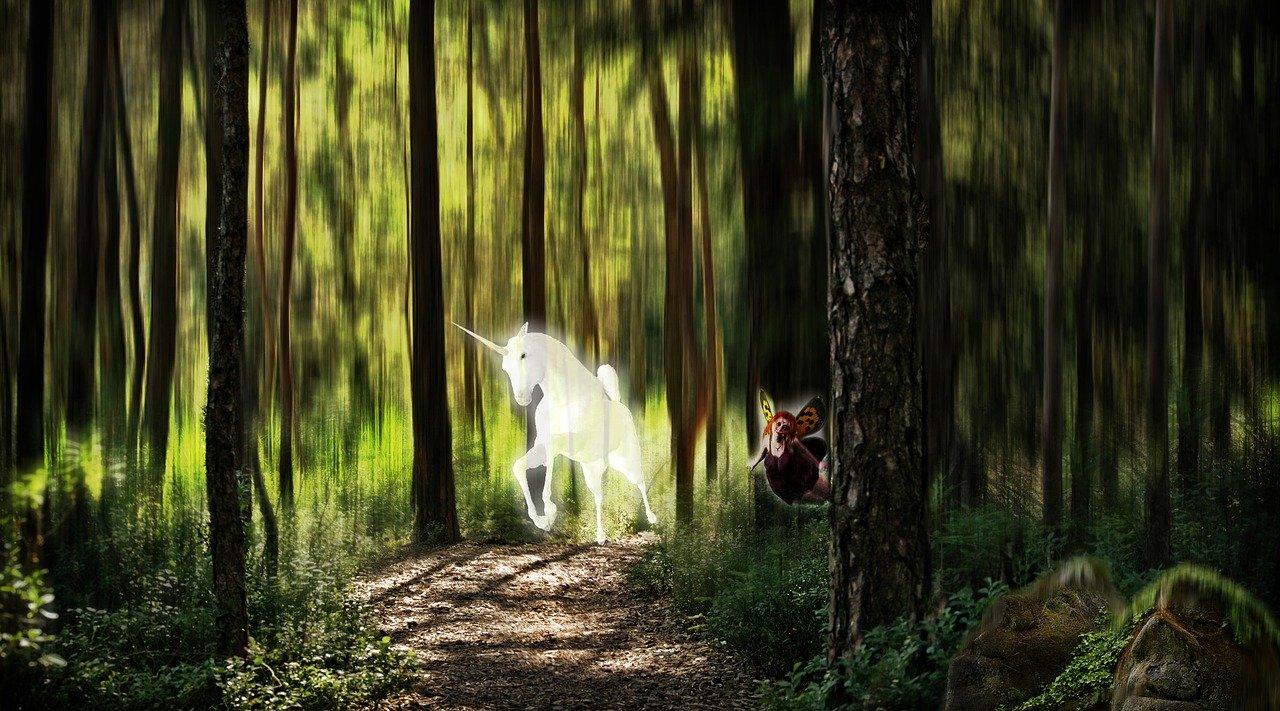 Speaking of concepts, we could object that saying something exists does not expand or add to our concept of that thing. Consider, for example, someone who has died. That individual no longer exists independently of our conception of them. But this situation does not change the content of the concept. When I contemplate my long-dead father, all the attributes that go along with “Dad” are no less real than they were when he was alive. Hence, to assert existence as a predicate (“Dad exists”) does not alter the concept itself.

Some are predisposed to disbelief, and so find God arguments unconvincing, while others conclude the arguments themselves are flawed. One reason to think the arguments fail is that those who mount them do not seek the truth, but instead seek to establish what they already believe. Whether one is a believer or not, it is worthwhile to approach the arguments – including the counterarguments! – with a charitable mind.

So, for example, if you find the ontological argument persuasive, you must be willing not only to analyze the logical structure of the argument and the concepts it contains, but also to come to grips with the argument’s implications, which include the problem of evil. Similarly, if you are prone to disbelieve any God argument trotted out, out of fairness, you should accept the premises and see how the argument proceeds.

Of course, a good argument resists the sort of criticism that would demolish it. It’s not enough to dismiss a compelling argument out of hand, or to distort it, which makes it easier to reject than would be the case were one to sympathetically engage with it. But an open mind and a fair analysis can lead to surprising points of agreement – even if logic can’t always bridge the chasm between believers and non-believers.

The myth of Santa Claus began with a real-life monk named St. Nicholas, and evolved through the poetry and lore of Dutch immigrants, political propaganda during the American Civil…