[Editor’s Note: This article was originally published in April 2019.]

Mary Queen of Scots (born Mary Stuart) was among the most controversial monarchal figures in European history. From Queen to disgrace, Mary had seats both on the throne and in prison. A powerful symbol in the conflict between Protestants and Catholics, she was a threat to more than one kingdom. She lived a short but turbulent life until she was beheaded for treason. But what path led her to that end, and why did she have to die?

Mary Queen of Scots was 45 when she died.

She was betrayed by her country. She wasn’t adored. And, in the end, she was extinguished.

She did attempt to kill a queen, after all. What was she to expect?

It wasn’t just her treasonous plot to assassinate Britain’s legendary Queen Elizabeth I that put Mary Queen of Scots on the wrong end of justice. Mary had just arrived in the world when her father, King James V, unexpectedly died and she assumed the Scottish throne at the rather underprepared age of only six days. And that was just the first of the tragedies she endured. 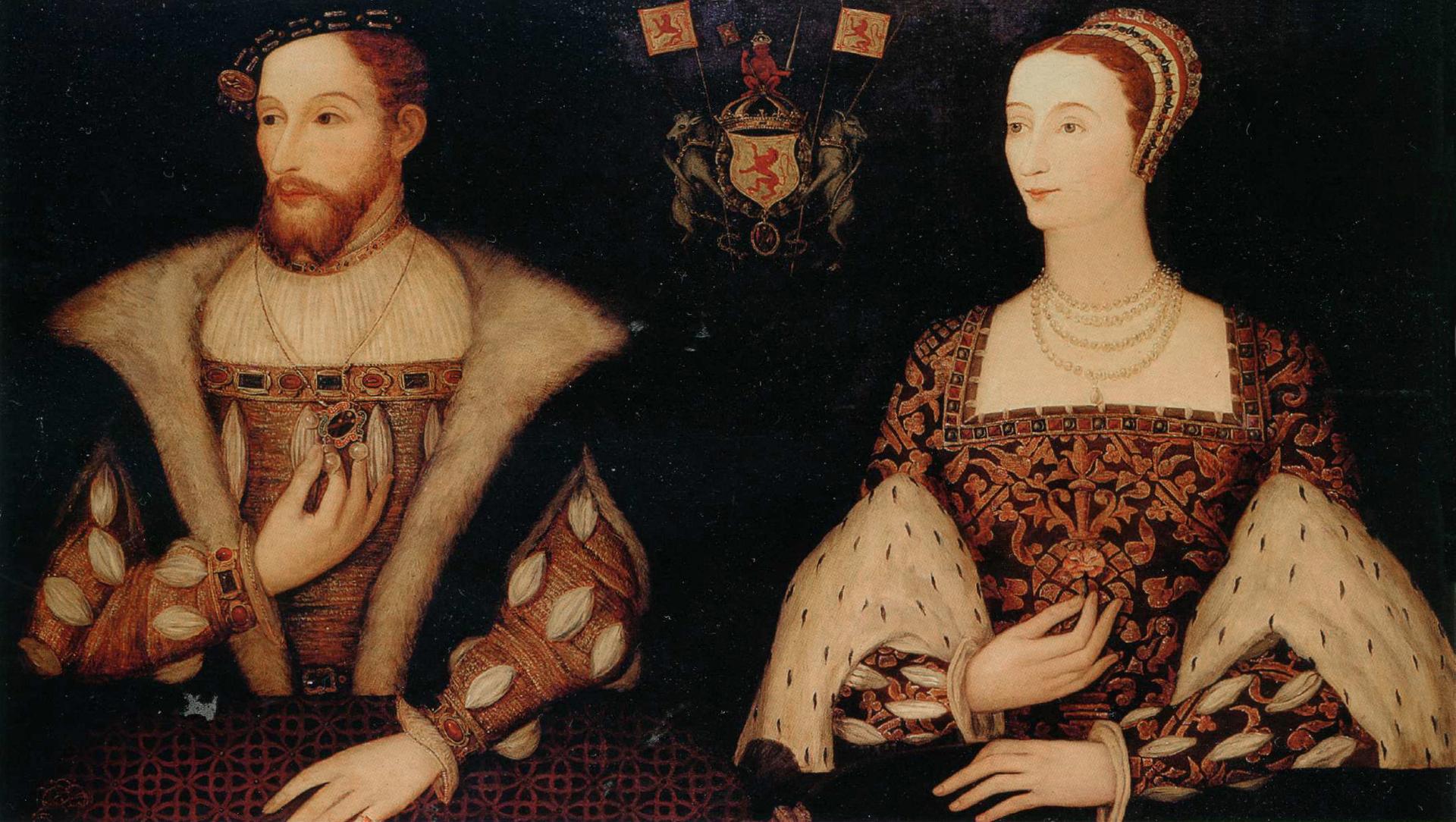 Mary was shrouded in death her whole life. She was first married in 1558, at the Cathedral of Notre Dame in Paris. She was only 15 but had already lived at the French court for a decade. The young bride’s husband Francis was the French Dauphin (or eldest son of the King). When Francis's father, Henry II, passed away in 1559, Mary became Queen of France. She didn’t have much time in the throne, though, as King Francis died within the year. Grief-stricken Mary had lost her husband and her royal title – and her home in France. 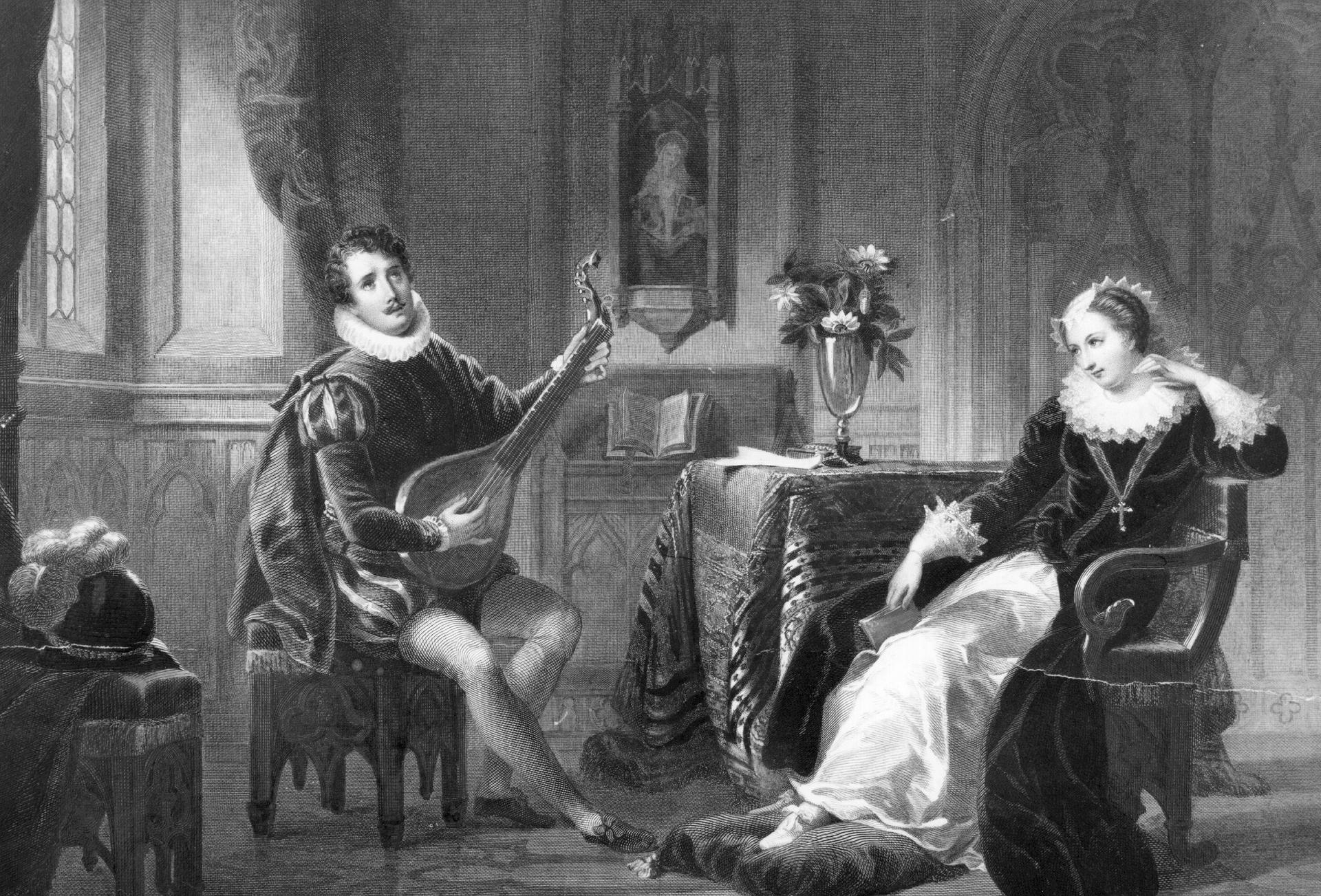 Mary, now a very young widow, returned to Scotland – but it wasn’t the homecoming she expected. You see, Mary was Catholic, and by the time she arrived back in Scotland, it had “reformed” into a Protestant country. So, she did what any other newly-single queen would have done: She held her ground and found a new husband. In 1565, she married Henry, Lord Darnley, but their marriage wasn’t exactly built to last: He wanted the crown, and she wasn’t about to give it to him.

Scotland faced many issues in regards to the debate between Catholics and Protestants, and the kingdom was torn in two. The fight between the two religions sent Scotland into a six-year civil war. During this conflict, Mary fled from her home country into exile in England.

She never did agree to make Darnley the Crown Matrimonial (meaning if Mary died, he would be reigning King), but that didn’t matter much anyway. Darnley was mysteriously murdered two years into their marriage. But who would have killed Darnley? Most fingers point at the Earl of Bothwell, whom Mary married after Husband Number Two was, shall we say, removed from the picture.

Crazy, right? But don’t lose your head over it … that’s Mary’s job, and we’re not quite there yet.

Let’s first take a look at why Mary was such a danger to the established order.

Mary Queen of Scots was a devout Catholic – which was pretty risky in a time when Protestantism had planted deep roots on the island of Great Britain. Because of her faith, many viewed her with suspicion. She represented the old ways of the Catholic Church, and those ways no longer worked for much of the population. So, when Mary returned to Scotland, she not only returned as Queen but also as a threat to the Protestant cause – and to the British Crown.

The Protestant Kirk, or Church, of Scotland was established as part of the Scottish Reformation of 1560.

But Mary had allies in England, which her cousin, Queen Elizabeth I, was not particularly thrilled about. You see, Elizabeth had been heir to the English throne by way of her father’s second marriage – her dear old dad, King Henry VIII, had divorced his first wife, Catherine of Aragon, in defiance of the Catholic Church. He then married Elizabeth’s mother, Anne Boleyn (who later lost her own head). And, as long as he was in a defiant mood, Henry thought it would also be a great time to found his own church – the Church of England – and to install himself as its sole leader. 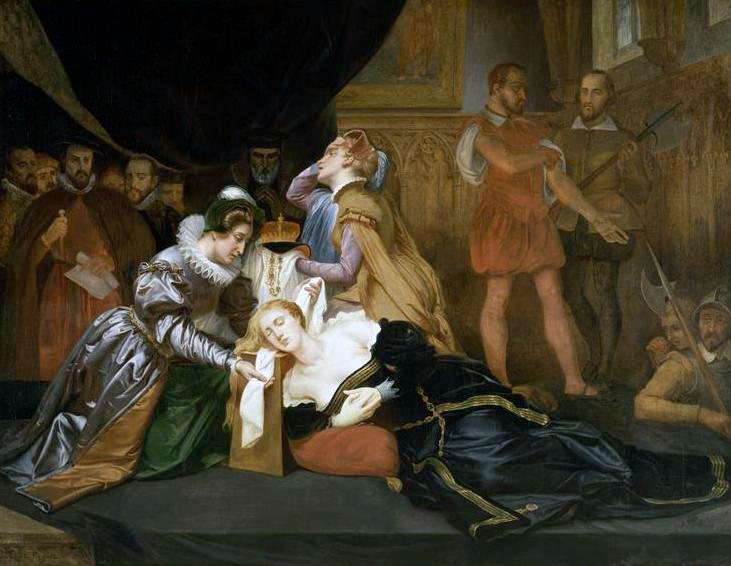 Because the Catholic Church had not cooperated in the annulment of Henry’s marriage to Catherine – and most emphatically rejected Henry’s establishment of a competing Protestant church – it argued that Elizabeth was an illegitimate monarch and that Mary Queen of Scots was the rightful heir to the throne, as she was the granddaughter of Margaret Tudor, Henry VIII’s very Catholic sister. So, the Catholic population of England wanted Mary to move in, thus forcing the Protestant Queen Elizabeth out. After all, the throne supports only one monarch at a time, and, no doubt, Elizabeth didn’t love the idea of Mary stealing her seat.

Treason, the English Queen, and the Death of Mary Queen of Scots

Did Mary’s nefarious new husband, the Earl of Bothwell, kill Husband Number Two, a.k.a. Lord Darnley? And was Mary complicit in the murder? Well, we don’t have a clear answer to those questions. Regardless of proof, however, Mary was imprisoned for the dastardly deed in Scotland’s Lochleven Castle.

But imprisonment wasn’t the whole problem for Mary – she was also forced to relinquish the throne to her son, who instantly became King James VI. Ironically, James, just like his mother, was an infant when he received his regal title.

After being imprisoned for over a year, Mary managed to escape and flee to England, in 1568. Once there, she sought refuge with her less-than-loving cousin, Queen Elizabeth. Unfortunately for Mary, things didn’t go according to plan. And why would they? Elizabeth feared that Mary would conspire to have her eliminated in order to claim the throne, and so she did the only reasonable thing: She had Mary thrown into an English prison and devised a plan to take her out. This was Elizabethan England, after all, and, as we’ve learned from Shakespeare, it was often kill or be killed.

During her time of confinement, several plots to assassinate Queen Elizabeth were exposed – and they all had one motive in common:  to install Mary on the English throne. Mary surely didn’t need the suspicions the plots inevitably provoked, but it was hard for her to control events from a prison cell. Things took a turn for the worse when Sir Anthony Babington, a Catholic nobleman and supposed friend to Mary, appeared on the scene.

The evidence against Mary included several documents, called the "Casket Letters," supposedly written by her hand, but historians differ as to their authenticity.

Babington joined the cause to depose Elizabeth by force, and Mary made the literally fatal mistake of trusting him. When Babington attempted to assassinate the Queen (and failed), Mary was exposed as an accomplice – a revelation that Queen Elizabeth and her spies were able to orchestrate (and perhaps embellish). Was Mary actually an active conspirator, or were the charges against her trumped up?

Regardless of the legitimacy of the charges, Mary’s future certainly wasn’t looking too bright. She now faced trial for conspiracy and treason, and such charges in those days did not bode well for the accused. Her fate was sealed.

Mary was sentenced to death at Fotheringhay Castle in England.

Though she stayed steadfast and true to her faith and her cause, she was extinguished.

It all makes for quite a good story, and who doesn’t love a great rivalry? The power struggle between Queen Elizabeth and Mary Queen of Scots is beautifully presented in the historical series, Queens: The Virgin and the Martyr.