Trees may be humble creations, but they are powerhouses when it comes to usefulness to the Earth and its natural systems. So it is alarming that trees – and the forests they form – are endangered, in Southeast Asia, in the Amazon, and, most troublingly, in Central Africa. The destruction of trees, along with massive areas of undeveloped lands, is causing a climate chain reaction. That destructive process includes advancing global warming, the loss of habitat for flora and fauna, and the rapid despoilment and exploitation of the land and its cover.

Climate change is a complex set of interlocking processes that involve long-term weather patterns and changes in the Earth’s environmental conditions. But let’s get simple here: Trees are good. They protect land from soil erosion, they absorb carbon from the land and sky, they release moisture and oxygen into the air, and they offer cooling cover from the Sun’s relentless rays.

But trees are endangered – actually, it’s more than trees; the entire worldwide forest ecosystem is threatened. These forests are glorious repositories of an amazing diversity of plants and creatures that thrive within a forest and nowhere else.

Once, forests covered much of the dry land on our planet. But now, there are only three mega-forest regions left in the world. The largest, and most threatened, is the Amazon rainforest. The others are in Southeast Asia, including Malaysia and Indonesia; and in several Central African countries, including Uganda and the Republic of Congo. They are all tropical forests.

Deforestation on the Rise

While it’s true that the leading cause of climate change is the increase of greenhouse gases released by human activity into the environment, deforestation in its many forms runs second only to carbon emissions as a harbinger of negative climate outcomes. And the destruction of forests and their habitats continues. Even with government- and U.N.-sponsored “green” initiatives to reduce the pace of destruction, the self-interested actions of people and companies involved in destroying forests continues to rise.

In the rest of the world outside of Africa, the leading causes of deforestation are:

In Africa, by contrast, the number one reason for forest habitat loss is land-clearing by individuals, for several reasons:

Unfortunately, forest land has little natural capacity to host crops. Subsistence farming ends up draining the natural land of all its nutrients, rendering it unfit for further crop development. When this happens, the farmers move on to any remaining undeveloped forest land they can occupy and start the process over. 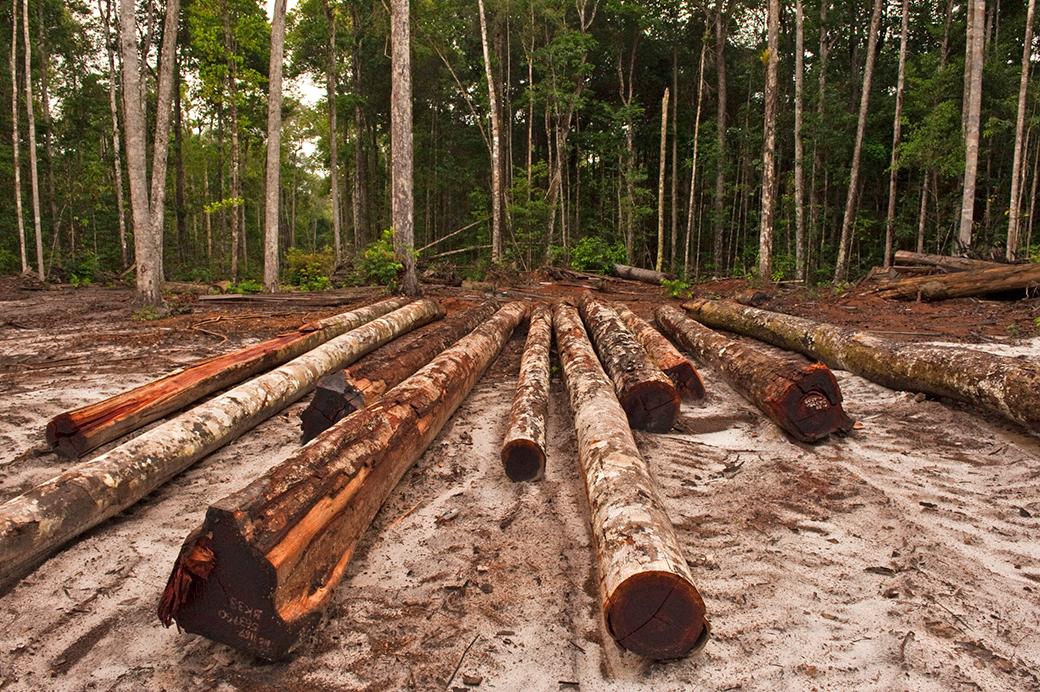 “Rivers in the Sky”: How Forests Serve the Environment

Preserving – or even expanding – our forests worldwide will have a broad array of positive impacts on climate and the environment. One way this works is through the natural “respiration system” of trees.

How do trees breathe? And what do they inhale and exhale? Trees absorb carbon from the surrounding environment as they “inhale” carbon dioxide. What they “exhale” into the atmosphere is a mix of moisture and oxygen. What they release when they are harvested is all the carbon they absorbed over their lives.

This respiration acts like an invisible “river” in the lower atmosphere that carries moisture into the airflow and out to the surrounding region and even further away. Researchers believe that destruction of the natural tropical forests around the world could affect rainfall, and thereby crops and agriculture, very far along the rivers of air currents from where the disruptions occurred. Countries that are “breadbaskets” to the world – including the U.S., India, and China – could be disproportionately affected by such disruption in the forms of drought, soil erosion, and crop failure. 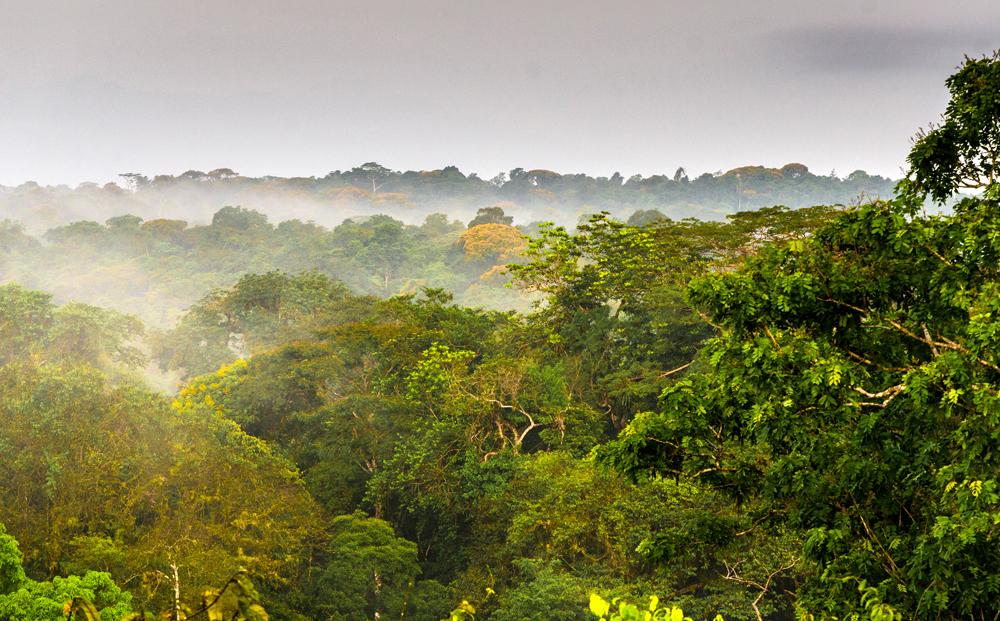 The impact of deforestation on rainfall has not been sufficiently addressed; it adds to the litany of carbon woes that accompany global warming. And deforestation is a destructive practice nearly as impactful as burning fossil fuel. In fact, it creates a double whammy as trees release carbon when felled, and felled trees no longer remove CO2 from the surrounding environment.

Deforestation also leads to the loss of protection from tree cover. The carbon release that results from both tree-harvesting and tree decomposition impacts environmental health and stability. For example, forests serve as watersheds, offering a defense from soil erosion, regulating regional weather, and trapping carbon monoxide in a kind of “carbon sink.”

The Dilemma of “Progress” for Governments and Business

Individuals and villages in Africa cut down forests continuously, but these are primarily on a small scale. With political stability, though, comes foreign investment and development, and the growing pressure on the region to urbanize and become a trading partner with other countries is too enticing for many local governments to resist.

For example, foreign firms are now seeking to profit from the exploitation of the Republic of Congo’s natural resources, which lie disproportionately under the forests’ beds. And so, the pace of deforestation to uncover these valuable assets is increasing both in size and number.

The World Bank estimates that over the past quarter-century, the world’s forests have declined by about 1.3 million square km. (about 808,000 sq. mi.). This is the equivalent of an area the size of South Africa. Almost half of the world’s natural forests are now gone and have been replaced by farmland, livestock grazing land, mining and drilling operations, logging – and wildfires. Urbanization, the conversion of forests to human habitats, is significant, but it is less troubling than all these other concerns.

So, if we can’t trust developing nations to protect their resources, and the forces of capitalism lead to exploitation of resources rather than their protection, whom can we trust to do the right thing?

Here’s a case history of good intentions gone crazily awry, and how a public-private partnership can make terrible decisions for ostensibly beneficial reasons.

In the mid-1990s, Dutch energy companies, wanting to be good corporate citizens, formed a consortium that worked with the newly stabilized Ugandan government of that time to earn carbon offsets by reforesting an area that had previously been denuded of trees, a supposedly abandoned area at the edge of a national park. 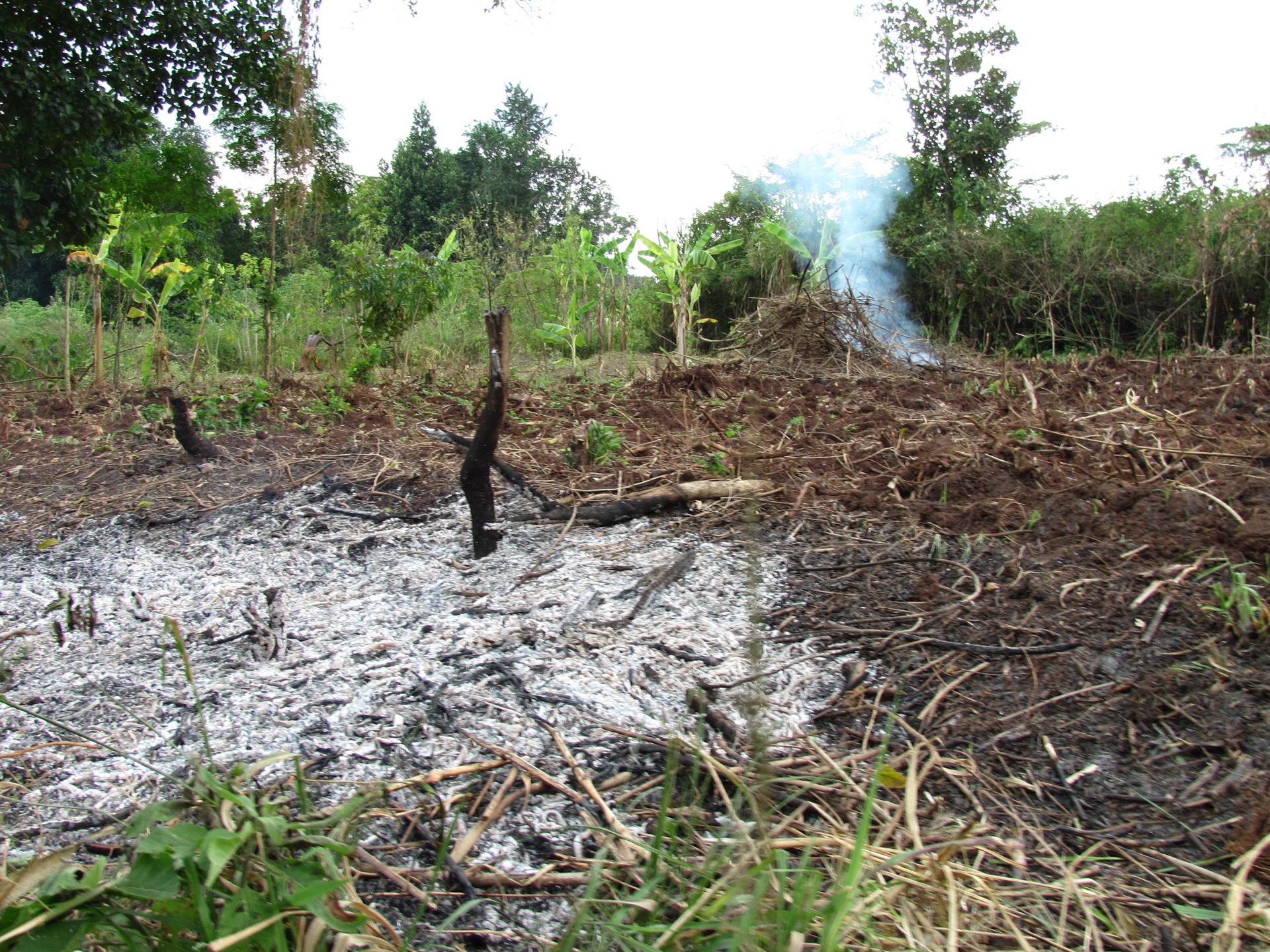 What Uganda seemed to have overlooked is that the area was far from unpopulated. More than 500 families made their homes on this land. To do the so-called “right” thing of reforestation, then, the Ugandan government sent in militarized “park rangers” to forcibly remove the families using violent tactics that included burning homes.

While the consortium was successful in planting over a half-million trees, the former residents sought legal relief in the courts system – and prevailed. The residents moved back in, destroyed the plantings, and replanted crops among the stumps, thereby ruining the Dutch consortium’s scheme to score some carbon-offset credits.

If individual countries aren’t necessarily the best judges of their own interests in climate protection, as seen above, could it be that the United Nations would do a better job?

In the Central African nation of Ethiopia, a century-old history of massive forest clearing had resulted in a precipitous drop in wooded land -- from about 35 percent of Ethiopia’s land to only four percent. Now, the U.N. is working closely with Prime Minister Abiy Ahmed’s government on an ambitious “Green Legacy Initiative” whose goal is to plant four billion indigenous trees. The prime minister has taken a personal interest in the success of the program, even tweeting that the initiative managed to plant more than 350 million tree seedlings in just one day. While the number claimed might appear to be inflated, it is still indicative of a vigorous government campaign to accomplish the goals of the program.

What is the difference between weather and climate? Weather relates to individualized weather systems and patterns that are often subject to rapid change. Climate takes those variations and averages them out over long spans of time to develop an overview of gradual, long-term change or continuity.

The U.N.’s program in Ethiopia gives some basis for optimism. Still, there’s a long, long way to go – and many governments to cajole into action – to achieve an appreciable effect on weather patterns in reforested areas. Luckily, there are international non-governmental organizations (NGOs) hard at work. Their efforts are aimed at stabilizing climate patterns through steady, methodical work to raise awareness both of the problems associated with forest habitat loss, and of potential solutions. These include:

NGOs active in this work include some of the best known nonprofits around today, including the Rainforest Alliance, focused on the health and diversity of rainforest environments; the World Wildlife Fund, which strives to protect endangered species of plants as well as animals; and the Forest Stewardship Council, active in setting standards for responsible forest management in North America and around the world.

Next Steps Along a Tricky, Twisting Path to Climate Stabilization

Let’s face it:  Human activity is affecting our planet in many unintended, potentially disastrous ways.  In fact, there seems to be growing recognition that the geological age in which we’re living should be called the Anthropocene, with the “anthro” prefix pointing a finger directly at us.

Can we hold out long enough for a change to occur? It may not be something we will be able to track. Perhaps the future of the Anthropocene Era is still to be written.

The MagellanTV series Climate Challenge presents stories of individuals and groups helping climate change-affected regions achieve progress toward stability. The series takes viewers around the world to meet motivated people making a difference who might inspire you to get involved.

Worldwide, there’s been a significant shift away from ordinary tap water to bottled, even though many bottles are filled from the same sources as our taps. Learn how you can…