The poppy isn’t just a stunning, red bloom. The useful-yet-dangerous flower is the main component of opioid drugs. While first discovered and marketed with good intentions, the drugs turned out to have a disturbing downside. So just how did the opium harvested from the plant open up so many doors for medical advances while simultaneously fueling a modern day drug epidemic? Let’s explore the history of the poppy and see just how one little flower can be so dangerous.

As of January 2019, an average of more than 130 people in the United States were dying each day from an opioid overdose.

As bleak as they are, the statistics compiled by the National Institute on Drug Abuse illustrate just what type of epidemic we’re dealing with: a national addiction to opioids and their ilk, such as heroin, pain relievers, and synthetic concoctions like fentanyl.

Reports of America’s – and the world’s – infatuation with painkillers may be flooding our news streams today, but the problem is much more ancient. So when and where did this all begin? And who would have thought that the dangerous and deadly substances we’re fighting against today all started with a bright and delicate flower?

Poppies have long been one popular flower. In The Wizard of Oz, the Wicked Witch of the West attempted to place Dorothy into a deep and endless sleep by sending her through a vast field of red poppies. Homer’s The Odyssey mentions how opium, which comes from poppies, was cast “into the wine to lull all pain and anger and bring forgetfulness of every sorrow.” And it’s even speculated by some that the children’s classic, Alice’s Adventures in Wonderland, has underlying references to partaking of the drug. 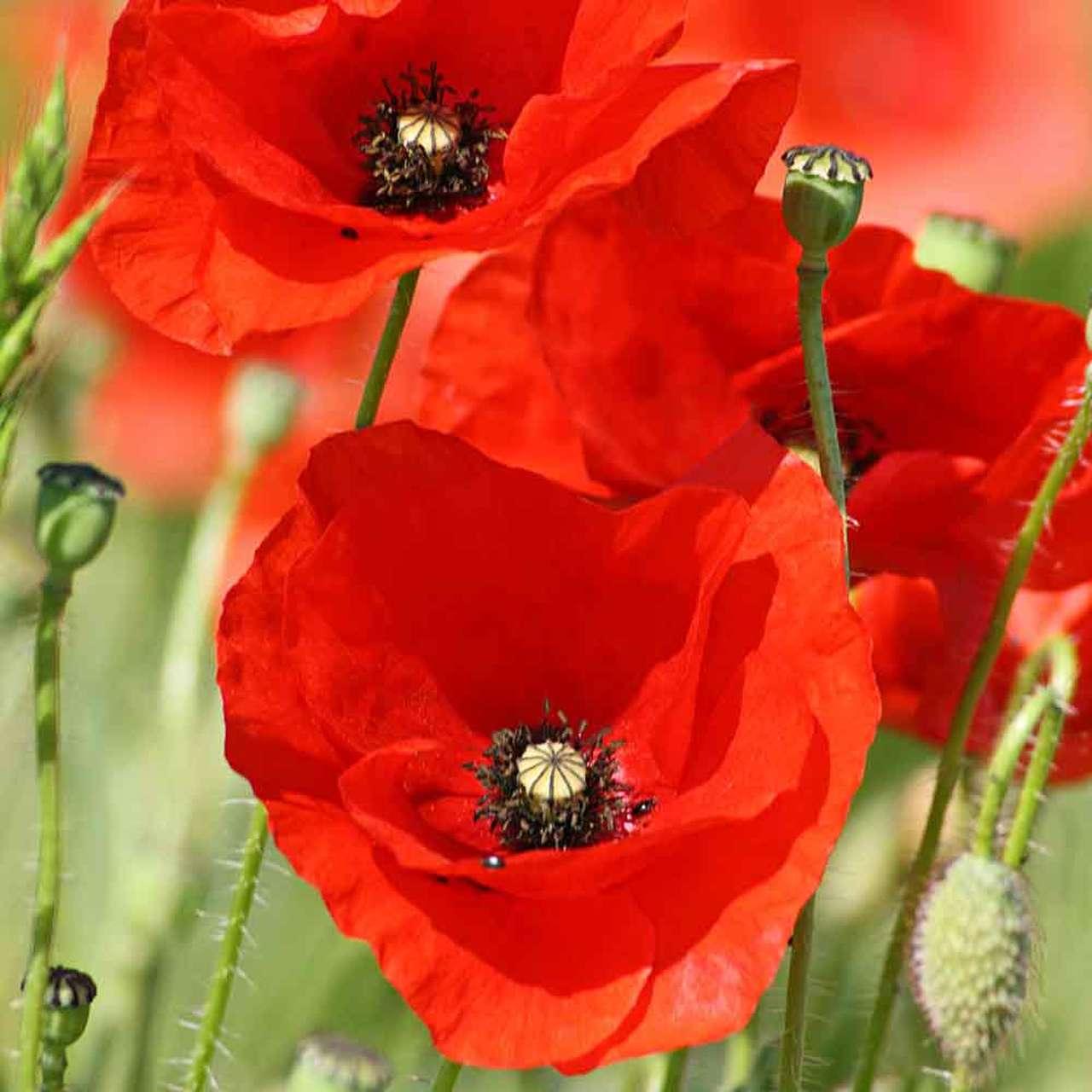 Referred to as “the joy plant,” or hul gil, by the ancient Sumerians, poppies have been used to produce opium at least as far back as ancient Mesopotamia. From there, opium cultivation spread to Greece, Persia, Egypt, and then through China and East Asia by way of the Silk Road. While the drug was used recreationally in these civilizations, the medicinal benefits of opium weren’t lost on them. Ancient societies used opium to help people sleep, relieve pain, and even calm crying children, but “pathological use” of opium and other early drugs was reported, too, according to Dr. Marc-Antoine Crocq.

“Pain is such a visceral thing that it’s not surprising that the quest to find a way to control it has been such a driving force in the history of drugs.” —Dr. Michael Mosley, host of From Pain to Poison. The documentary, From Pain to Poison, takes a look into the discoveries that transformed medicine and explores how humans have learned to fight disease with drugs.

Our journey into the history of poppies begins with Paracelsus, a Swiss-German physician and alchemist from the 16th century. Paracelsus experimented with opium – the “Advil” of Medieval times – and created laudanum, a name later used to refer to any combination of opium and alcohol. It was at that time that the groundwork was laid and, from then on, scientists experimented with opium, pushing the boundaries and synthesizing new, more potent derivatives of the poppy such as morphine and heroin.

Friedrich Sertürner and the Creation of Morphine

While morphine is naturally occurring in the poppy plant, we needed to wait for one brave soul to discover it. I say brave because, when morphine was first discovered, it nearly poisoned the men who volunteered to try it (a crazy story of scientific discovery that From Pain to Poison recounts). So who was the mad genius behind these experiments? His name was Friedrich Sertürner, and, in 1803, he was the first German scientist to successfully isolate and extract morphine crystals from poppies. His experimental techniques put chemistry on the map as a respected science. 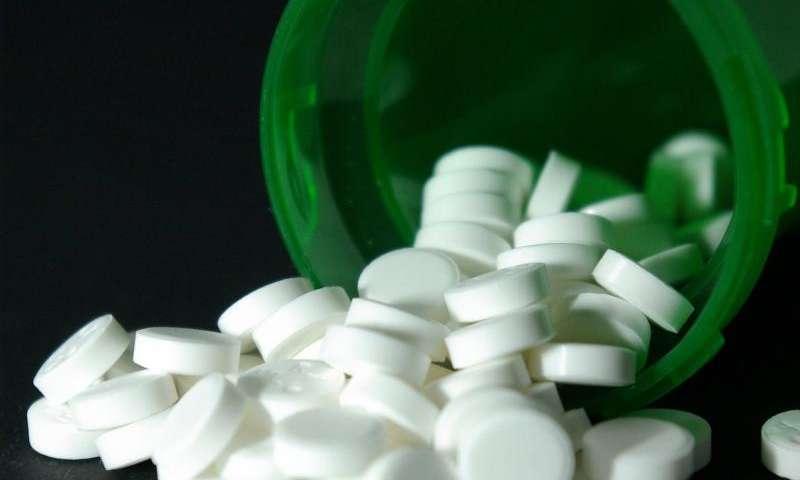 After perfecting the dosage, and doing a bit of self-experimentation, Sertürner was ready to show off his findings. He named his discovery “morphine,” after Morpheus, the Greek god of sleep, and began to spread the word.

Morphine continues to be widely used in the medical field today and is the precursor to all other opioids, including codeine, hydrocodone (Vicodin), oxycodone, and others. In its pure form, it is ten times stronger than opium.

Sertürner’s discovery was groundbreaking, and it didn’t take long for the exciting new sedative to find its way into the hands of doctors and patients worldwide – and to the battlefields of America in the middle of the 19th century.

Morphine was used widely as a painkiller during the Civil War. It was quite effective and led to advances in surgical procedures and less painful recoveries. But the seemingly miraculous drug came with a high cost: As many as 400,000 soldiers became addicted to morphine. The growing incidence of addiction was alarming, and scientists were left scratching their heads and searching for something as powerful as morphine, but without the pitfalls. I guess history is repeating itself on this one, and we’re seeing the same problems of mass opioid addiction today.

Switching to Heroin, the “Safer” Alternative

Our next medical pioneer goes by the name of Charles Romley Alder Wright. He was on the hunt to find a non-addictive alternative to morphine, and used his skills as a chemist to combine the drug with various acids. In 1874, through experimentation, he created a “safer” – but much more potent – form of morphine. He called it heroin.

But Wright didn’t distribute the new drug by himself. In 1896, it was produced commercially by – *drum roll, please* – the Bayer Pharmaceutical Company. Yep, you heard that right. The same people who brought us aspirin, brought us heroin first. It’s actually quite a funny story, too. 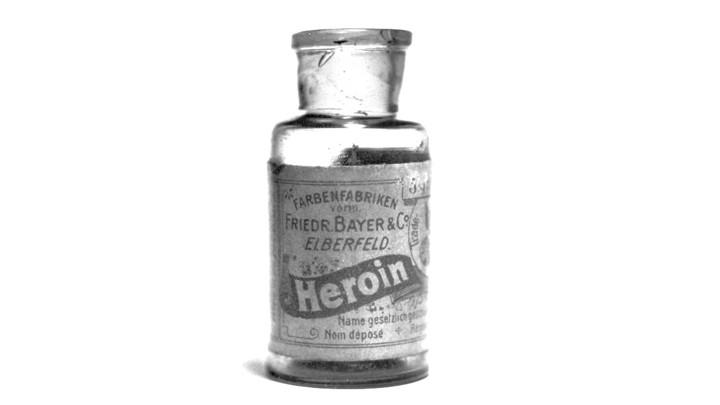 Aspirin and heroin were both synthesized around the same time, but Bayer decided to go with heroin, thinking that aspirin was too dangerous. So just to reiterate: Aspirin, the “Wonder Drug,” the healthy-heart promoter, was too dangerous, and doctors decided to use heroin instead. They even declared the now-illegal drug fit for children with coughs and colds. Hmm . . . can’t see how anything could go wrong with that.

Of course, it wasn’t all bad. Many medical procedures, as we know them today, wouldn’t exist without the discovery of strong painkillers. But, the solutions came with their own baggage, and the world now had new, “fun” drugs to use and abuse.

Given the problems associated with morphine and heroin, scientists and doctors set out to find a newer and better drug … which brings us to fentanyl.

Fentanyl is an incredibly powerful painkiller created during the 1960s by Belgian physician Paul Janssen. While Sertürner and Wright synthesized their opioids by modifying the naturally-occurring morphine, Janssen created fentanyl by modifying meperidine, a fully synthetic opioid. The result was a drug 80-100 times stronger than morphine. It was approved for medical use in the U.S. in 1968 and, like its predecessors, was used for anesthesia and pain management, in addition to treating chronic pain in those who have developed a resistance to morphine and oxycodone. 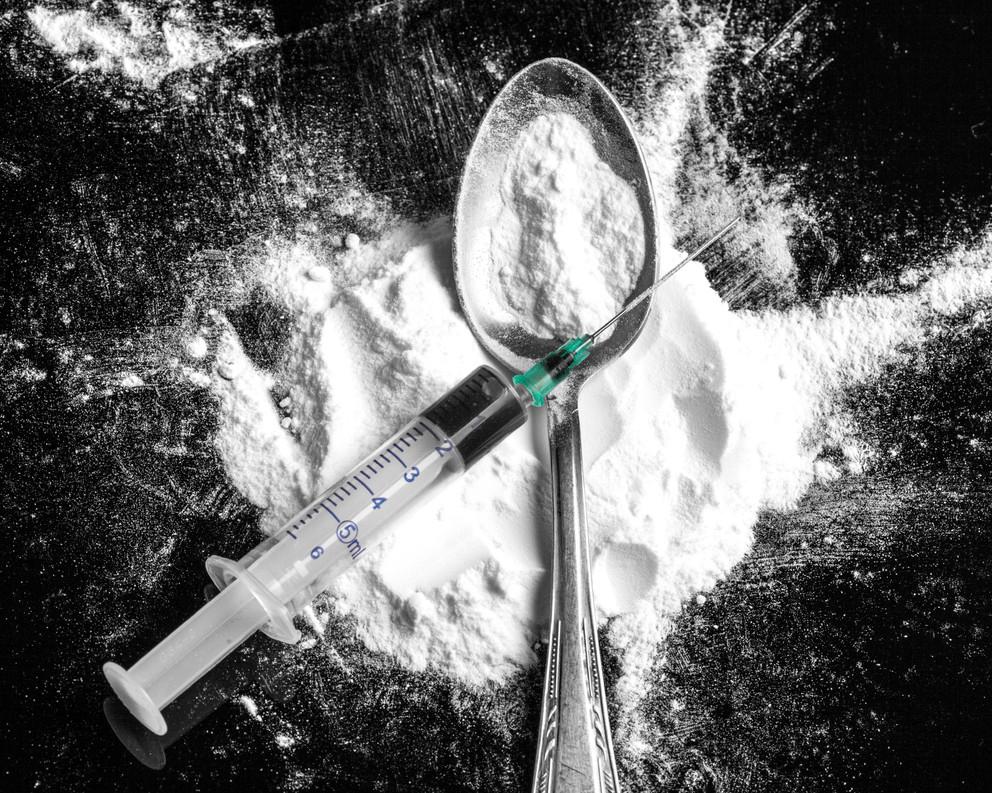 Sure, fentanyl is effective, but the news isn’t all good for the drug. It is legal and approved for use in small doses, but it often shows up unregulated in black markets – and that’s when things start to get even more dangerous.

According to the National Institute on Drug Abuse, in 2016, synthetic opioids (primarily fentanyl) became the most common drugs involved in overdose-related deaths in the U.S., surpassing prescription opioids.

“U.S. Opioid Crisis”; “Heroin and Fentanyl Deaths on the Rise”; “Fentanyl’s Deadly Westward Expansion”; and “Dangerous Trend in the Opioid Epidemic”: These headlines from around the world are recurring reminders of the magnitude of the problem. And while it’s tragic, it’s not surprising. Fentanyl is so powerful that a dose as low as two milligrams can cause death, making it very easy for a user to overdose – especially if that user is accustomed to the less-potent, but equally threatening, heroin.

The Substance Abuse and Mental Health Services Administration found that “an
estimated 10.3 million Americans aged 12 and older misused opioids in 2018.”

Unfortunately, some of the solutions created for us by medical pioneers have led to problems of their own, and the opioid crisis we’re dealing with today can be at least partially attributed to our excitement with “promising” new drugs. In the late 1990s, pharmaceutical companies promoted the safety of the new generation of synthetic opioid pain relievers such as fentanyl – promising the medical community that these medications were not addictive and should be prescribed at greater rates. By 2017, the Department of Health and Human Services (HHS) declared a public health emergency because of the rampaging addiction and began strategizing to combat the opioid crisis.

So what’s next? Maybe we try to combat fentanyl addiction by synthesizing a brand new medication. But while such discoveries can advance human life, we have to remember to be careful. Otherwise, we could end up with an even more powerful – and addictive – drug.

Hallucinogenic drugs such as LSD, DMT, and psilocybin are known for their mind-expanding effects, and they have potential for treating some of the trickiest mental afflictions…

Although our awareness of the deadly Ebola virus dates back only to about 2014, recorded viral transmission and deaths stretch back nearly 50 years, to at least 1972. Studying the…

People around the world are concerned about the new coronavirus, SARS-CoV-2, first identified in Wuhan, China. But this is not the first coronavirus in humans, nor is it the most…