The days are getting shorter, the weather is growing colder, and Halloween festivities have begun! We’re here to help you get in the mood for a frightening season with documentaries that welcome in the chilling, terrifying, and bizarre – along with a ghost or two. So turn out the lights and get ready to scream … I mean, stream. Here are four documentary playlists, featuring the strange and unexplained, that are sure to spook you.

Fall is my favorite season, and as soon as the days start getting a little shorter and the breeze picks up, I jump at the chance to break out my sweaters and some boots … even if those days end up being only a cool fluke in late August. I’m the first to check the aisles for seasonal ciders, and I get giddy at the sight of a nice sugar rim on a cool pint glass. My New York autumns bring a nice, refreshing start to the tail end of the year, and I love it all! The beautiful foliage, perfect hiking weather, and cozy outerwear bring complete joy to me. And that’s not even the best part! Fall means Halloween – and I take Halloween very seriously.

The only thing I love more than autumn is a good scary movie; so it’s a stroke of luck to have my favorite season bring in endless marathons of my favorite spooky stories. Classic monster films, Vincent Price narratives, zombies, crazy killers, and clowns – I’ll binge it all.

Being a self-proclaimed horror aficionado, I jumped at the opportunity to gather up some of the spookiest tales on MagellanTV. After checking under the bed, opening all the creaky cupboards, and even taking a trip into an eerie cellar or two, I’ve come up with four chilling playlists of documentaries and series to give even the bravest a fright.

Frankenstein, mummies, werewolves, and other spooky creatures are staples in horror movie history. And for good reason. Who doesn’t love a menacing monster movie? Sure, the stories of these made-up fiends are fun, but if you find yourself looking for real monsters, these documentaries are for you.

Could Dracula be real? According to the MagellanTV documentary, Vampire Skeletons, the answer may surprise you. Certainly, characters like Bram Stoker’s Dracula and F. E. Murnau’s Nosferatu were purely fictitious, but what if vampires actually did exist? While the answers have been confined to the deepest depths of our history, recent archaeological research exhumed evidence that could shine a light on this dark area.

Vampire Skeletons takes viewers on a trip to Ireland to show us what happens when peculiar ancient graves unearth old, small-town rumors of missing civilians. Our narrator sifts through medieval folklore and shocking scientific evidence uncovered from ancient graves – the findings of which suggest that locals may have taken certain precautions to assure that the dead stay dead. This documentary doesn’t shy away from the bizarre, and pieces historical and sociological evidence together with the ceremoniously buried and mutilated skeletons of the past. Of course, you’ll discover a corpse or two along the way – bolted to its resting place, as if to prevent its return.

Who’s to say if vampires are real? But after watching this documentary, I’d leave some garlic out just in case …

Did all that talk of vampires quench your thirst? If not, and you’re on the hunt for some more monster stories, look no further than MagellanTV’s anthology series, Tony Robinson: Gods and Monsters. This series has something for everyone, with episodes covering the undead, evil spirits, ancient rituals, witches, and pagan gods. It’s sure to get you in the mood for Halloween. Plus, its episodic format makes it perfect for streaming in between all of your Halloween favorites.

Do mysterious lights in the sky and figures in the woods spook you? Well, you don’t have to be FBI agents Mulder and Scully to have a fascination with the supernatural and extraterrestrial. And if you want to do some real-life snooping, a la X-Files, then take a look at these documentaries that try to explain the unexplained.

Voodoo curses, phantom pilots, psychic nightmares, alien visitation, and parallel worlds: These are only a few of the strange topics explored by a certain former Star Trek captain in the docuseries, Weird or What? With William Shatner. Full of firsthand accounts and expert advice, Shatner hunts down some of the creepiest tales and investigates the myths.

Throughout the series, our host dives into the unknown and explores the stories that keep us up at night. Each episode brings on a new adventure, and Shatner chases down the sources of urban legends and frightening events. The findings? Perhaps enough to make even the most skeptical viewer think twice before opening that bedroom closet.

If you’re a fan of Stanley Kubrick’s psycho-mystery, Eyes Wide Shut, then this next secretive series is for you. Full of conspiracy theories, historical clues, and whispered rumors, Secret Societies explores a hidden world that many speak of, but only a few have seen.

Our fascination with secret societies and cults has fueled creative adaptations in films and literature. Works like Dan Brown’s book, The Da Vinci Code, Roman Polanski’s movie, Rosemary’s Baby, and Chad Hodge’s show, Wayward Pines, all present imaginative looks into what secret clans could be. But such groups don’t exist only in fiction. In fact, there’s verifiable proof, and Secret Societies invites viewers into some of history’s most nefarious confidential clubs.

Secret Societies can get pretty serious. So, if you’re looking to take a playful break while still dabbling in the bizarre, check out the series Urban Legends. This fun but chilling collection reenacts a strange assortment of tales and hunts down the facts surrounding them. The eerie twist? Some of the legends are true. You’ll just have to watch to see which ones are just stories, and which ones are much more.

Aliens: figments of our imagination, created to give us a fright; or real beings, perhaps hidden from us by authorities? Reports of UFO sightings often surface online and in tabloids, and we seem to have an abiding fascination with extraterrestrial beings and other life forms from planets far, far away. After all, outer space is full of endless unknowns – and where there are mysteries, there are theories.

While the occasional spaceship or alien abduction has been reported now and then, one shocking event stands out: the Westall UFO sightings on April 6, 1966. On that day, nearly 200 people saw a strange object flying in the sky. Hovering near the Westall school in Melbourne, Australia, students and staff were in a state of hysteria as they witnessed a saucer-like-object moving about. Some were curious, but others panicked, thinking it was the end of the world. After that day, many kept the experience to themselves.

Do you prefer ghost stories and things that go bump in the night? Halloween isn’t complete without a few creepy phantoms, and luckily, a group of paranormal investigators in northern Florida is on the hunt. Anomaly: Haunting Stories of Paranormal Investigations is a feature-length documentary that is sure to give you chills. Join them as they investigate the ghost stories surrounding an old hotel and a local fire department. But these aren’t just ghost chasers – the Anomaly team scrutinizes local legends with scientific testing to find out if the hauntings are real.

So, are they? You’ll just have to watch to find out.

What would happen if you combined HGTV with Paranormal Activity? You’d get Paranormal Home Inspectors, a series on MagellanTV that combines typical home inspections with supernatural beliefs. Sure, that noise coming from your wall could be old plumbing … or it could be something far more menacing. Each episode takes viewers into seemingly normal homes with abnormal problems. And just as in Anomaly: Haunting Stories of Paranormal Investigations, you’ll have to watch to learn what can be explained, and what cannot.

A good ghost story can be fun, but if true crime is more your thing, Magellan’s got you covered for spooky season. With documentaries on some of the most notorious true crime and murder cases, Magellan will have you watching these real-life ghastly horror tales with the lights on.

There’s an undeniable creepiness that comes with stories about cold cases, and one of the most famous examples is Jack the Ripper. While it might be history’s most familiar serial murder case, there remain many myths and misconceptions associated with the infamous London murderer. Jack the Ripper: The Definitive Story visits original sites and reconstructs the gruesome events to piece together the truth surrounding the 1888 crimes.

Last on our list is the 8-episode docuseries, Conversations with a Serial Killer. Each episode – which covers cases from Ted Bundy to Aileen Wuornos – pieces together early life experiences with psychological evaluations in order to understand just how these twisted minds work. The scariest part is that it’s all real.

That may be the end of the list, but that’s just the start. Check out the rest of MagellanTV’s collection for more documentaries on your favorite frightening subjects. 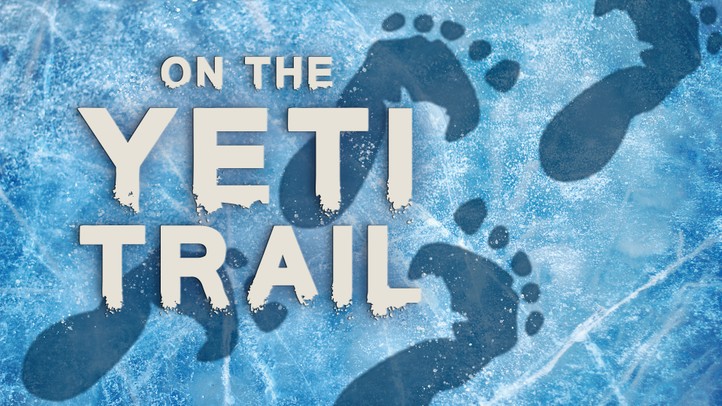 52MIN
On The Yeti Trail 8 EPISODES
Conversations with a Serial Killer 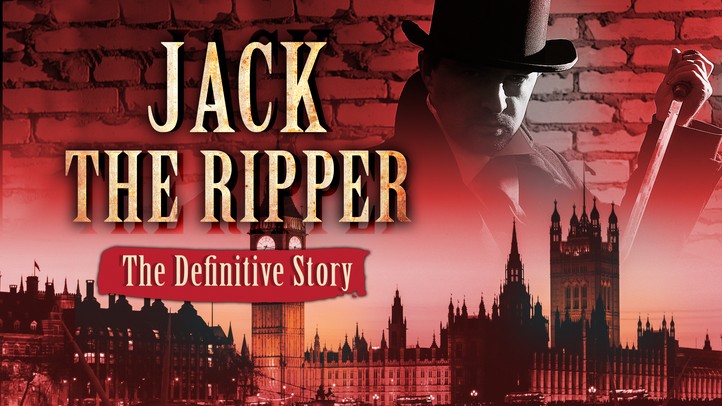 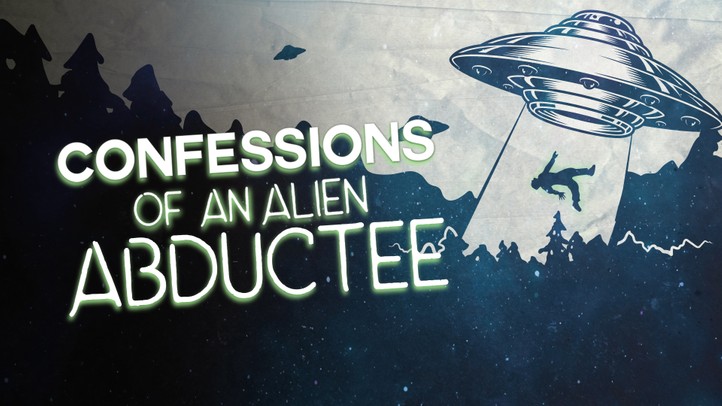 46MIN
Confessions of an Alien Abductee 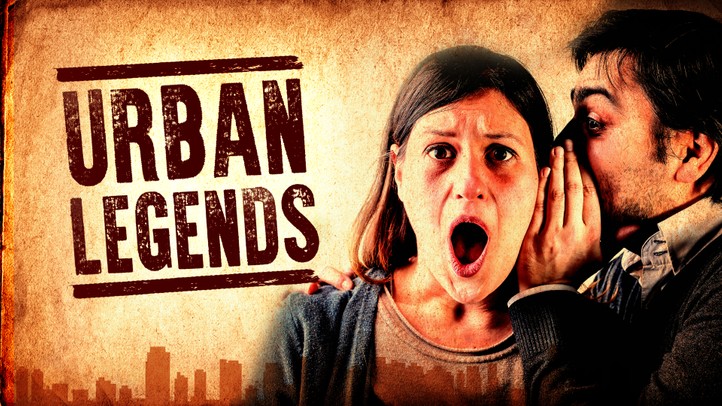 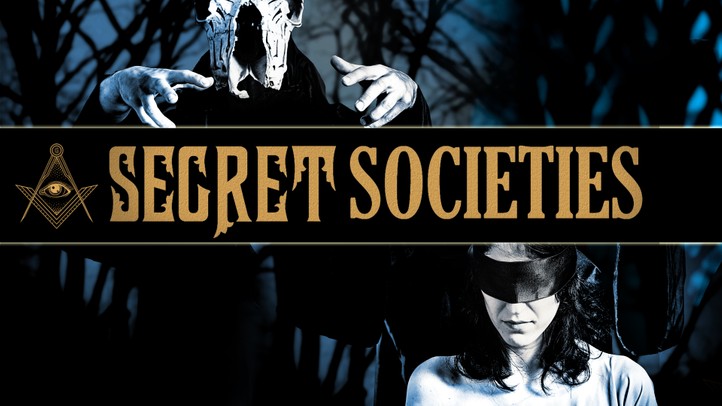 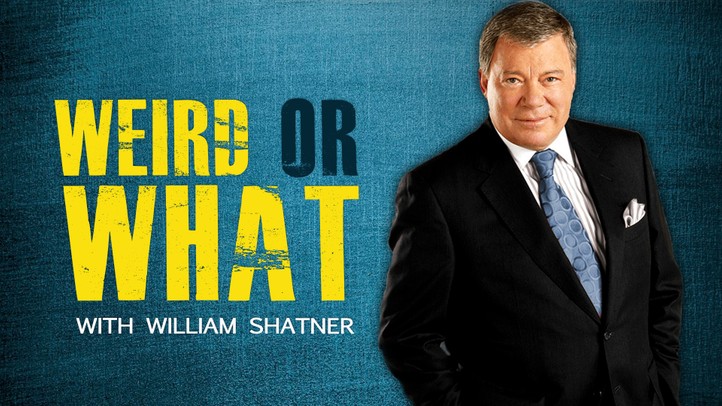 20 EPISODES
Weird or What with William Shatner