From sparklemuffins to jabiru storks, there are unbelievably strange animals all over the world you need to learn about.

It’s early evening. You’re sitting on your couch and streaming a new MagellanTV nature documentary. You pour another glass of wine and study the critters on the screen as the strings of violins and a British narrator fill your ears. Suddenly, something comes into focus that you’ve never seen before. It leaps from its place on the tree branch, flying through the air, and swiftly catches its prey and sinks its teeth into its dinner, in one quick movement.

A million questions race through your mind. “What is that? Could it be an insect? Why does it look like it has two heads?” You run to your computer and enter as many defining characteristics as you can into Google, searching for the unknown suspect, and you wonder, “How many creatures are out there that I don’t know about?” The short answer: a lot.

There are tons of amazing and fascinating animals on this planet that have largely evaded public attention. For example, have you ever heard of a Sparklemuffin? Didn’t think so. While many people stick to the usual lions and tigers and bears (I won’t say it, don’t worry), you might find yourself searching for some creatures that are a little more intriguing – or scary.  It's even possible you will discover that the coolest and craziest animals are the ones you've never heard of . . . until now.

First, on my list of wild (yes, pun intended) animals is the intimidating jabiru (ja-bur-OO) stork, also known as the black-necked stork. It is a modern-day dinosaur with a close resemblance to the Pterodactyl. If looks could kill, this bird would be deadly – and it actually almost is. Its 14-inch beak is a formidable weapon, and years back one tried to stab patrons of the Belize Zoo with it! 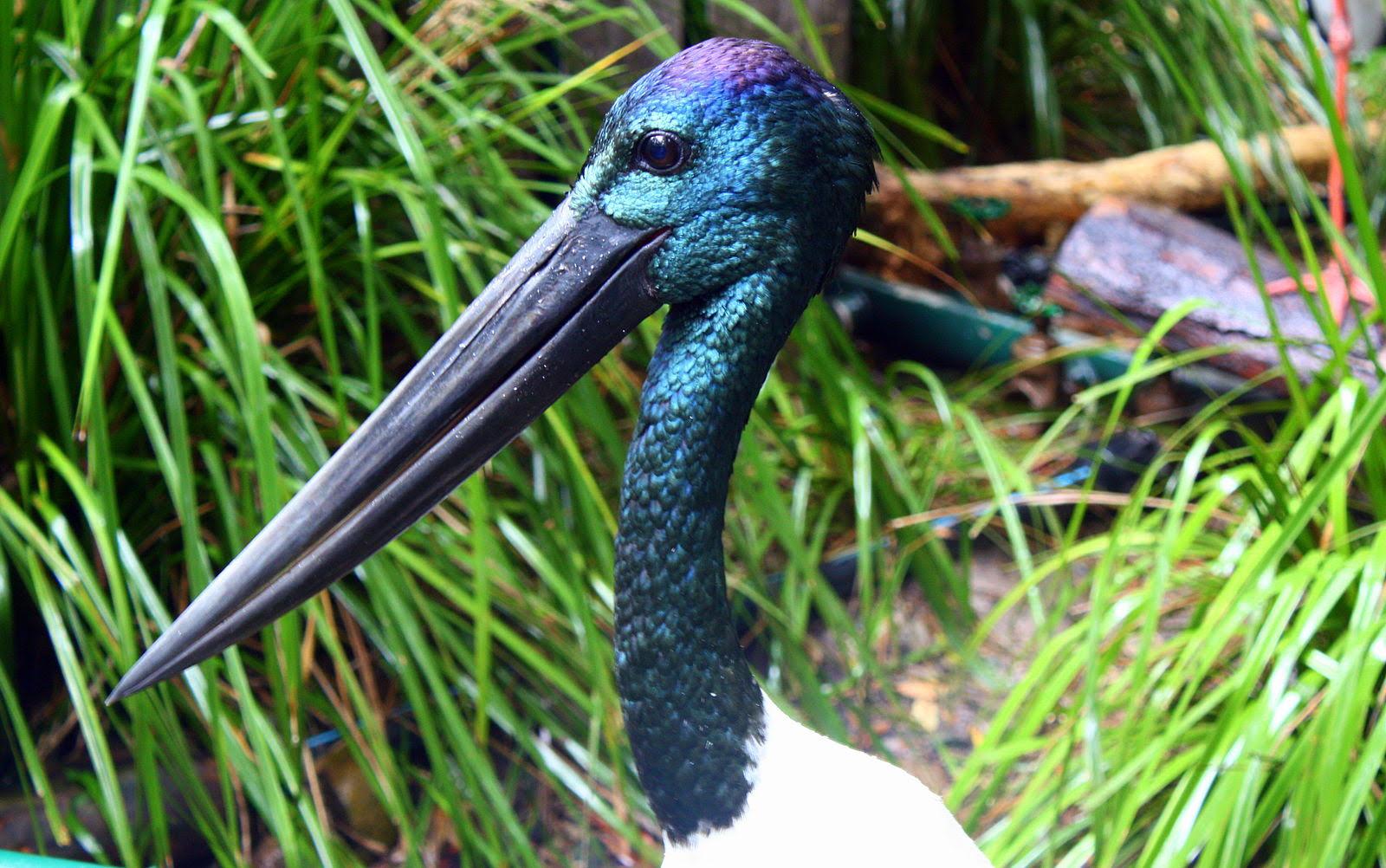 The jabiru can be found in North and South America, usually hanging out in groups near rivers and ponds. The only member of the Jabiru genus, its name translates to “swollen neck” in the Tupi-Guarani language, a subfamily of the Tupian languages of South America.

At 55 inches, the jabiru is the tallest flying bird living in the Americas. It has the second broadest wingspan at a whopping 9.2 feet across, and it can weigh up to 20 pounds. It preys upon reptiles, bird eggs, and even small mammals. Most predators steer clear of it, but raccoons and even other storks, including the jabiru itself, sometimes go after its eggs.

Maratus jactatus, or sparklemuffin, received its nickname from Madeline Girard, a researcher from the University of California, Berkeley. The arachnid is one of many species of peacock spiders, which are found only in Australia. 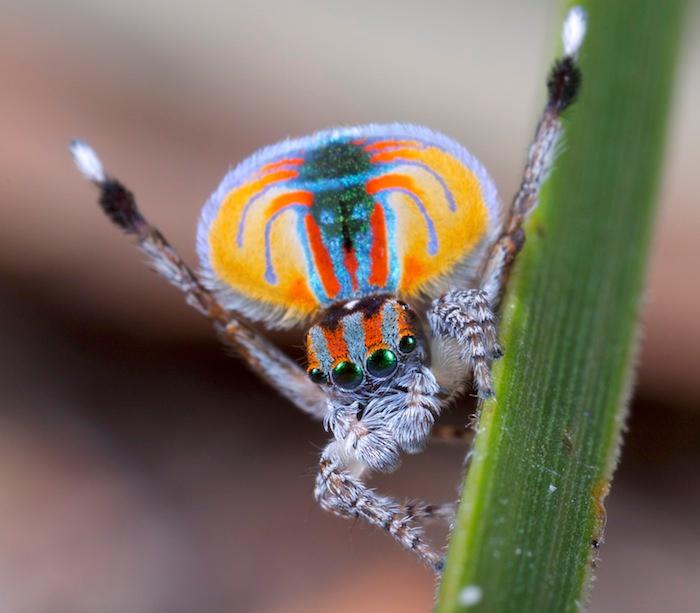 Also known as jumping spiders, these diminutive creatures don't get bigger than five millimeters long, about the size of a grain of rice, but they can leap up to 40 times their body length. This rids them of the need to spin webs to catch prey, which usually consists of insects and other spiders. Like their namesake, peacock spiders are known for their extraordinary display of colors, designs, and patterns. They also have a distinctive mating dance in which the male shakes, rolls, and kicks to signal the female that he's ready to, well . . . sparkle her muffin. If she accepts his advances, they will mate. But it doesn’t matter if she does or doesn’t, whether she rejects him or they’ve finished their business – the female usually kills the male anyway. Talk about a date gone wrong. 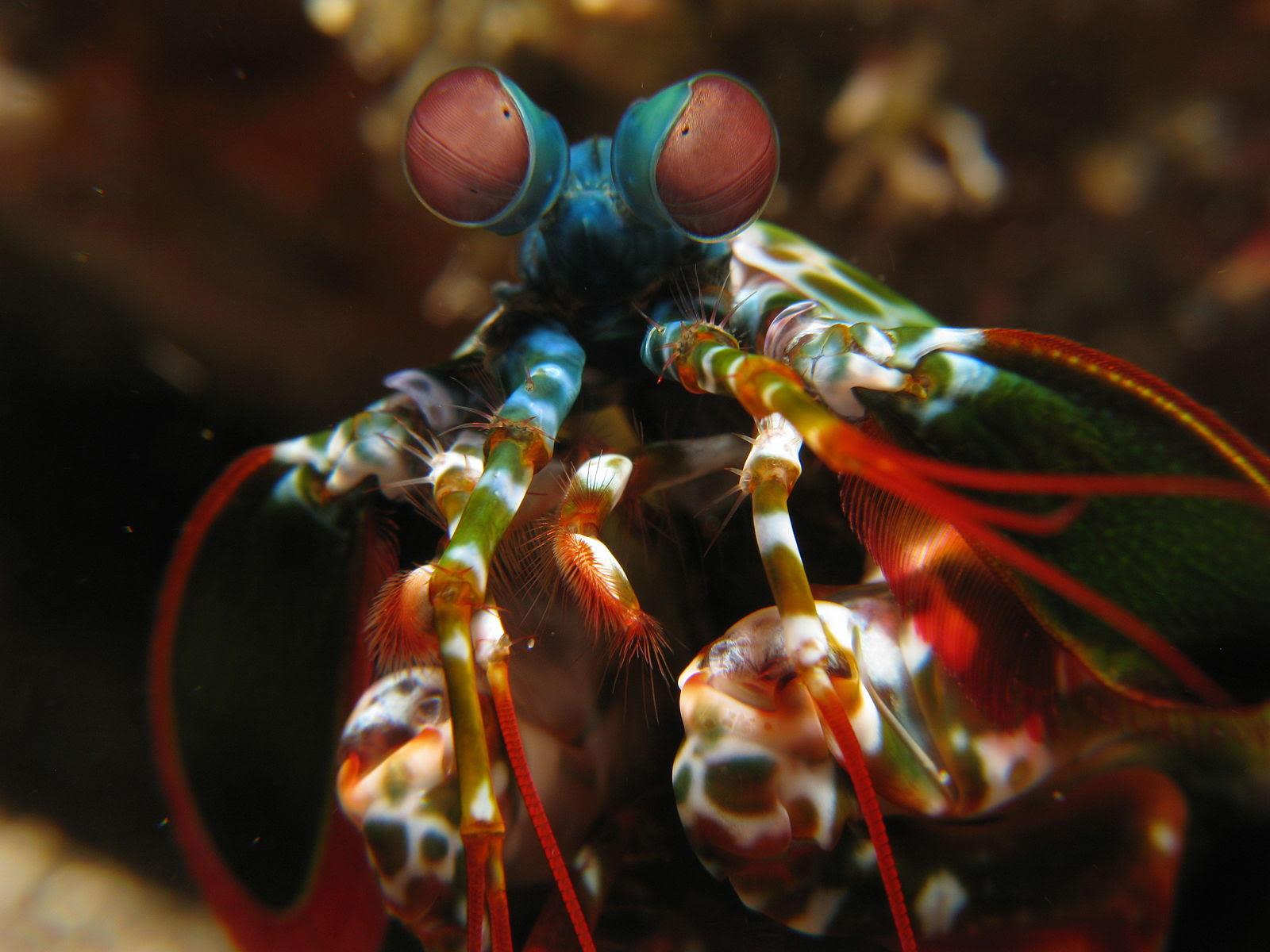 Part of the order Stomatopoda, a group of carnivorous marine crustaceans, these shrimp are known for their bright, colorful shell and unexpected strength. Mantis shrimp literally packs a punch and can smash their prey’s shells with a force comparable to a .22 caliber bullet, using their naturally “spring-loaded” arms. In fact, those appendages are more like clubs and can swing at speeds up to 23 meters per second.

Peacock mantis shrimp are usually two to seven inches long and reside in the Indo-Pacific, so they can be found in a multitude of places stretching from Guam to South Africa. Amazingly, they can see circularly polarized light, which has led to studies replicating how they operate for use in CD reading and other similar devices. I'll leave it to tech experts to explain how that works.

These little fighters are notoriously hard to catch and contain and can break normal glass tanks. So, you might need to invest a little more money at the pet shop if you want this scrappy creature as your companion animal.

Learn more about the Mantis Shrimp and other strange animals in MagellanTV’s documentary: Wild Ones

No, it’s not a porcupine. And it’s not unusual for the echidna (uh-KID-nuh) to remind you of one, as it shares characteristics with quite a few creatures. There are two types of echidna: one, sporting a short beak, belongs to the genus Tachyglossus; the other, long-beaked kind is a member of the Zaglossus genus, which includes a species named after the renowned nature documentary narrator, Sir David Attenborough: Z. Attenborough.

These mammals are native to Australia, Tasmania, and New Guinea. They usually weigh between four and ten pounds and grow only to about 17 inches. With their spikes and spines, echidnas are similar to porcupines and hedgehogs, but their “borrowing” from other creatures doesn’t stop there. They have pouches like kangaroos, beaks like birds, and even lay eggs like reptiles – but wait, the weirdness doesn’t end there. The eggs the echidnas lay are soft-shelled and leathery, about the size of a dime, and the babies (called “juggles”) when born are only the size of a jelly bean.

Although echidnas are toothless, they are able to feed with long, sticky tongues that capture ants, worms, termites, and insect larvae, leading some to say they are reminded of “spiny-anteaters.” Strangest of all, the male echidna has a four-headed penis that it alternates for matings. Please spare me the jokes.

Nature documentaries are among the best sources to learn about the eccentric and vastly different inhabitants that roam our planet – and that’s why MagellanTV features so many of them. Discovering new creatures can broaden our knowledge of who and what these creatures are – and how we can exist along with them. And who knows, maybe with one more angry-looking bird or fighting sea creature, you might find you also love the stranger things in life.

Kellyn Doerr is a contributing writer for MagellanTV. Originally from Rhode Island, she is a recent graduate of the University of Vermont. Kellyn lives in New York City with friends and her cat, Tiberius. She enjoys watching movies, eating out, and dominating a game of pool. 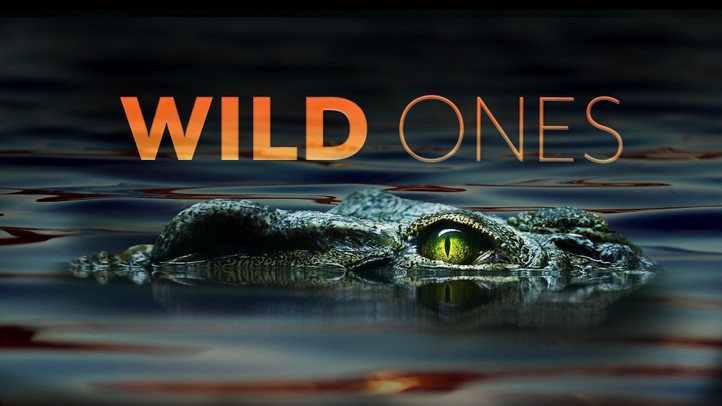 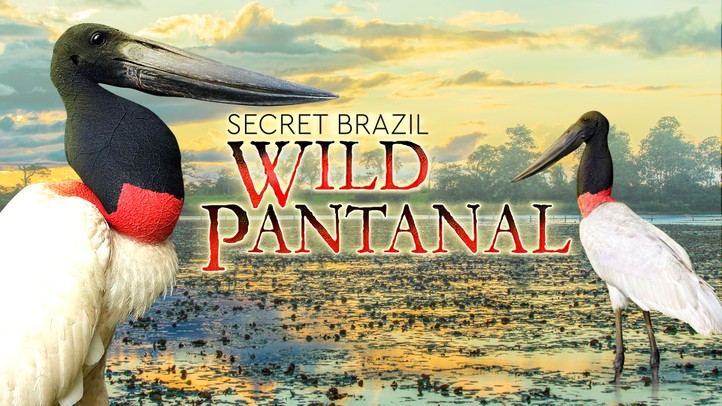 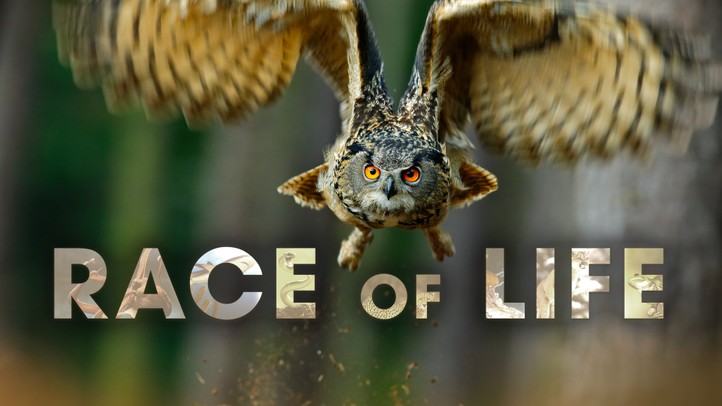 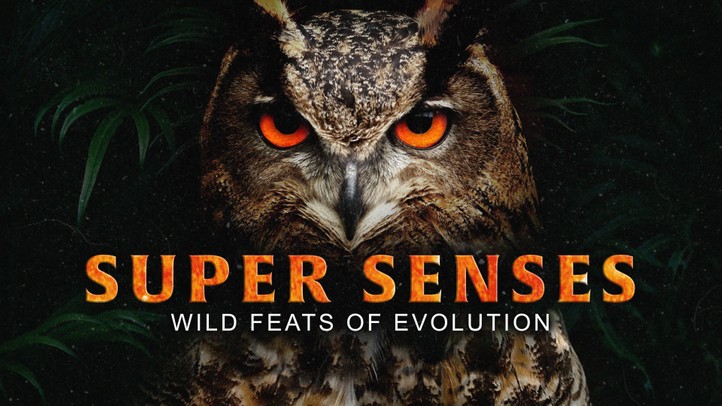 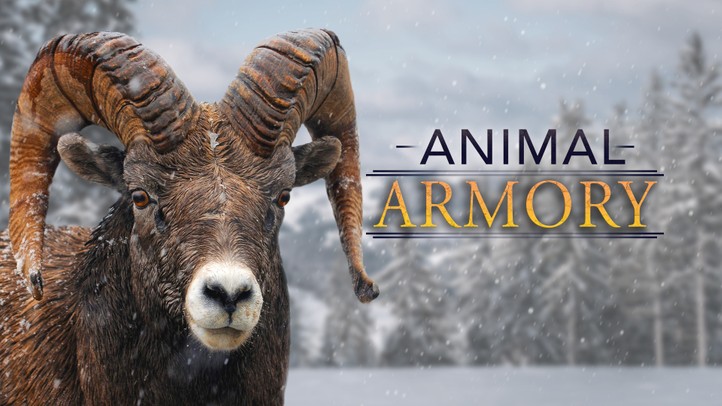 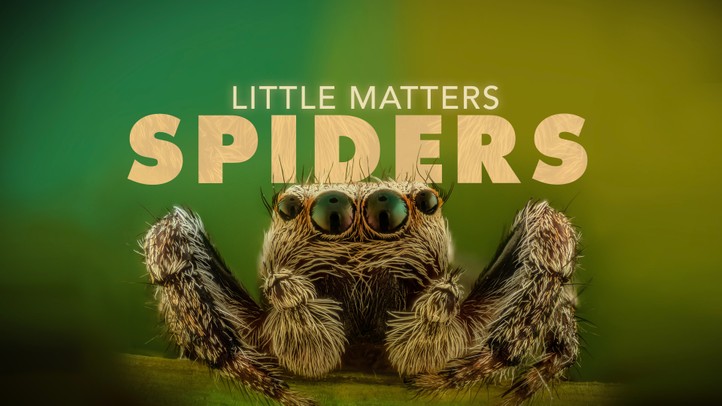 Certain animals evoke revulsion and fear in billions of people, from Sakhalin Island to Timbuktu, Sydney to Sarasota. ...

Honeybees live strange, miraculous lives, flying hundreds of thousands of miles to produce a single pound of honey and...

Narwhals, often referred to as the “unicorns of the sea,” are a strange, single-tusked species of whale. Despite...

Shark Week premieres Sunday, July 28. And what can we...