Preview
Birth of a Robot: An Emerging Species
PLAY PREVIEW

Birth of a Robot: An Emerging Species

Hyper Evolution: Rise of the Robots, explores if machines built to enhance our lives could one day become our greatest rivals.

Presenters Professor Danielle George MBE (Television's Opening Night: How the Box Was Born, BBC Four), an electronics engineer from Manchester University, and robot supporter and Dr. Ben Garrod (The Day the Dinosaurs Died, BBC Two), an evolutionary biologist from Anglia Ruskin University and robo-sceptic, will uncover whether the rise of the robots will enhance the progress of humanity or ultimately threaten the survival of the human race.

With extraordinary access to the world’s leading robot-makers, they will meet the trailblazing machines who pioneered key evolutionary leaps for robot-kind, and their most advanced descendants – to uncover just how far we’ve really come.

Evolutionary biologist Dr Ben Garrod is unashamedly unnerved by the tremendous rate that robots are evolving. Whilst electronics engineer Professor Danielle George is welcoming them with open arms. To make sense of Ben’s fears and Danielle’s optimism, they set out to investigate the evolution of robots – treating them as if they are an emerging ‘species’.

Ben meets one of the most human like robots in the world – the disarmingly charming Erica - who might be warm to the touch, but her sense of humor falls decidedly flat. Their encounter seems weird enough until he meets her creator, who has made a robot twin of himself, and even has cosmetic enhancements to ensure they continue to look the same. He also finds out why it’s so difficult for robots to walk like us.

This episode uncovers the roots with our obsession with robots in human form, with a visit to the fearsome Eric – the UK’s first robot, to unpack the deep distrust of robots inherent in Western culture.

Danielle meets an early pioneer of robotic movement, who led the way for robots to take over the workplace, and ends up in a sea of robot arms, working in beautiful robotic harmony at a car plant. She also meets the latest breed of robots at Boston Dynamics, who combine biology with technology. Videos of their extraordinary robots - inspired by humans, animals and machines in form - have spawned millions of hits on the internet.

Hyper Evolution: Rise of the Robots explores questions over what happens when robots learn to think for themselves, and what will that mean for the future of humankind?

This video is part of Hyper Evolution: Rise of the Robots 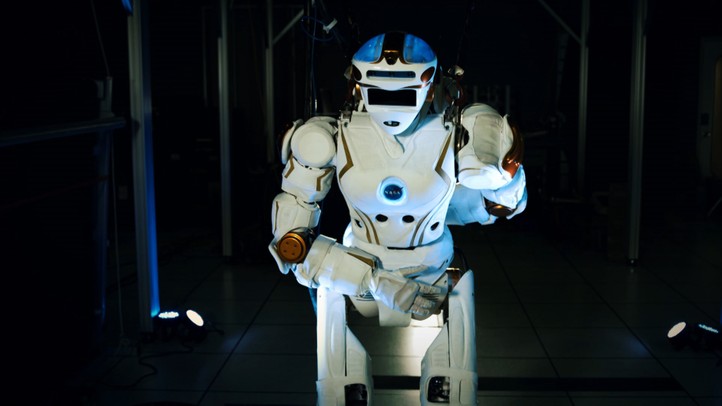 Related Content to Birth of a Robot: An Emerging Species