The story of Pocahontas and her romance with John Smith is a central piece of the mythology of America’s origins, and the tale has resonance beyond the American scene. But the popular story many of us know from children’s movies is almost entirely fabricated. So who was Pocahontas, really? Was she actually a heroic princess who saved the life of an Englishman and later married into English society? Or was she a pawn, her legacy essentially a story written by the English to help disguise their global legacy of bloody colonization?

The person known as Pocahontas is really more of an idea, invented by storyteller upon storyteller to fulfill various roles. Very little is known for certain about the legendary Native American princess, who died in England at 21, the wife of a colonist named John Rolfe. 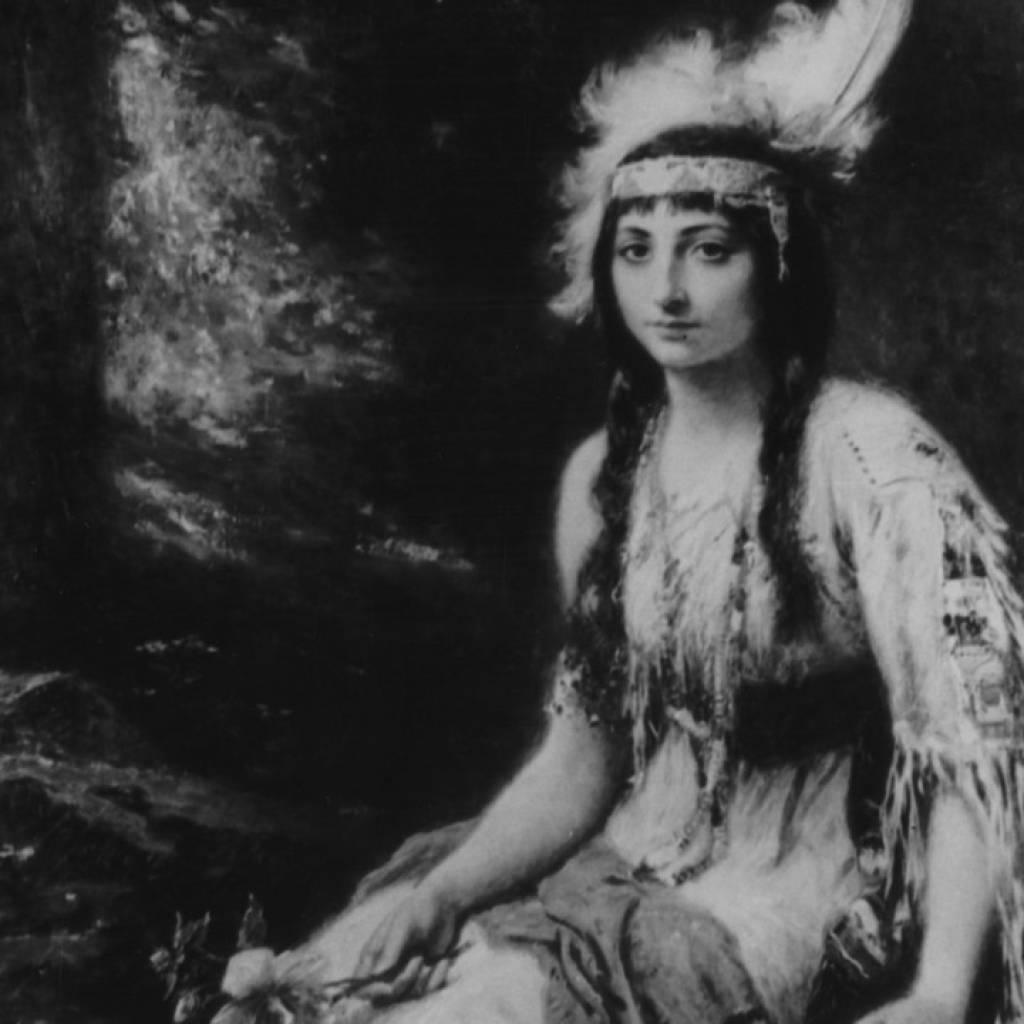 Hundreds of books have been written about Pocahontas’s legacy, but the closer you look at her story, the more it begins to fracture and dissolve. So much of her life story was told by other people, used to fulfill colonial purposes, or invented to align with various perspectives.

Can we actually know anything for sure about Pocahontas? And what can learning about who she really was teach us about history at large?

There are a few things we know for sure about Pocahontas’s childhood. Born around 1595, she was the daughter of Chief Wahunsenaca, the leader of a Powhatan nation located in what is now Virginia. Most historians conclude that Pocahontas was beloved by her father. She was a spunky, energetic, lovable child, and her personality earned her the nickname “Pocahontas.” Her formal name was Matoaka, which means “flower between two streams,” though she was sometimes known as Amonute.

According to most accounts, her mother died during childbirth, and this led to the extremely close relationship between Pocahontas and her father; other historians posit that her mother may simply have moved to another village. Regardless, Pocahontas lived with her father and gained skills typical to women in that culture. While all children were cared for by various members of their tribe, Pocahontas may have received special cultural training because she was the daughter of a chief, and she may have been taught certain skills and lessons.

No Fairytale: The True Story of Pocahontas and John Smith

In the spring of 1607, a boatload of English colonists arrived in Pocahontas’s homeland of Tsenacomoca. One of these passengers was the 27-year-old John Smith. Contrary to the narrative portrayed in the Disney movie, Pocahontas and John Smith were never in love. In fact, Pocahontas was only ten years old when Smith and his compatriots arrived in what would become the colony of Virginia.

When they first arrived, John Smith and his fellow colonists stayed nearby on Jamestown Island, but soon began to intrude on Powhatan’s territories. John Smith was feared among Native Americans because he would sometimes enter the tribe’s settlement and hold a gun to members’ heads, demanding food.

Still, the English and the Native Americans of the area developed an alliance out of shared fear of Spanish colonists. Eventually, John Smith was invited to join forces with the Native Americans, who offered to endow him with the position of “werowance” (or official leader) of the English colonists. It’s likely that Powhatan leaders were attempting to regain some form of influence or control over the colonists with this action.

“What is most important to remember when examining the ever-changing image of Pocahontas is the virtual absence of any analysis or thought by Native peoples on the subject.” — Jennifer Gray Reddish

Here, the story diverges and fractures. According to John Smith, Pocahontas saved his life during a four-day ceremony that was part of his process of becoming a werowance. This led to the popular, beloved idea that Pocahontas saved John Smith’s life in a romantic gesture of defiance, which Smith described in a 1616 letter to Queen Anne and in a 1624 book called Generall Historie.

But it’s likely that this never happened. Instead, most historians believe that when she threw herself over John Smith, Pocahontas was playing a scripted role as part of an orchestrated ceremony.

It’s also possible that Pocahontas was never even there. Children typically were not allowed to participate in these kinds of ceremonies, and so other historians believe that the account was either misunderstood or fabricated by Smith in an attempt to embellish the story.

Pocahontas’s Marriages and Her Captures

In the early 1600s, relations worsened between Powhatan members and colonists. During this time, Pocahontas, along with other members of her tribe, frequently brought food to starving Jamestown settlers and was probably instrumental in ensuring their survival.

It’s also likely that at some point during this period, Pocahontas married Kocoum, a young warrior, and moved with him to a Potowomac village. During a trip to the coast, the newly married Pocahontas was captured by colonists during the First Anglo-Powhatan War, which began in 1609. Sensing an opportunity, some of the English colonists tricked Pocahontas into boarding their ship and then held her for ransom, demanding that her father release colonial prisoners and return stolen English weapons. Her father released seven prisoners, but failed to return the weapons, and so the English refused to negotiate. 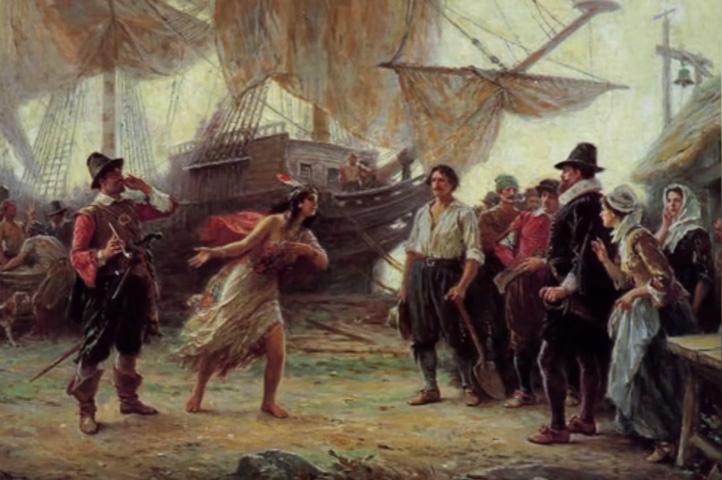 Instead, they kept Pocahontas captive, eventually taking her to an English settlement called Henricus. While there, she may have been converted to Christianity (though there is no express archival evidence of this), and she was renamed Rebecca. She also received a marriage proposal from John Rolfe in April 1614. Some believe that her release was contingent on the marriage proposal, though the truth is unknown. According to the traditional colonialist story, Pocahontas converted to Christianity and fell in love with John Rolfe, though it’s highly likely that this was a myth created to curry favor with the British public for Christian missionaries and colonists.

“Shopworn by sentimentality, Pocahontas endures and stands with the most appealing of our saints. She has passed subtly into our folklore, where she lives as a popular fable...Pocahontas is the archetypal sacrifice to respectability in America—a victim of what has been from the beginning our overwhelming anxiety to housebreak all things in nature” — Philip Young, The Kenyon Review

In the spring of 1616, Pocahontas, Rolfe, and their son Thomas sailed to England, and Pocahontas was treated as royalty. Her visit was orchestrated by the Virginia Company as an effort to advertise their colonial efforts.

Pocahontas became sick at the start of the return journey, possibly from lung disease she acquired from the smoke and pollution she inhaled in London, and died at age 21 in the town of Gravesend, England. She was buried on March 21, 1617.

How should we remember Pocahontas? For many years, her story served as a narrative of inter-cultural peace, a palatable story about how Native American peoples were willing to accept invasive white culture.

But a deeper look at the actualities of Pocahontas’s life reveals sobering truths. “In fact, she wasn't selling her soul and she didn't love white culture more than her own people’s culture,” says historian Camille Johnson. “[She] did everything she could to help her people.”

Over time, Pocahontas’s legacy has completely obscured her life, and her story has served as a vehicle for countless ideas. At first, it was used as a justification for colonial efforts. Then it was used as proof that Native American people could assimilate and convert to Christianity, and her image was Americanized and whitewashed in a multitude of paintings, such as John Gadsby Chapman’s The Baptism of Pocahontas, which portrayed her with European features. Just as Jesus and his disciples were whitewashed by European perspectives, Pocahontas’s legacy was altered to suit colonial viewpoints. 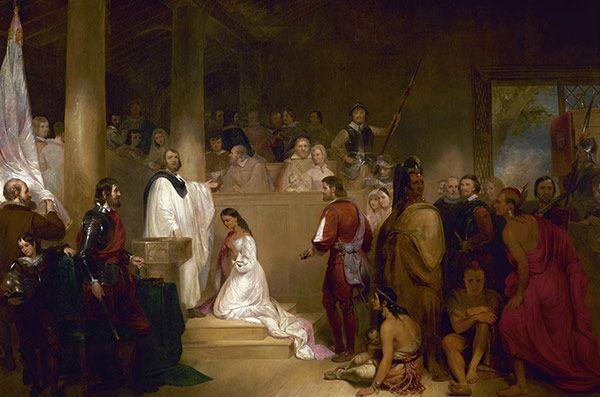 Used as a mythic symbol and an archetypical portrait of uncolonized land open for male domination, her story is thoroughly entangled with the distortion it has suffered. In decolonial studies that question the narratives taught by English colonizers, Pocahontas’s story has served as an emblem of how colonization not only ruined lives and destroyed cultures—it created stories to obscure the reality of its own evil, instead glamorizing invaders as heroic creators of a new world while valorizing and fictionalizing the nobility and compliance of the colonized.

“[The Pocahontas myth has been used by Americans] ‘to justify English (and later U.S.) conquest of Virginia and North America.’  —Kathleen DuVal, The Atlantic

For those with a stake in preserving the myth, her story is a symbol of Native American and European cooperation. It’s retained significance for some current inhabitants of historic Jamestown, many of whom continue to insist on the validity of the original John Smith-Pocahontas sacrifice story.

Over the past few decades, especially since the release of the highly criticized Disney film about her life, Pocahontas’s story has become symbolic for feminists and decolonial scholars and southern traditionalists alike. She’s been portrayed as a victim, a hero, a product of the male gaze, and a revolutionary, a symbol of colonization and freedom. She is a figure resistant to interpretation and at once vulnerable to countless interpreters, due to the prominence of her legend.

“The image of the Indian displayed mostly by the motion picture industry evolved from negative stereotypes created by chroniclers of the earliest white settlers. Efforts by American Indians to control their own public image have resulted, in part, from a desire to counteract five hundred years of white people's imagery of Indians” — Cornel Pewewardy, Ph.D.

We may never know who Pocahontas truly was, or how she felt about the colonists who invaded her homeland. If anything, the details of her story (or lack thereof) might tell us something about the way that stories are twisted out of shape by the people who tell them. Her tale could also reveal something about the way that so much of American history has been altered to fit certain perspectives. The inconsistencies and questions in her narrative might tell us something about how colonization imposes itself on peoples, destroying and silencing whole civilizations and then obscuring that destruction.

Maybe we don’t need to know who Pocahontas really was to know that there are gaps and wounds in the way American history is currently taught. Maybe we should try meditating upon those spaces for a while, understanding the tragedies that accompanied America’s founding, wondering how we can work on healing wounds instead of denying their existence. 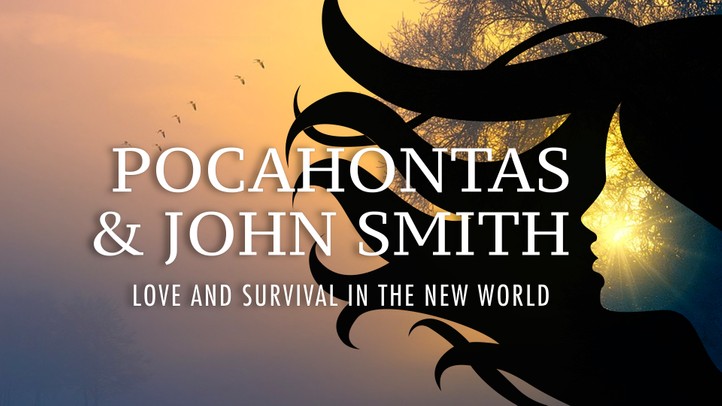 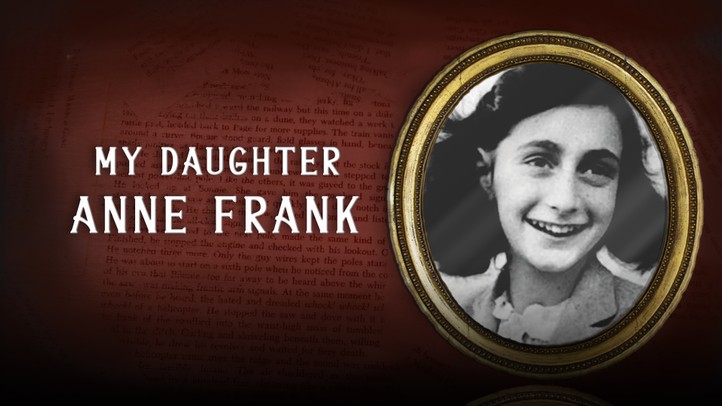 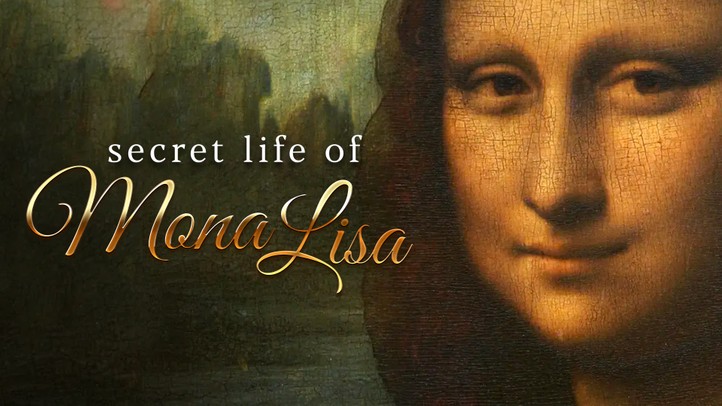 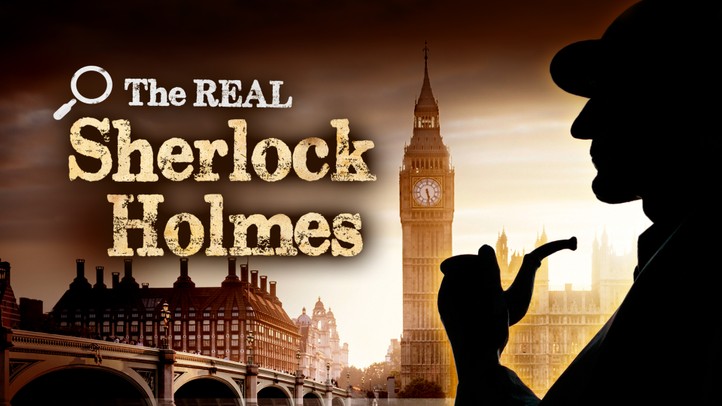 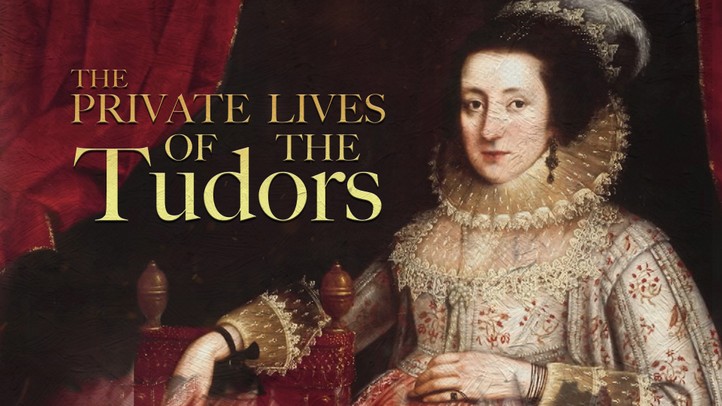 3 EPISODES
The Private Lives of the Tudors 4K 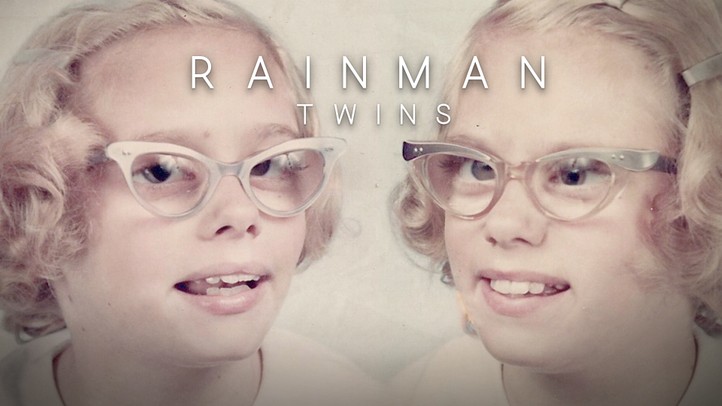 Buried treasure, sword fights, and eyepatches – it’s easy to be enthralled by tales of pirates in books and film....

The Surprising History of Gift-Giving: From Chimpanzees to St. Nicholas

From the animal kingdom to the kingdom of God, gifts...

Alice’s Adventures in Wonderland has delighted...