Who Was the Real Mona Lisa?

There’s consensus on the model who posed for the iconic Mona Lisa. But could other muses have inspired Leonardo da Vinci’s enigmatic masterpiece?

Each year, over six million people come to see one enigmatic figure. She stares through a pane of glass, frozen in oil paint, eternally mystifying people with her strange half-smile.

She’s Leonardo da Vinci’s Mona Lisa, perhaps the most iconic subject ever depicted in a piece of art, and yet despite all her fame, precious little is known for sure about the woman who inspired the painting. She remains a relative mystery, an elusive figure always daring us to question who she really was – and what really inspired that enigmatic smile.

When I went to see the Mona Lisa in Paris, I found myself staring at her from behind a large and noisy crowd. We were separated from her by a barrier and a pane of glass, which increased the alienation I felt from the portrait, highlighting the distant and unknowable nature of its subject. Perhaps that’s why I, along with so many others, have dredged through history to learn who she really was. Like many icons whose faces are everywhere but whose true selves are obscure to us, the further away she is, the more we want to know.

Join the debate about the true origins of the Mona Lisa with MagellanTV's Secret Life of Mona Lisa.

Inside the Search for the Real Mona Lisa

Debates about who inspired the Mona Lisa have been ongoing for centuries. However, the majority of historians have concluded that the woman depicted was Lisa Gherardini del Giocondo, the wife of a wealthy Florentine merchant.

One of the first suggestions that Lisa was the painting’s subject was put forth in 1550 by biographer Giorgio Vasari. In 1550, Vasari published a description of the Mona Lisa in his collection of biographies entitled The Lives of the Most Excellent Painters, Sculptors and Architects. In it, Vasari eloquently describes the Mona Lisa, and also provides critical information about her origins, writing, “Leonardo undertook to execute, for Francesco del Giocondo, the portrait of Mona Lisa his wife, and after he had lingered over it for four years, he left it unfinished; and the work is today in the possession of King Francis of France, at Fontainebleau.”

The Mona Lisa’s Italian title is “La Gioconda,” meaning "the joyful one." Its similarity to “del Giocondo” has led many to wonder if the painting’s name is a punning reference to Lisa.

In 2005, Armin Schlechter, an expert from the University of Heidelberg, discovered a 500-year old note written by one of Leonardo’s friends, Agostino Vespucci, which mentioned that the master was working on a portrait of Lisa. The discovery all but confirmed that Lisa was the model behind the Mona Lisa.

Who Was Lisa Gherardini del Giocondo?

Lisa Gherardini was born in Renaissance Florence, in 1479. Relatively little is known about her life, but according to various sources, including a book by Guiseppe Pallanti and Martin Kemp, she came from an aristocratic Florentine family that had gradually declined in influence. Her mother apparently died in childbirth, and Lisa was the eldest of seven children. She moved several times during her childhood, often spending summers at her family’s wheat farm in Chianti.

At age 15, Lisa married silk merchant Francesco del Giocondo, who was almost twice her age. Lisa’s father, who had fallen upon hard times, apparently struck a deal with the merchant, who agreed to sell a piece of his land in exchange for Lisa’s hand in marriage. It appears that Francesco did feel some actual affection for his wife, perhaps even marrying her for love. 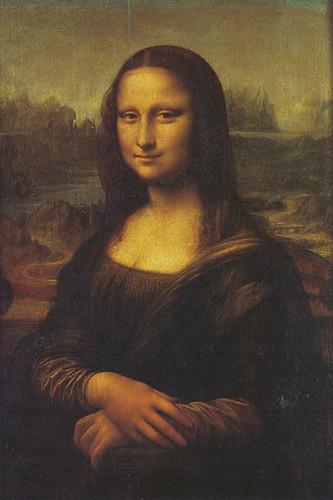 The Mona Lisa by Leonardo da Vinci. (Collection of the Louvre, Paris)

Yet Lisa del Giocondo’s married life was no fairytale. According to researcher and journalist Dianne Hales, “[Lisa’s] family lived in violent times and were violent people.” And, per Kemp and Pallanti, in addition to selling cloth and silk, Lisa’s husband “regularly bought” slave girls from North Africa, converting them to Christianity and selling them off for profit.

Lisa was “caught in a whirl of political upheavals, family dramas, and public scandals. Descended from ancient nobles…Lisa’s life spanned the most tumultuous chapters in the history of Florence, decades of war, rebellion, invasion, siege, and conquest – and of the greatest artistic outpouring the world has ever seen.” —Mona Lisa: A Life Discovered by Dianne Hales

The couple lived a middle-class life, and Lisa gave birth to six children, with one dying in childbirth. Two of Lisa’s children, Camilla and Marietta, became nuns and were apparently embroiled in a scandal involving an amorous incident wherein four men visited their convent in the dead of night. In spite of the scandal, Francesco eventually became a Florentine official, developing connections with the Medici family. He died in 1537, and Lisa spent the last years of her life in Florence’s Sant’Orsola convent, dying in 1542 at age 63.

So why did Leonardo da Vinci choose to paint Lisa? Most historians agree that Francesco del Giocondo commissioned the portrait of his wife, likely in order to celebrate the purchase of a new home. Leonardo had no source of income in 1503, and so accepted Francesco’s commission. However, oddly, the master was never paid and the painting never made it to Francesco. Instead, Leonardo carried it with him and worked on it periodically over the years until his death.

While most of the evidence seems to indicate that Lisa del Giocondo was the inspiration for the Mona Lisa, several theories to the contrary remain plausible.

In 2011, a team of Italian researchers proposed that the Mona Lisa may have been inspired not by a woman, but by a man named Gian Giacomo Caprotti. He was Leonardo’s apprentice, and while the nature of their relationship has never been definitively clarified, many experts postulate that they were lovers. Nicknamed Salai, the young apprentice had an effeminate face, and may have also inspired Leonardo’s paintings “St. John the Baptist” and the “Angel Incarnate.” However, this theory was rejected by the Louvre, which disputed the researchers’ evidence. 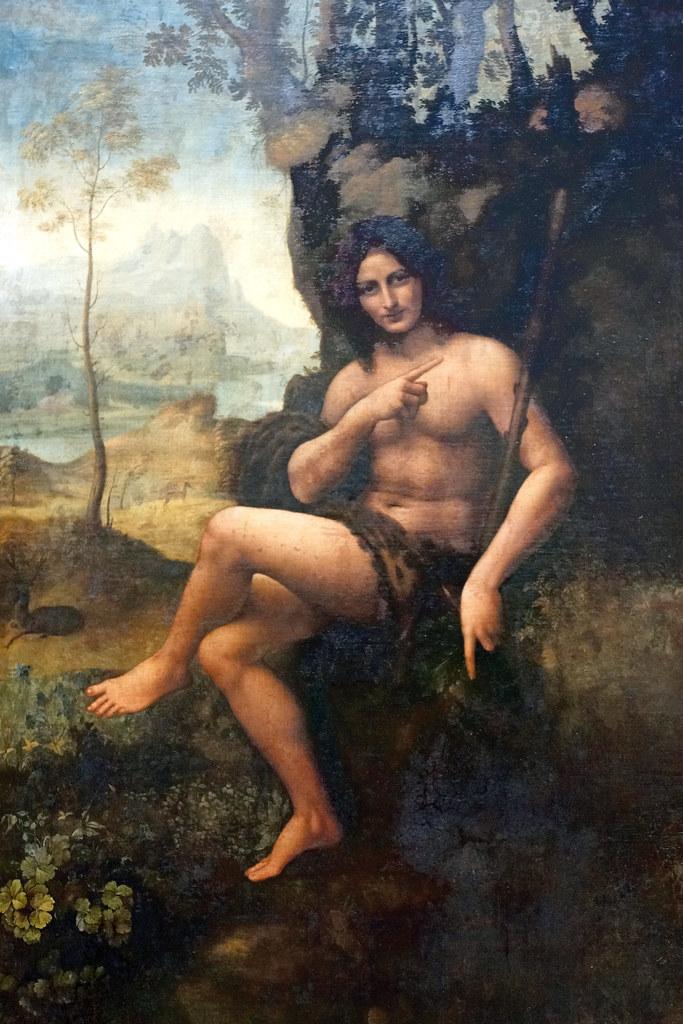 Others have suggested that the Mona Lisa was based on Isabella of Aragon, the Duchess Consort of Milan, whom Leonardo painted on several occasions. Still others, including Sigmund Freud, have proposed that the painting is based on the artist’s mother, Caterina. Freud apparently believed that the Mona Lisa’s mysterious smile may have arisen from an unconscious memory of his mother.

Another theory suggests that the portrait may in fact have been commissioned by Giuliano de’ Medici, who may have asked Leonardo to paint a portrait of his deceased mistress, Pacifica Brandini, the mother of his son Ippolto. This conjecture is based on a note written by Antonio de Beatis in 1517, which claimed Leonardo showed him a beautiful portrait of a Florentine woman that had been commissioned by Medici.

Still others speculate that the Mona Lisa may be a combination of a number of women’s faces, or a slightly altered self portrait, or even an invention created by Leonardo’s fertile imagination. Despite the evidence that indicates that the portrait depicts Lisa del Giocondo, questions continue to crop up, leading to some doubts about the validity of this claim. For example, why did Leonardo never submit the painting to Francesco del Giocondo?

Regardless, one thing is undeniable: The masterpiece has had an indelible impact on almost everyone who sees it. For a project based on mystery and elusiveness, it feels appropriate that the Mona Lisa’s identity has been surrounded by debate and false information. As much as we want to understand her, we cannot ever truly know her – or Lisa del Giocondo, lost in history but immortalized in paint forever.

Eden Arielle Gordon is a writer, editor, and musician based in San Francisco, California. Her work has been published in Slate, Grunge, Popdust, Lilith Magazine, and Untapped Cities, among others.