Did a gay – or bisexual – Shakespeare insert queer themes into his work? If so, he was even more subversive and groundbreaking than we thought.

Were more romantic lines ever put to paper than Shakespeare’s Sonnet 18? “Shall I compare thee to a summer’s day? / Thou art more lovely and more temperate.” The love-besotted narrator continues, “thy eternal summer shall not fade, / Nor lose possession of that fair thou ow’st.” The narrator is, in the tradition of the day, male, voicing elevated emotions to the object of his love.

But to whom is the poem addressed? You might be surprised to learn that the object of the poet’s affection was another man. And this is only one of scores of Shakespeare’s sonnets addressed to a “Fair Youth” – a male in his early adulthood who had captured the attention of the poem’s narrator, and perhaps the poet himself. Fully 126 out of his 154 sonnets, originally published together in 1609, are addressed to this mysterious man, also called “Fair Lord” and the “Mr. W.H.” to whom the set of poems is dedicated.

Does this, then, establish that Shakespeare was gay? Or, given that he was married to Anne Hathaway and fathered three children with her, could he have been bisexual?

For more about the life of William Shakespeare, check out the documentary Shakespeare: The King's Man on MagellanTV.

Male Objects of Desire in Shakespeare’s Sonnets and Beyond

As a writer with a queer sensibility, and one who values close reading of literary texts, I’m intrigued by these questions. I am also aware of the trap of conflating the voice of the poetic narrator – the “I” of the poem – with the biography of the poet. In most cases, I would avoid assigning a sexuality to the writer of a poem with gay content. But scholarly analysis published in the 2020 book All the Sonnets of Shakespeare by leading Shakespeare specialists Sir Stanley Wells and Dr. Paul Edmondson makes clear that the large majority of the sonnets are addressed to at least one man, and that the ardor, love, and affection they describe is undeniably same-sex oriented.

The Sonnets, first published in 1609, were soon recognized for their many same-sex allusions. In 1640, John Benson published a new edition that changed masculine pronouns to feminine and added titles that misleadingly addressed “Fair Youth” poems to a woman.

I also have another side, perhaps an impish one, that would gaily assign the queer label to Shakespeare, who may have consciously crafted coded subtexts into his entire body of writing. I find “queer readings” of the “hidden” sexuality of characters in his plays to be persuasive and engaging. What if Antonio’s professed love for his mate Bassanio in Merchant of Venice goes beyond platonic ideals? What if Mercutio’s affection for Romeo veers into attraction? And what about the sexual confusion – some might say anarchy – of two of his comedies, A Midsummer Night’s Dream and Twelfth Night, which feature both gender confusion and same-sex attraction? What if Shakespeare was even more subversive and ground-breaking in this realm than we’d thought?

Searching Shakespeare’s Life, and His Marriage to Anne Hathaway, for Clues to His Sexuality

One problem we face, of course, is that there is no known archival evidence that would speak to this aspect of Will Shakespeare’s private affairs. Even if Shakespeare did have same-sex lovers, it’s hardly likely he would have had opportunities to crow about them in any of the historical records (official or unofficial) of the day. And what we know about his wife, Anne Hathaway, is hardly definitive proof of the entirety of his sexual practice. What we do know is that she was eight years older than he, and that their first-born Susanna came into the world only six months after the nuptials. Their marriage did endure – though they were frequently separated – and they had more children, but it is reasonable to ask if this was a forced marriage – or possibly one of convenience – to conceal an absent father. But none of this is certain, and much about Anne Hathaway remains unknown.

Unlike another cultural icon, Leonardo da Vinci, who was arrested for sodomy (but not convicted), Shakespeare is not known to have had any scandalous run-ins with the law. The penalty for this behavior, a punishment of which the Bard was certainly aware, was death. And the name for it – sodomy – was a catch-all term that covered basically everything outside missionary sex within marriage for the purpose of procreation. 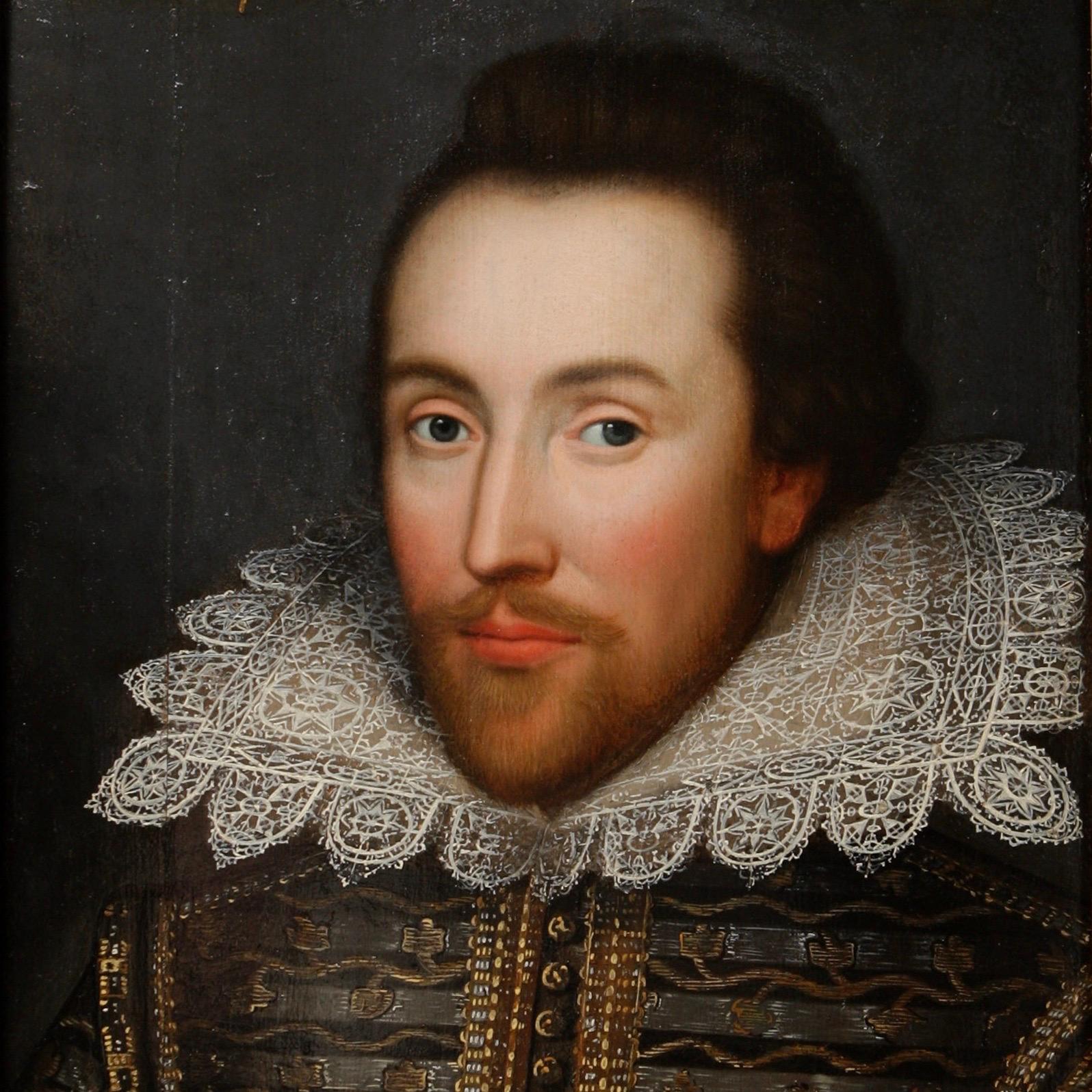 “It’s certainly not impossible that he did; it’s certainly not definite that he did.” That’s the perspective of Dr. Elizabeth Dollimore, Outreach and Primary Learning Manager at the Shakespeare Birthplace Trust (SBT) in Stratford-upon-Avon, Shakespeare’s hometown. Speaking to an SBT podcaster on the likelihood of the Bard’s possible sexual dalliances with same-sex partners, Dr. Dollimore, quite sensibly, equivocated.

Another avenue for scholars investigating the question of Shakespeare's sexuality is to ask: Did he craft veiled autobiographical themes into his work? “When a poet whose name is William writes poems of anguished and unabashed sexual frankness which pun on the word ‘will’ – 13 times in [Sonnet] No 135... It is not unreasonable to conclude that he may be writing from the depths of his own experience,” proclaims Sir Stanley Wells, professor emeritus at the University of Birmingham.

In contrast, the Shakespearian scholar Sir Brian Vickers, distinguished senior fellow at the School of Advanced Study, University of London, counters Wells’s assertion. Vickers avers, “If you … say that his 126 poems are like this, then people stop reading them as poems. They read them as biographical documents, looking for imputed sexuality.”

Without knowing Shakespeare’s intimate autobiography, we may still delight in uncovering queer themes throughout his writing. Shakespeare the man may have been sexually attracted to other men, but it’s Shakespeare the author we’re really interested in. That author embedded so many arguably gay and lesbian character motivations into his works that they’re honestly impossible to ignore once you’re keyed into them.

Whether he did this merely for the entertainment of sophisticated audiences or not, the impact of all the queer characters and situations in his work reveals a world with many facets, one well beyond the binary choices of a heteronormative universe. Artistic director of the Royal Shakespeare Company Greg Doran said in 2017 that productions of Shakespeare’s plays with gay subplots should emphasize the plays’ gay content: “Sometimes those gay characters are not played as gay, and I think in the 21st century that’s no longer acceptable.”

Hiding in Plain Sight: Shakespeare on Queer Love and Desire

I would suggest that theatergoers of the Bard’s day would have found such “gay” characters suggestive, and they may also have nodded and winked at the prospect that his characters might pair off offstage in ways that would shock the gentry.

In the context of a theatrical production, such finely-calibrated rhetoric could surely have been lost – except, I’d suggest, to those whose ears resounded with joy at the insinuation of men pursuing men for loving companionship, and women (played by men) pursuing and being pursued by men. As for Shakespeare, he certainly was writing for the delight and attentiveness of his audience. Whether he consciously added a “special sauce” of homosexuality, we may never know definitively, but at least we can wonder at the ambiguity of it all.

True crime entertainment is almost as old as printing. The first known play based on a real-life murder appeared in late 16th-century London. There’s good reason to think the…