Once upon a time, Dr. Hannah Fry was an awkward young student finding solace in her love of mathematics. Today, she’s an eminent mathematician teaching millions to find the magic in numbers. In a world that’s increasingly reliant on ever-more-obscure algorithms, it’s crucially important to consider math and science through a sensitive, deeply human lens – which is exactly what Dr. Fry is doing. From her documentaries about whether mathematics is real to her research on Christmas to her TED talk and book on the statistics of finding long-lasting love, she has a way of making math appealing and profoundly relevant for everyone.

Hannah Fry is upside down on a rollercoaster. She’s doing this to prove a point – that Newton’s Law of Gravity, like all mathematical theorems, has very real, relevant, and thrilling consequences, and we feel them every time we take a leap. Whether she’s hopping on a carnival ride in the documentary episode “Numbers as God” or trying to use an algorithm to forecast the timing of the next riot, making math exciting is what Dr. Fry does best.

Now, I don’t know about you, but I immediately balk at the very mention of math. In fact, math was so stressful to me throughout my school days that today, when confronted with even the simplest equation, I find myself whipping out my cell phone calculator. 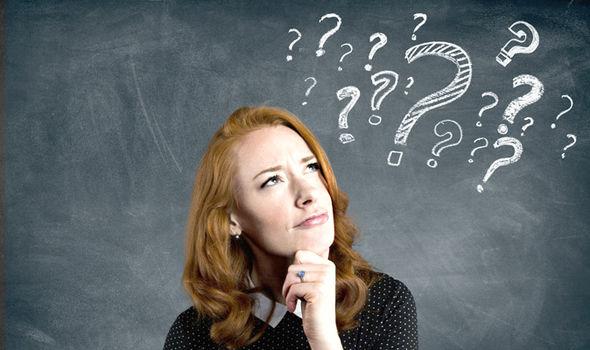 So, admittedly, I wasn’t thrilled at first about watching Hannah Fry’s mathematics documentaries. However, though I’m not one for numbers, Fry addresses some of my most burning questions about human life, such as: Is there a God? How will we survive in an age where algorithms rule? And how does one find lasting love? She does it all with a sense of enthusiasm that instantly transports you far away from your average dusty math classroom, working with a diverse set of mostly female mathematicians to explore everything from game theory to quantum physics.

From here on, let’s take a tour through the most fascinating parts of Fry’s life, work, and documentaries. Don’t worry, though: There won’t be any equations here – only the most enthralling questions about love, God, and all that makes us alive.

Hannah Fry’s Impressive Résumé: The Mathematics of Love and Christmas

Born Irish Catholic, Hannah Fry attended school in England. Though she is an engaging presence on camera and in writing, apparently her confidence and easygoing air didn’t always come so naturally. “As a 6ft redhead at secondary school, I was below the bottom rung of the so-called ‘coolness ladder,’” she said in an interview with Elle magazine. “I just didn’t fit in, and I thought I was the problem. I wish somebody had told me that what makes you unusual as a teenager is what you end up appreciating about yourself, and it can give you drive.”

That drive seems to have paid off, for her accomplishments are numerous and impressive. She earned a Ph.D. in fluid dynamics from University College London, and today, she’s found success teaching how math influences and explains patterns in human behavior.

And what could be more human in the 21st century than wondering what will make you stand out on dating apps? That’s one question that Fry answers in her popular research on love, which she summarizes in her first book, The Mathematics of Love: Patterns, Proofs, and the Search for the Ultimate Equation. Published in 2015, it concerns ways that mathematics can be used to map patterns of success in relationships and dating.

For anyone still wondering about the dating apps questions: Turns out it’s not about attractiveness. The statistics reveal that people with unique and polarizing traits like tattoos and dyed hair seem to do better (so if you’re holding back on the dye job, you might just want to go for it).

“Human emotion isn’t neatly ordered and rational and easily predictable, but that doesn’t mean that mathematics doesn’t have some things that it can offer us. Because love is full of patterns, and mathematics is all about the study of patterns.”  —Hannah Fry, The Mathematics of Love

Her second book, The Indisputable Existence of Santa Claus, explores Christmas-related themes and questions, such as how to use game theory to pick out the perfect presents for your family, and – of course – how to prove that Santa Claus is real. The third book, Hello World: How to Be Human in the Age of Machines, is about living in the age of algorithms. In a world where Facebook and most major websites use mysterious algorithms to curate what we see online, Fry’s observations about how we can learn to retain our autonomy and live equitably with algorithms are vital and enlightening.

Fry also frequently appears on BBC Radio 4, presenting on everything from how the Earth changes in a day to how microplastics influence the human food supply. She’s also a podcaster, public speaker, award-winner, and of course, a host on MagellanTV.

Is Anything Real, and What Does Math Have to Do With God?

Now, having established Dr. Fry’s impressive résumé, let’s dive into her passion – math – and what it can teach us about our relationship to the world around us.  And believe me, the trip is very different from what you might remember from the stuffy math courses you sat through in school.

To give you a glimpse into just how Fry changed my outlook on math, let’s take a look at her three-part documentary series, Magic Numbers: Hannah Fry’s Mysterious World of Maths. This series travels through some of the most mystifying questions about mathematics, focusing on the question of whether math was invented just like a human language, or whether it has an inherent existence outside of human perception.

“There is a mystery at the heart of our universe. The mystery is why mathematical rules and patterns seem to infiltrate pretty much everything.”  —Hannah Fry, Magic Numbers: Hannah Fry’s Mysterious Worlds of Math

In the episode “Numbers and God,” Fry entertains all sorts of arguments as to why math is not a human invention – such as the ancient Greeks’ observation that the Solar System and many objects in nature resemble patterns also found in music theory. She also draws parallels between mathematical concepts and God, citing the number zero and the concept of nothing. “Is zero a number or an idea?” she asks, and a similar question could probably be asked about God.

In “Expanded Horizons,” Fry examines the notion of infinity and gravity, which further complicate the question of whether math was invented or discovered. Later, in “Weirder and Weirder,” she examines Bertrand Russell’s paradoxical theory that math is a flawed, human language – and counters it with an exploration of Einstein, quantum physics, and multiple realities. 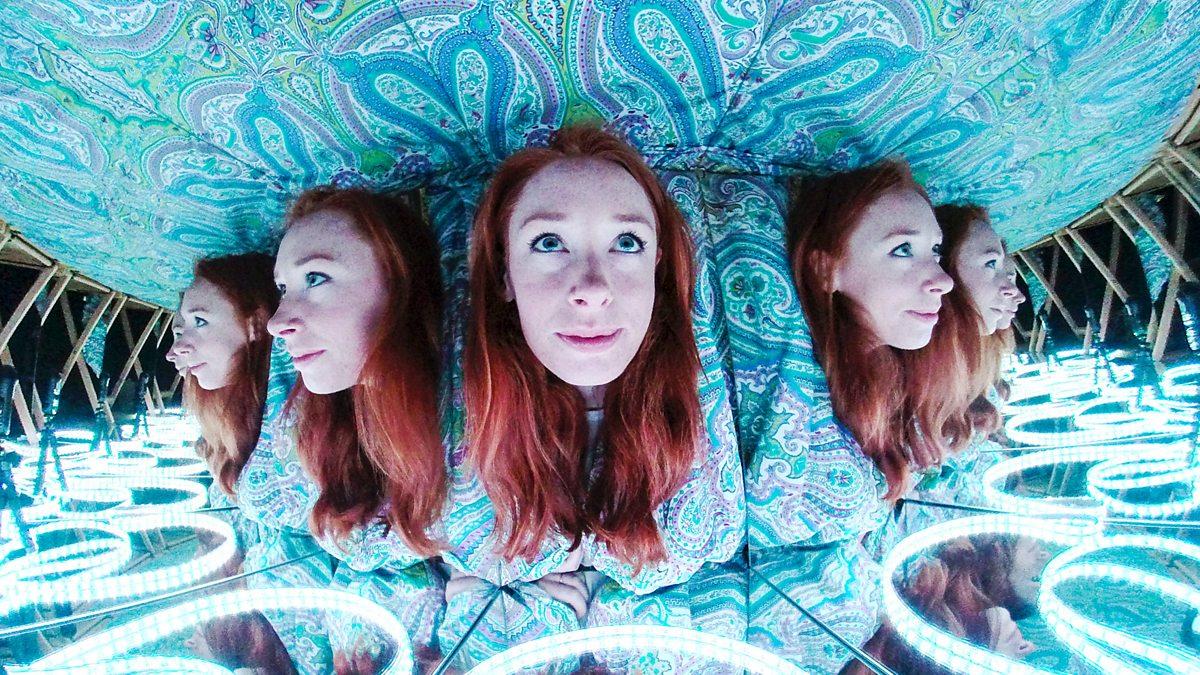 Whether or not mathematics is invented or innate, it’s here to stay. And though it’s fascinating to think about math and its relationship to God and parallel universes, most of us are probably a little bit more concerned about our immediate reality – because even if we’re living in a computer simulation, that doesn’t change the fact that we all want to survive, succeed, and find love.

Gaming the System: The Mathematics of Winning

If you’re more concerned about success in life than whether math (or anything) is real, you’re not alone. Fortunately, Hannah Fry has a few equations for those things, too. In the documentary The Joy of Winning, Fry explores game theory, which attempts to identify patterns in how two or more players compete in various scenarios. Citing everything from professional cyclists to reality television stars, Fry explains how game theory can help us analyze and hack any situation.

However, Fry also reminds us that in competition, as in love, uncertainty rules – and also as in love, sometimes cooperation and conversation will work better than any amount of contention. In Hannah Fry’s world, sometimes we just have to learn to live with each other… even if “each other” is an algorithm written by a cyborg.

Living With Algorithms, Looking to the Future

Finally, in the documentary Joy of Data, Fry addresses a common theme in her work: How do we, as humans, learn to live with algorithms? This will be an important question in the future, for soon enough, algorithms will control who owns our data, which might allow them to influence our relationships, driving habits, and major life decisions.

“The future doesn’t just happen. We create it.”  —Hannah Fry, Hello World: Being Human in the Age of Algorithms

In her work on algorithms, Fry argues that it’s important to remember what makes us human when dealing with machines. But on the other hand, perhaps algorithms could help us correct some of our many human mistakes, which would, in part, require identifying those mistakes and the biases and flaws that created them.

“Using algorithms as a mirror to reflect the real world isn’t always helpful, especially when the mirror is reflecting a present reality that only exists because of centuries of bias.”  —Hannah Fry, Hello World: How Algorithms will Define our Future and Why We Should Learn To Live With It

Perhaps the best future, Hannay Fry implies, is a cyborgian one in which humans work together with algorithms. Could we learn to coexist, kind of like two quantum particles (in the most basic sense)? After all, coexistence is something we humans need to work on more deliberately these days.

And if a math-shy person like me can learn to coexist with and even appreciate mathematics, then really, anything is possible. 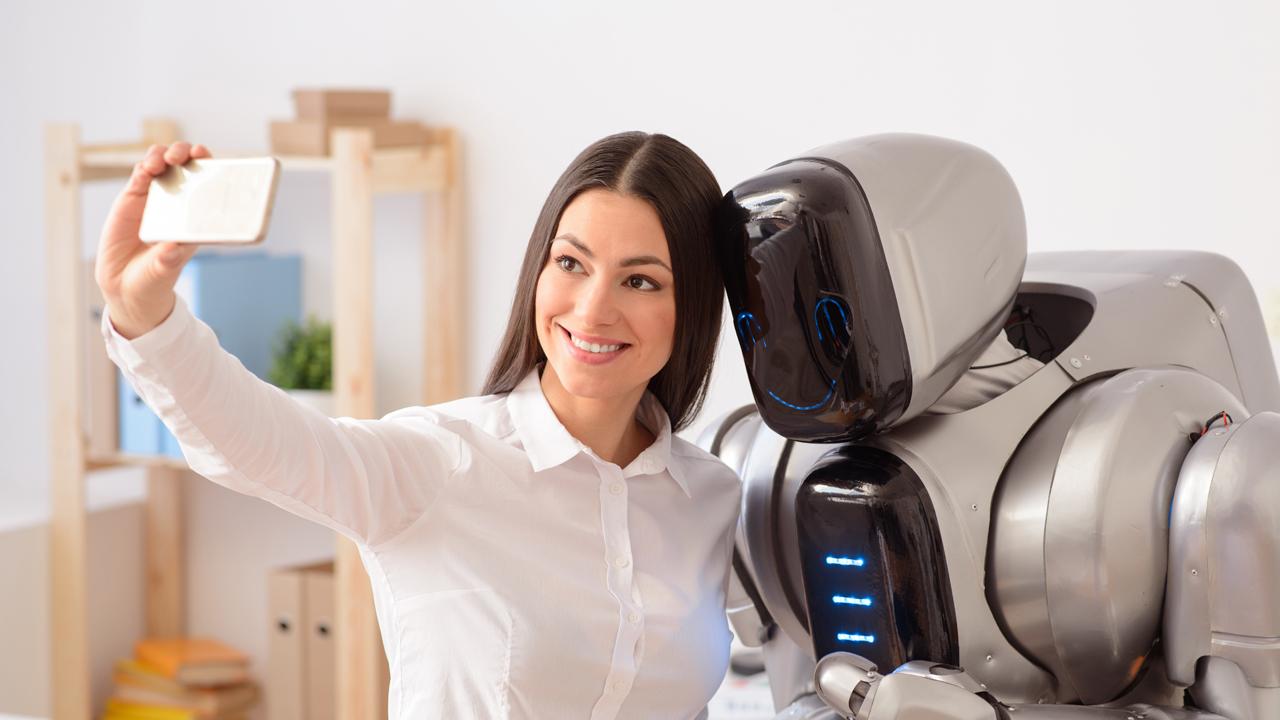