Obsessive Compulsive Disorder is a lot more than just checking if your stove is on. Millions of Americans are affected by this often debilitating condition. But what causes it? While many aspects of OCD remain a mystery, researchers are discovering more each day. Here’s what we know so far.

Imagine this: You’re on your way to work, sitting in traffic, and a thought pops into your head. “Did I lock my front door?” Then you think, “Should I go back to check?”  We’ve all been there at one time or another. But for millions of people, ignoring the urge to return home to check the lock is not an option.

We’ve seen Obsessive Compulsive Disorder (OCD) in books, on the big screen, and on some of our favorite television shows. Who remembers the loveable, yet quirky, TV detective Adrian Monk? He had an uncanny ability to solve cases, even if he felt compelled to bend over backwards to avoid germs and keep his home (and even crime scenes) in order. Watching the show, this exaggerated character seemed to be wholly fictional – how could someone live like that? But, while the media may exaggerate certain conditions, the truth of OCD – for some – is not so far off from the fictional reality of Mr. Monk.

So, what does OCD look like in the real world?

Obsessive Compulsive Disorder is defined by the fifth edition of the Diagnostic and Statistical Manual of Mental Disorders as the presence of obsessions, compulsions or both. In order to qualify as OCD, obsessions and compulsions must take up at least an hour of one’s daily routine and/or cause clinically significant distress or impairment in important areas of functioning.

From the documentary "OCD and Me".

Obsessions are defined as persistent, uncontrollable thoughts, impulses, or images that are intrusive, unwanted, and disturbing. They cause anxiety and discomfort, and significantly interfere with normal life. Compulsions are the rituals performed by an individual in an attempt to relieve distress caused by obsessions. These rituals can be physical or mental tasks.

What do the experts say? For Learning Theorists, compulsions are believed to be learned responses that help an individual reduce or prevent anxiety or discomfort due to obsessions. Cognitive Theorists suggest that the truth lies in, well … untruth. These experts suggest that it’s the individual’s misinterpretation of intrusive thoughts that leads to the creation of obsessions and compulsions.

According to the Obsessive-Compulsive Cognitions Working Group (an international group of researchers), there are six types of dysfunctional beliefs associated with OCD.

While most people with OCD realize their obsessions are irrational, they believe that performing their compulsions is the only way to relieve anxiety or discomfort. Each person has his or her own set of rituals and unique experiences with OCD. We can begin to understand OCD further by listening to personal accounts – as in the documentary, OCD and Me, where four individuals share their own unique experience of dealing with OCD.

Who’s at Risk of Developing OCD?

Still wondering if you locked your door? Occasionally pondering if you forgot to lock it does not necessarily mean you have OCD. Remember: For an individual with OCD, symptoms generally last more than an hour each day, and interfere with daily life – sometimes significantly.

The Yale-Brown Obsessive Compulsive Scale (Y-BOCS) is the most common tool to diagnose and measure the severity of obsessions and compulsions.

So what causes OCD? Unfortunately, that remains a mystery. While an exact cause has not been determined, some researchers believe that the activities of several portions of the brain are responsible. The findings of these scientists suggest that OCD may result from communication errors among parts of the brain, and that abnormalities in neurotransmitter systems (those chemical messengers such as serotonin, dopamine, and glutamate) are involved. Researchers have zeroed in on the possibility that OCD might result from a person’s brain being unable to respond normally to one specific neurotransmitter: serotonin.

Genetics may also play a part. According to the National Alliance on Mental Illness (NAMI), if a parent or sibling has OCD, there’s about a 25% chance that another immediate family member will also have it. Studies involving twins have also been done to evaluate the link between OCD and genetics. Results indicate that if one twin has OCD, then it’s more likely that his or her identical twin will also have it. As a result of these studies of twins, it’s theorized that genetics could make up as much as 45-65% of the risk for developing OCD. While the theories are being studied and tested, it is still unknown if there is a specific genetic cause for OCD.

Unlike some other psychological disorders for which gender may be a risk factor, men and women have an equal chance at developing OCD.

So, it appears that “nature” might be a significant factor in a person’s developing OCD, but how about “nurture”? Environmental factors are also thought to have a hand in OCD development. Environmental stressors (i.e. abuse, trauma, illness, death in the family, conflict with loved ones, pregnancy and childbirth, and major life changes) may trigger or worsen OCD symptoms. Additionally, in rare cases, infection, brain injury, or stroke can lead to OCD. Certain parenting styles might also trigger OCD symptoms in those predisposed. And, unfortunately, well-meaning parents will often encourage compulsive behaviors.

Such encouragement by parents is known as parental accommodation, and is thought to increase OCD symptom severity and impairment. If a child is always afraid of germs, for example, it’s hard to blame parents for encouraging them to wash their hands frequently. But, encouragement of what seems to be an ordinary, harmless activity that soothes a child’s fears can lead to compulsions that develop into OCD symptoms. Learning about OCD can help parents avoid the inadvertent teaching of damaging behavior.

Who Is Affected by OCD?

According to the National Comorbidity Survey Replication (NCS-R) – a national, face-to-face, household survey conducted between February 2001 and April 2003 – 1.2% of U.S. adults reported they had OCD in the past year. This 1% estimate accounts for about 2.2 million American adults … and the numbers are rising! Taking into account more recent research, the National Alliance on Mental Illness (NAMI) reported that nearly one out of 40 Americans (2% of the population) will be diagnosed with OCD during their lifetime. The Substance Abuse and Mental Health Services Administration (SAMHSA) believes the number could be even higher, asserting that as much as  3% of the U.S. population may suffer from OCD.

According to the World Health Organization, OCD is one of the top 20 causes of illness-related disability, worldwide, for people between the ages of 15 and 44.

Adults aren’t the only ones who suffer from OCD. While researchers believe that the average age of onset is 19-years-old, they estimate that one-third of people with OCD first experience symptoms during childhood. According to the Anxiety and Depression Association of America, 25% of cases occur by age 14.

Are There Effective Treatments for OCD?

Regrettably, there is no known cure for OCD. However, there are a handful of treatments – including psychotherapy and/or medication – that may alleviate some, if not all, symptoms.

Cognitive-Behavioral Therapy (CBT) is the most effective known treatment for OCD. Techniques include Exposure and Response Prevention, a type of CBT that is designed to reduce obsessions, compulsions, and anxiety in patients. Exposure and Response Prevention treatment involves patients gradually facing their fears (exposure), while resisting the urge to perform rituals (response prevention).

Not all those who are afflicted seek help. It is estimated that fewer than 10% of people with OCD currently receive treatment.

Certain medications, especially when used in conjunction with CBT, are thought to be successful in treating OCD. Selective Serotonin Reuptake Inhibitors (SSRIs) are most commonly prescribed to patients with the disorder. Remember, we learned that OCD may occur because the brain cannot properly handle serotonin. Well, SSRIs block the reuptake of serotonin in the brain, which causes higher than healthy levels of serotonin to be present. According to the International OCD Foundation, medication (like SSRIs) may reduce OCD symptoms by 40-60% in most patients.

TV detective Adrian Monk avoided germs, handshakes, and anything unsymmetrical. Though a brilliant investigator, his obsessions and compulsions made his life cumbersome – just as life can be for those suffering from OCD in the real world. While there is no cure, mental health professionals are always working to find new ways to help individuals with the disorder. In the meantime, we can educate ourselves in order to better understand and aid people with OCD.

Do you, or someone you know, suffer from OCD or another anxiety disorder? There are several support hotlines that you can contact for questions, support, and resources – including the National Alliance on Mental Illness (NAMI) Helpline at 1-800-950-NAMI (6264) or info@nami.org, and the Substance Abuse and Mental Health Services Administration (SAMHSA) 24-Hour Helpline at 1-800-662-HELP (4357). Click here for a list of other Helpline resources compiled by NAMI. 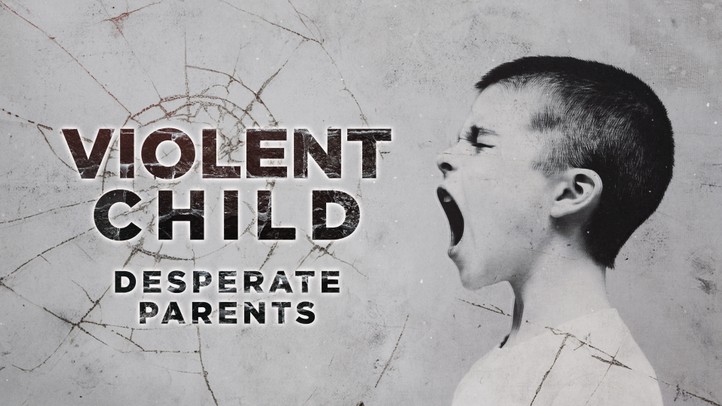 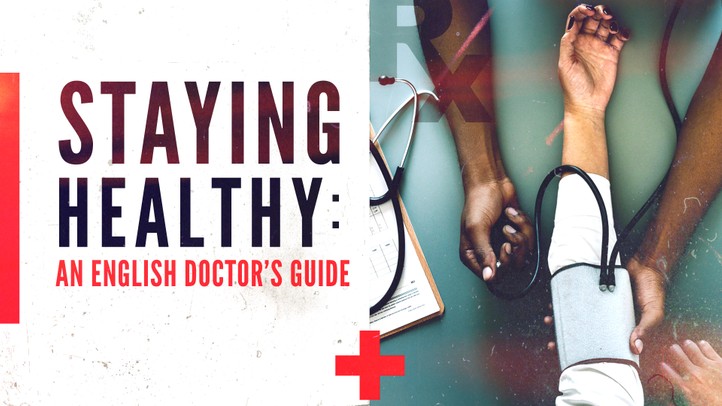 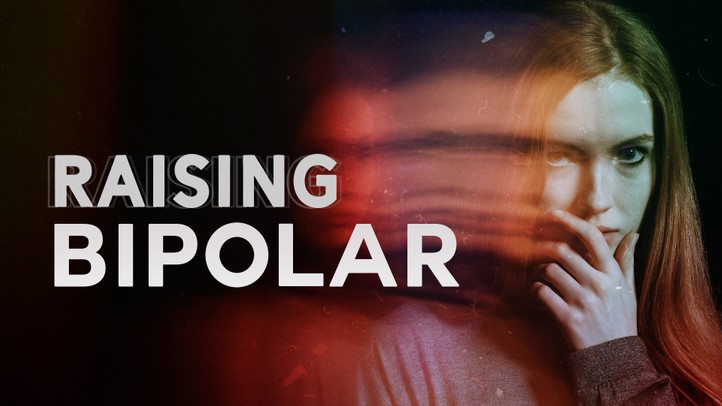 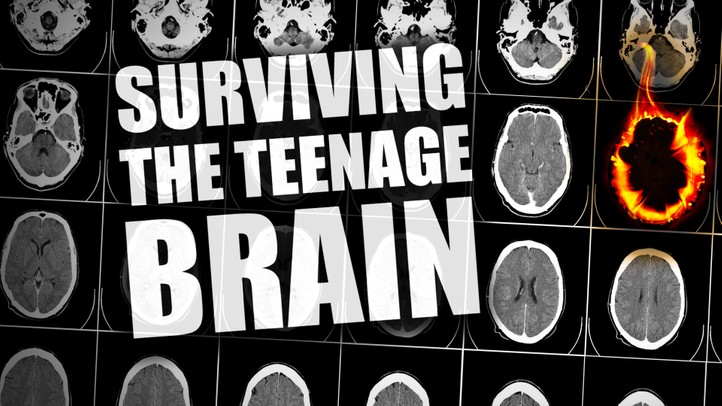 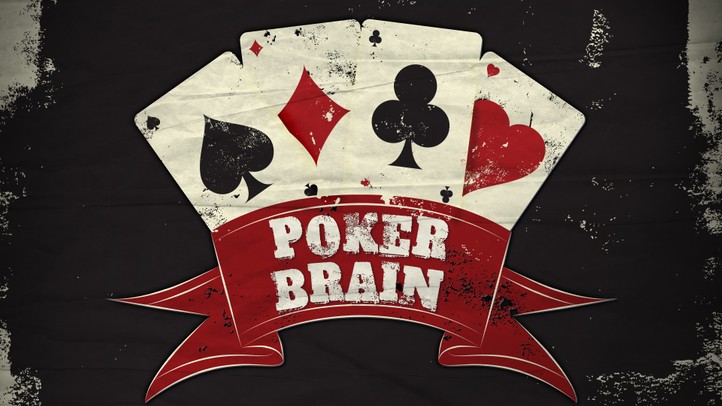 Research into homosexuality has led to interesting and...