Marco Polo: explorer, statesman, sailor, merchant, and keen observer. His curiosity introduced new ideas to Europe and gave birth to an Age of Exploration. But were all the stories true?

“In Xanadu did Kubla Khan a stately pleasure dome decree . . .” So begins 19th-century romantic poet Samuel Taylor Coleridge’s poem “Kubla Khan.” It is a piece that conjures an enchanted land where an all-powerful ruler holds sway over all he surveys. Filled with exotic imagery, the poem is a feast for the senses.

From 1271 to 1295, six hundred years prior to the publication of Coleridge’s classic poem, a Venetian merchant family named Polo made their fortune by traveling the fabled Silk Road to the court of the very same Khan. In fact, the poet’s Xanadu is a stand-in for the city of Chengdu, located in modern-day China. It was there that Kubla Khan established a summer residence for his court, and it was there that a young Marco Emilio Polo first met the great Khan. He kept track of his journey, together with those of his father Nicolo and uncle Maffeo, and became famous throughout the world for these adventures.

But, you may wonder, were all of the stories and all of the travel historically true? Let’s learn a little more about Marco Polo’s life and the veracity of his tales.

The Legend of Marco Polo Begins

During his time in the Far East, Marco traveled extensively in Kubla Khan’s empire, and all three Polos served in official positions within the ruler’s court. Nicolo and Maffeo both served as official emissaries of the Great Khan. Marco also served as an ambassador and as a tax collector for one of the Northern provinces.

Soon after arriving in Chengdu, Marco Polo was called before Khan for walking with a woman at court. Far from being punished, Polo was entrusted as an imperial official and sent to a northern province. Learn more details in The Secret File of Marco Polo.

After returning to Venice at the end of the 13th century, Marco Polo established himself as a wealthy man in his hometown. When Venice went to war with Genoa, in 1298, he captained a ship in the Venetian fleet. He was captured and imprisoned, but this misfortune led to a bit of serendipity, as it was in prison that he met the Franco-Italian writer Rustichello da Pisa.

As Marco shared his experiences, Rustichello wrote them down – and almost certainly embellished them to varying degrees. Together, in around 1300, they produced a book that came to be known in its English translation as The Travels of Marco Polo. It was expanded upon, translated, edited, re-translated, and widely distributed throughout Europe and the Near East. For centuries, it was one of the world’s best-known stories.

It seems likely that Rustichello, being a good writer, wanted to create a strong narrative that painted Marco Polo as a vital, even heroic, character. The book overflows with amazing adventures, describing wonders that very few Europeans of the time could have imagined previously. Certain stories, such as the Khan receiving a gift of 100,000 white horses, must have seemed too fantastic to believe. And perhaps they were.

As the documentary The Secret File of Marco Polo makes clear, some scholars believe that Marco’s adventures were essentially tall tales, doubting that Marco and his family ever actually traveled all the way to the Kingdom of Cathay (China). Others, though, point to details in the book that no other traveler or author of the time records with such precision. While opinion is by no means unanimous, it does appear that most experts now accept that he did, in fact, make the journey to Cathay.

Still, aided and abetted by Rustichello, it’s also fairly certain that Marco Polo exaggerated or embellished some of his claims.

For an interesting retracing of Marco Polo's travels, check out the MagellanTV series Marco Polo Reloaded.

Several important discoveries that fascinated and challenged readers throughout Europe have been attributed to Marco, but some claims haven’t stood up to scrutiny. So, let’s do a little fact-checking.

Did Marco Polo Introduce the Use of Coal to Europe? 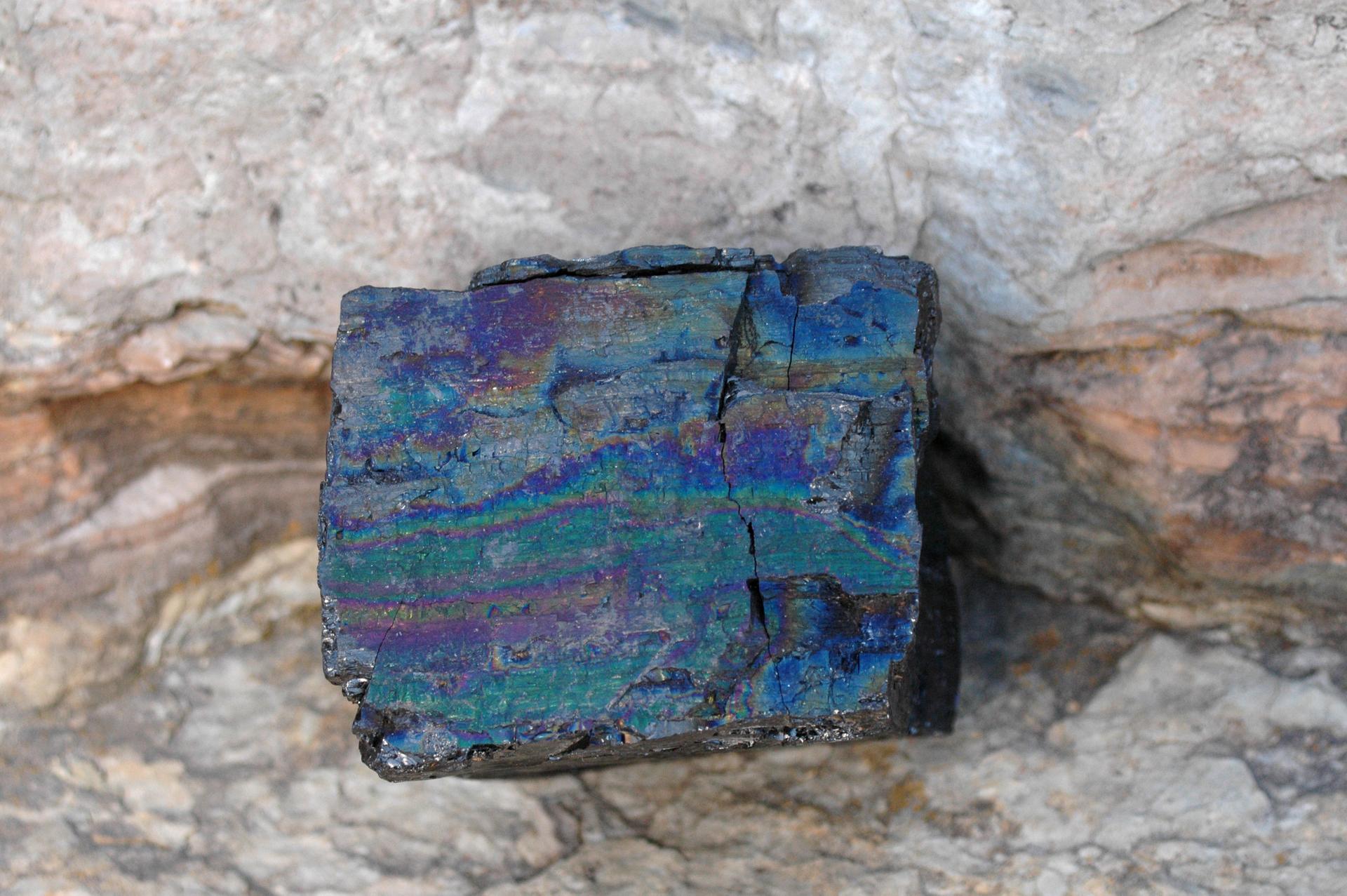 In chapter 30 of the book he published with Rustichello, Marco describes Cathay’s use of mysterious rocks that burned like firewood – what today we call coal:

“It is a fact that all over the country of Cathay there is a kind of black stone existing in beds in the mountains which when dug out burn like firewood. If you supply the fire with them at night, and see they are well kindled, you will find them still alight in the morning; and they make such capital fuel that no other fuel is required throughout the country.”

As with many of his so-called “discoveries,” it may be that coal and its use as a fuel had been known previously in Europe, but Polo is credited with having popularized the notion of its existence. Still, it wasn’t until the latter part of the 16th century, when the first commercial coal mine opened in Scotland, that burning coal would become more common. (It seems the Scots feared they were exhausting their plentiful supply of wood, and coal made an excellent substitute fuel for cooking, for heating, and for light.)

Did the Chinese Use Paper Money in the 13th Century? 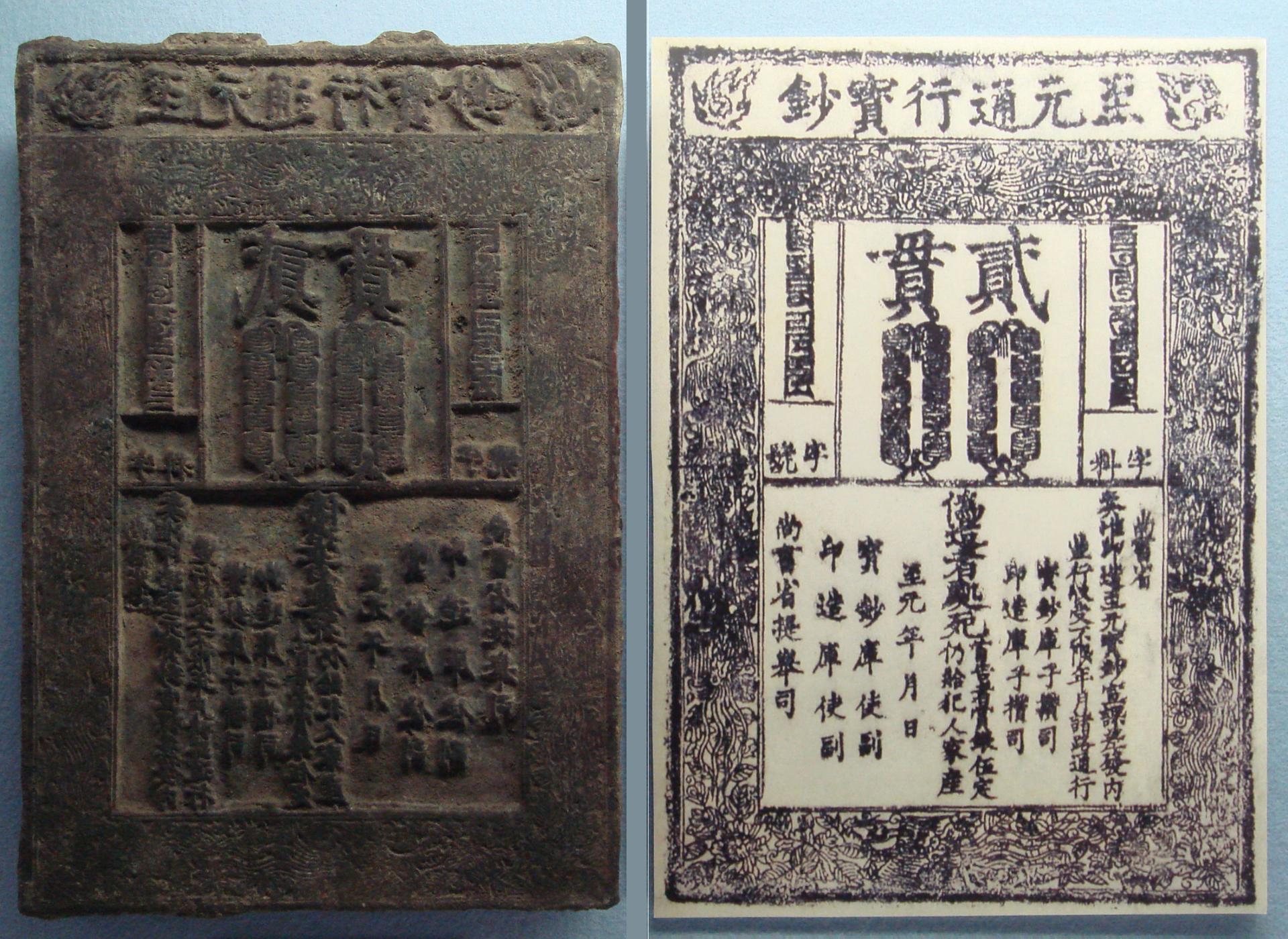 Yuan dynasty banknote and printing plate, 1287. The characters at the bottom of the note say, "(This note) can be circulated in various provinces. . . . Counterfeiters would be put to death." (Source: Wikimedia)

To borrow a line from Mel Brooks’s A History of The World, Part 1, “It’s good to be the king.” When it comes to money, being the Khan was pretty cool, too.

One of the most mind-blowing concepts that Polo encountered in Cathay was paper money. We take for granted today that we don’t have to lug bags full of gold or silver around in order to pay for goods and services. But imagine what Marco Polo must have thought when he saw someone use a few slips of paper to make a purchase.

He gives chapter 24 of his book the rather extravagant title How the Great Khan Causeth the Bark of Trees, Made into Something Like Paper, to Pass for Money all Over His Country. In it, he describes how “the Mint which [the Khan] hath in his City of Cambaluc” made paper money. Sheets resembling paper were made from tree bark of the mulberry tree and then cut up into pieces. “The smallest of these sizes is worth a half tornesl; the next, a little larger, one tornesl; one a little larger still is worth half a silver groat of Venice.” 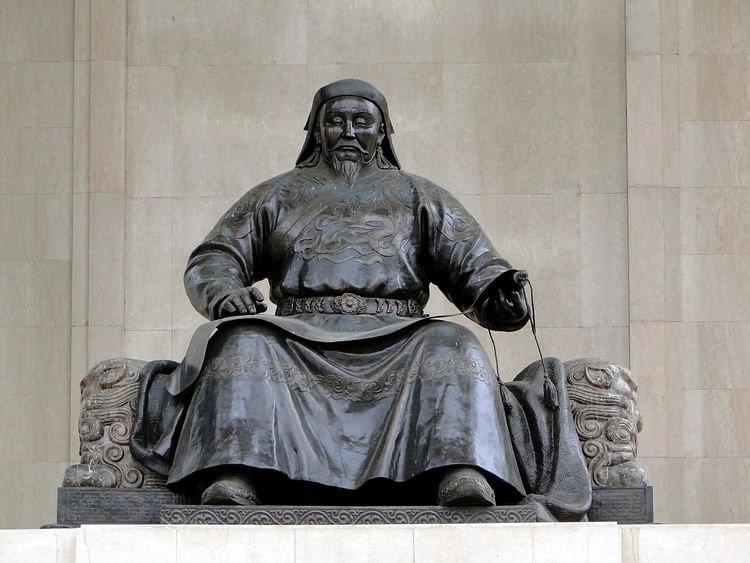 He continues, “When all is prepared duly, the chief officer deputed by the Khan smears the Seal entrusted to him with vermilion, and impresses it on the paper.” And woe be unto anyone caught forging the currency – the penalty was death.

Polo explains that this monetary system was used primarily in the north of Cathay and along the Yangtze River, and how the Khan’s government monopolized the possession of gold, silver, pearls, and gems, and used it as the basis for the amount of currency in circulation: “And the Khan causes every year to be made such a vast quantity of this money . . . that it must equal in amount all the treasure in the world.” And because paper money was subject to wear, he charged a three percent replacement fee when banknotes were worn out and needed to be replaced.

Did Marco Polo Bring Pasta from China to Italy? 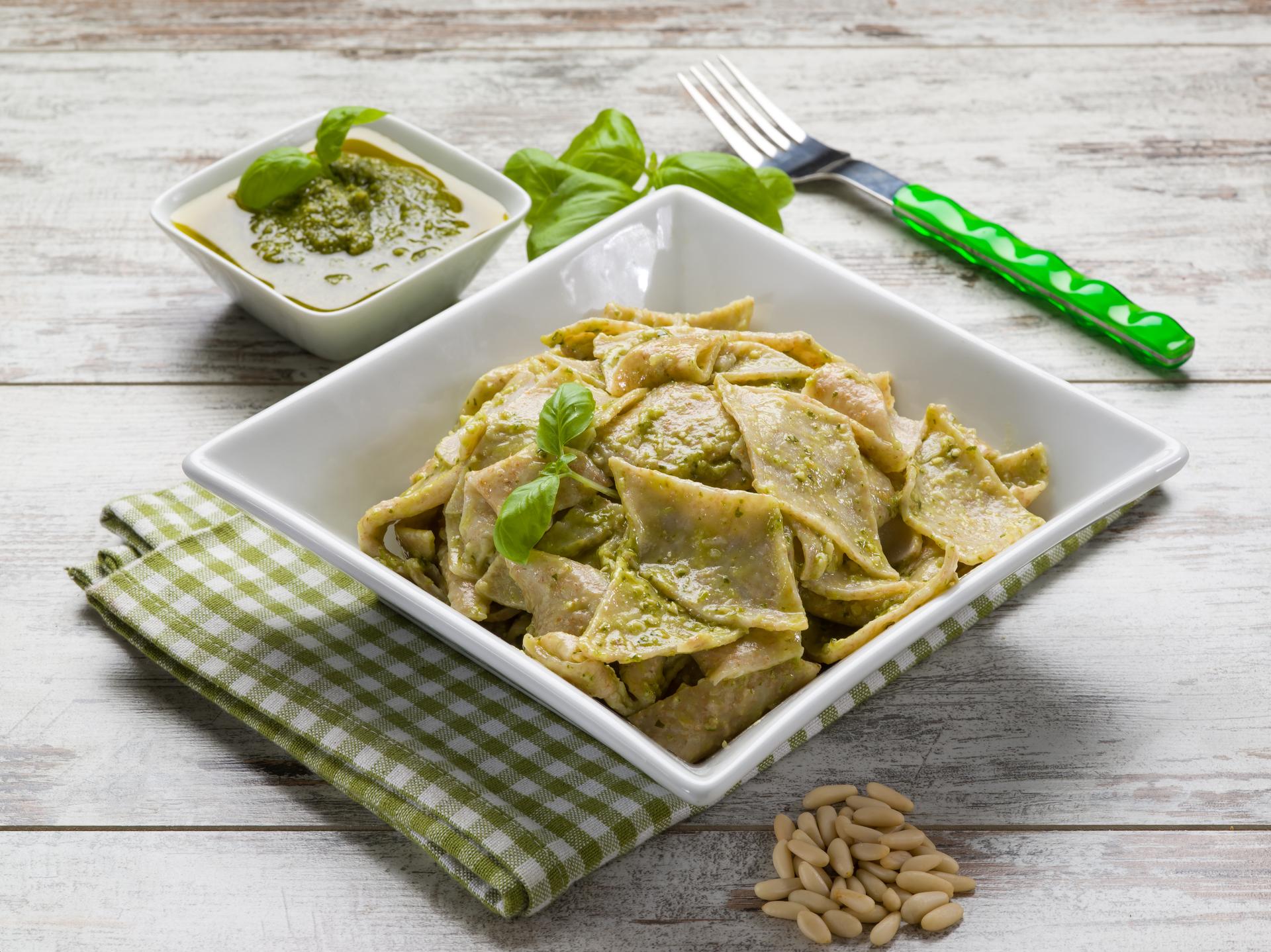 A modern-day take on the ancient Etruscan pasta known as Testaroli.

There is a popular myth that Marco Polo and his family introduced pasta to Italy. The origin of this legend might be based on the misunderstanding that the Polos were the first Europeans to travel to East Asia. This just wasn’t the case. Many Europeans, including Marco’s own father and uncle, had journeyed to Asia well before he did.

Marco’s flair for storytelling combined with the thrill of the exotic to influence people for literally hundreds of years. It is possible that people simply assumed he had brought pasta back from the Far East. Or perhaps the myth of an Asian origin lent pasta an air of exoticism to the staple food as it spread from Italy to other regions.

In any case, here are the facts: In the 13th century, according to written records, pasta existed in two places on Earth: China (and the surrounding lands) and Italy. And it appears to have been around even earlier: Some records predating Polo’s journey to the Far East by centuries describe a simple type of Etruscan pasta called Testaroli – made from just three ingredients (flour, water, and salt). Add a little cheese and tomato sauce, e buon appetito. 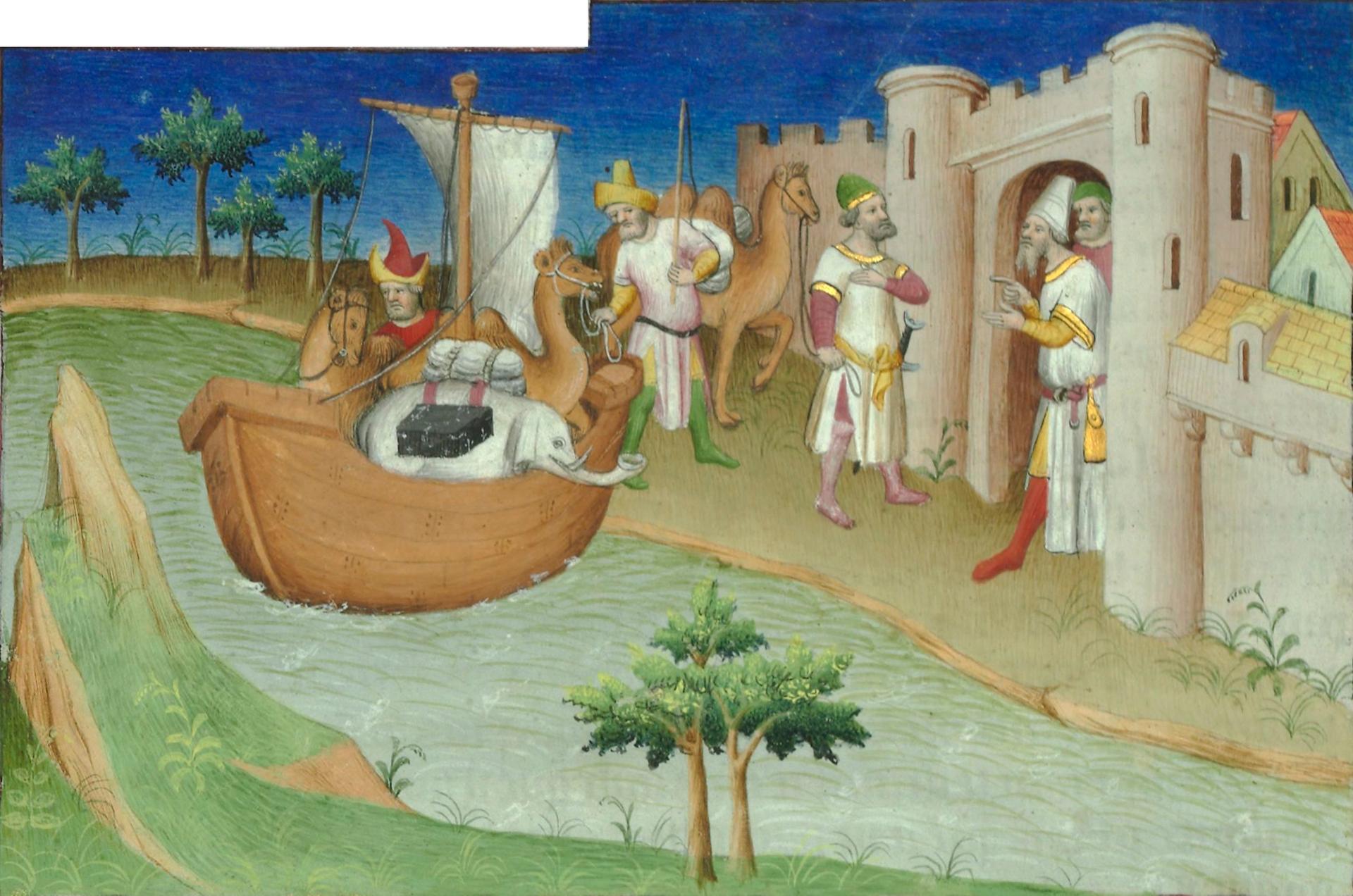 Marco Polo arrived at Hormuz, with elephants and camels, circa 1410. The artist is unknown, but from this picture it is doubtful they had ever seen an elephant in person. (Source: Wikimedia)

Marco Polo never saw or referred to himself as an explorer. In his book, he describes himself as a wayfarer. However, his adventures and the tales of his exploits inspired European explorers for many generations. Among his many globetrotting fans was a fellow Italian, Christopher Columbus. While on his voyages of exploration, Columbus kept a somewhat dog-eared copy of Polo’s book in his cabin. He read from it often, for inspiration and for clues that he, too, might be approaching the fabled land of Kubla Khan.

In the end, perhaps inspiring others is one of Marco Polo’s greatest contributions to the zeitgeist of the Age of Exploration. He lived a fairly conventional life after he was released from prison and published his book. He married, fathered three daughters, and continued to be a successful merchant and one of Venice’s leading citizens.

In his home city, though, there were also those who called him “Il Milione” or the braggart, referring to the “millions” of things he saw on his travels - alleging he made everything up. He was accused of stealing the information and stories of his exploits from other travelers. Sounds a little like the doubters among today’s scholars.

As for the man himself, Marco Polo maintained on his deathbed that he had described only a fraction of what he had seen on his travels.

Shawn Eisner is a Southern California native with a love of history, the arts (in all forms), the natural world, philosophy, education, and volunteerism. A graduate of Pepperdine University, he has worked with and managed a variety of businesses and charitable groups.

One minus one is zero. Simple, right? This wasn’t always the case, as with Roman numerals. Here is the story of the long slog of our hero – the zero – to acceptance and,…