In the beginning was the Word, says the Bible. And coming in soon after the Word was wine, based on the Bible’s many references to drinking for social as well as ritual use. The other side of the goblet, so to speak, is drunkenness, and the Bible is clear and unrelenting about this. It’s inherently shameful, as shown in several Biblical accounts, and quickly leads to taboo behavior that damages family bonds.

Humans love pleasure. It seems to be hard-wired into us. Underneath humankind’s other traits – building civilizations, creating family structures, and, uh, making war – a strong pleasure-seeking need appears always to be burning, motivating us toward that goal.

One pleasure we’re known for is the desire to mess with our consciousness. Scientists studying human evolutionary traits note that we developed the capacity to metabolize fermented fruit and grain, and therefore gain pleasure from alcohol, as many as 10 million years ago. That’s certainly a deeply embedded trait, and it seems to predate the origins of beer and wine production by eons, literally, as our earliest signs of those libations goes back just 10,000 years. 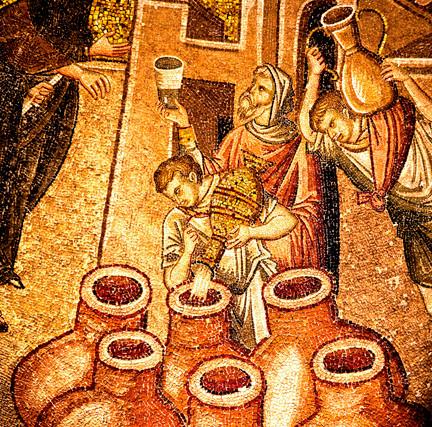 Now, given that the first books of the Judeo-Christian Bible were written sometime in the relatively recent timespan of approximately 1450 to 1400 BCE, it is not surprising that wine was a constant in the lives of the ancient Hebrews. It was used for celebration, for consecration, and, given human propensities, it was used for inebriation as well.

When the Bible addresses the consequences of excessive drinking – unto drunkenness, one might say – it speaks unequivocally. It condemns the misuse of alcohol for tipsy pleasures and adventures. This harsh view doesn’t only focus on how a drunk behaves (“The Lord has poured into them a spirit of dizziness; they make Egypt stagger in all that she does, as a drunkard staggers around in his vomit”—Isaiah 19:14), but also upon the consequences of drunken behavior.

Noah and his Ark: Evading God’s Ire with Great Effort

Genesis, the first book of the Bible, is rich with discussions of beginnings, family relationships, threats to family and group unity, and the survival of the most devout. Genesis presents compelling stories of good and evil, and the consequences of each. The story of Noah is a case in point. His narrative comes hard on the heels of the tale of the notoriously estranged brothers, Cain and Abel, sons of Adam. Their tragic story ends with a broken family – one son dead and the other cursed, marked, and banished. 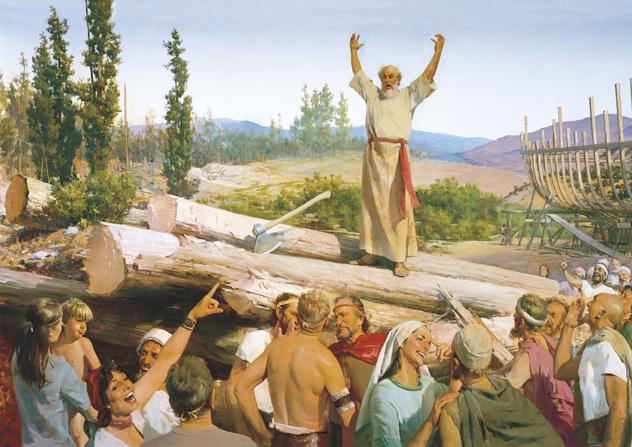 Like Adam, Noah was a family man, and, as with Adam and his progeny, family bonds were about to be tested. In Noah’s time, God began to have second thoughts about His creation, which he judged as “only evil all the time” (Genesis 6:5). His solution was a destructive, cleansing flood, and Noah understood instantly that things weren’t looking good.

God looked kindly upon righteous Noah and tipped him off that a seafaring ark was the way to save himself, along with his kin and pairs of all the animals of God’s creation. God got His way, of course, and all living things, save what Noah had stored on the ark, perished. In a sense, Noah became the new Adam.

The Wake of the Flood: Noah Passes Out, and All Hell Breaks Loose

After the flood, dutiful Noah got busy, tilling the “cursed” soil and even planting the first vineyards. And that little plot point becomes really important, really fast. See, Noah worked hard and apparently partied pretty hard, too. He drank of the fruit of his vines, then, as the verse says, “became drunk and lay uncovered inside his tent” (Genesis 9:21).

This is where things go seriously awry.  Noah was passed out naked, apparently sleeping off his wine, when in walked one of his sons, Ham, who “saw his father’s nakedness,” thereby breaking a taboo about sons and dads that evidently was considered the equivalent of incest or, at least, shameless excess.

For a unique and irreverent view of the Bible and its stories, the MagellanTV documentary series The Bible: A History is a great resource.

However you choose to interpret this passage, it reveals the wantonness brought on by excessive alcohol consumption. Nakedness, even within the confines of a tent, was seen as the end result of a very sloppy drunken binge and an invitation to carnal pleasures.

The worst was yet to come, however. Once Noah was covered (pointedly not by Ham) and sober again, he lashed out with a curse. But it wasn’t directed at Ham. Rather, Noah took aim at a target sure to bring shame and remorse to Ham. It was Ham’s own son, Canaan, whom Noah cursed. And just as with Cain, Canaan was marked, deprived of his birthright, and condemned to make his way as the lowest of the low, a slave to his own family.

Later in Genesis, we encounter the story of long-suffering Lot, whose travails with his family show us just how capricious the Old Testament God could be when His ire was piqued. It all started when God complained to Abraham about the sinfulness of two populous towns, the infamous Sodom and Gomorrah, and announced His plans to burn both towns to a crisp. (God does not lack for novel means of mass destruction.)

Boldly, Abraham bargained with God until He finally gave in, and agreed that He would spare the towns from their fiery fate if a mere 10 “righteous” residents could be found in them. And do you know what came next? Well, it wasn’t so good for the Sodomites (or the Gomorraheans either). 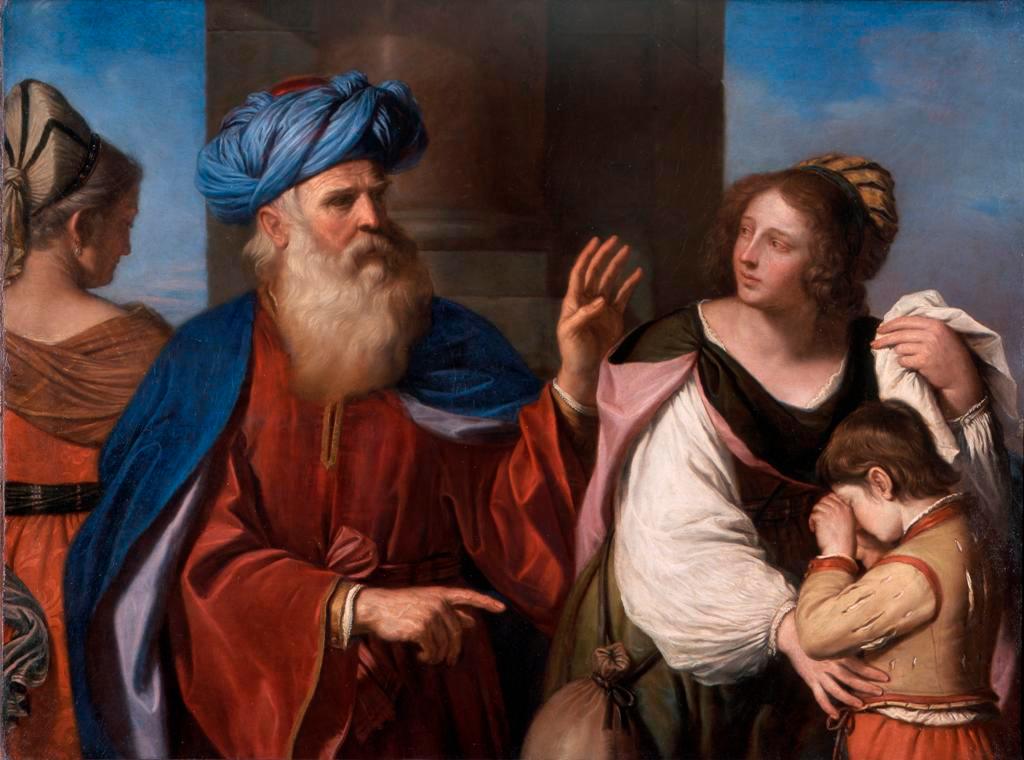 God sent two angels to Sodom to seek the righteous, but basically, they acted as undercover agents to entrap the Sodomites in their sin. These two devastatingly attractive (male) angels appeared to Lot, a town resident who happened to be hanging out at the city’s gates. Lot wasn’t your typical Sodomite. He was welcoming to the strange men, and invited them into his home.

He was so solicitous of their comfort that, when a crowd of rowdy Sodomites showed up at Lot’s door demanding to “know” the strangers, Lot offered the crowd his daughters, instead. Poor Lot’s daughters – they really bear the brunt of the bad vibes in this story.

As the story goes, the angels happened to bear the gift of vengeance to bring down upon the towns, because they warned Lot to high-tail it out of there pronto and – whatever else he did – to never, ever look back at the cities upon which were raining fire and brimstone.

To his credit, Lot got his wife and two daughters on the highway post-haste. Unfortunately, his wife was somewhat unclear on the concept of “not looking back” and was transformed into a pillar of salt.

The two daughters and Lot thought their troubles were over, though at great cost. But then his daughters, who had lost their fiancés in the conflagration, hatched a devious plan to – yes – take advantage of their incapacitated dad. They poured him wine, and lots of it, till he lay down in green pastures (actually, a cave) and peacefully passed out. Twice. Over two consecutive nights, the diabolical daughters took advantage of their dad (one night each), and they both ended up pregnant.

So, to sum up: Progeny have taboo sex with dad to the great dismay and disapprobation of all who hear the tale. In Ham’s case, his own son lost his birthright. In Lot’s daughters’ case, though, new family dynasties were birthed from the incestuous unions.

Get the message? Alcohol when drunk to excess breaks up families and causes taboo behavior, up to and including incest. So for the sake of family and tribe, don’t disobey God’s word, and don’t drink to excess!

Drunkenness Cracks the Family: The Wages of Sin Is the Destruction of Familial Bonds

The Bible seems to be clear on its curse of Canaan (and Cain), and the tragedy of Lot and his daughters. The worst punishment for a sinner is not even death itself, but more a living death separated from the benefits of membership in a family. Here the underlying message of the author of Genesis is most clear: Family is first, family is a blessing, and only sin – including and perhaps especially the sin of drunkenness – can break up a family and cause concomitant misery, isolation, and despair.

All of these consequences flow from quaffing the fermented grapes of the vine. Both Noah’s and Lot’s story, then, preaches the value of devotion and obedience to God, hard and sustained work, strength in the face of adversity, and commitment to family. This lesson, echoed in many other passages from the Bible, had to be of prime importance to its audience of ancient believers, who kept their families and progeny together against the existential threats that faced the fledgling society.

Drinking and Sobriety in the Bible

Let’s be clear about one thing: The Bible doesn’t generally preach abstinence for its followers, just temperate use of the gifts of the fruitful vine. While drunkenness is thoroughly looked down upon and ridiculed in the Bible for how it makes its devotees behave, there exists in many Bible stories a role for wine. 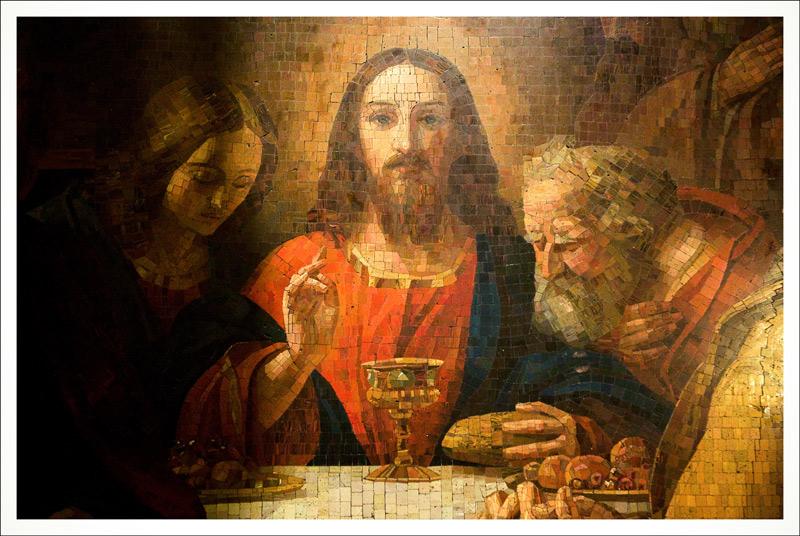 Adults can reach for that wine spritzer without guilt, then, because the Bible tells us as much. It’s only with the free will that the Judeo-Christian God invested in His believers that one can make the choice as to whether to drink to relax, or drink to get smashed. And should we use that free will to get smashed, one might Biblically say, woe to us.

Was There a Historical Jesus? Investigating One of History’s Greatest Mysteries

Was there a real Jesus of Nazareth, and was he the Son of God? Time-travel to the Holy Land in that era to explore the clues to the historical Jesus, physical objects called…

The myth of Santa Claus began with a real-life monk named St. Nicholas, and evolved through the poetry and lore of Dutch immigrants, political propaganda during the American Civil…

The Cathars were anti-materialistic Christians in 12th-century southern France. In the eyes of the medieval Roman Catholic Church, they had to be eliminated by any means…