Vaulting from the Edwardian English music hall to early Hollywood, Charlie Chaplin became an international star nearly overnight, renowned for his beloved character, the Tramp. From the Tramp’s petty-criminal start to his development as a tender comic underdog in a line of silent movie masterpieces, Chaplin’s art reflected the wretched poverty and disastrous homelife he knew as a child. But his peerless work and enormous fortune never calmed a mental torment that wreaked havoc in his personal life and business affairs.

At 5 a.m. on September 17, 1952, the 63-year-old silent movie star Charles Chaplin snuck aboard the grand ocean liner RMS Queen Elizabeth, which was docked in New York City. He was a paying stowaway on a journey to his native England from which he knew he would not soon, if ever, return. Joined several hours later by his wife and children, it was a strangely paranoid departure.

His exit was part self-exile, part official deportation. It was a sad finale to an act that began with his arrival in America almost exactly 40 years earlier. Chaplin reached the pinnacle of fame and fortune in America. He also betrayed former associates, and earned the attention of law enforcement for his scandalous personal life, dedicated tax evasion, and vocal support of known Soviet operatives in Hollywood and New York.

Chaplin was the star of a British troupe of comic acrobats on a 1912 tour of U.S. vaudeville theaters when he abandoned the act to sign a contract with the Keystone film company. Keystone churned out 10-minute slapstick comedies, so-called “one–reelers,” at an open air studio on farmland outside Los Angeles. He was a gifted performer, adept at mimicking the wild stumbles and pratfalls of drunken gentlemen (stock characters in English music hall skits), and he held his own against established comedy stars like Roscoe “Fatty” Arbuckle and Chester Conklin. Still, Chaplin wasn’t impressed with moviemaking and planned to return to England when his one-year contract was up.

Then came a fateful visit to the studio's costume department. Rummaging around a cabinet of used clothes, Chaplin found "the Tramp" (or, as he preferred, the Tramp found him), a rascal whose pants and shoes were too big, his jacket and hat too small. With a postage stamp-sized moustache then pasted on to highlight his expressive face, the character embodied all the fears and resources Chaplin knew in a childhood overwhelmed by poverty and loss. Once the Tramp stepped in front of a camera, the world of comedy, and movies, changed forever.

The Late-Victorian Squalor of Chaplin’s Childhood

Charlie and his older brother Sydney were born in London, the sons of two music hall performers. Their father, Charles Chaplin, Sr., was a popular singer whose desertion of the family coincided with a descent into alcoholism and an early grave. Their mother, Hannah, suffered bouts of manic depression that slum living and starvation turned into full-blown psychotic episodes requiring periodic confinement in state asylums. Both boys were sent to orphanages and released when Hannah was relatively well. They got theater work – first, bit parts; then, supporting roles – from their parents’ friends. 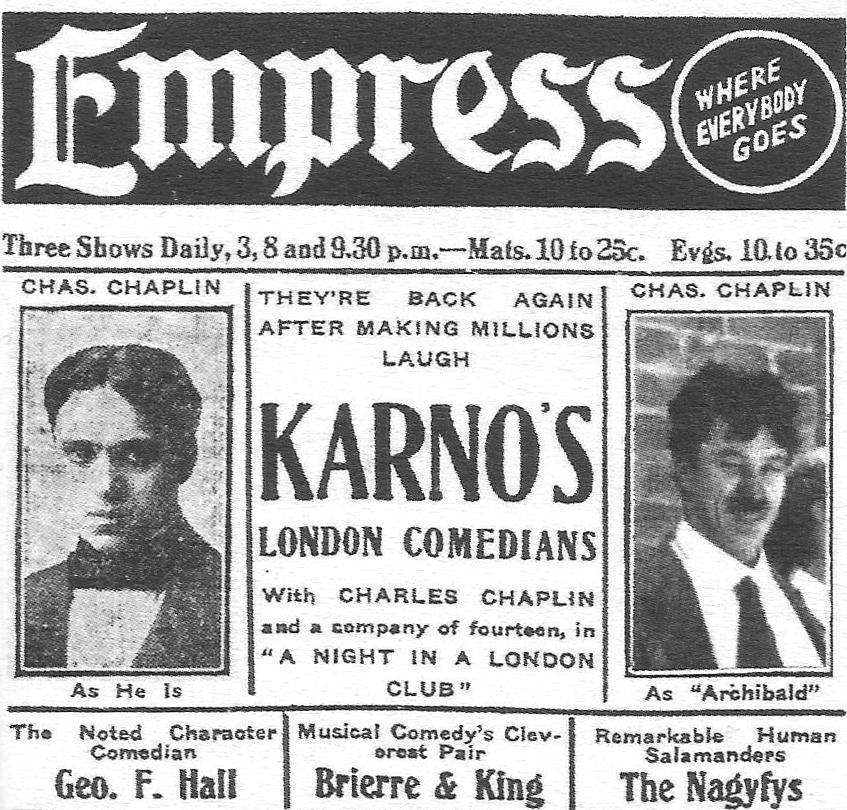 Sydney, five years Charlie’s senior, proved a talented comedian with Fred Karno’s top-flight variety troupe. He convinced Karno to hire his 19-year-old brother, already a veteran performer, in 1908. Charlie honed his craft in comic sketches where he danced, roller skated, and generally roughhoused – two shows a day, year-round in theaters up and down the British Isles. Four years later, Chaplin was the Karno company’s star (in a cast that included Stan Laurel) when he quit to sign with Keystone for $150 a week.

Time has softened the anarchic, quasi-criminal edges of the Tramp, a sometime petty thief and park masher who was not above sucker punching or kicking those in his way. He got laughs by being the little guy who prevailed one way or another over hulking villains and policemen alike – the poor man who outfoxes millionaires.

Chaplin’s small stature, expressive face, and agile impudence resonated  sympathetically with millions of people sensitive to life’s hard knocks in the U.S. and across Europe (where language was not a barrier to enjoying these silent films). From the start, his comedies were grounded in themes of poverty, cruelty, loneliness, thankless work, and, increasingly, social inequity.

“Charlie’s tramp was a bum with a bum’s philosophy. Lovable as he was, he would steal if he got the chance. My little fellow was a working man and honest.” —Buster Keaton

Chaplin Gets Full Artistic Control of His Films

The Tramp’s phenomenal success at Keystone allowed Chaplin, who was already writing his one-reelers, to sign a contract in 1914 with the Essenay Company that allowed him complete artistic control of his films. In 1916, he inked a deal with the Mutual Film Company, building thereafter his own LA studio on Sunset Boulevard at La Brea Avenue (now the Jim Henson Company headquarters).

Chaplin expanded the length of his movies and added deeper character development. But he was not an innovative filmmaker; rather, he was an intuitive, infinitely painstaking one. He often took days to shoot a single bit of comic action, tweaking it to get its setup and execution exactly right. He was probably the first director who realized that film itself was cheap, and he would commonly shoot 30,000 feet of it to get the 1,700 he knew would make a perfect two-reeler.

A fantastic look at Chaplin’s early working methods can be seen in the lovely MagellanTV documentary Birth of the Tramp: Creative Genius of Charlie Chaplin.

Though the pace of Chaplin’s film production slowed at his new studio, each release was a critical and financial success, making vastly more money than it cost. Their plots evolved, too. The Tramp became a more sympathetic, bittersweet figure, even as Chaplin’s life was overtaken by scandal, and his psychological well-being veered wildly into manic-depressive dysfunction.

The first clouds appeared in 1916, when Chaplin, then 27, was boycotted by many theaters in England for not returning home to serve in the British Army during World War I. His biographer, Joyce Milton, reports he received hundreds of letters from England with white feathers, symbolizing cowardice, enclosed. But his situation was complicated: A clause in his Mutual contract forbade him to leave the United States, which he accepted with relief.

There’s no question Chaplin held sincere pacifist views connected to his sympathy for working men forced into low-wage, dangerous jobs, then drafted to fight wars over empires and industrial commerce. Some of his earliest California friends were socialists and members of the radical International Workers of the World, the so-called Wobblies, all dedicated foes of capitalism.

Once America was drawn into the Great War, Chaplin finessed his opposition to it by registering for the draft, failing his physical, and raising money for U.S. war bonds by making appearances at rallies and shooting a promotional film. He was quickly accepted as a critical morale booster. His film about his character in uniform, Shoulder Arms, appeared in 1918 and was his most popular movie to that point. With amiable gags about basic training, life in the trenches, and stereotypically bumbling Germans, it is a milestone in propaganda, Hollywood’s first service comedy. 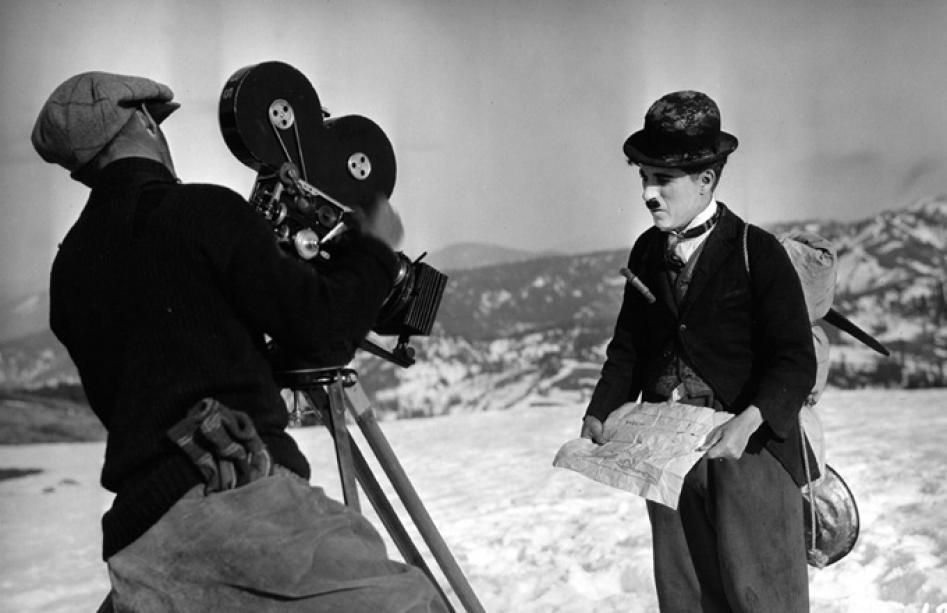 Chaplin’s Troubles with the IRS, and Other Scandals

These problems did not go unnoticed by the press, and many wondered why a foreigner who made his vast fortune in America didn’t feel the need to become a U.S. citizen or pay his fair share of taxes. When Chaplin finally quit the United States, he was worth an estimated $90 million – the equivalent of $900 million today.

Chaplin was also notorious for his method of choosing leading ladies. He insisted on “discovering” them through enormous casting calls, finding beautiful young women of limited talent whose performances he could absolutely control and who posed no threat of upstaging him. His messy divorces and equally untidy affairs were gossip fodder until, at 53, he married for the fourth and final time. His bride, Oona O’Neill, the 17-year-old daughter of the Nobel Prize-winning playwright Eugene O’Neill, would bear him eight children, their marriage lasting until Chaplin’s death.

Openly attracted to teenage girls, Chaplin’s first two wives were also 17 when they married him . . . while he was in his 30s.

The attention of the press, the IRS, and increasingly the Communist-hunting FBI – not to mention lawsuits from business rivals, betrayed associates, and ex-lovers – took a toll on Chaplin’s fragile mental health. Convinced everyone was out to get him, and terrified of the psychotic breakdowns that plagued his mother, Chaplin cycled through bipolar episodes, sometimes isolating himself for weeks, or talking nonstop for hours on end. He threatened suicide at least once, and close associates were alert to the possibility of self-harm during his darkest moods.

Through it all, his final silent features, made between 1925 and 1936 – The Gold Rush, The Circus, City Lights, and Modern Times – are masterpieces of film art and were critical and financial hits. His first all-talking movie, The Great Dictator (1940), bluntly mocked Adolph Hitler, who parlayed his own Tramp mustache to lead Germany into unspeakable atrocities and global war. 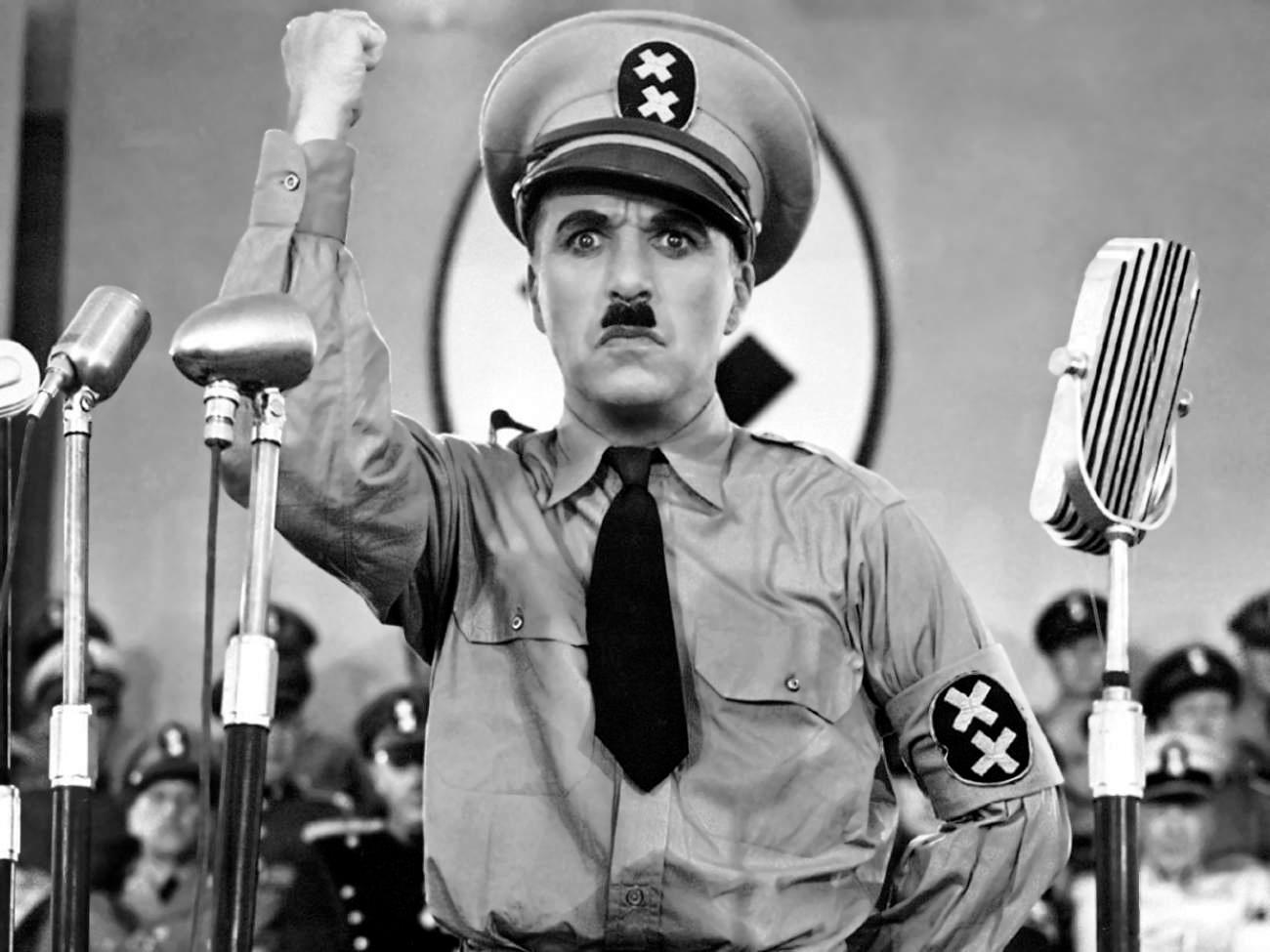 Beginning with the impassioned plea for world peace that ends The Great Dictator, Chaplin turned preachy. His invincible self-confidence morphed into arrogance. Once America entered World War II, his public statements favored the cause of the Soviet Union over the plight of England and the commitment of the United States.

He was a passionate thinker, but not a deep one, and Chaplin increasingly spoke his mind during the fraught war years to promote a Soviet system he knew little about. For someone so committed to the plight of common people, he paid scant attention to the feelings and sacrifices of millions of Americans. It is not exaggerating much to say that in the immediate postwar years, America had had quite enough of Charles Chaplin. The feeling was mutual.

Although Chaplin’s support of the Soviet Union now had the full attention of the FBI, and Hollywood was drawing up a blacklist of known and suspected communists, the 1951 break came over one final tax dispute. He snuck aboard the Queen Elizabeth to dodge reporters and any possible subpoena servers, knowing full well that once he left the country his resident visa would lapse.

Though Chaplin could have requested a hearing, and would have likely been allowed back, he had already transferred or sold most of his assets. He divided his remaining years between his Swiss estate and a deluxe London hotel. Along with his movies, Chaplin’s concern for poor working people faded into the past. His small social circle was now fellow millionaires and members of the aristocracy.

He died on Christmas Day 1977, following a British knighthood and a triumphant return to Hollywood in 1972 to accept a lifetime achievement Oscar, bygones apparently being bygones.

Digital repair of Chaplin’s cracked and worn silent movies, combined with recalibrated running speeds, have restored a breathtaking naturalness to what had become jumpy, scratched artifacts. A half century after Chaplin’s death, his rejuvenated films live as he made them. His exquisite sense of craft and deft art of pantomime created a silent world of high emotion and physical grace. It feels timeless now, an antic reality adjacent to our own.