M used to mean 1,000, D 500, C 100, and so on down to the lowly I, which signified the number one. But in the era of Roman numerals, which lasted far into the Middle Ages, there was no recognition of the integer 0 (or zero). In fact, there was hostility – on both philosophical and religious grounds – to the very concept of nothing. And yet creating our modern world was literally impossible without it.

We once lived in a world without zero. While there was a concept for nothing in most early languages, there was no computation using zero in mathematics. Zero just didn’t exist in the arithmetic of the ancient world.

It might seem impossible, then, for a merchant to have assessed proper payment or determined correct inventory, and indeed, historians acknowledge that the lack of zero presented challenges for math. These challenges were only partly improved through the abacus, whose use was widespread in the early centuries BCE. While there was no zero in the functions of the abacus, its design did allow for mathematical processes to be carried out accurately.

However, higher math functions, such as calculus, were inconceivable then and would remain so in a world without a zero.

The Birth of the Zero: Nothing Becomes Something in Ancient Babylon

To search for the origin of the concept of zero it’s necessary to go back to a time approximately 5,000 years ago when the Sumerians devised the first counting system. This system used 60 as its base – as opposed to the base-10 system with which we’re familiar – and used separate systems for counting physical objects (like sheep) and areas or volumes. It did not have a zero, rather using a space to denote absence. 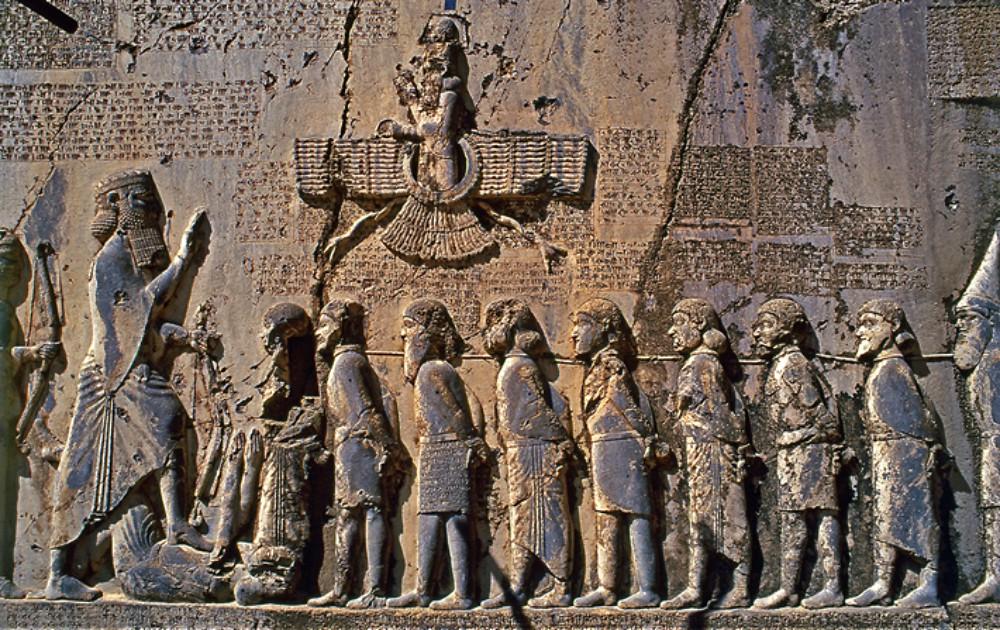 Complicated though it was, this system was useful enough to be passed down over centuries and arrive in Babylon for its use sometime around 400 BCE. The advanced culture of Babylon gathered great minds and great ideas, and a useful counting and numbering system was much needed. But the adopted system had its limits, and so over several centuries the Babylonians gradually improved upon the Sumerian’s complicated methodology for their purposes.

The use of a “zero-concept” rose independently in several sites around the developing world. Besides Babylon, the Mayan civilization in Meso-America is known to have used an eye-like symbol denoting “empty” or “none” in its elaborate calendar system.

The most significant change was to acknowledge that simply inserting a space to denote emptiness was inefficient at best, and the Babylonians began to add a small mark, such as a dot, to the middle of large numbers where a space had been used before.

Okay, it was a small start, but we had to begin somewhere. First off, they never used the dot at the end of a number, so a number like our 160 would be notated the same as 16. And, more crucially, the dot for zero was really just a place-holder. It didn’t figure into mathematical computation. It just sat there.

It would take the brilliant mathematical minds of India to figure out how the zero actually worked, to take it out on the highway and see how it performed “under the hood” of mathematical processes.

Out of Babylon and into India: Zero becomes a Number

The Babylonian number system hit India, another land with an advanced indigenous culture, sometime around the 3rd century CE, and the meeting was momentous. Indians were not unfamiliar with the concept of zero, or nothing. In fact, it was an important facet of their spiritual beliefs.

In the Sanskrit language of India, the term sunya (or shunya) denotes empty, or nothing. In Hindu thought, sunyata is the philosophical concept of emptiness, a state of “emptying” the mind of thoughts and impressions that keep one from experiencing the “oneness” of being in the present moment. So useful was this concept for religion and philosophy that it spread even to the practice of Buddhism. 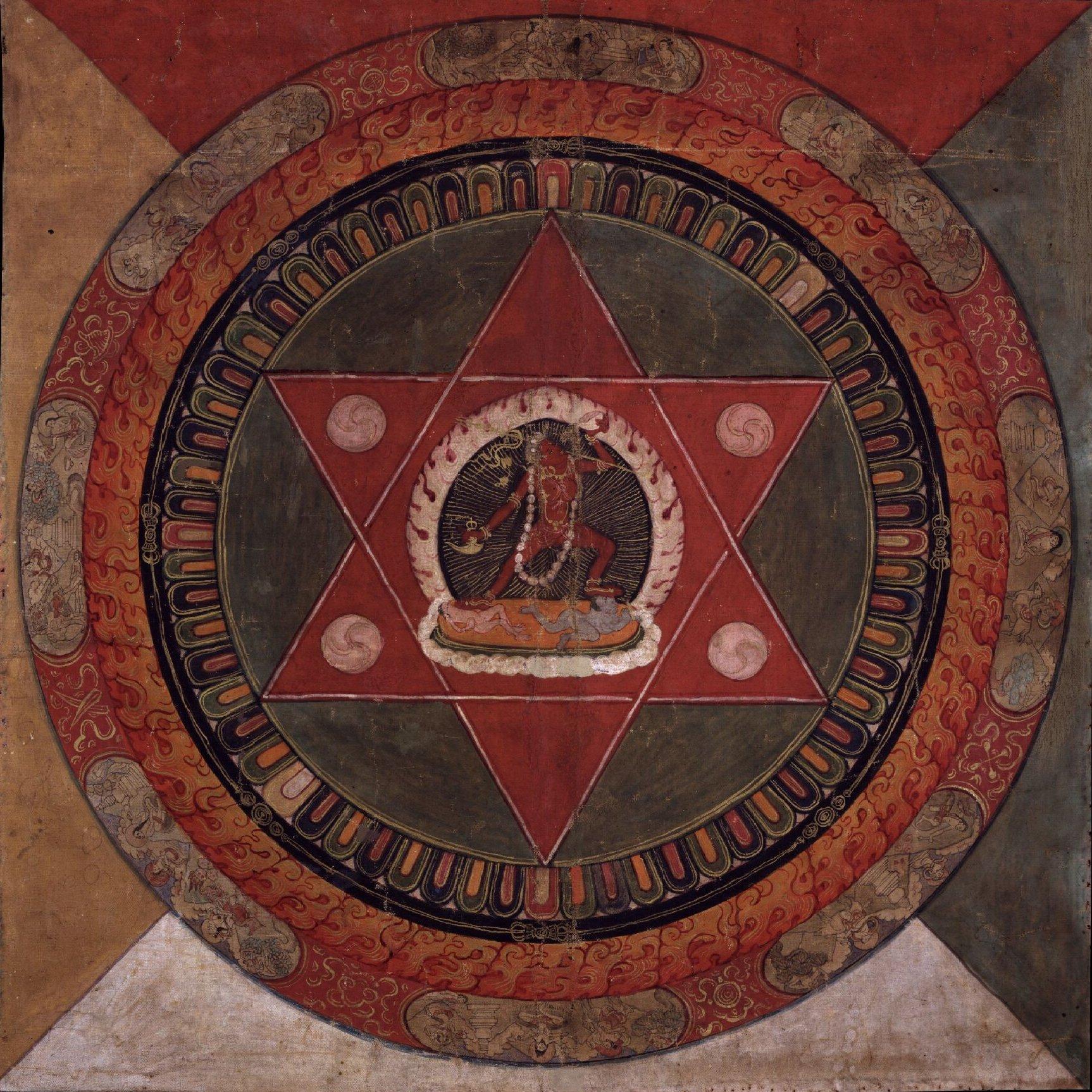 It turned out to be pretty useful in math as well. Already an idea in Indian culture, sunya was easily accepted as a symbol, too. The grand thinker and mathematician Brahmagupta, often referred to as the “father of zero,” wrote what’s acknowledged as the first mathematical guide around 650 CE. This guide used dots, which he referred to both as sunya (empty) and kha (space).

This is significant because it’s the first time that a precursor of our familiar zero was used as a place-holder and as a working “number,” i.e., both to hold spaces and to compute results of mathematical functions.

Zero on the Move: From India to the Great Arab Empire

Ideas traveled like spices in that era, following the great trade routes of the day; and, like saffron, the concept of zero landed in Baghdad in the late 8th century CE. Baghdad was the key city in the flowering Arabic civilization of the day and, like other great centers of thought, culture, and commerce, it drew the leading minds of the day to it.

It was in that great city that the zero really started hitting its stride. Its burgeoning use in Baghdad led to its adoption in nearby regions of the ancient Middle East, and its adoption was quick among mathematicians as well as merchants, who found that a base-10 system with a functional zero made calculating quicker and simpler.

Is math an invention or a discovery? As discussed in the delightful MagellanTV documentary series Magic Numbers, it can be seen both ways. However, both Plato and patent courts arrived at the idea that mathematics was an existing concept in nature; in particular, patent courts hold that mathematical advances uncover pre-existing knowledge (rather than creating anything new).

Using the functions made possible by an active (rather than merely place-holding) zero allowed rapid advances in mathematics. In Baghdad, a Persian Muslim used the new concept to invent an entire new avenue of math: algebra. (Its name in Arabic is al-jabir). His name (get ready for it), Muhammad ibn Musa al-Khwarizmi, is acknowledged as the source of an entirely new mathematical function, the algorithm (a corruption of “al-Khwarizmi”), which he first defined.

Just as trade routes allowed mathematical ideas to drift from India to Baghdad, so did lines of conquest provide routes for new ideas. From Baghdad the rich Islamic culture began to grow through the Moorish expansion, both to the East and, of course, the West. Within several centuries, the Islamic empire grew to include all of northern Africa and eventually the entirety of southern Spain, named al-Andalusia by the Arabic-speaking conquerors.

With rulers from the East came Islamic culture, alongside advances in math and science, and zero was part of the package. Again, as in India and Baghdad, the usefulness of the zero in calculations and computations led its use to grow among merchants in southern Europe first.

It’s fascinating, and somewhat ironic, to realize that our system of numerals is called Arabic, when the numbers themselves were imported from India. If the West had been introduced to them prior to the medieval Arabic expansion period, perhaps we’d be calling them Indian numerals today!

But it took hundreds of years for the Arabic numeral system to confront – and finally conquer – the Roman numerals that were still in use throughout Europe and the rest of the former Roman Empire. Just as ancient Greeks considered and then rejected the use of the void as a physical thing, medieval Christians thought of it, with similar reasoning, as the work of the devil! As they saw it, God represents the great “I am,” which means that his creation is “what is.” By that notion, “what is not” had to be demonic in essence. 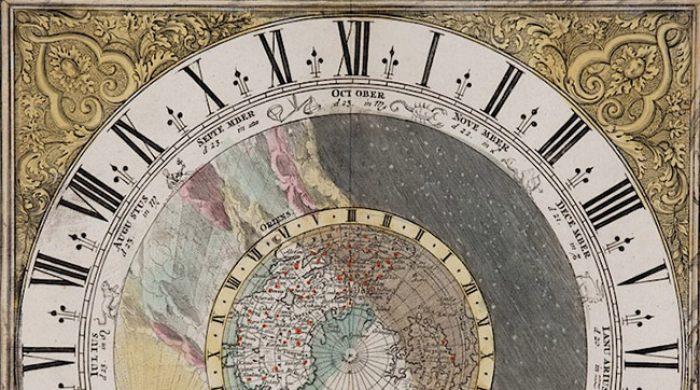 Italian courts even outlawed its use, which only created a black market for zeroes, spread surreptitiously among the merchant and trader classes.

One surprising hero in the story of the zero is the Italian scholar Fibonacci. He was christened Leonardo, a son of the Bonaccio family of Pisa. Historians use a compacted version of his family appellation – Fi, for filius (meaning son), plus his father’s name, Bonacci, to form Fibonacci, the name by which he has come to be known.

We’re mainly aware of him for his intriguing “Fibonacci sequence” of numbers as seen in nature, but he was also a zero-acolyte of high order. As a young man, Fibonacci was drawn from his home in central Italy to Northern Africa, a place of learning far superior to Rome, or other Western capitals, during the so-called Dark Ages.

There he was introduced to, and seduced by, zeros. They helped him understand mathematics, and, most importantly, they allowed for advanced calculations to be done without the use of the abacus.

Upon his return, Fibonacci went to Rome to advocate for the acceptance of zero, and for the retirement of both Roman numerals and abacuses. His entreaties were eventually seen as valid, even valuable. By the 13th century, “Arabic” numerals, including calculating with zero, had become the primary way to express mathematical ideas.

The term cipher entered our language pretty directly from sifr, the Arabic word for empty. Its meanings include both zero, the number or, more colloquially, any nonentity, and a code, or secret means of communication. This second meaning most likely arose from when the number had to be used secretly or surreptitiously.

Zero Wins the Day, and Now We Can Travel to Space!

Once the new numbering system was in place, the Renaissance could begin. While that is certainly an overstatement, consider the flowering of Western ideas that began in Italy, France, and Spain around that time.

Decartes is a good place to start. Consider Cartesian coordinates: Without zeroes, how could there be the center-point (0,0) on a chart? Among this and his other breakthroughs in science and philosophy, he pushed forward scientific understanding by utilizing (Arabic) algebra to develop Cartesian geometry.

Descartes was a profound influence on another great Western thinker, Isaac Newton, who developed calculus (along with Leibniz). And so, its place in science and math assured, zero has gone on to be a great generator of cultural advances. Calculus is the basis of many tools for understanding Earth and even the universe, as it is the precursor to physics, engineering, financial and economic theory, and much more. Without the binary system of zero and one, we wouldn’t have computers. And our digital culture, which allows you to read this at this moment, could never have existed.

From non-existence (the void) to emptiness (the concept) and on to the most recent discoveries in astrophysics (e.g., the “zero-sum” theory of the universe promulgated by Stephen Hawking), zero has found its way into the bedrock foundation of all our lives. Nothing is really something, it turns out.

Over the ages, great discoveries and useful instruments have been lost and forgotten. There are persistent mysteries in the archeological record and medieval texts that…