In 1969, the Apollo 11 touched down on the Moon. This was a huge achievement for mankind, but it is also at the heart of one of America’s most popular conspiracy theories. Though that theory has been disproven many times, the fact that it has such an enduring grip on so many minds provides a window into the psychological undertones and cultural context of the era, which saw a huge variety of political unrest and social change. It also offers fascinating insights on the human mind.

Aliens have been trying to contact us for decades and the government is hiding it. Airplanes are spraying “chemtrails” that control the population. The world is run by a powerful secret society called the Illuminati. 9/11 was an inside job. President Obama wasn’t born in the U.S.

Each of these is among the most well-known conspiracy theories in existence. Still, there is no conspiracy theory more popular than the belief that the Apollo 11 Moon landing was faked by the U.S. government. From suspicions about Hollywood basements to U.S. government executions, the theories run the gamut from absurd to bone-chilling.

It’s hard to believe that this needs to be said, but yes, we actually did land on the Moon. The 1969 landing was a singular triumph – it marked the first time that any human being set foot on a world other than Earth. Still, the fact that this achievement is shrouded by so many conspiracy theories raises fascinating questions about the inner workings of the human mind.

Plus, understanding the histrionics around the landing’s supposed falsity could give us insights into our current cultural moment, which is arguably just as tangled and rage-saturated as the 1960s were, when Neil Armstrong first set foot on the Moon.

When arguing that the Moon landing was faked, conspiracy theorists tend to cite several outlandish factors as evidence—though all of these explanations are easily disproved by science and reason.

For example, one argument cites the fact that the American flag in the photos appears to be moving in the wind. The problem: There is no wind on the Moon. However, the truth is that the flag appears to be flapping because an astronaut had just placed it into the ground.

From the absence of visible stars to the arrangement of the shadows in the Moon landing footage, there are many purported flaws that conspiracy theorists have used as proof that the landing was faked. However, science begs to differ.

Suspicious minds also cite the Van Allen belts, which are zones of energetically charged particles that surround Earth, saying that the spacecraft could not have passed safely through such a toxic field of radiation. In reality, Apollo 11 rocketed straight through the Van Allen belts, moving fast enough to avoid any significant damage.

As far out as these observations might seem, however, they are virtually down-to-earth (pardon the pun) when you compare them to the beliefs held by Flat Earthers. This peculiar sect argues that Earth is actually flat, and its spherical shape is a massive government conspiracy. They propose, therefore, that the Moon landing had to have been faked because – you guessed it – the Earth is flat, surrounded by an ice wall, the existence of which is guarded closely by NASA and known about by only a few select members of the intelligentsia.

No, Danny, Stanley Kubrick Did Not Film the Moon Landing

While there are dozens of Moon landing conspiracy theories floating around in the ether, there is one particularly well-known explanation as to how the government might’ve crafted the illusion that the mission was a success. Many have latched onto the idea that renowned movie director Stanley Kubrick filmed both the Apollo 11 and 12 Moon landings in a Hollywood studio. 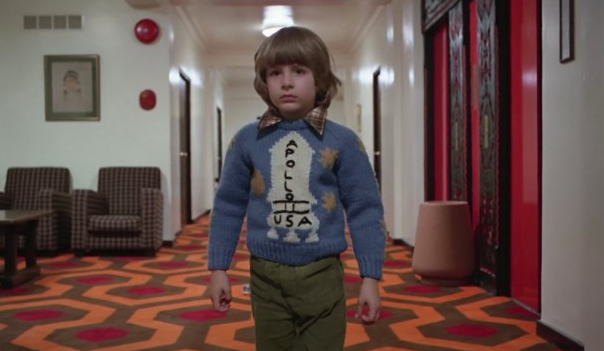 "Danny" in Kubrick's The Shining. Image via Screen Prism

In 1968, Kubrick released his classic 2001: A Space Odyssey. The film’s depiction of space was so accurate and realistic (for its time) that after the Moon landing, many viewers proposed that the U.S. government had hired Kubrick to fabricate the event.

The craze was reignited when Kubrick’s The Shining came out, especially because of the scene where the character Danny wears an Apollo 11 sweatshirt, and some took this as a veiled confession. No doubt the people who believe this theory are the same folks who believed Paul McCartney was dead because he crossed Abbey Road in bare feet.

Season of Illusions: The Strange Summer of 1969

The most important part of any conspiracy theory is the motive for the (supposed) conspiracy. Those who believe that the Apollo 11 landing was fabricated propose that the U.S. government, desperate to win the space race with the Soviet Union, fabricated the Moon landing to catalyze an upsurge of nationalistic zeal and to further intimidate its rival power.

This belief is rooted in the sociocultural and political context of the time that the Moon landing occurred. Suspicion was in the air during the summer of 1969. The year before, deployment of troops in Vietnam had reached its highest numbers, and the Tet offensive exposed the government’s dishonesty about the “progress” of the war. Also that year, reasons for distrust had been heightened by the assassinations of Dr. Martin Luther King, Jr. and Senator Robert Kennedy, which both germinated their own fair share of conspiracy theories.

By that historic summer, many had lost faith in the integrity of “the Establishment,” and people were full of anger at the mainstream forces that they believed were controlling their lives. Riots filled the streets, including the Stonewall riots on June 28th, which kickstarted the LGBTQ+ pride movement.

Just a few weeks after Stonewall, Charles Manson and his “Family” brutally murdered the actress Sharon Tate, along with several of her friends. Woodstock took place in mid-August. Throughout, the threat of a nuclear war was ever-present, the U.S. was embroiled in a messy war of its own, and songs of revolution played constantly on the radio, fueling the flames of a culture that was pulling away from the government. In the middle of it all, the U.S. landed Apollo 11 on the Moon. 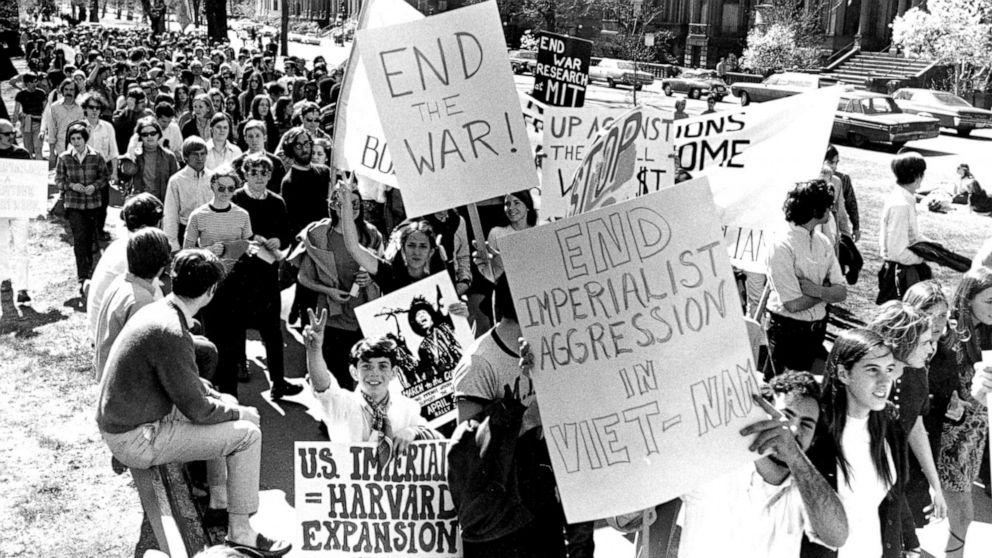 In her famous essay about the summer of 1969, Joan Didion describes the general feeling in Los Angeles at the time: “There were rumors. There were stories. Everything was unmentionable but nothing was unimaginable.... A demented and seductive vortical tension was building in the community,” she writes in The White Album. “The jitters were setting in. I recall a time when the dogs barked every night and the moon was always full.”

It was a time of unrest and rage, born out of frustration with the government, with conformity, and with restrictive social norms. The Beatles were everywhere, the hippie subculture was fading while punk was just beginning to appear, and the world teetered on the brink of the technologically saturated and environmentally devastated modernity it would soon plummet into.

This is not to say that all these things directly caused the appearance of the Moon landing conspiracy theories. But it is to say that perhaps this confluence of factors planted a seed, a seed nourished by fear of change and distrust of the government, especially with its military and offensive arms, always casting their long shadows across the globe.

Why We Believe Conspiracy Theories At All

Still, the fact that there were a lot of strange factors at play at the time of the Moon landing doesn’t explain why so many people believe something that is so clearly impossible. After all, the Moon landing could not possibly have been an illusion. First and foremost, the sheer number of people who would have had to be in on it – and who would’ve somehow managed to keep the secret for so many years – is simply unfathomable.

In light of the effort it would’ve taken to force technicians, astronauts, video editors, and mathematicians to stay in on the secret, faking the landing might have been more challenging than actually going to the Moon.

In order to understand why people still believe the landing was a hoax in spite of all the proof that it was not, we’ll need to take a closer look at the inner workings of the human mind.

Psychologists have stepped in to propose a number of explanations for why people are drawn to conspiracy thinking. One study argues that conspiracy theories corroborate preexisting ideas we have about the innate chaos of the universe. Essentially, people who believe conspiracy theories are already filled with distrust, and so they are drawn to proposals that align with their views and prove that some big hoax is going on under the surface. By feeling like they have outsmarted this apparent hoax, they can craft a semblance of control instead of feeling helpless in the face of a confounding world.

By this logic, conspiracy theories can be seen as ways of making sense of gaps in information. Perceptual scientists tell us that evolution has hard-wired us to perceive only select parts of our reality, and so it makes sense that sometimes there is a disparity between what we see and what’s actually out there.

According to the psychologist Robert Brotherton, conspiracy theories are ways of patching up these gaps our perception, creating connections between random or inexplicable events. “When we’re uninformed – and we’re all ignorant about a lot of things – our brain indiscriminately uses whatever is at hand to plaster over the intellectual blind spot,” he writes. But that doesn’t mean that all conspiracy theorists are paranoid fear-mongers; in fact, Brotherton argues, we are all to some extent conspiracy theorists.

Only 12 men have ever walked on the Moon. For the rest of us who have been earthbound our entire lives, that reality can be somewhat hard to comprehend. Combine this with the cultural insecurity bubbling up during the years just after the Moon landing, and it’s not so hard to see why Moon landing conspiracy theories have remained in the collective consciousness, even so many years after Apollo 11 touched down on the lunar surface. 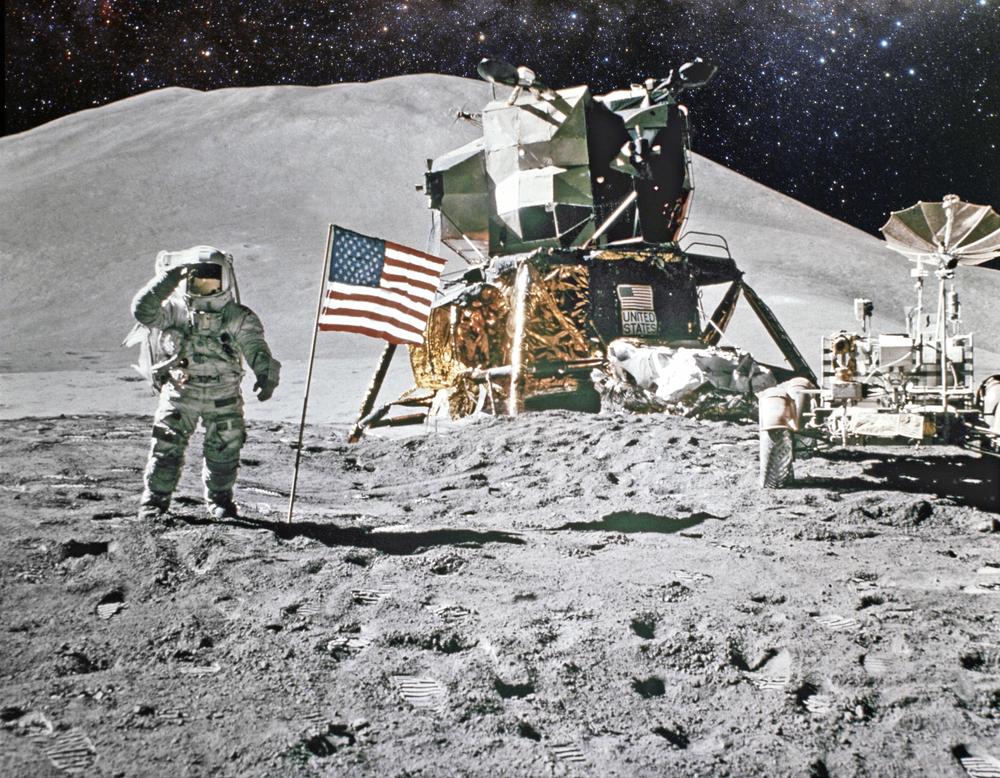 Men on the Moon: The Story of the Apollo Moon Landings

NASA revolutionized the trajectory of space exploration through its Apollo program in the 1960s and 1970s. Over four and a half years they sent a dozen men to the Moon, and…

Are we in the midst of a new “Space Race”? It certainly seems so from all the international activity in areas such as exploration, proposed industrialization, even militarization.…

For Earth to foster life required many processes to happen in the right order and time. Had Earth formed elsewhere in our Solar System, it might not have been the beneficiary of…

While space travel seems out of this world, it comes with a cost. Each mission has physical and psychological effects on astronauts. As we try to push further into space, it’s…