Our unconscious mind controls many of our actions and our thoughts. But understanding how to influence our brain can put us back in the driver’s seat.

Did you know that around 95% of your brain activity happens without you knowing about it?

Imagine all of the thoughts you have on a daily basis – from how you make your coffee to the memories racing through your mind as you try to fall asleep at night – and then consider the fact that they comprise only five percent of your brain’s activity.

While we may feel in control of our lives, what we see and know of the world is only the tip of the iceberg. The truth is that most of our actions are governed by mechanisms we’re not aware of, from unconscious biases to inherited instincts to habituation to trauma responses.

But that doesn’t mean it’s impossible to dive below the surface and move a few things around. You don’t have to live your life like the Titanic, barreling blindly toward looming icebergs. Science has shown us that it is possible to alter some aspects of our unconscious minds, pointing them in different directions and changing even the most deep-rooted habits. 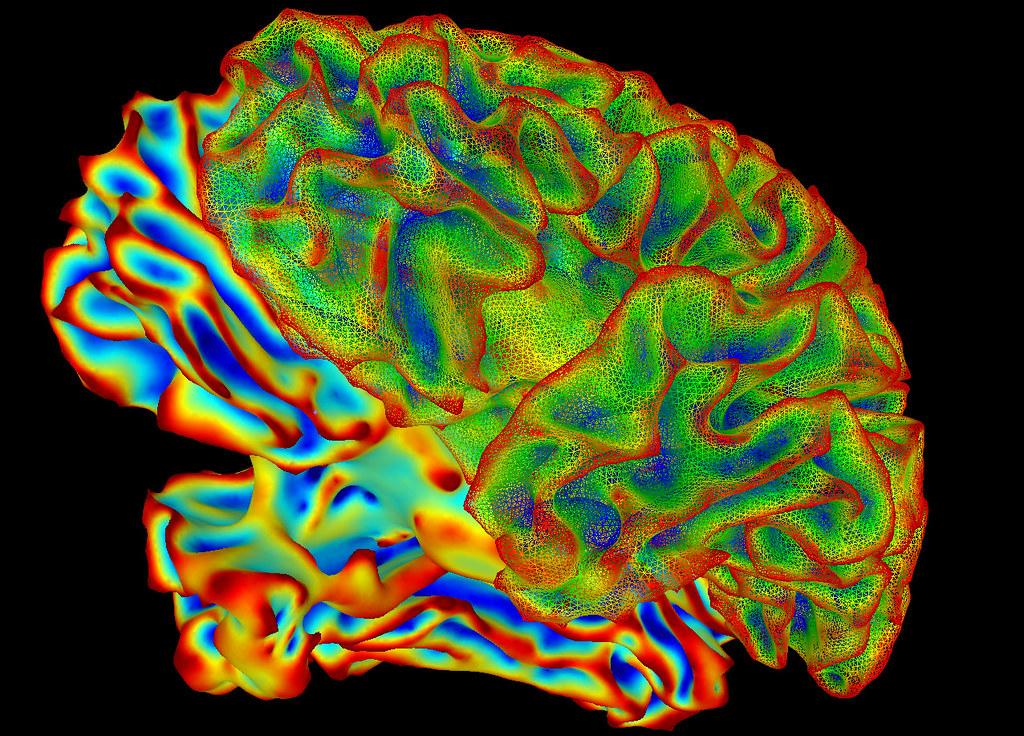 Marketing companies have been taking advantage of this for decades, subtly diverting your attention and tapping into your unconscious desires in order to sell you stuff. Ancient gurus have also been doing this for thousands of years, helping followers shift their default states toward peace instead of fear and desire. (And, as we’ll see, recent scientific studies have affirmed that meditation is one of the most powerful ways to rewire the unconscious mind.)

So put on your scuba gear and get ready for a dive into the icy deeps of the unconscious. You may see some spooky fish and perhaps a shark or two, but you might just emerge with a better understanding of your own actions and new ideas about how to reshape your life.

Go deeper into the world of the brain with the MagellanTV documentary “Curious Minds.”

What Is The Unconscious?

First off, you may be wondering: Is the proper term “subconscious” or “unconscious”? While both words were used interchangeably by intrepid traverser of the unconscious mind Sigmund Freud in his early work, he later used “unconscious” alone to avoid confusion. Today, “unconscious” is generally the standard term in professional literature on the subject, according to Dr. Michael Craig Miller of Harvard Medical School.

Now that that’s settled, let’s get to defining what the unconscious actually is. In essence, the unconscious is everything that happens in our minds that we are unaware of. Our unconscious minds are the control centers for our homeostatic impulses, which are our natural bodily functions, from breathing to sweating under pressure. They also contribute to creativity and even to solving complex math problems.

“Through your autonomic nervous system, [your homeostatic impulse] maintains a balance among the hundreds of chemicals in your billions of cells so that your entire physical machine functions in complete harmony most of the time.”  – Brian Tracy 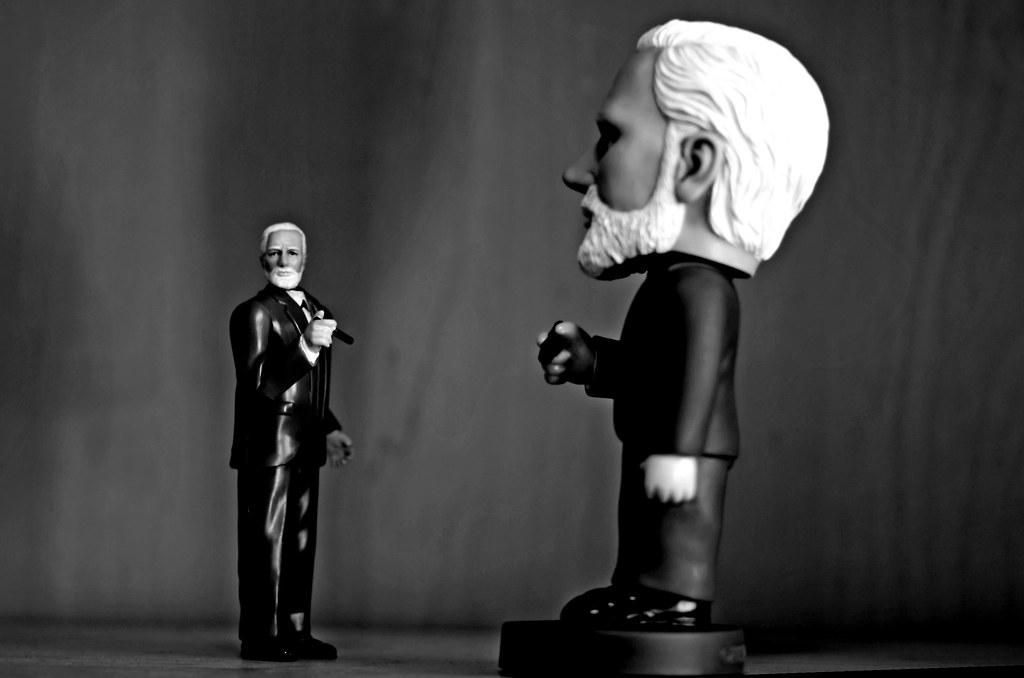 Sigmund Freud bobbleheads. (Credit: One From RM via Openverse)

Mentions of the unconscious mind appear in the Vedas, ancient Hindu texts that date back to 2500 BCE. The unconscious is also a favorite subject of writers like William Shakespeare and philosophers from Friedrich Nietszche to Jacques Lacan, who pioneered the idea of a linguistic unconscious.

Since the unconscious mind generally evades perception, it has proven difficult to study, but new developments in cognitive science have offered increasingly detailed insights into the unconscious, as well as suggestions for influencing it.

Becoming Aware Of Your Unconscious Mind

One of the most powerful things we can do to work with the unconscious mind is simply to become aware of it. While this is easier said than done, there are many different ways to try.

According to Stanford University professor Hans Steiner, keeping a dream journal is one great way to get in touch with our unconscious. Expressive writing – or writing down a stream of consciousness without any judgment or pauses – is another tactic that can provide a valuable window into the unconscious, Steiner says.

Paying attention to patterns in your creative work can also provide hints into what’s really bubbling down beneath the surface. This is a tactic frequently used by expressive arts therapists, who utilize poetry, journaling, painting, improvisation, and all manner of art as a way to help people heal by releasing repressed emotions through the act of creating.

As a child, surrealist painter Rene Magritte witnessed his mother’s suicide, and, later in life, his paintings often contained violent imagery. He never intended to paint about his mother’s death, indicating that his unconscious was at work in his art. Of course, surrealism itself is often inspired by the bizarre terrain of dreams and the unconscious mind. 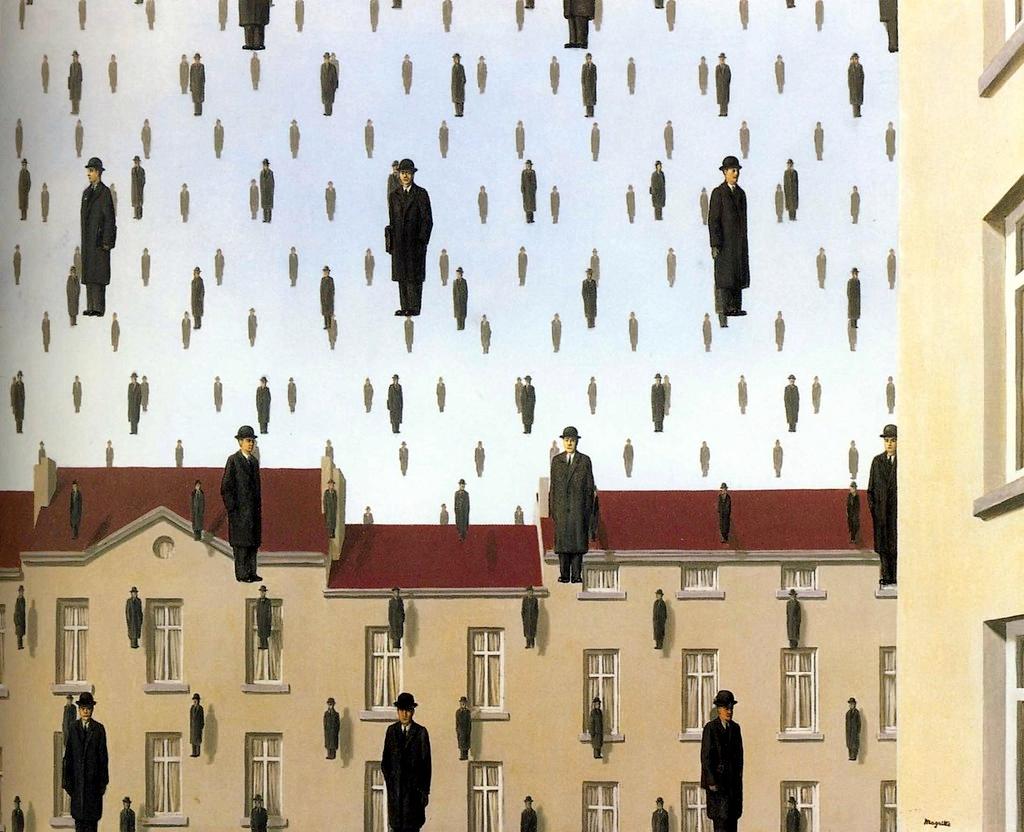 Another powerful method of getting in touch with (and influencing) the unconscious mind is meditation. Buddhists have always lauded the brain-altering power of meditation, and its effects are well-documented in science today.

A recent study from the University of Sussex found that people who meditate may be more in touch with their unconscious. The study was based on a notable 1983 experiment by Benjamin Libet that measured electrical activity in subjects’ brains while they pressed a button in front of them at random times. That study found that while participants felt they made the decision to press the buttons 200 milliseconds before doing so, electrodes in the brain fired 350 milliseconds beforehand, indicating that the unconscious brain made the decision first.

In general, our unconscious mind draws us to people, situations, and media that affirm our preexisting beliefs (a phenomenon also known as confirmation bias). The unconscious mind also loves thoughts, patterns, and people that feel familiar, which is one explanation as to why many people who were mistreated as children unconsciously gravitate toward partners who recreate their childhood dysfunction.

While it may be hard to break out of an old pattern, it is very possible to retrain your brain – and it all starts with becoming conscious of where, exactly, the autopilot you’ve been running on is taking you.

For example, if you’ve been playing a constant loop of self-criticism through your mind for years, your mind will likely seek out situations that will show you just how unworthy or lacking you are. But if you retrain your brain, slowly your thought patterns – and then your actions, and maybe even your life – may also change.

“Mind precedes all mental states. Mind is their chief; they are all mind-wrought. If with a pure mind a person speaks or acts, happiness follows him like his never-departing shadow.”  —The Dvedhavitakka Sutta

Affirmations are one popular way to hack your unconscious mind. Positive affirmations are statements that challenge negative beliefs, such as “I am enough,” or “I am grateful.”

Studies of self-affirmation theory have shown that we can build up our sense of self-integrity (or self-worth) by affirming positive beliefs, which can then improve our self-efficacy, or our ability to respond flexibly to situations and threats. Some research has even shown that self-affirmations can increase activity in specific neural pathways that can influence behavioral changes.

So try pinning a few positive affirmations to your desk – it can’t hurt, and it might just change your brain.

Visualizations and Gratitudes, Oh My

Visualization activities such as vision boards are also popular ways to attempt to influence the unconscious mind. Many studies have shown that visualizing yourself performing an activity can activate the same regions in our brains as actually performing that activity.

Some studies have found that visualization may even be able to help people heal their bodies. The mind-body connection has been proven many times over, and the effects of stress and other difficult emotions on the body are well-documented. But just as trauma and stress can harm the body, research is increasingly showing that positive thinking and visualization can help the body heal, even influencing how much pain we feel. For example, one recent study found that patients felt no change in their pain levels when holding a stranger’s hand, but their pain levels went down when holding a loved one’s hand. 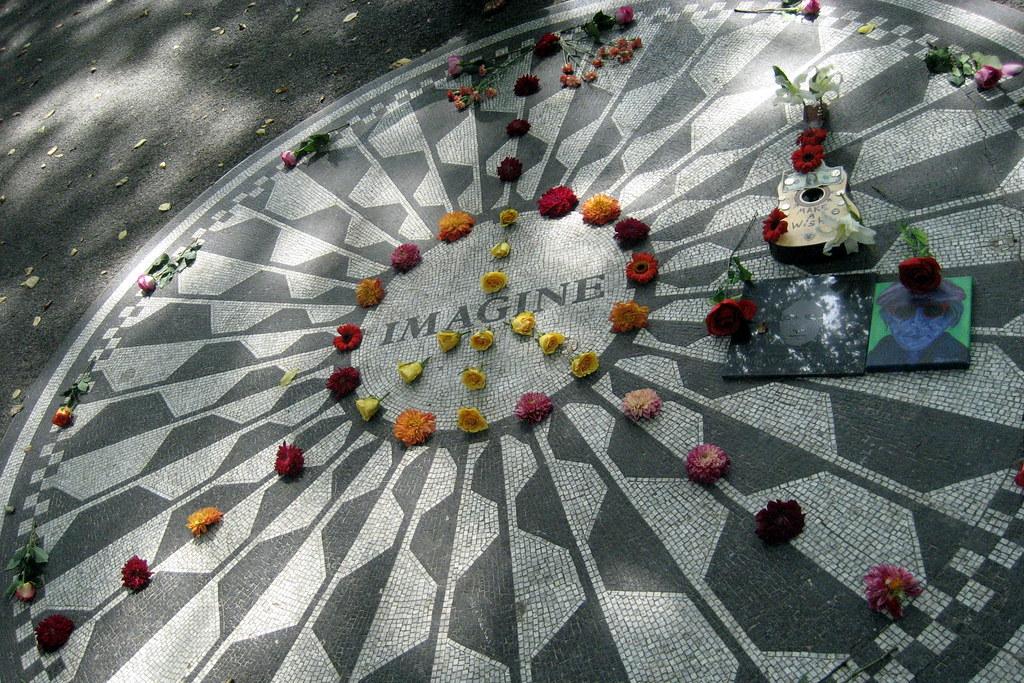 In 1975, psychologist Robert Ader and immunologist Nicholas Cohen coined the term “psychoneurommunology” (PNI), based on the idea that the mind can stimulate the immune system to improve immune functioning. Today, PNI is used alongside traditional treatment in many addiction recovery programs and hospitals.

Visualization may also help improve daily life. Research by Stanford professor Carol Dweck has shown that the more deeply we believe we can do something, the more likely we are to put in the work to achieve it. This belief in our own capability, also known as a “growth mindset,” can inspire us to face more challenges and new experiences of failure.

The Berkeley Well-Being Institute has found that growth mindsets can be cultivated by facing challenges, replacing negative thoughts with positive ones, focusing on the journey rather than the destination, and moving in the direction of your values.

Of course, one or two visualizations probably aren’t going to do much. Whether you’re keeping a daily gratitude journal, meditating each morning, or taking a deep breath every day before you greet your family after work, change is a practice. Fortunately, like any other habit, if you do it enough, it’ll become part of your daily autopilot, and you (at least the conscious part of you) won’t even have to think about it.

From Scuba Diver To Surfer: Taking Control Of The Unconscious

There are many other science-backed ways to rewire the unconscious and rewrite the story of your life. Techniques from traditional talk therapy to cognitive behavioral therapy are all based on changing patients’ unconscious minds.

Some methods of hacking the unconscious mind are simply common sense. For example, to really rewire your brain, you’ll need a little help from your friends. Surround yourself both with positive, peaceful imagery and with people who support you and affirm your values, and see what happens. 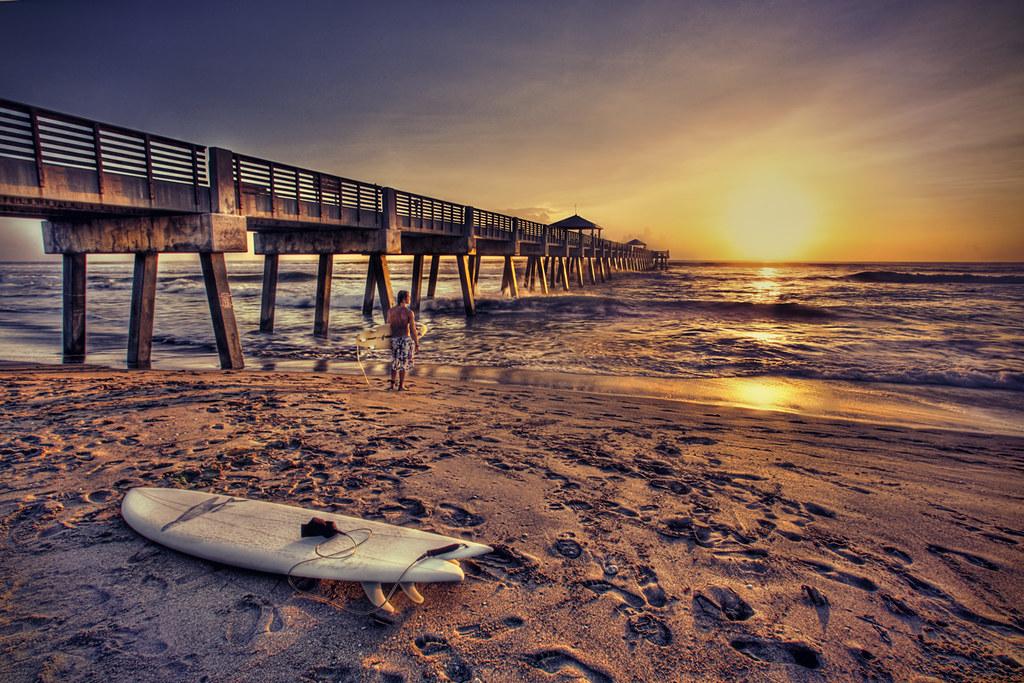 So, if you do choose to dive into the depths of your unconscious mind, yes, you may find sharks and strange creatures. But you might also realize that the sharks aren’t as scary as you thought, and maybe it was your fear keeping them trapped in the harbor all along. Before you know it, you’ll be surfing the crashing waves of life fearlessly.

OK, maybe it’s not quite that easy – but in the spirit of positive affirmations… surf’s up!

Eden Arielle Gordon is a writer, editor, and musician based in San Francisco, California. She graduated from Barnard College with a BA in English, and her work has been published on Grunge.com, Popdust.com, Lilith Magazine, and Untapped Cities, among others.

Music has long been understood to have mysterious properties to ease troubled bodies and minds. Starting in the early ‘90s, researchers were able to see in real time what melody…

Psychopath or sociopath? While some use the terms interchangeably, there are clear differences between them that have been debated among psychologists. Let’s take a look at what…